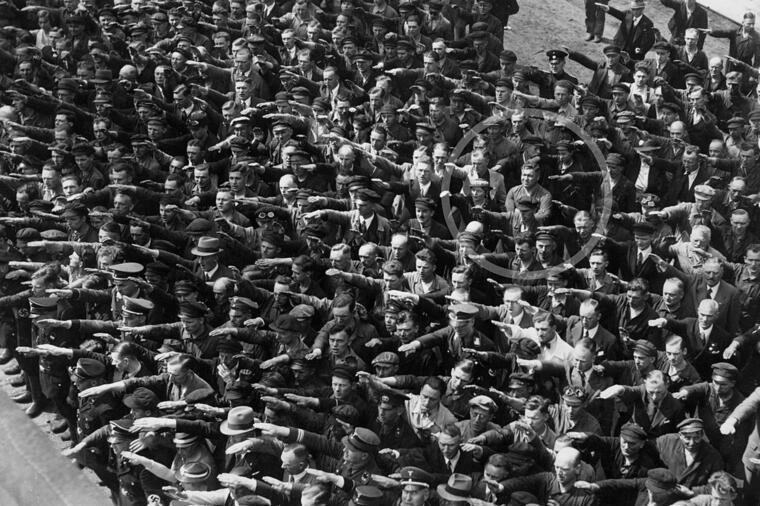 For almost 80 years, the story of a lonely man who refused to raise his hand and salute Hitler was forgotten. The photo appeared here and there, but the identity of the man, as well as the reasons that made him make this daring, but also suicidal move, were mostly unknown. Only recently, has the public learned about the tragic fate of this brave individual?

It was 1936 in Hamburg… Port workers gathered for the launch of Germany’s new warship, which in those years rose from the ashes of the Great War (the name for World War I) and poverty, enthusiastically greeted their new leader Adolf Hitler with his newly established greeting – “Sieg heil” (“Sieg heil”). Long live victory”).

Hundreds of hands rose into the air… all but one!

August Landmesser defiantly kept his arms firmly crossed, and his act of rebellion traveled the world after the photograph was developed.

Accepted by the Nazi Party in Germany during the 1930s, Hitler’s salute “Sieg heil” (“Long live victory”) was mandatory for all German citizens to demonstrate loyalty to the Führer, his party, and nation. To add to the irony, August Landmesser was otherwise a loyal Nazi.

Landmesser joined the Nazi party in 1931 and began to slowly climb the hierarchy of what would eventually become the only legal political force in the country. 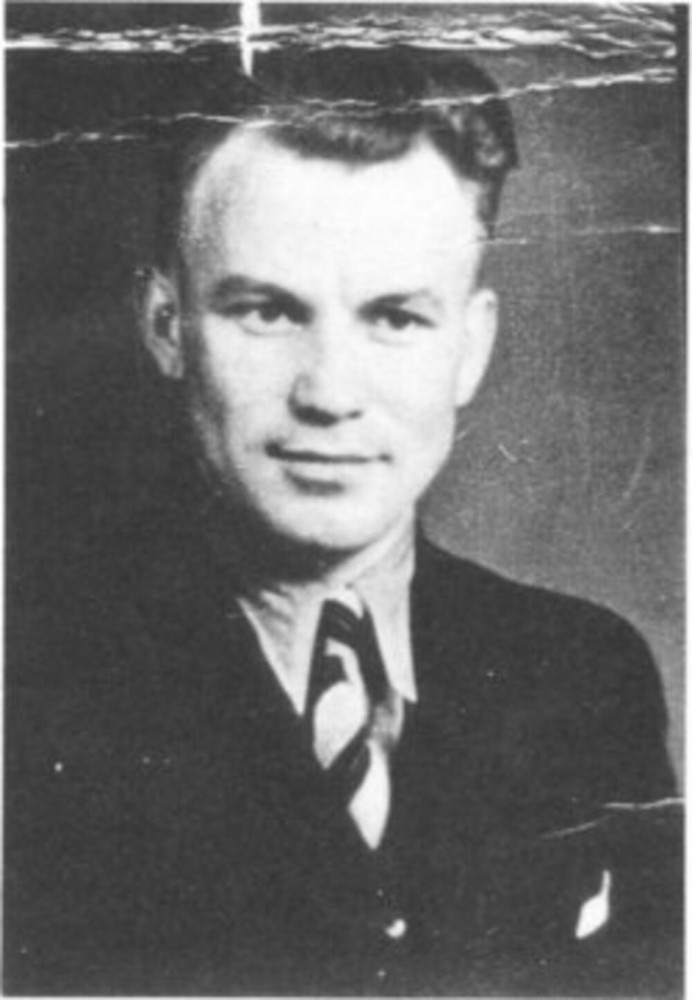 Two years later, he fell madly in love with Irma Eckler, whom he proposed to shortly afterward, in 1935. The only problem? Irma was Jewish.

When it was revealed who August was dating, he was expelled from the Nazi Party. He and Irma, regardless of everything, planned the wedding and submitted the request in Hamburg. Due to the so-called Nuremberg Laws, passed in September 1935, their marriage was forbidden, but the couple, nevertheless, began to live unmarried. That is how they welcomed the birth of their first daughter, Ingrid, in October 1935.

And then, on June 13, 1936, a rally took place at which Hitler launched a new navy ship, and August Landmesser followed it with folded arms. It was a silent act of rebellion of an individual who does not want to participate in the collective madness that spread like a contagion in Germany.

Family in the hell of Nazism

A year later, in 1937, August had enough of Hitler and the Nazis, and he tried to flee to Denmark with his family. He was detained at the border and accused of “dishonoring the nation” and, according to the Nuremberg Laws, “disgracing the race”.

Some 12 months later, Landmesser was released for lack of evidence but was advised to sever ties with Irma.

As he did not want to do that, Landmesser ignored the wishes of the Nazis and was arrested again in 1938, when he was sentenced to three years in prison, which he served in a concentration camp, and he never saw the woman he loved or his daughter again. 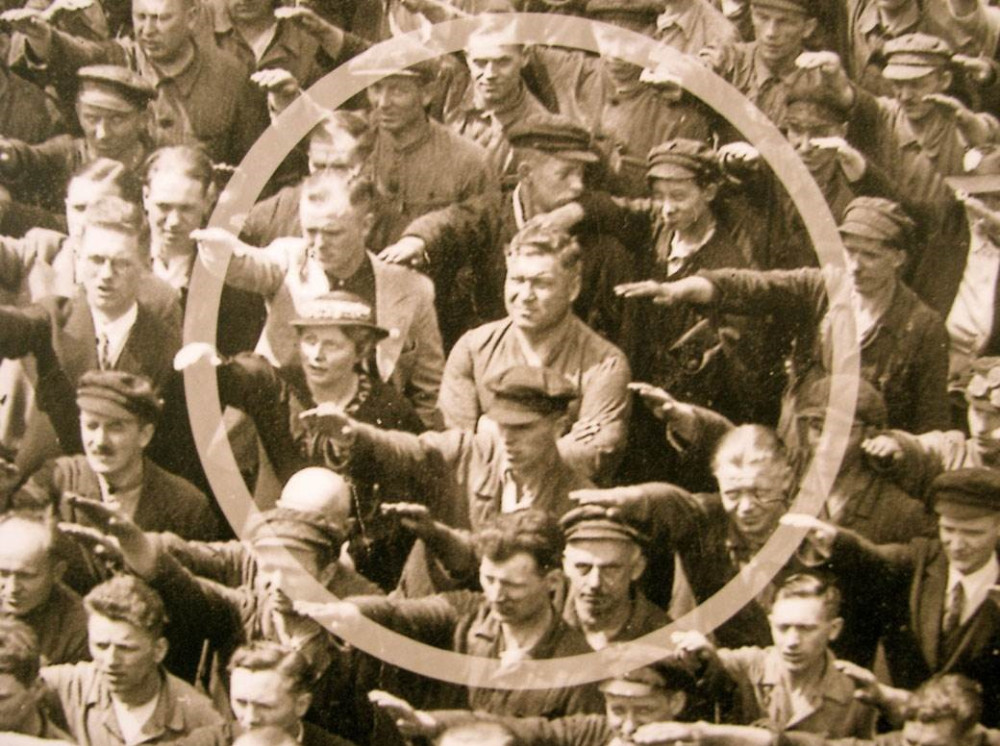 The Gestapo then arrested Irma, who was pregnant again at the time. She gave birth to a girl, Irena, in prison, after which she was sent to a women’s concentration camp.

The last letter from the camp was sent by Irma Eckler in 1942, after which all trace of her is lost. She is believed to have been transferred to a Nazi euthanasia center where she was executed along with 14,000 other people.

The children – Ingrid and Irena, were separated. Ingrid was allowed to live with her grandmother, and Irena was first in an orphanage and then with a guardian.

August Landmesser was released from prison on January 19, 1941. In February 1944, he was mobilized into the penal platoon – the 999th Light African Battalion. He disappeared from action and is considered dead.

The love of Augustus and Irma, stronger than anything and everyone, in the end still won… at least symbolically. In 1951, it was legally recognized when the Senate in Hamburg accepted that the couple was married.

The fact that August is the man in the picture was revealed by his older daughter Ingrid, who dedicated her life to preserving the memory of her parents. 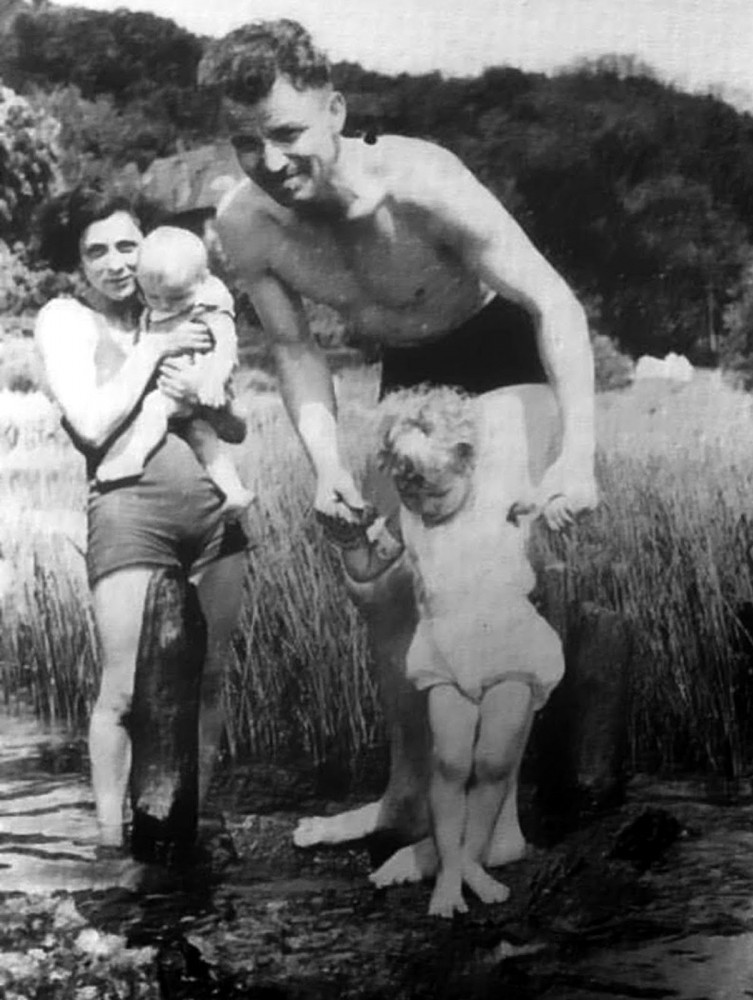 I hope you liked the instructive story of August Landmesser?