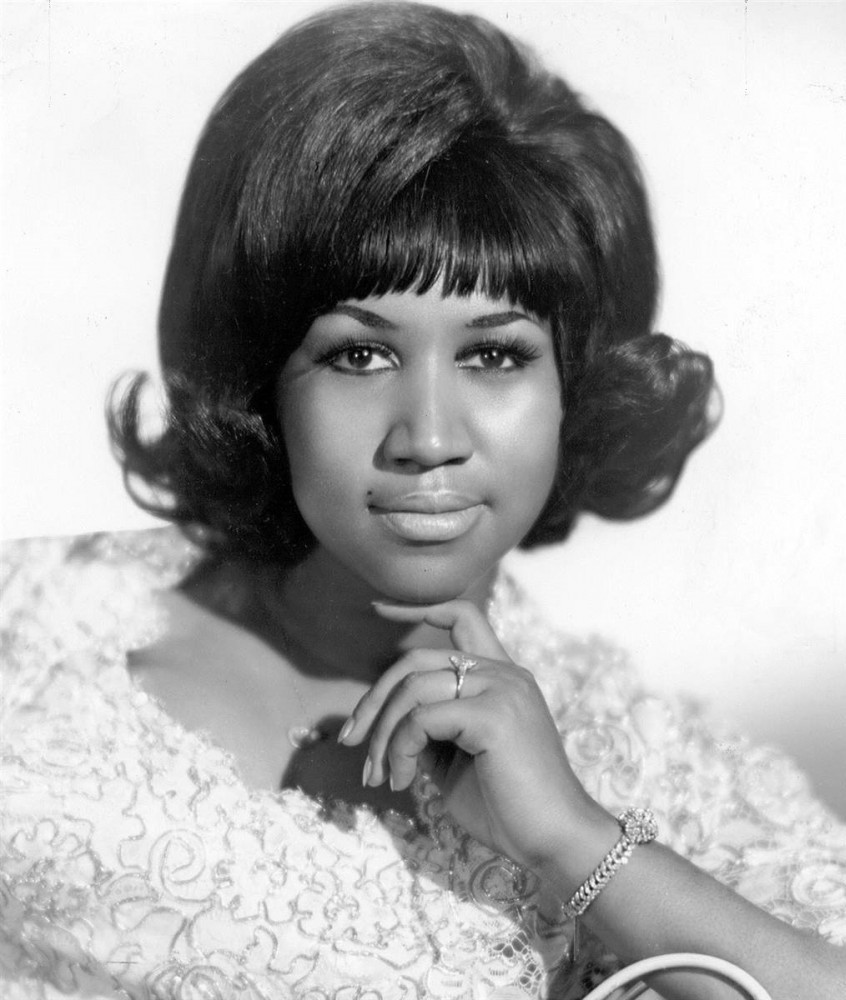 This is Aretha Franklin’s life story – a musical legend, the first singer to be inducted into the 1987. Rock and Roll Hall of Fame!

Aretha Franklin was born on March 25, 1942, as the fifth child of Baptist priest Clarence La Vaughan Franklin and singer and pianist Barbara Sigers. Marriage, so they divorced when the famous singer was six years old today. This event greatly affected her life, because she moved with her sisters and brother to her grandmother Rachel Franklin, who was her greatest support in life, and when Aretha turned ten, her mother passed away after a short, but severe, illness.

“I don’t even remember what my life looked like when my mom and dad were together. I remember that they quarreled very often, and that my sisters and I played as loud music as possible in those moments, so that we wouldn’t hear ugly words that are one It may sound harsh, but I was a little glad when they broke up and sent us to my grandmother, whom we affectionately called Big Mama, “the singer once said.

The death of the mother and the departure of the father are events that greatly affected the singer’s life because she has been left to herself ever since, since the grandmother did not have enough time for all the grandchildren.

“When my mother passed away, I grew up overnight. Grandma and aunts took care of us, but that wasn’t it. I didn’t have a childhood in the classical sense of the word, I took care of my sisters, and they took care of me. However, it’s not the same when you don’t feel any parental love at all “, revealed Aretha, who started singing at the age of thirteen, and at the age of fourteen she recorded her first album of church music called” Songs of Faith”. 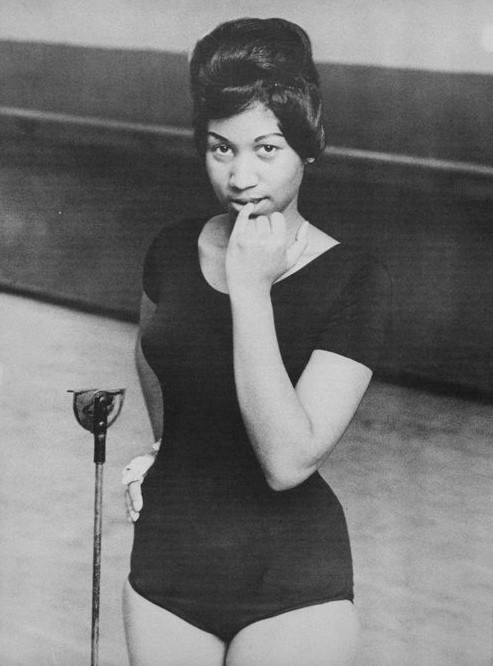 However, in the same year when she released her first record, Aretha became pregnant, so she had to retire from work for a while, and later opted for pop music. She never liked to talk about her pregnancy, and the fact that she remained in a blessed state for the second time after two years and did not want to reveal details again, made the media think that she was in love with a married man at that time.

“I became a mother at a very young age. I gave birth to a son, Clarence, at the age of fourteen, and Edward two years later. I never told them who their father was, nor will I. I know it’s selfish, but it’s just a secret I’ll take away. To the grave, “says a lady who later repented for a mistake from her youth.

In order to continue her career, which meant a lot to her at the time, she left her sons with her grandmother Rachel, who also raised her. Although it seemed like an ideal solution to her then, today she cites that procedure as a fatal mistake that she attributes to her immaturity.

“The saying is true: Youth is madness! I know I wasn’t a good mother at the time, I made the mistake of leaving my sons with my grandmother, but I had no choice. I needed money to support them, and I could only sing.They never lacked anything in a material sense, but I regret that I denied them maternal love and resent myself for not participating in their growing up. Later when I got back on my feet a little and became someone and something, I tried to give them as much as possible I dedicate. They are my golden boys, “said the now deceased singer.

And while Aretha’s career was on an upward trajectory, and the people loved and admired her voice more and more, with her turbulent love life, she began to draw the public’s attention to herself as a woman, and not just as a singer. In the early 1960s, she fell passionately in love with a family friend of her family, Ted White, and although her father vehemently opposed that love, the two were married in 1961. 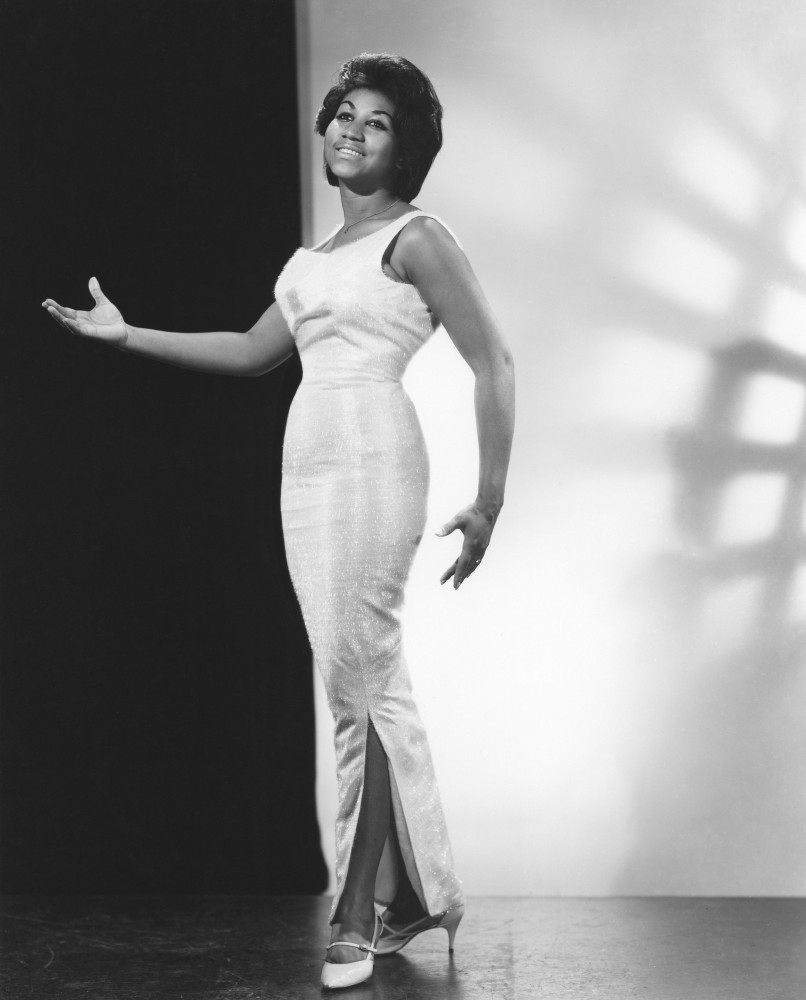 “My father defended our love and was very angry when he found out I was going to marry Ted, but I never cared about what others were saying. I was a real dreamer and deeply believed we would stay together for the rest of our lives. We were wonderful lied, Ted became my manager and traveled with me, and when our son Teddy was born in 1964, the two of us became estranged. We tried to save the marriage, but our fairy tale ended after nine years. I wasn’t sad when love broke, I wasn’t even disappointed, but I thought I would never be able to love again. I thought it was the end, because they taught me to love only once, which is not true, after that I fell in love many more times”, told honestly Aretha, who in 1987 became the first woman whose name was included in the house “Rock and Roll Hall of Fame”.

After the divorce, because of which, as she herself said, she did not suffer much, she began her romance with the man who organized her tours, Ken Konginhan, and the newspapers then wrote that he was one of the reasons why she divorced her first wife.

The two were in a relationship for seven years, during which time they had a son, Kelf.

“The two of us were united by a passion for music, we were very good friends, and then we discovered that there was some chemistry between us. After a long time in Ken’s embrace, I felt like a real woman. He was good-natured and silent, although I had never loved him before. He restored my faith in love and showed me that it is possible to love someone without a shred of reserve and the feeling that you owe your partner attention just because he is next to you. Our son Kelf is the fruit of great understanding and emotions that continue today. After seven years, we realized that it was better to break up and go back to a time when we were just good friends, “Aretha said in an interview. 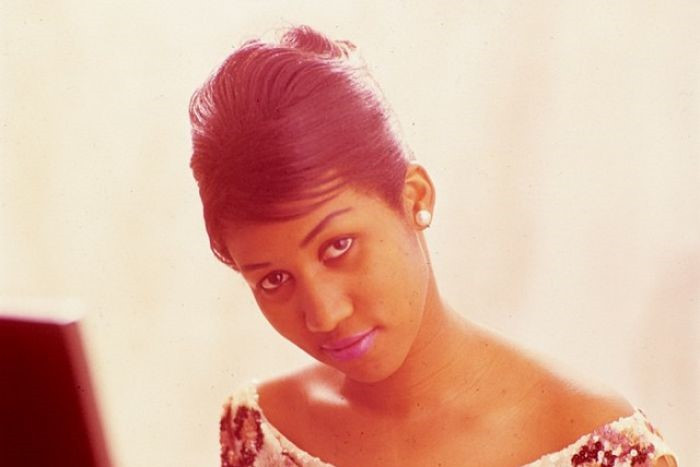 Two years after she broke up with her emotional partner in peace and harmony, she met actor Glin Thurman, who regularly came to her father’s church. She also fell in love with him at first sight, and they got married after a few months of dating. However, that chapter of her life ended in divorce, and then she decided not to surrender so easily to men.

“I loved all my partners with a pure heart and was faithful to them as only a woman can be. Because of all of them, I cried at night because I was hurt by trifles, injustices and quarrels. I don’t like to argue and that’s why I left them, and from Clay divorced after six years. That was enough to be together, and everything else would be torture for both him and me. After him I made the final decision: I don’t give up so easily anymore. My biggest problem is that I, although many claims that over the years I have become wiser and more mature, I have always listened to this crazy heart of mine that beats in the rhythm of soul and jazz and constantly hangs over my head a black cloud of sadness and grief that I can not get rid of, “said the singer.

As the youngest in the family, Aretha outlived all her sisters and brother and endured hard every time she knocked on the door of someone close to her, but as time passed, she learned to live with that feeling as well.

“Even when I was younger, and now, I’ve always been a great fighter and I didn’t want to depend on anyone. It’s not easy, but a man doesn’t even know what he’s ready for and how much burden he can carry until life serves him. “The hardest thing for me was when I started losing family members. Then my heart was falling apart and my soul was crying, even though no one had ever seen my tears,” claims the lady, who has eighteen Grammy Awards in her collection.

As a woman who has always been a human rights activist, Aretha has often emphasized in her life that her world consists of men who are her strength and support in every difficult moment she has survived.

“My sons are my world. They are my haven and I am glad that everyone loves each other, even though they are not from the same fathers. We are a small army that sticks together and fights as it knows and can in this cruel world. Although many claims if I were brave and fearless, if it weren’t for them, I would probably have died and surrendered many times by now, but they never allowed me to do that with their existence. Thank them for that. Those words, but I always loved them more than myself and sacrificed myself for them. They feel it and that’s why we get along so well, “the singer pointed out a few years ago.

Although no one could ever blame her for her voice, because of the color of her skin, she sometimes did not receive the recognition she deserved, and everything changed last year when she sang at the inauguration of the previous President of the United States, Barack Obama.

“I have always fought for racial equality, but in this cruel world my people have suffered a lot. Finally, a couple of years ago, when Barack Obama became our president, I realized that the time had come for us all to be equal and I am glad that I am she experienced that, “Aretha said during the term of the former president of the United States.

Famous singer, composer and pianist Aretha Franklin lost the battle with a serious illness on August 16, 2018! 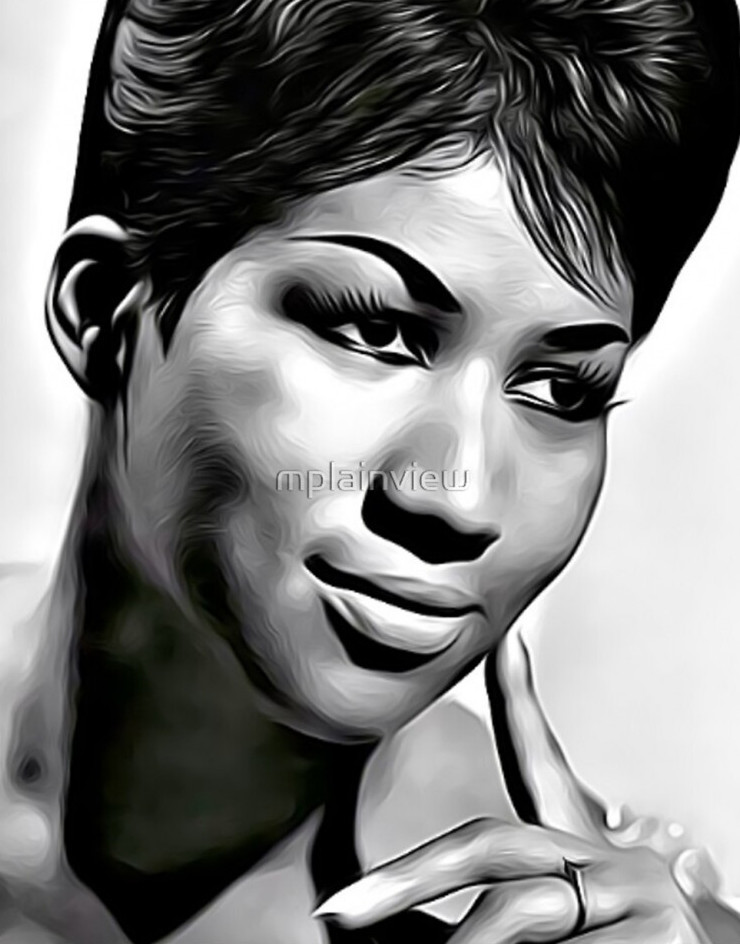 I hope you liked the biography of Aretha Franklin?