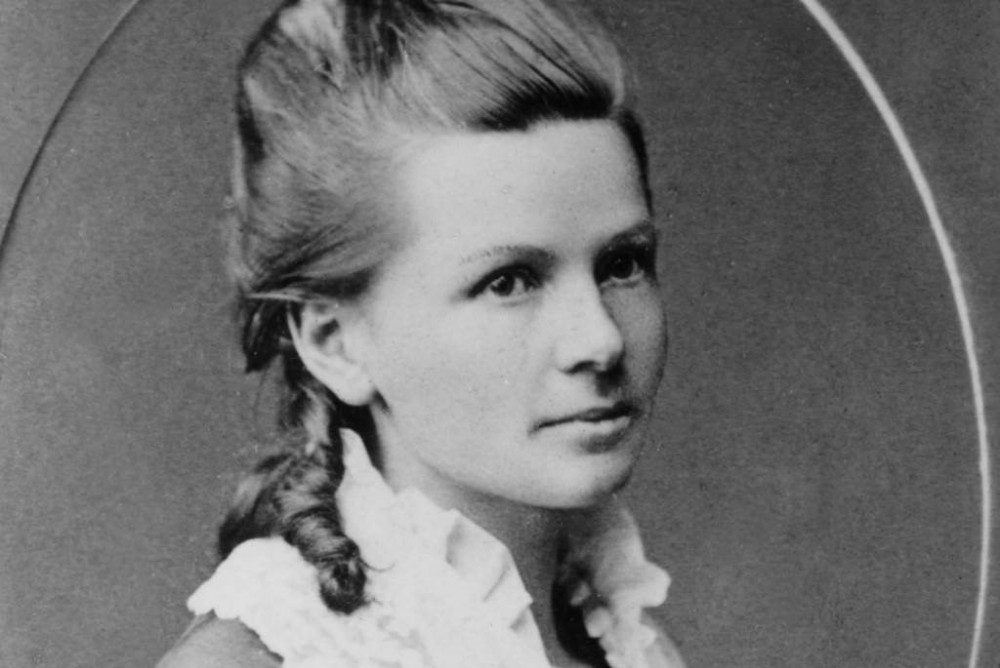 Isolated the electric wire with a garter and other problems that the woman solved when she first drove the car.

Demoralized, Karl Benz considered the idea of giving up the commercialization of his invention. However, his wife and business partner Bertha, appeared as a savior.

This is Bertha Benz – the woman who changed the world of cars!

Born on May 3, 1849, she was the wife of Karl Benz, a German engineer who is considered the inventor of the automobile. Berta went down in history on a 180-kilometer journey between Mannheim and Pforzheim in Germany, in a vehicle created by her husband: Benz Patent Motorwagen. It was 1888, and that first trip, which at that time was considered long, in the car, was one of the biggest turning points in the history of the automobile industry.

Bertha was an atypical woman, far from the conventions of her time. She studied everything that women were allowed to study at the time – in a family workshop, she studied mechanics with her father. With the money from the dowry, with the opposition of the family, she financed the project of her husband Karl and became an unofficial partner in his company, because at that time the woman had no right to run the business. After years of hard work, Karl finished his first vehicle in 1885. Finally, in November 1886, he received a patent for his three-wheeled car with an engine and rear-wheel drive.

Despite the enthusiasm with which Benz started the project and certain success, not everything went according to plan – no one was interested in buying that car. It is interesting that at the end of the nineteenth century, people were not interested in an invention that would make a real social and economic revolution in a few years. 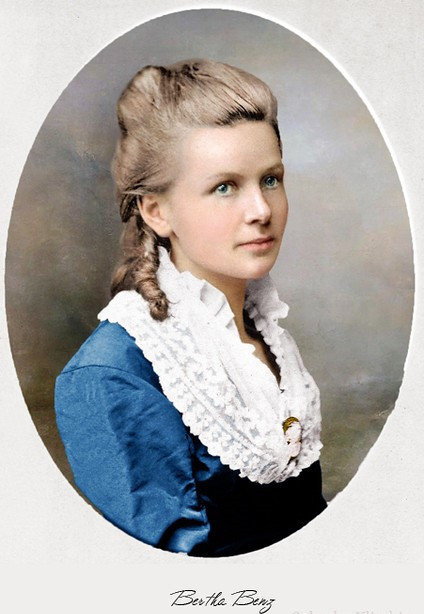 As I stated, Carl Benz, demoralized, considered the idea of giving up the commercialization of his invention. However, his wife and business partner Bertha appeared as a savior. Wanting to demonstrate to the world that the Benz-Patent Motorwagen would shape the future of transportation, she did something that could be considered almost a crime for a woman in 1888: she made a decision without her husband’s permission. Bertha, together with her two children, set off on a prototype vehicle. Before leaving, she left her husband a short note: “Let’s go to Pforzheim to see Grandma”.

Although Bertha’s goal was to show the usefulness and usability of this invention in the world, she became the first woman to drive the car, without intending to become one!

Bertha’s journey was not without difficulties. During the trip, she had to stop several times to pour Ligroin, an oil derivative that could only be found in pharmacies, and ask for the help of a blacksmith to repair a broken transmission chain. In addition, she solved several problems on her own: she unclogged the clogged valve with the needle from the hat, insulated the electric wire with a garter, and fixed the ignition system with a hair clip. Bertha found a solution to every difficulty she faced while traveling, even when she had to push the car a few kilometers when she ran out of fuel. 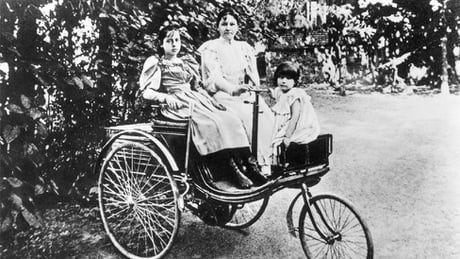 After twelve hours of traveling, Bertha and her two children finally reached their destination. In the press at the time, this feat resonated strongly because of the confusion that the passing of the car caused in the places through which it passed. The public attention that Benz needed was guaranteed. Thanks to various incidents that occurred during this trip, the vehicles were later improved and new devices were designed that became essential for today’s cars. One example is the brake pads that Bertha “invented” by adding shoe soles to weak wooden brakes.

With previous experience on the road, Bertha carefully planned her return. Upon arrival in Mannheim, interest in the invention jumped sharply. Most people were afraid when the car passed by them, but thanks to the explanations, the popularity of the invention and the inventor increased enormously.

Bertha Benz thus became the first person to travel by car. Today, the path that Bertha crossed is known as the “Bertha Benz Memorial Route”, the same as the one that Bertha Benz took in 1888. During the trip, it is possible to stop at the Wiesloch pharmacy, where there is a monument dedicated to Bertha’s feat. 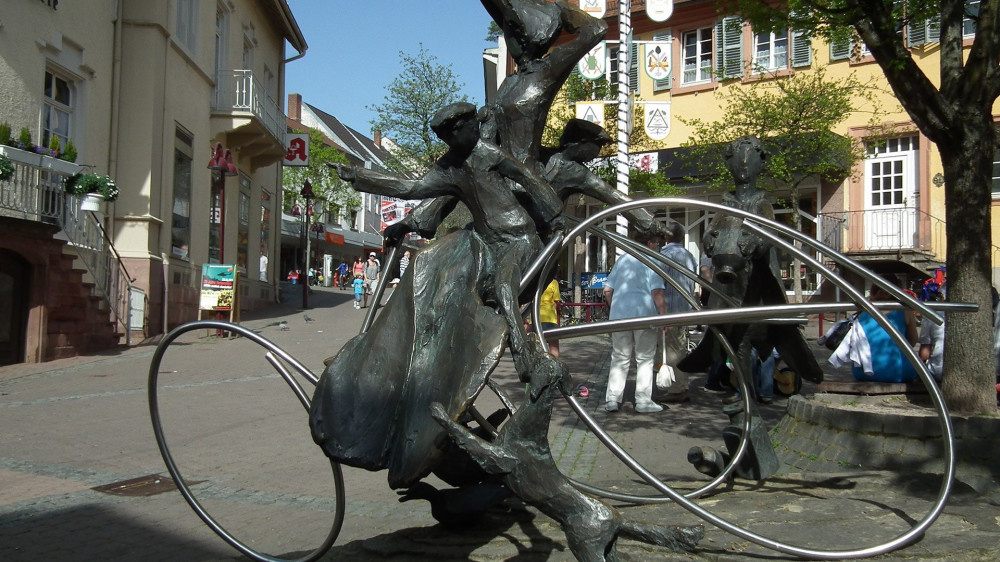 The success of Bertha Benz’s journey not only encouraged her husband’s career but also helped other inventors, such as Daimler, to continue researching and developing prototypes.

In a few years, the car became so popular that races were soon organized on the entire European continent, and later around the world. And all thanks to the decision and courage of one woman. 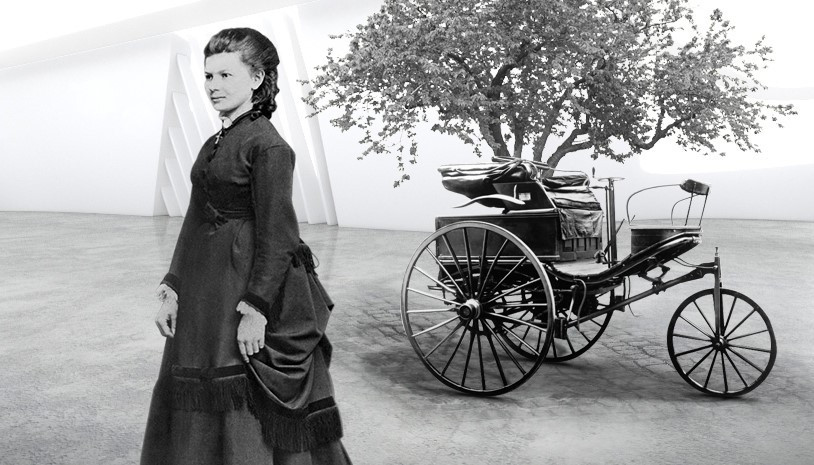 I hope you liked the content about Bertha Benz?