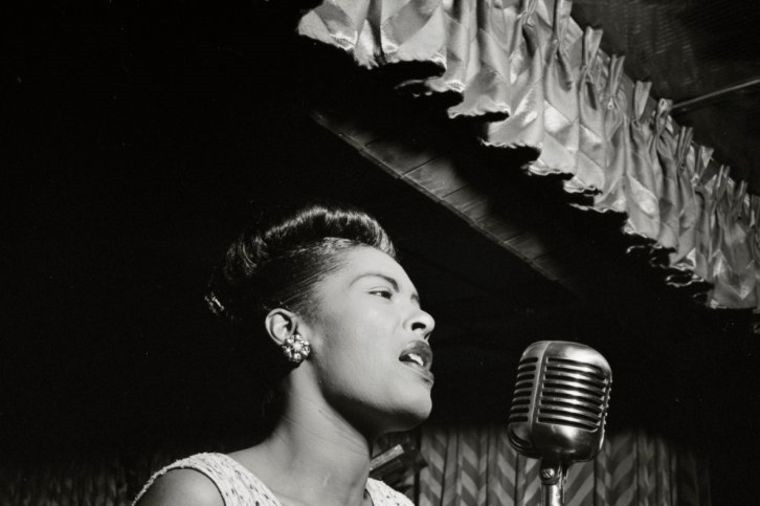 Billy Holliday, the queen of the blues, was born in Philadelphia on April 7, 1915. The queen of blouses, she comes from a poor African-American family. Her father, Clarence, was 15, and her mother, Eleanor Holliday-Sadie, was only 13. As is usually the case, as a dark-skinned poor girl, Billy had an unhappy childhood, and as she herself said, on the day she was born, God did not “give a discount.”

She started working at the age of 6. At the age of 11, she was raped by a neighbor. She spent her whole life next to violent men, and she was also a victim of racial discrimination, an alcoholic and a heroin addict.

Bill’s father Clarence, who was also a jazz musician, left Sadie, who was kicked out of the house by her parents because she did not want to leave her daughter in an orphanage. Sadie supported herself and Billy by doing hard physical work, while Billy had to stay with relatives who did not take too much care of her. While her mother worked, Billy was often left without food and water, and since she herself had to help her mother to support herself, when she started school, she was often absent. Since she was a neglected child by all parameters, the court sent Billy to an institution for African-American girls, which was a mixture of a school, a correctional home and a place to recover, but Billy was only there for a few months.

After moving to New York, Billy found her mother as an alcoholic and drug addict working in a brothel. Sadie dragged her into the world of prostitution, letting Billy do small jobs for the owner of the ship, and to be a cleaner, among other things, after which she became a prostitute as well as her mother.

She started smoking marijuana and consuming alcohol in a brothel. 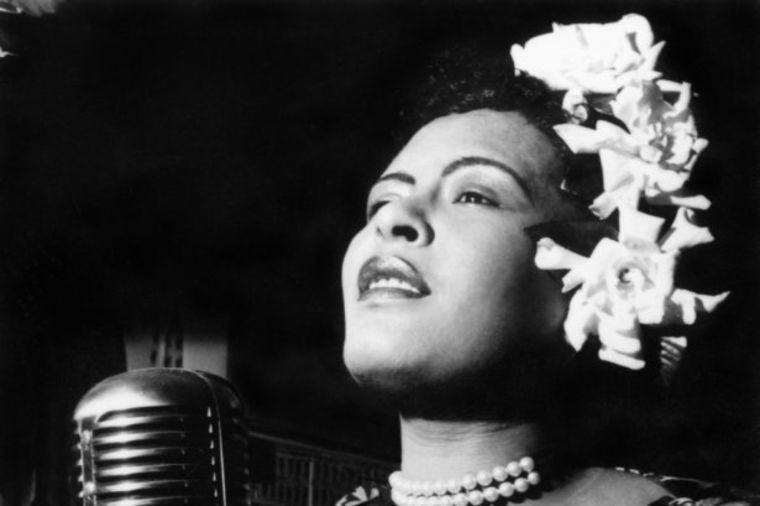 Around 1930, Billy began singing at local clubs. At the age of 18, she was discovered by producer John Hammond while singing at a Harlem Jazz Club. He connected her with clarinetist Benny Goodman, with whom she recorded her first hits “Your Mother’s Son-In-Low” and “Riffin ‘the Scotch” in 1934.

Since she immediately became known for her energetic and clean, but melancholic voice, excellent manipulation of longer phrases, Billy was invited to record a record with jazz pianist Teddy Wilson in 1935. She also recorded her most famous singles “What a Little Moonlight Can Do” and “Miss Brown to You” with them. That same year, Billy also appeared in the movie “Symphony in Black” with Duke Ellington.

It was also the time when she was hired by saxophonist Lester Young, with whose band she performed until 1937, when he nicknamed her “Lady Day.” That same year, she became a mega jazz star and one of America’s most famous singers as she became a soloist. Artie Shaw Orchestra.

It was sensational, and Billy was the only African-American soloist of that otherwise “white orchestra”. She traveled with him to America and reached the radio and Broadway. However, due to the constant racial discrimination, which was reflected in the fact that she had to enter the entrance for support staff in the bars and halls where they performed, as well as that she had to walk, because she was not allowed to enter the elevator with white gentlemen, Billy soon left this band. 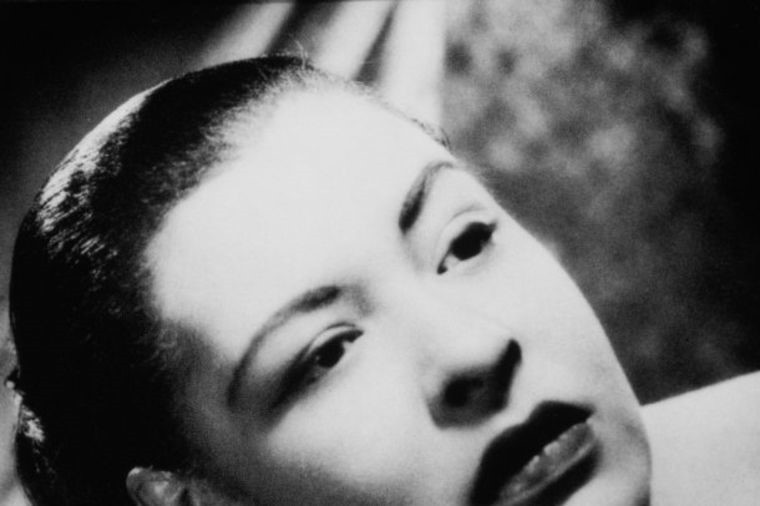 A lady with gardenias

Billy began her solo career at the Cafe Society in New York. Then she created her trademark – she performed with gardenias in her hair and her head slightly tilted back.

During this period, Billy also wrote two of her most famous songs – “God Bless the Child” and “Strange Fruit”, which she dedicated to her father and the hard life of African Americans. It became a big hit.

Frequent changes of partners, who were as addicted to drugs as she was, and the life in which she was enslaved to alcohol in general, were reflected in her creation. Songs such as “T’ain ‘t noboy bossiness If I do” and “My Man” refer to her marriage to James Monroe, with whom she started using opium.

For Billy, 1944 was a successful year after she signed a contract for “Deka Records”, which she marked with the hit “Lover Man”, but that period also brought her a downturn in her personal life, which marks addiction.

Her then-boyfriend, trumpeter Joey Guy, persuaded her to start taking heroin with him. This problem was especially aggravated by the death of her mother in 1945, after which she began to openly get drunk and take heroin, which is why she had to wear gloves that cover almost her upper arms at performances, so that the scars from taking drugs could not be seen. However, he also appeared in the movie “New Orleans” with her idol, Louis Armstrong in 1947. 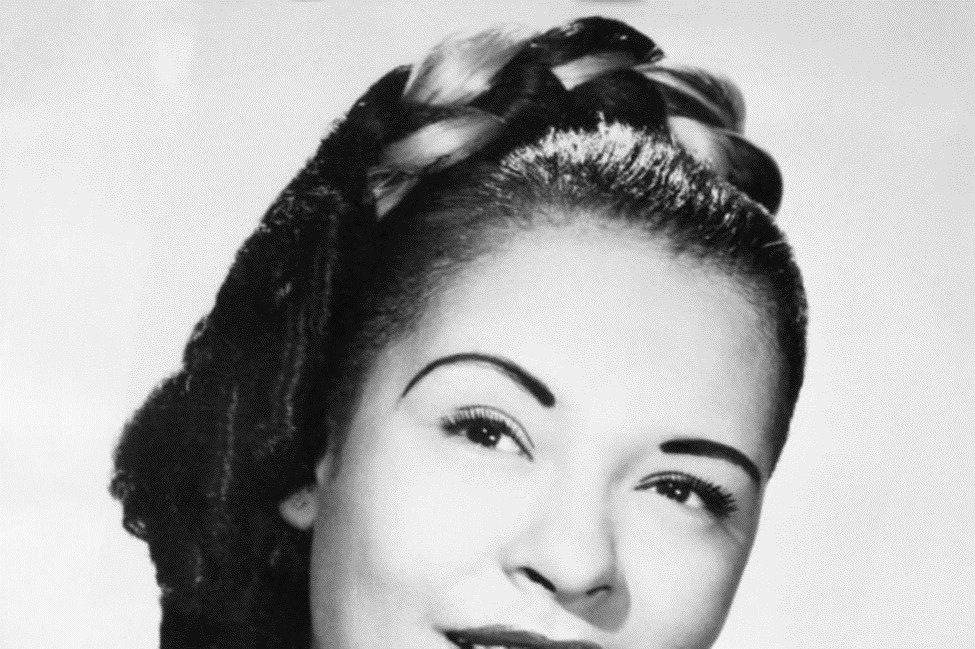 Although her drug use affected her voice and physical health, Billy, upon returning from rehab, threw herself into work to regain her work permit. She started recording for Norman Granz and toured Europe in 1954, which was a great success. This tour prompted her manager John Levy to arrange a concert for her at Carnegie Hall, which she did not dare to think about at first, since the hall (as it is today) was reserved for orchestras and punchers, mostly classical music.

However, the concert was very successful, on March 27, 1948. That is how she went down in history as the first singer of jazz and blues, of African-American origin, to hold a concert in this hall. This aroused great interest in Billy as a person and a singer, so two years after her return from a sold-out tour of Europe, her biography (“Lady sings the Blues”) was published. 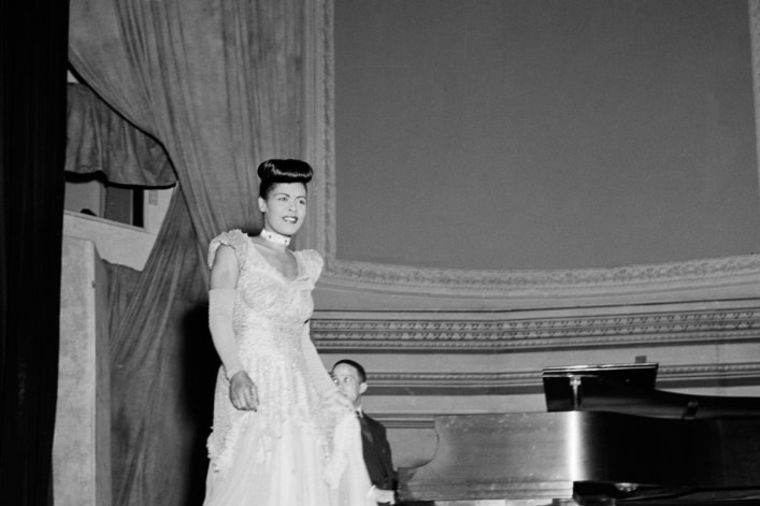 Husband Louis McKay was increasingly dragging Billy into heroin addiction, which resulted in her re-arrest, in 1956. After their wedding in Mexico in 1957, Billy had an appearance on “CBS” television, where, despite a change in voice color and lack of physical forces, with Ben Webster and Lester Young, held a big concert. After the filming of “Lady in Satin” in 1958, for the house “Columbia Records”, Billy was worse.

Because of taking heroin, she had heart problems, and when she ended up in the hospital, she was arrested for possession of drugs. She ended her life tragically, on July 17, 1959, from cirrhosis of the liver in a hospital room guarded by police officers, making sure that no one secretly brought heroin to the hospital.

Because of the song “Strange Fruit”, many consider her the initiator of the fight for the rights of African Americans and the abolition of racial segregation, which will flare up only after her death. She described herself as “black, raped and broke”, and she sang about it in many of her songs. Thus, she became the personification of the suffering of her compatriots in poverty and discrimination, which is why they consider her the first to raise her voice through a song against this injustice. With her songs and chords, she influenced the creation of Nina Simon and Janice Joplin.

Billy Holiday was posthumously inducted into the Rock and Roll Hall of Fame in 2000. 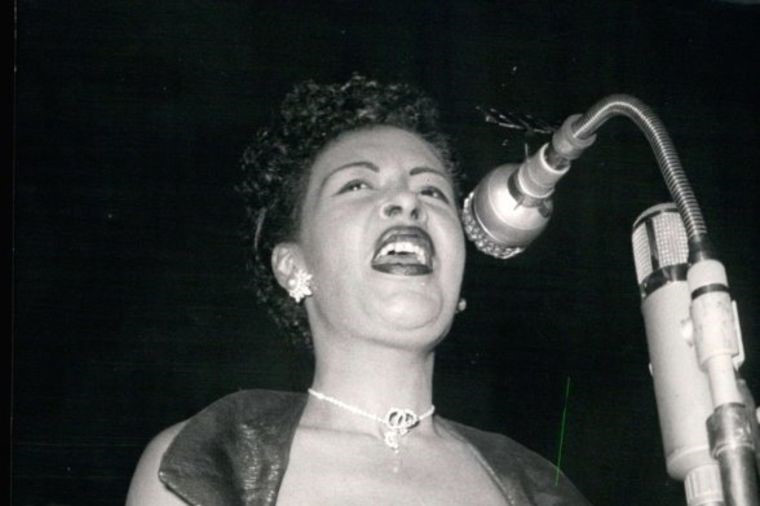 I hope you liked the biography Billy Holiday?