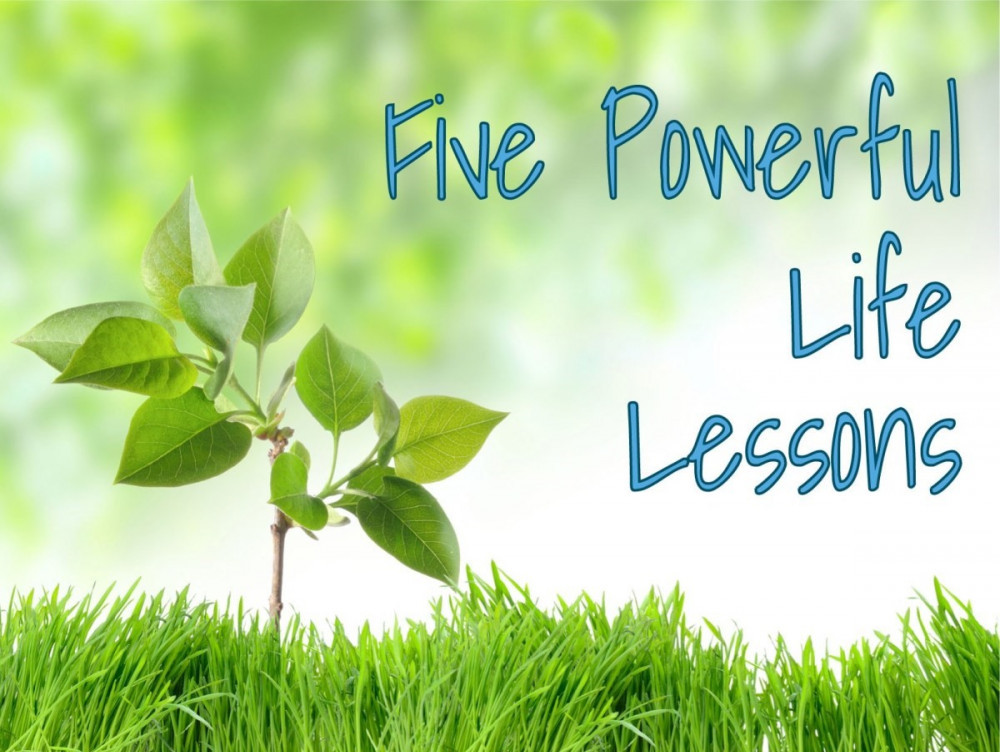 One of the most famous writers, Elizabeth Gilbert, whose one of the most famous works is “Eat, Pray, Love”, on the Oprah Winfrey website, shared with the audience an important scene from her childhood. In those few days, her mother masterfully played the role of a parent, and Elizabeth played another role in a school play. Then she learned five important lessons from her mother that she kept for the rest of her life.

“When I went to third grade, we had to prepare a school play called“ Lemonade Stand. ”The play was, of course, a lemonade stand, starring three girls who had been waiting a long time for someone to buy lemonade. While this may sound like an avant-garde production by Samuel Beckett, it was actually one of those generic plays written for third grade, with all 25 students in the class getting at least one sentence, except for the three lead actresses who are on stage and the whole play time say something.

Not to brag, but I was one of the most successful actresses in the third grade. My sister and I have already directed a dozen plays at home in the living room, and I had such a strong voice that they heard me all over the room, and beyond. Therefore, I had no doubt that I was the first choice for one of the main roles. But show business is cruel, so I didn’t get the role of one of the three girls who will stand behind the lemonade stand. I got the role of Mrs. Fields – the only adult character in the play. This may have made sense to our teacher since I was 25 centimeters taller than the other children in the class, but that was one of the smallest roles in the play. My character, Mrs. Fields, had only two sentences in the play.

Was I angry? No, I was broken.

In my grief, I did something so reckless that I still can’t believe I did it – I approached the teacher and said ugly words to her and that I wasn’t interested in her performance. Then I gave up the show and cried for the next seven hours non-stop. This is my mother’s turn. Such moments of unbearable sadness are a real test for parents. My mother was not a saint or an embodiment of virtue. She was an ordinary woman who, like many mothers, did her best for the benefit of the children, sometimes stumbling, and sometimes succeeding. But at this point in my life, she really triumphed. 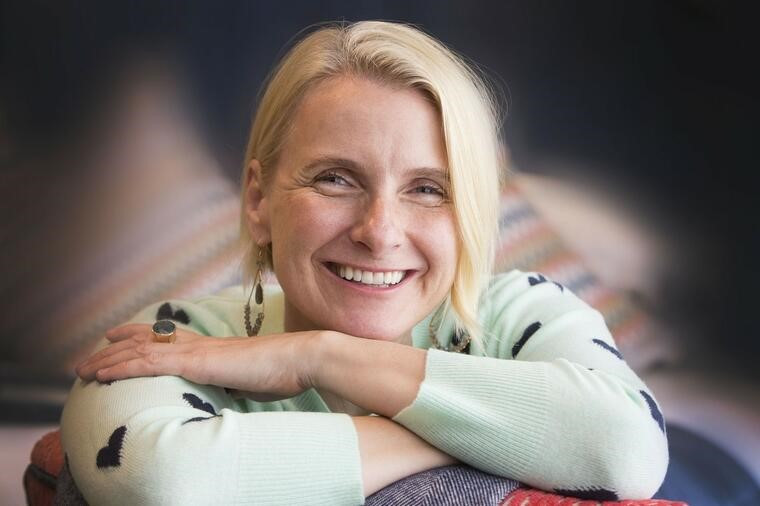 I’ll start with what she didn’t do: She didn’t go to the principal’s office and demand that her daughter get a better role, nor did she congratulate me on giving up the play with the words: “Bravo! Who cuts the teacher’s hair”! She never said that I did not deserve the role, nor did she allow my failure to feed her insecurities, fearing that her child (and therefore she) was a loser. And of course, it never occurred to her to say, “Get up, sweetheart, bad things are happening. Now your mom’s going to open a beer for you”.

She did this: has put together an amazing program of a few steps to help me recover.

First in line was loneliness. I cried, and she comforted me. But, when it comes to children’s grief, as well as adult grief, loneliness is only effective for a certain period. So my mother finally wiped away my tears and asked me, “Don’t you want to take part in the show, honey”? Yes, I wanted to! But I wanted to play the role of one of the three lemonade sellers. That or nothing!

Mom, of course, agreed with me. But since I can’t play a lemonade saleswoman, won’t I feel left out if I’m the only child who doesn’t participate in the play? I didn’t think about it. I didn’t even think about how I would feel watching all the other kids enjoy the show, just not me.

“Sometimes, the least roles are the most important”, my mom told me.

“What if you did your best to make your role as Mrs. Fields memorable”?

When my mother presented her wise plan to me, I could almost feel the tears coming from my cheeks back into my eyes. “But first you have to apologize to the teacher for calling her a goat and humbly ask for her role back in the play”, she added. I agreed embarrassed. The next morning, though quite nervous, I apologized to the teacher. She was surprised and accepted me back without any problems. As if she didn’t even remember the drama I had prepared for her.

(This taught me another important life lesson: No one really pays so much attention to our personal problems). 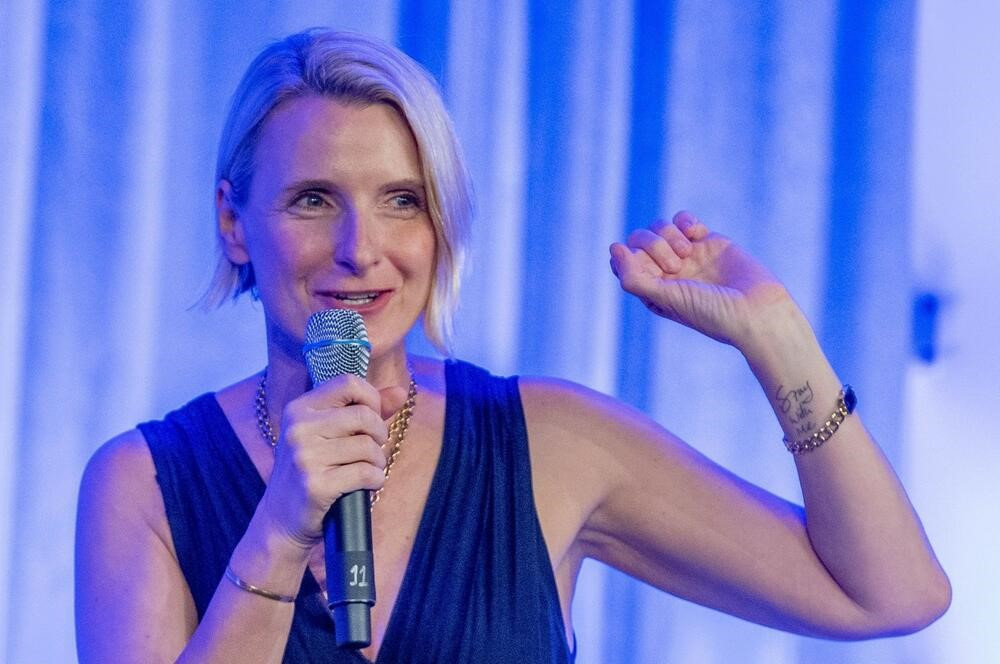 For the next month, my mom did her best to help make Ms. Fields’ role memorable. At least that’s how I felt. Now that I remember that period, I am aware that she had a smarter job than my play. For example, she had to run a family farm, conscientiously work as a nurse, raise another daughter, and nurturing marriage. But I didn’t notice any of that, because somehow she managed to make me feel like there was nothing more important than the two sentences we kept rehearsing for those four weeks, like preparing for the role of Ophelia in Shakespeare’s play.

We experimented with different accents, ways of walking, and attitudes. Best of all, in the second-hand shop, we found the perfect costume for the role of Mrs. Fields – a bright pink ball gown with big heels, a handbag and a big hat. (That will be quite impressive, considering that no child in the play will be in a costume).

That day came – the premiere of the play.

The hall was filled with moody parents who were just waiting for their child to say his sentence. When I appeared on stage, confident (and dressed like a transvestite), I felt the audience started. I overshadowed all the students, proudly walked to the lemonade stand, and said dramatically, “Can I have an oatmeal cookie and a glass of lemonade”? (I said it all in the strong Southern accent my mom remembered at the last minute.)

The audience burst out laughing. Still, deeply immersed in the role, I uttered the second sentence: “Thank you”!, To the three surprising stars of the play. But wait. The audience was still laughing, they were still enthusiastically watching my appearance on stage. Then it became clear to me that they wanted more! I decided to stay in the role of Mrs. Fields for a while longer. Instead of moving away, I walked to the middle of the stage, dropped an imaginary coin, and offhand said, “Keep the rest, sugar”. Then, as you can guess, the show had to be interrupted due to noise in the audience.

Later, I stood in the school hallway and received compliments as if they were showering me with bouquets of flowers. This was a great victory, and with my mother by my side, I knew it was her victory as well. My mother grew up in poverty and underestimation, always playing fewer roles than she deserved. Because she succeeded in life despite everyone telling her she wasn’t smart enough for medical school or sophisticated enough to be the wife of a naval commander, she was well aware of the pleasure when you exceed human expectations. The highlight for both of us was when the school principal approached my mother and shook her hand, saying, “You should take your child to Hollywood”. The pinnacle of great parenting? She didn’t take me.

Carol Gilbert had a lot of walking around the stages. Instead, she allowed me to enjoy my success for an hour, after which she took me home to perform my duties. The most important part of that day was over anyway.

But it was not a matter of thunderous applause from the audience, but that one mother managed to instill these five life lessons in her daughter:

1. Try to make the most of every situation you find yourself in.

2. If you are given the opportunity to speak, make sure your voice is heard.

4. Fully perfect your role. And most important of all:

5. If life gives you lemons, don’t just settle for lemonade – make a magnificent scene next to a lemonade stand. 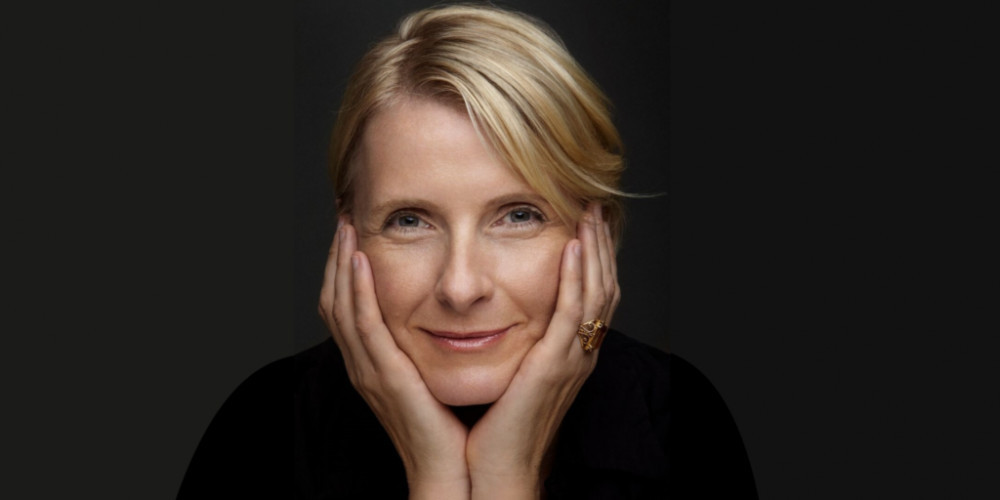 I hope you liked the content about the five important lessons?