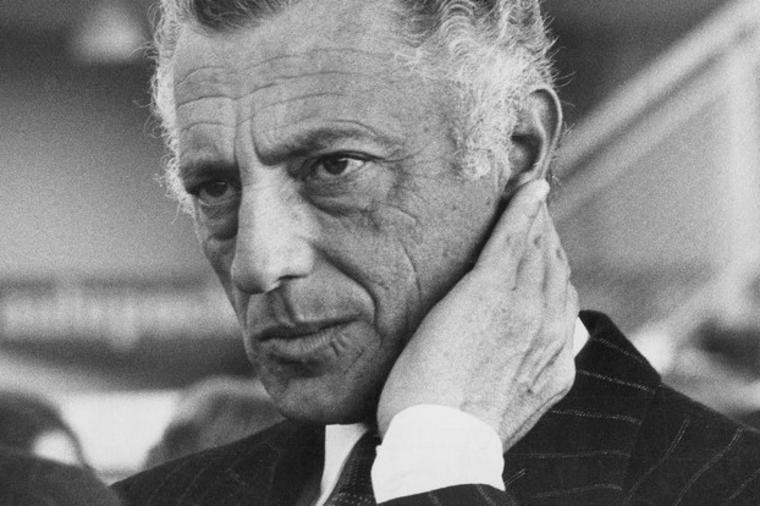 This is the life story of Giovanni Agnelli, a famous Italian industrialist.

Giovanni Gianni Agnelli was born on March 12, 1921, in Villar Perosa (not far from Turin), a village that has been the hearth of the Agnelli family for centuries. He was born in a marriage between industrialist Edoardo Agnelli and Princess Virginia Bourbon Del Monte, daughter of Prince San Faustino, Carla Del Monte. Gianni is his nickname, while his real name, Giovanni, was given after his grandfather, otherwise the founder of the company “FIAT”.

Giovanni was educated in Pinerolo, and in the Second World War he fought on the Russian, and then on the North African front, where he was wounded by a German soldier due to an argument over a woman.

Giovanni, the son of a princess, himself married a princess, Marella Caracholo, in 1953, with whom he had one son. His heyday came in 1966, when he inherited the family business and took over the management of the company, which we all know as “Fiat”. He spent the company through years of crisis to a corporation that at one point reached the value of one twentieth of the entire Italian economy. 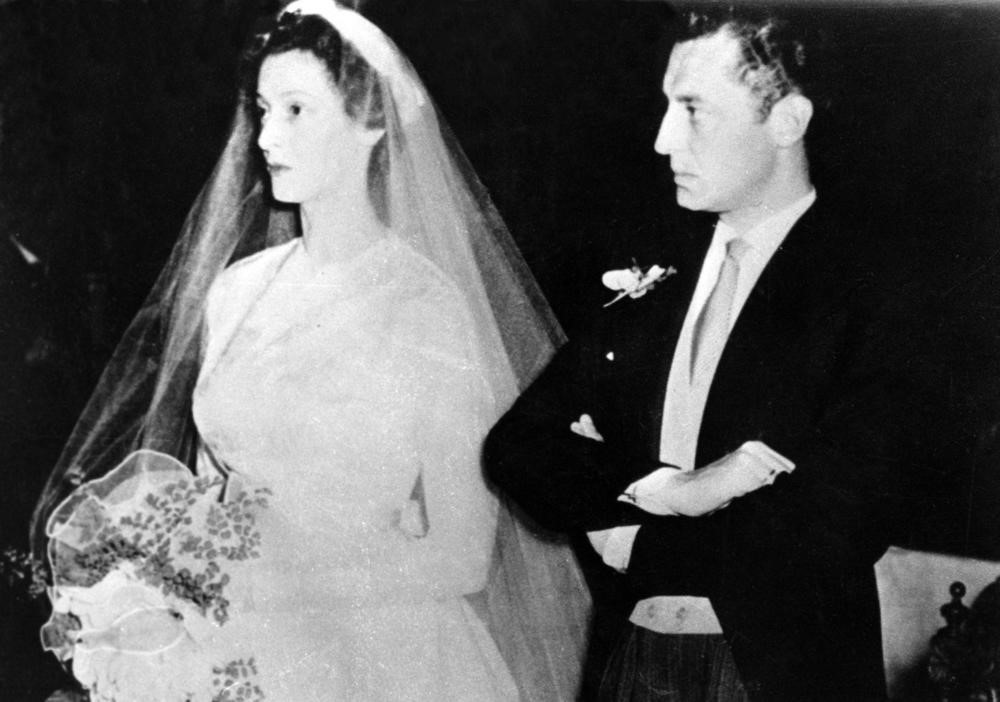 Giovanni started working only at the age of 46. He inherited a lot, but he also contributed a lot to the company. He was responsible for the development of the company “Fiat” in the late sixties, because, after putting the whole of Italy on four wheels, he gave the company a national dimension. He overcame the worst crisis in the 1970s by selling 15% to Libyan leader Gaddafi, and resolutely prevented the infiltration of the Red Brigades terrorist organization among 300,000 Fiat workers. At the end of the eighties, which were years of huge profits, Agnelli developed various businesses (from tourism to banking), but the automobile industry remained in the first place – after all, it achieved a monopoly position by buying out all its competitors in Italy.

Fiat has expanded to most aspects of life in Italy, starting with the car industry, including of course Fiat, then Alpha Romeo, Maserati, Ferrari, Lancia, and energy. ), tourism (Mediterranean Club chain), sports (Juventus football club and Formula 1 team), media (famous daily “Corriere Della Sera” and “La stampa”), to fashion, where he had a stake in the fashion house Valentino ”, and the sports brand “Fila”. 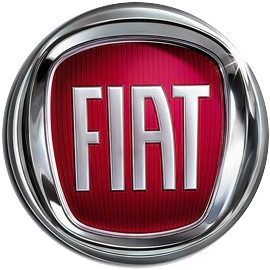 With the development of the company “FIAT”, the entire Italian economy rose to its feet.

Gianni managed to perform a difficult task, that is, to put the state economy, destroyed by war and war troubles, on stable foundations. Italy was the world’s fifth largest economic power during the 1970s.

Gianni’s biggest passions were the two most successful Italian sports companies: “Juventus” and “Ferrari”. Out of 26 titles of the Italian football champion, as many as 24 were won with the Anjeli family at the helm, and Gianni especially liked to see imaginative players like Sivori, Platini, Zidane, Badja in a black and white jersey … He loved Ferrari cars, so in the end in the sixties he became a partner of his friend Enzo Ferrari, and after the death of the founder he bought out the rest of the capital. 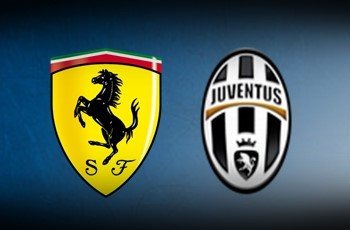 Giovanni Agnelli is also characterized as an icon of style. He marked the 20th century with his appearance, style of dress and way of life. Confirmation of Gianni’s good fashion taste was given by Time magazine in 1967, describing him as a man who is always in a suit tailored to his needs. He was remembered for always wearing a watch over the sleeve of his shirt.
Although he was married to the noblewoman Marella, the media was more interested in following his love life behind the scenes and his turbulent relationship with actress Anita Eckberg and American designer Jackie Rogers and many other women from high society.

It is a well-known story that Jackie Kennedy spent one year with his sister Lee Radziwill and children on his property in the south of Italy, and that the newspaper leaked their joint photos. Little is known about their alleged relationship, but people who knew him said that no woman managed to resist him.

Gianni Agnelli, when he woke up in the morning, would immediately call his private pilot to ask him in which part of Europe it was sunny (to go there on a day trip). When in 1966, due to the resignation of the then president of the company “Fiat”, who canceled Gianni while he was having fun, Gianni had to take over the company, he was on a yacht somewhere in the middle of the Pacific, which is why they could not tell him for several weeks. .

Angeli loved the country where his mother Virginia came from, America … He was among the first to realize that Italy’s prosperity was tied to the United States and that is why he spent a lot of time there, he knew all American presidents, from John F. Kennedy on wards, he wanted to merge Fiat and General Motors. “Beautiful Johnny”, as the Americans called him, was a friend of the Roosevelt, Kennedy, Rockefeller families and close to Andy Warhol.

When he went to dangerous Harlem to listen to the blues, the Rockefellers would hire boxer Joe Lewis, the world heavyweight champion, to guard him. As a symbol of Italian style and charm, he allowed himself to tell the head of the Central Intelligence Agency at the headquarters in Langley that he was a “dealer”. Gianni Agnelli saw Fidel Castro, Mao Zedong, Joseph Broz regularly, and one of his best friends was Henry Kissinger.

Status and wealth did not spare Gianni from terrible family tragedies. In November 2000, his son, Edoardo Agnelli, committed suicide by jumping into an abyss. Despite great family wealth and prestigious social status, the life of Edoardo Agnelli was marked by painful experiences. His friends said that he was a man “who radiates a special light”, and his personality was much different from what many imagined. He was very close with his uncle’s brother, Giovanni, the son of Umberto Agnelli, who was to one day become the manager of Fiat. Unfortunately, Giovannino died on December 13, 1997, from cancer. It is said that Edoardo and Giovannino Agnelli, although of completely different characters and different lifestyles, were very close and often trusted each other. It is also said that his brother’s death was a very heavy blow for Edoard. Edoard’s friends said that he had not shown any signs of deep depression in recent days. However, the presumption of suicide was confirmed after the autopsy.

The whole Anjeli family, more than seventy children, grandchildren, spouses, heirs of the founder of the company “Fiat”, Giovanni Anelli senior and his wife Clara Boseli, gathered at the family cemetery on the occasion of the death of the young Edoardo Anjeli. The founder of the company “Fiat” and his wife had two children: a son Edoard and a daughter Nietzsche. The Agnelli dynasty began to branch out thanks to its son Edoardo, who married Virginia Bourbon Del Monte. They had seven children, including Gianni and Umberto, who also owned Fiat.

Gianni Agnelli and his wife Marella Caraciolo, in addition to the tragically killed Edoardo, also have a daughter Marguerite who lives in Paris with her second husband Serge de Fallen, with whom she has five children. From his first marriage to Alen Elkan, he has three children. Umberto Agnelli, Gianni’s brother, besides the late Giovanni, has two other children from his marriage to Allegro Caraciolo. Gianni Agnelli, in addition to his brother Umberto, had four other sisters. The third brother, Giorgio, died after a long and severe illness at the age of 36. One of Agnelli’s sisters, Suzana, a former Italian foreign minister, has seven children.

After all these family tragedies, Gianni Agnelli chose his eldest grandson, John Elkan, his daughter’s son, as his successor.

Giovanni Agnelli never recovered after the death of his son, so he soon passed away in January 2003, in his house, surrounded by a large family, in the traditional Italian style. He was buried in the family tomb with all the honors that the most famous Italian of the 20th century deserves.

I hope you liked the biography of Giovanni Agnelli?