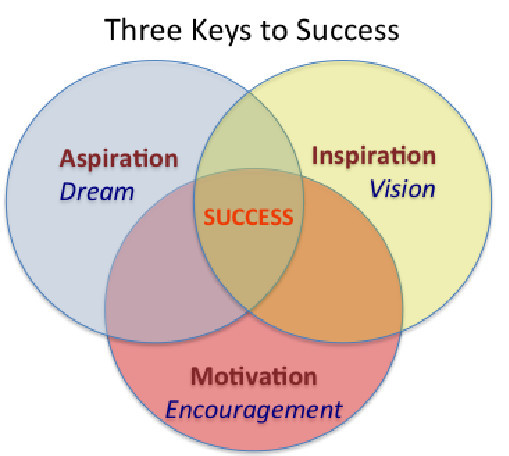 Inspiration and motivation are concepts that are often confused. Although somewhat similar, they do not have the same meaning.

The Dictionary of Matica Srpska (Serbian Scientific Institution) gives us the following explanations: by definition, inspiration is

while the verb motivate is defined as

From these definitions one can already see the difference between the two concepts – while the first refers to the stimulus that comes spontaneously from within, from the human psyche, the second represents a deliberate, mostly external stimulus, the influence of external factors on a particular human activity.

The name inspiration is of Latin origin and in its root is the word spirits – life, soul, spirit. At the core of motivation is the motive – the reason, the incentive, the reason. While inspiration is a largely abstract concept, obviously related to a person’s mental, emotional life, motivation is mostly based on something concrete, sometimes even visible and tangible. If motivation can be based on pure intellect, which can be characterized by coldness and calculation, inspiration has something completely different in it – an idea, imagination, passion. 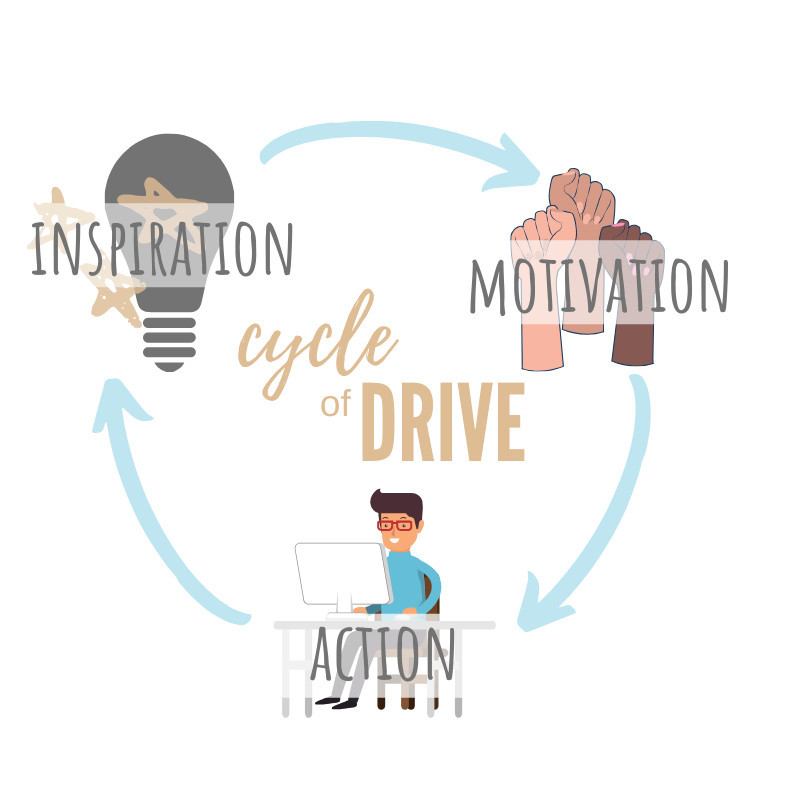 He who is motivated does something because he has seen that he has valid reasons for it, and because it is clear to him that in this way he will achieve the desired goals – a motivated student will study hard because he has a goal to pass the exam with a high grade; it is clear to him that he needs good grades for the scholarship, and his increased activity is motivated by the aspiration to achieve the mentioned goals.

On the other hand, the one who is simply inspired is doing something because he “has to” – as if he is “forced” by inexplicable inner forces and emerging ideas. Thus, the same student may talk enthusiastically for hours to a friend about a writer’s work, just because he encouraged him to think with his ideas, inspired him to continue developing them; under the influence of inspiration, he may even write something about a given writer, even though he does not need it for the exam at all.

According to Dr. Wayne Dyer,

“Inspiration is when you get an idea and develop it to an outcome, and motivation is when an idea overwhelms you and takes you where you need to go”.

Even if we have the ability to manage motivation, either our own or someone else’s, the opposite is true for inspiration – it has the power to manage us. A man who is motivated to get up early to perform some important task will lie down on time and will try to fall asleep on time as well, so that he will be plowed the next day to achieve his goals. On the other hand, someone to whom inspiration came completely uninvited in the middle of the night will roll over awake on the bed because ideas for a new book or oil painting on canvas are swarming in his head. Motives can be sought, found, rejected; conversely, inspiration seems to do something similar to us. 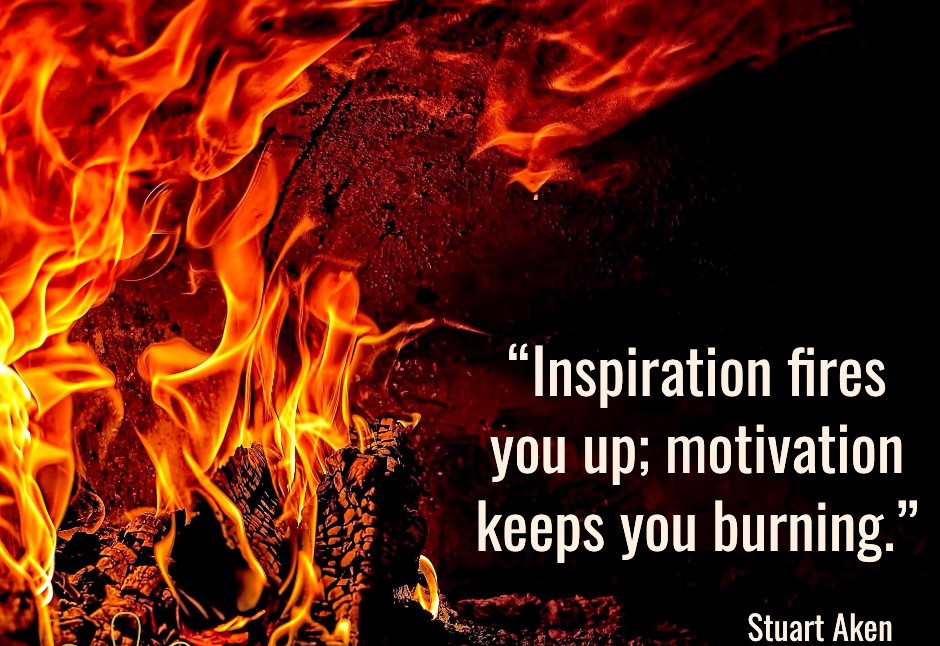 Are inspiration and motivation equally important to everyone? Can man live and create without at least one of them?

Inspiration is a crucial item for any artist – without it there is no valid work of art, and there is no motivation that could completely compensate for the lack of inner inspiration. Of course, it can be created because some external factors dictate it, but everyone who deals with some kind of art knows that a work created without inspiration is not the right one, that it does not have the right quality, it acts artificially, forcibly. Motivation doesn’t seem to be the main driver here – you can sit down and write a book or paint a real masterpiece just because you were “forced” to do so by ideas, while being fully aware that you may get nothing but personal satisfaction from your work.

On the other hand, motivation is important for everyone, whether he was engaged in art or had no points of contact with it. We can hardly say that the plump character from the neighborhood is especially inspired to get up early at dawn and go for a run, that a worker in a textile factory sits at a sewing machine because she is inspired, or that a student learned a lesson due to increased inspiration. It is obvious that all of them had a certain motive for performing the given activities – removal of extra kilograms, monthly salary, good grade. Deprived of any motivation, we would probably not be able to perform even basic life activities – an unmotivated person is listless, indifferent, has no desire to get out of bed in the morning, let alone take any serious action. After all, you must have noticed for yourself that it is easier for you to do something when you know that you will be rewarded for it, or that the result of some effort will be especially good for you. 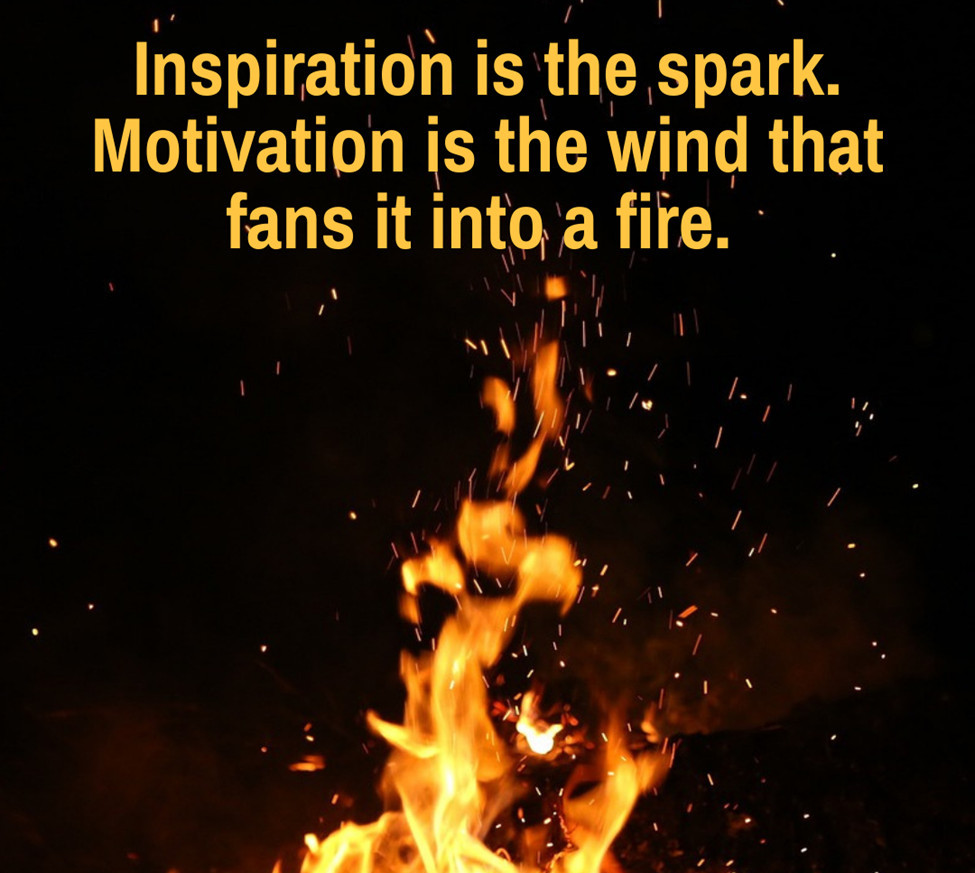 You obviously can’t do without motivation, but inspiration is more than welcome. What is crucial? For good results of any endeavor, obviously both.

If motivation is the basic ingredient, the inspiration is an aromatic spice – properly motivated, you will need the cake; but if you are also inspired, the cake will enchant everyone who tastes it with its taste.

Again, a different way of observing is possible: we can be inspired to do something, but if we do not have the slightest bit of motivation, it is quite possible that the ideas will remain only in our head. If inspiration is the driving force, and motivation is the traction force, it is clear that both are needed to move – without the first it would be difficult to start, and without the second it would be too easy to stop halfway.

Which of the following is easier to “summon”?

It seems that the motivation is “tame”, and others can bring it to us, just as we can persuade ourselves to “cooperate”.

So, motivation is not a matter of destiny or science fiction – if we really want something, and if we have clearly defined goals in front of us, it will not be difficult for us to motivate ourselves to achieve them. With inspiration, things are significantly different. She is moody and unpredictable; she often comes alone, when we do not hope for her; sometimes, however, just when we desperately need it, there is no force or method to summon it. We can be inspired by a book, a good movie, a song on the radio – but not because we want or want to. Once upon a time, classical poets invoked their muses to inspire them to write their works. Obviously, inspiration has long been considered something almost superhuman, which transcends the limits of human power and borders on the magic of the divine.

In recent times, more and more so-called motivational speakers (Wayne Dyer, Nick Vujicic, Tony Robbins, Brian Tracy, Abraham Hicks, Eric Thomas, Louise Hay) are just some of them. Some call themselves inspirational speakers, convinced that their words can not only motivate people, but also inspire them. 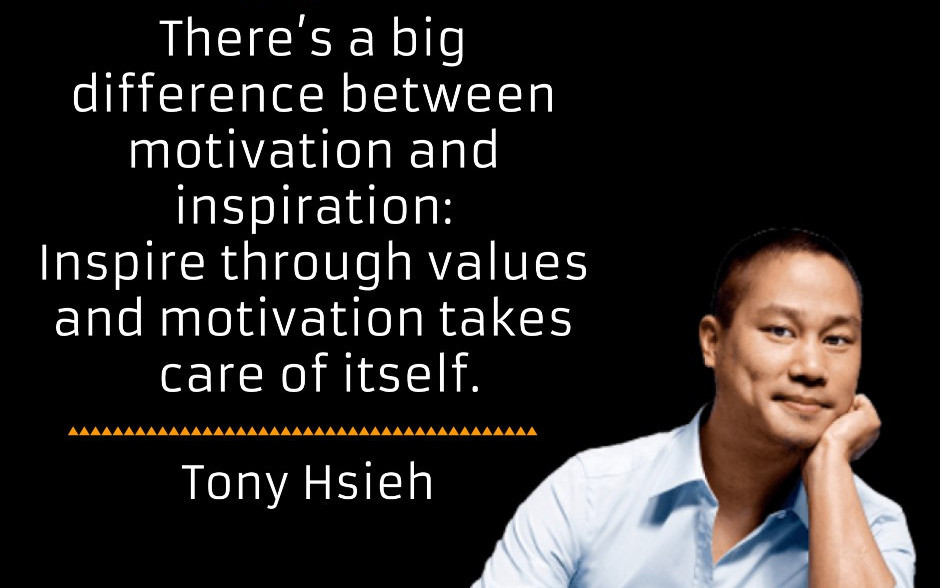 I hope you liked the content about inspiration and motivation?