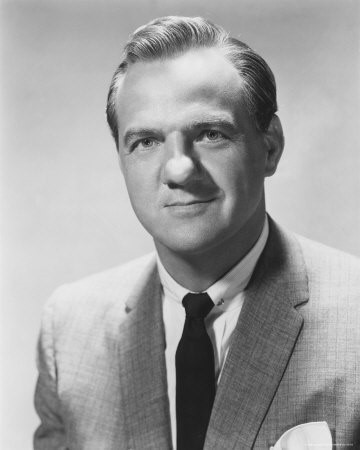 The famous Hollywood actor Carl Malden (Mladen Sekulovich) had only one wish on his deathbed – to see Serbia again. He died in his sleep at the age of 97, on July 1, 2009, without realizing his last dream. The commemoration of Karl Malden in Hollywood was led by Michael Douglas, the son of his friend Kirk Douglas, whom Sekulovich rocked on his knees when he was little, and who was his main partner in “Streets of San Francisco”.

The great Carl Malden won the “Oscar” as a villain in the film “Jungle on the Asphalt”, in 1951, in which he starred with Marlon Brando. At the “Oscars”, he sat with Humphrey Bogart and Lauren Bacall. The award ceremony was led by the famous comedian Danny Kay.

Carl Malden had a rich acting career of over 60 years. He was a great film actor, and he also played in the theater, so he tried his hand as a director. He played with the greatest actors in the world, and it is interesting that some of them said that they learned a lot from him. He was the first Serbian president of the American Film Academy in Hollywood and the founder of the prestigious art library in Beverly Hills, the largest in America. He was an above-average actor, and those who knew him well say that he would be successful in many other professions. He also loved sports. He was an exceptional basketball player. He especially loved Peter Maravich, one of the greatest American basketball players and certainly the greatest Serbian basketball player of all time.

This is the life story of Karl Malden!

Karl Malden was born on March 22, 1912, as Mladen Sekulovich in the famous mining town of Gera, Indiana, where newcomers from Herzegovina gathered between the two great wars to work in a nearby steel plant. His father, Peter

Sekulovich, came to America from Bileca in 1906 to find relatives and stayed there. Since he was the leader of the Serbian colony, he introduced his three sons, including Mladen, to the first church choir “Karadjordje”, to the gymnastics club “Sokol” and the Serbian theater. Mother Maria was of Czech origin. 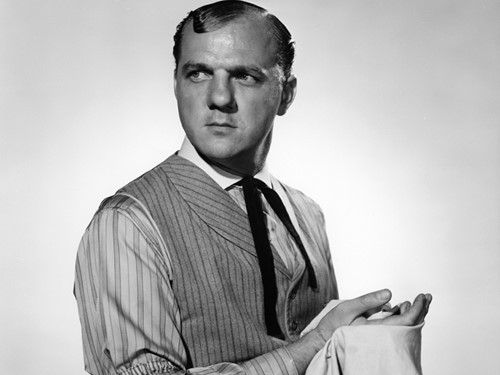 Karl Malden or Mladen Sekulovich, as he liked to be called or just Mladen, and the Americans said Malden, we only knew him as a great actor, but we knew little about him as a man who never forgot his origin and the people to whom he belonged. He had a hard time agreeing to the new name, because his managers and producers demanded it, because Sekulovich was extremely difficult to say. However, in the films in which he played, he often uttered the name Sekulovich, because he asked the screenwriter to give some heroes that last name.

– I appeared on that stage in the church several times a year, where, skinny as I was, I played an evil Turk with big black mustaches. I would raise my sword and shout “Forward!”, And three more skinny children would attack me. That is how my acting career began – Mladen Sekulovich remembered his youth.

In the late 1930s, he was a student at Goodman’s Acting School, when he met Marlon Brando and then Kirk Douglas. He first starred with Brand in “Cafe by the Roadside”, and then in the legendary film “A Streetcar Named Desire”. He established himself with the TV series “Streets of San Francisco”, in the role of a detective, but he gained popularity when he became “Skag”, a combative American worker in a three-hour TV movie. 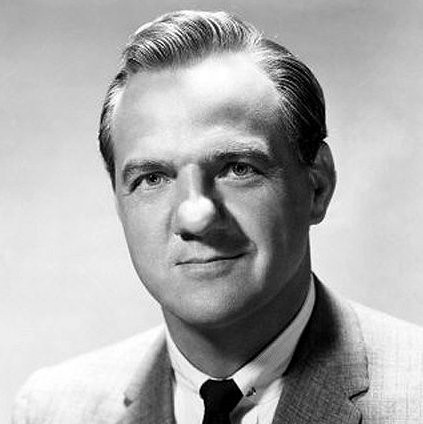 Malden, whenever he had the opportunity to speak publicly, almost always used the opportunity to emphasize his Serbian origins. He was a great Serbian patriot, but he was not a nationalist in an ugly sense, much less a chauvinist. He loved all the nations of the world. At the invitation of the representative of the former Yugoslavia, which was conveyed to him by his close friend Dan Tan (Danilo Tanasijevich), to greet the great international gathering in New York, Carl Malden did it with pleasure. In his address, he first emphasized his Serbian origin and the satisfaction that belongs to that people. Some high-ranking officials resented him very much and marked him as a nationalist, who was banned from coming to the country of his origin. That ban was lifted only when he was supposed to come to Yugoslavia, to shoot the film “Twilight”, at the beginning of the 80s of the last century, and that problem was solved with the mediation of the highest representatives of the two countries. The film was shot in Istria, and on that occasion, he visited the Serbian capital – Belgrade, and then his native Bileca, where his father Peter is from and where his closest ones rest forever. He gladly evoked the memories of those days during the meeting with our people. 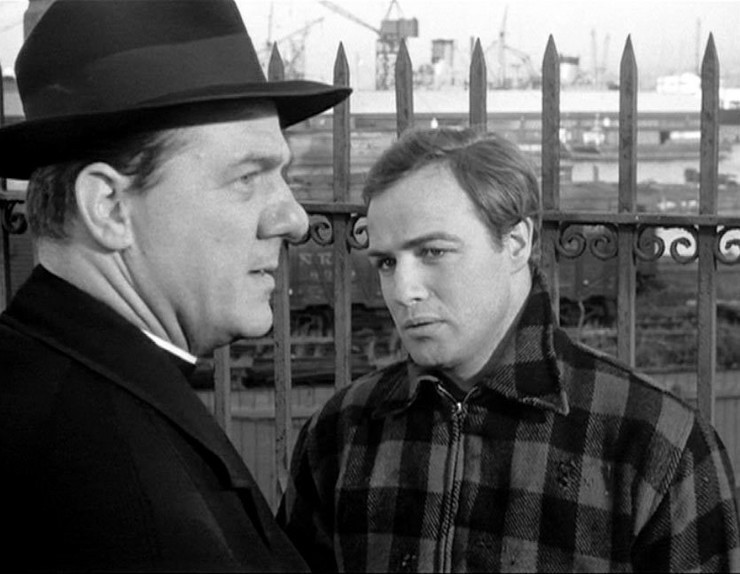 “As much as I wanted to be an ordinary American kid, I felt like an outsider, torn between my Serbian home and the rest of the world. Loyalty to Serbian origin was the greatest value in my father’s home. He was a respected leader of the Serbian community and obsessed with being a good Serb, helping people around him to be good Serbs, “Malden once wrote about his Serbian origins and roots.

All this information and many more can be read in the book “How I Succeeded”, an autobiography of Mladen Sekulovich, which he wrote with the help of his younger daughter Karla Malden, a writer and screenwriter. Karla transferred her copyrights to Aleksandar Vlajkovich, a journalist who, together with a group of associates, prepared a book published by the Official Gazette and presented it at the Belgrade Book Fair in 2018. At the same time, Aleksandar gathered people who, as the Organizing Committee, launched an initiative to erect a monument to Karl Malden, first in Belgrade, and then in Republic of Srpska and America. 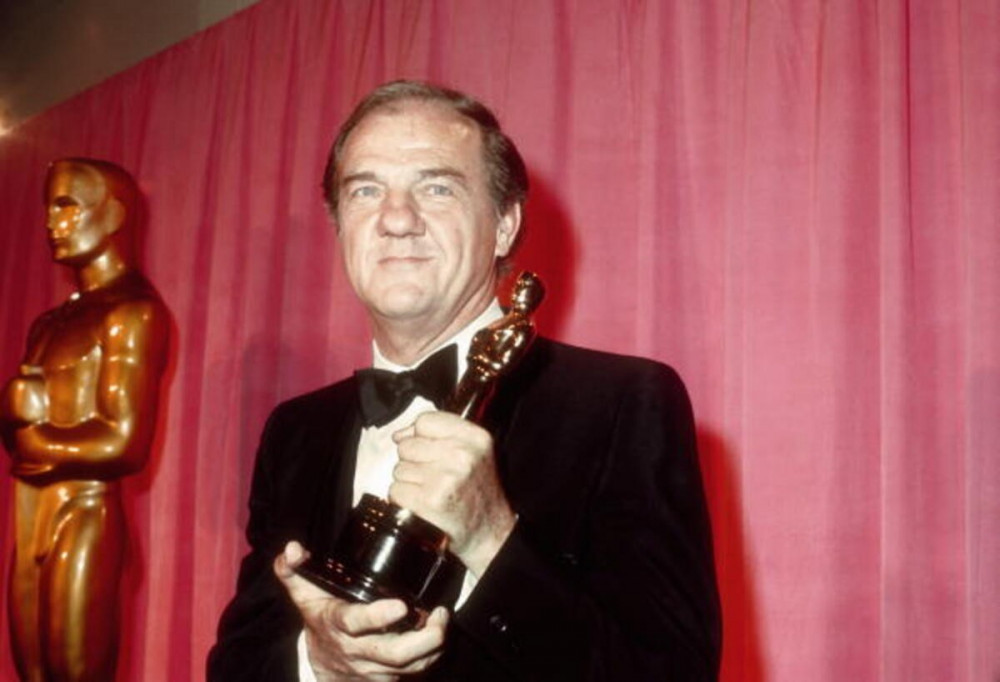 Decades of injustice about a man of Serbian origin who gained world fame in the field of art will be somewhat corrected by unveiling a monument.

The legacy of Karl Malden (1912-2009), the most famous Hollywood Serb, was opened at the Museum of the Yugoslav Cinematheque in July 2016, including personal items and some props from the filming of the Oscar-winning actor – his awards, including a star from the Boulevard of Fame. Hollywood set in 1960 and the Max Haufler Award, then the Church of St. Sava and the White Angel Medal, letters from Jacqueline Onassis and George W. Bush (his granddaughter Emily Dorner also brought a letter from Marlon Brand) and a hat he wore as Detective Mike Stone in the series “Streets of San Francisco”) and others. 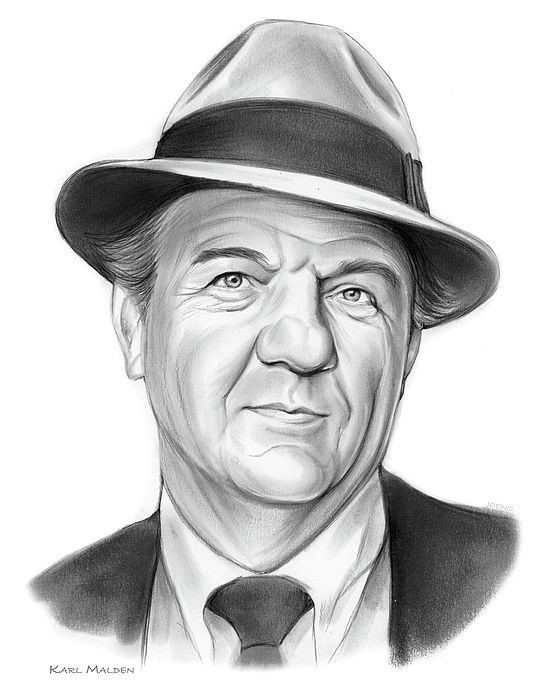 I hope you liked the biography of Karl Malden?