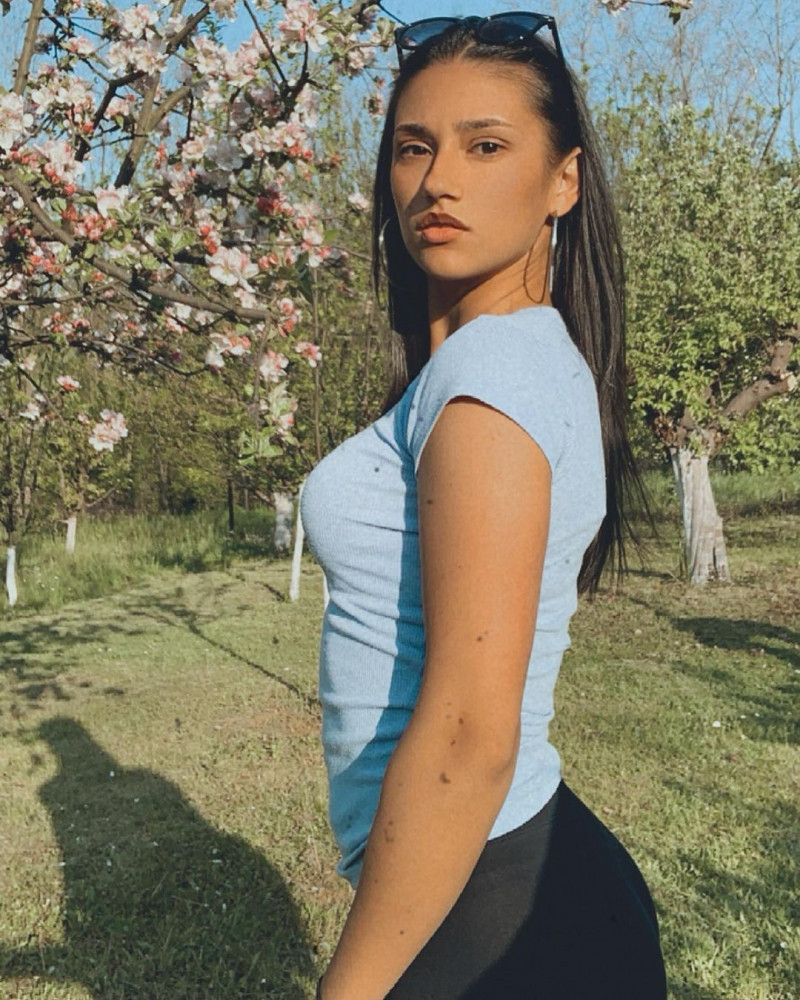 In this text called “Lioness Woman”, I will tell you a life story or the beginning of a beautiful story, which at its start, did not promise anything!

Just before her seventh birthday, Bojana Jovanovic, a Serbian tennis player, faced an adrenal tumor. She spent the summer with her parents in Egypt, and then in November 2004, the most important match of her life began – against an uncertain and aggressive opponent – neuroblastoma. She came out as a winner and wants to motivate many with a similar destiny by personal example and show that everything is possible because today she lives her dreams, and everything that happened to her in her earliest childhood only strengthened her will and character shaped into the person he is today.

When you look at Bojana’s Instagram profile, you see a beautiful girl, an athlete who trains hard on the tennis courts, paving the way for future trophies. No one would have thought that as a girl she had cancer and that today, however, she lives the life of a professional athlete who, according to all medical diagnoses and prognoses, was impossible at that time. Although she was a cheerful, direct, and friendly child in kindergarten, in elementary school she faced ruthless comments and actions from her peers, which destroyed her self-confidence to the core, so it took a long time until she regained her former self-confidence. 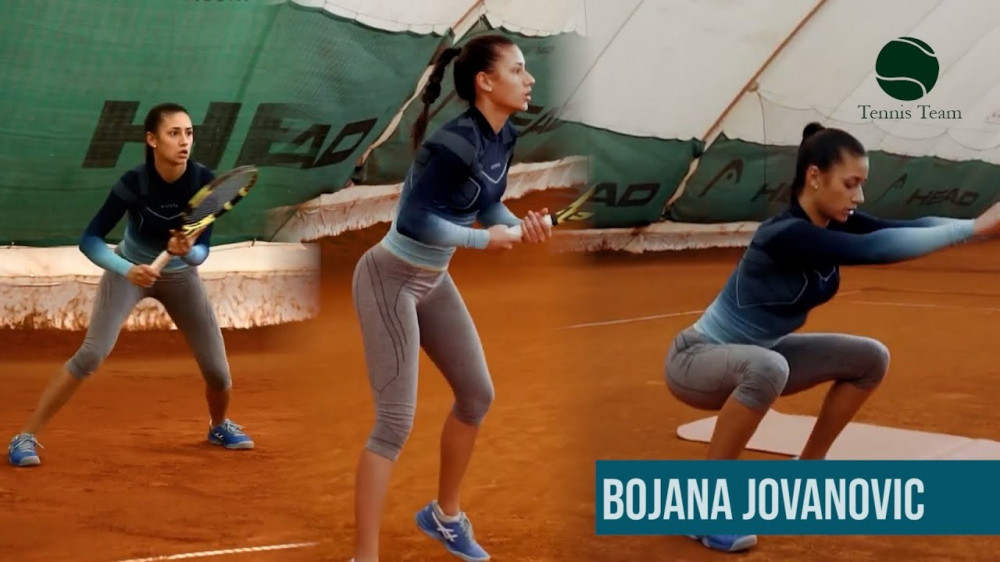 After the first operation, the tumor returned

– In September 2004, I started first grade. Although I was very young, I remember that just before my birthday on November 6, I suddenly had a stomach ache. We went to Tirsova (Children’s Hospital in Belgrade) for a routine check-up and examination, and no one could dream of what problems we would encounter. They diagnosed me with a tumor of the adrenal gland or neuroblastoma in an advanced stage – Bojana (23) from Belgrade begins her story.

Immediately after his 7th birthday, the first operation followed, which was successfully performed. After the New Year, they went to Budapest for additional tests, which showed positive results. However, the disease did not want to give up.

– I could see from my parents’ smiles that they were relieved. Even today I keep one big carriage that I got from them in Budapest. After that, we went for an ultrasound examination every two or three weeks, preventive. Everything went well and I went to school again. However, at the end of April 2005, the disease returned in a much more aggressive form than the first time. I had surgery right away. Only then does a difficult struggle begin that I will remember for the rest of my life – he continues.

She underwent two cycles of chemotherapy over the next three years, and in 2007 she had a bone marrow transplant at the Institute for Mother and Child in Zemun, Belgrade.

I suffered torture from my peers in elementary school

– I will never forget that period, hospital rooms, therapies, and anxiety in the eyes of my parents and closest people at that time. I can only imagine how it was for them because they always tried to be smiling and in the mood next to me, but I believe that it was very difficult for them when they were alone. On two occasions, I lost my hair due to chemotherapy, and returning to school and searching for identity in society, which often had no understanding, left the biggest mark on me, because children can sometimes be very cruel – Bojana remembers. 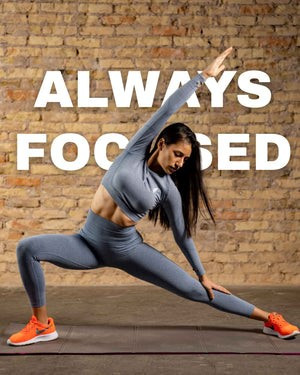 There was harassment – physical and mental and many tears. She wondered why this was happening to her, while the other children were playing carefree. However, she does not feel hatred and anger towards those children, because as she got older, she realized that children are not to blame for anything, but that they take it all from home.

– Parents are the ones who should work with children. I am very grateful to my parents, mom Lidia, and dad Radovan because they spent every free moment with me and my brother. They give us great love and support, and brother Ivan has always been my protector.

She started to build on her low self-esteem only at the end of high school IT (Information Technology), which she finished as a good student, while she regained her faith “from dry gold” only at the university she finished as the first student in a generation and with an average of 9.4.

– I didn’t want to talk about myself when I started high school, I was afraid that people would hurt me. As I matured, I started to relax more, socialize, and grow my self-confidence, and then I met a new company at the faculty and became more open. I ran programs in high school, I always came to college first, defended projects, and thus regained my self-confidence.

Thanks to Instagram, she was noticed by Serbian tennis player Janko Tipsarevic and is now in the Maldives

However, her life, it would be said spontaneously and unobtrusively, took her to the tennis courts, from which she did not leave for 13 years. She was also the second-best senior in Serbia, but then injuries and pandemics followed, which slowed down her progress a bit. The dice started to be put together at the end of last year.

– In agreement with my coach, Goran Aleksic, I started recording training, matches and sparring more and I uploaded it to Instagram. This has been noticed by many world-famous tennis sites, I have received millions of views, and I have over 30 million views on the “Tennis Legend” channel. 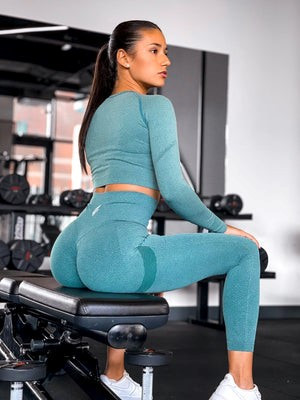 The number of followers on Instagram jumped from 5,000 to 120,000, and her skills were not missed by the best Serbian tennis players, Novak Djokovic and Janko Tipsarevic, but also by Stefan Bojic, the Serbian famous “acrobat” with tennis equipment. He will be the first to want to record a few tricks on the field with Bojana, and then show her the possibility of cooperation with Janko, which resulted in her going to the Maldives.

– Stefan conveyed everything to Tipsarevic and his general manager, with whom I soon had my first meeting. After a few days, we had another meeting attended by Tipsarevic. I was thrilled with the offer. Janko is a very down-to-earth and good person. In two meetings, we agreed on everything – Bojana emphasizes.

On these paradise islands in the Indian Ocean, Bojana holds training for hotel guests and trains for herself.

She received much interesting business offers related to sports through social networks, is educated in the field of psychology, is interested in marketing and management, as well as photography, and remains open to many life opportunities and paths in life.

– I do not want people to feel sorry for me, but on the basis of personal example, to provide support, to motivate them, that it is possible to overcome such a problem and achieve great things in life. A great future is ahead of me, and I strongly believe in that. We have to believe and work on it, just one is not enough. At the end of the day, we have to be thankful for what we have, because many people do not appreciate it, but want more – says Bojana at the end. 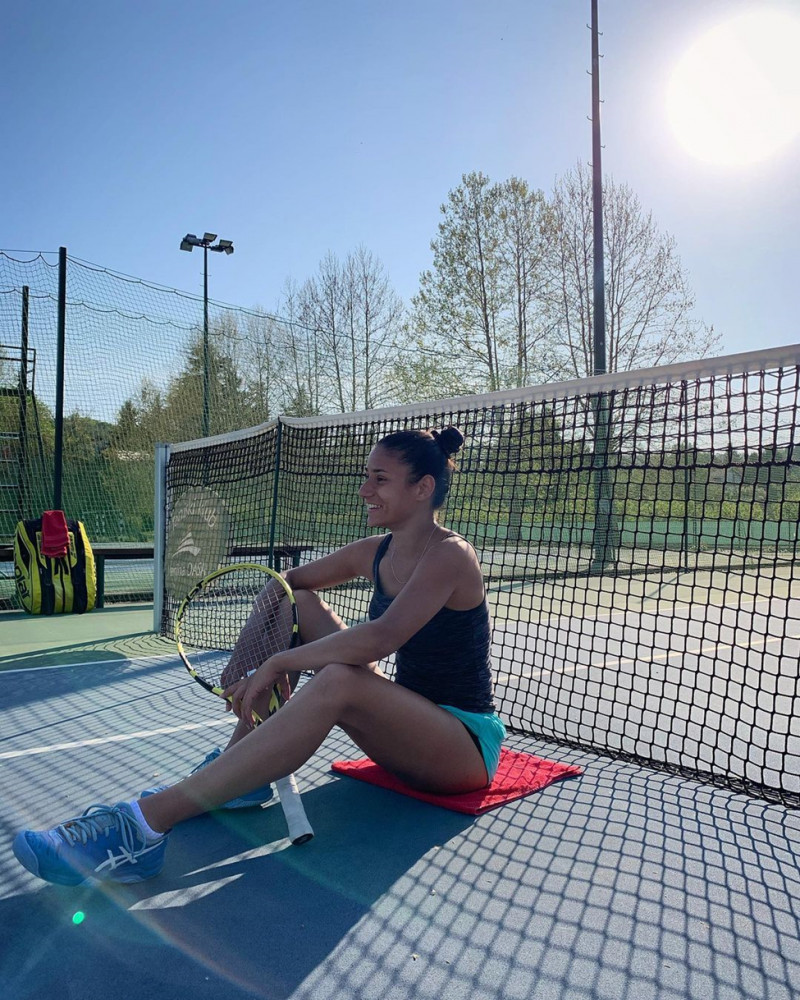 I hope you liked the life story of Bojana Jovanovic?