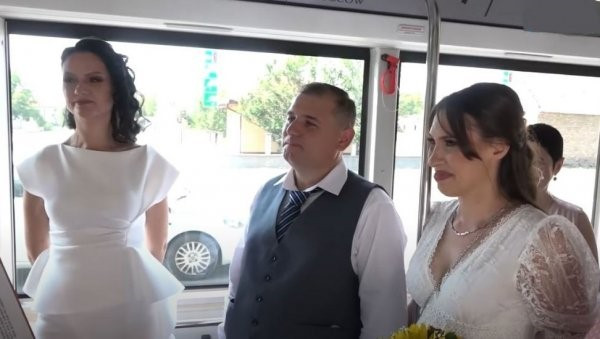 When a little girl imagines her wedding one day when she grows up, she imagines it mostly as she sees it in the cartoons she watches at that age. She fantasizes about being a princess in a magnificent dress with lots of tulles and big chiffon and marrying a prince who comes in a carriage or on a white horse.

Then, instead of horses and carriages, life brings a bus at 3:20 in the morning on the route Opovo – Pancevo (Serbia) and you don’t need anything for happiness. But really. Goran and Jovana are an example of that.

Goran Stanivuk and Jovana Vojka Stanivuk said their fateful “yes” with which they got married on the bus. Yes, you read that right – on the bus. After the wedding in the church, Goran and Jovana, accompanied by the wedding party, went to the bus that was parked in front of the church where the registrar was waiting for them to perform the civil wedding.

It was a little tight on the bus, but above all it was cheerful. Inside, the best men, the closest relatives, music, photographers, and videographers, while the rest of the wedding party watched it all from the station, i.e. in front of the bus.

As the newlyweds said, it was Jovan’s idea, because it was this means of transportation that brought them together and ignited the spark of love. 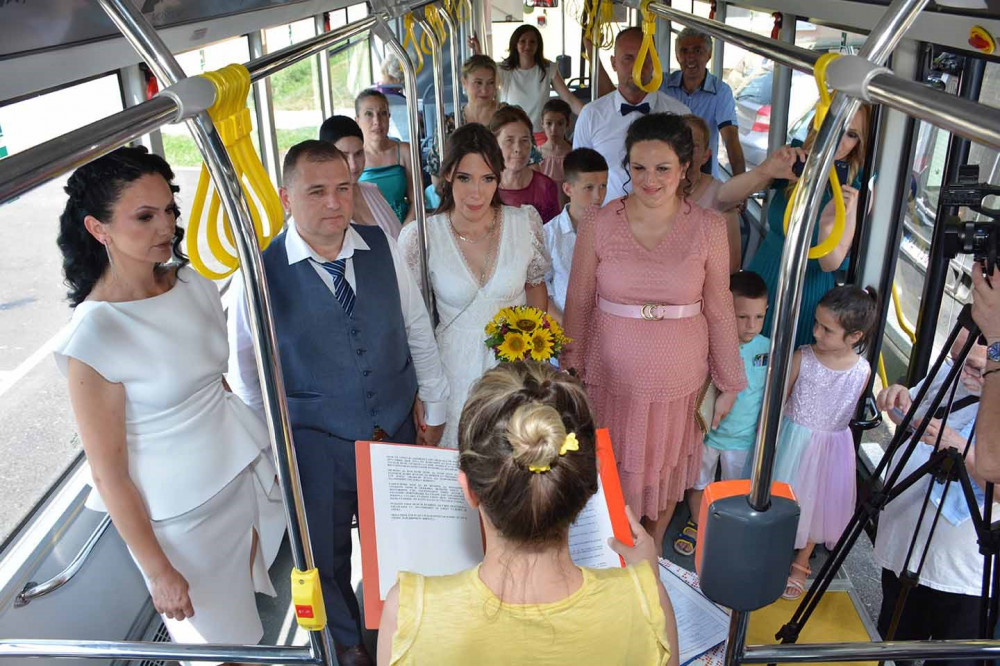 “The idea was mine because we met on the bus”, said Jovana.

By the way, Goran is a bus driver.

“I was driving on the route Pancevo – Opovo, and she was going as a passenger. We often returned from work together as passengers and that’s how everything started”, added Goran.

Even the birth of their son is symbolically linked to the departure time of the bus on which they met and fell in love.

“Always the third shift, always the same departure, the same time, and our son was born at the same time when the bus leaves Opovo at 3:20 a.m.”, they shared this curiosity.

Goran and Jovana started their life together on the bus, they entered the starting station, started their journey, and I wish them from the bottom of my heart that their ride to the final station will be happy and long-lived. 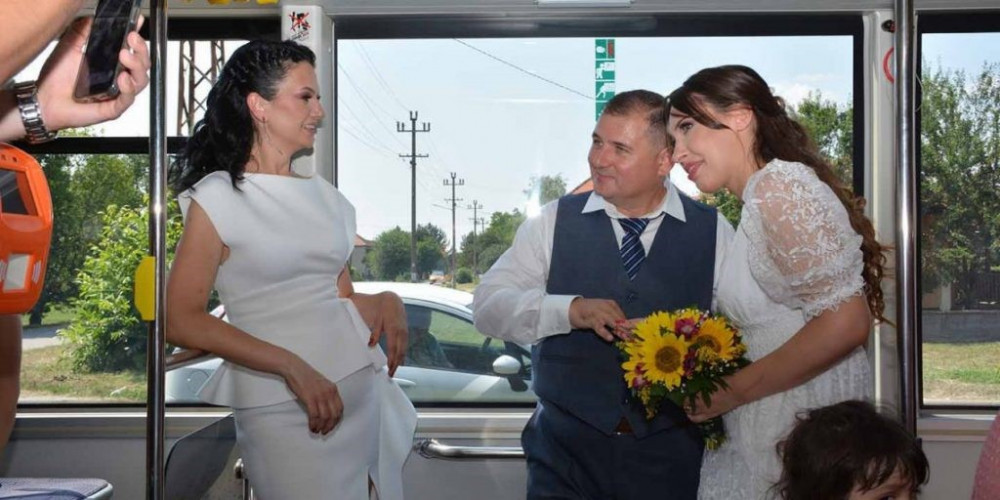 I hope you liked the content about the wedding?