From a truck driver to the most famous agent in the world and the most desirable man. A true legend of film art, he has achieved many excellent roles, but both the audience and film history will forever remember him only once, and that is James Bond. 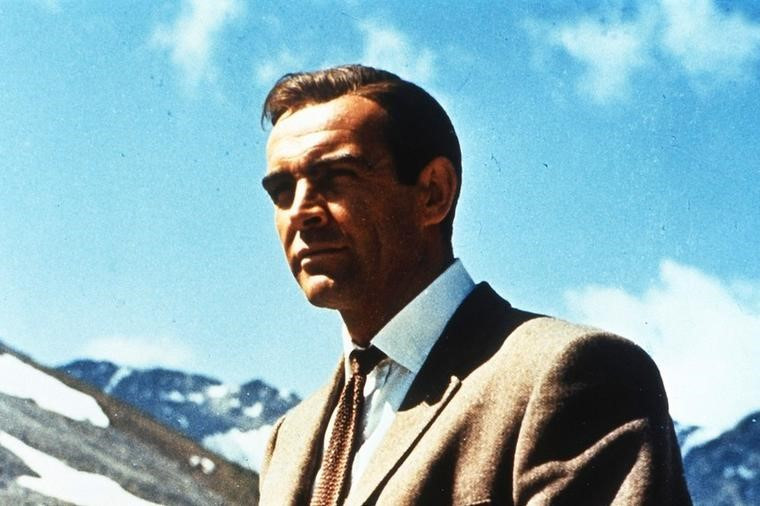 Back in 1962, when he uttered “My name is Bond, James Bond”, he went down in history as the most famous secret agent in the world with permission to kill in Her Majesty’s service. There are two versions of events, when it comes to Connery’s choice for James Bond. One is that producers Salzman and Broccoli invited him to audition after they accidentally saw him through the window “as he walked as flexible as a panther, and immediately captured him”. Although Connery was extremely arrogant at the audition, where he appeared untidy, in too wide pants and an oversized sweater, and refused to read a certain text, he got the role. Among the competitors was the actor David Niven, who allegedly served Fleming as an inspiration for the character of Bond.

Another version is that Sean Connery, James Bond became thanks to the votes of the readers of the “Daily Express”, and the competition was Rex Harrison, Trevor Howard, Carrie Grant and Roger Moore. It is interesting that Jan Fleming, the creator of the character of the legendary agent, fought with all his might so that Connery would not be chosen for the role. He considered him insufficiently elegant and thoughtful, but Fleming’s wife had the decisive word, claiming that Connery was the ideal James Bond.

After the first film in the series, “Dr. No”, no one doubted the correctness of the choice, and Fleming even added in later novels that Bond had Scottish blood. This was followed by “From Russia with Love”, “Goldfinger”, “Operation Thunder”, “You only live twice” and “Diamonds are eternal”, in the period from 1962 to 1971.

For James Bond fans around the world, only Sean Connery is the real and only 007 agent. 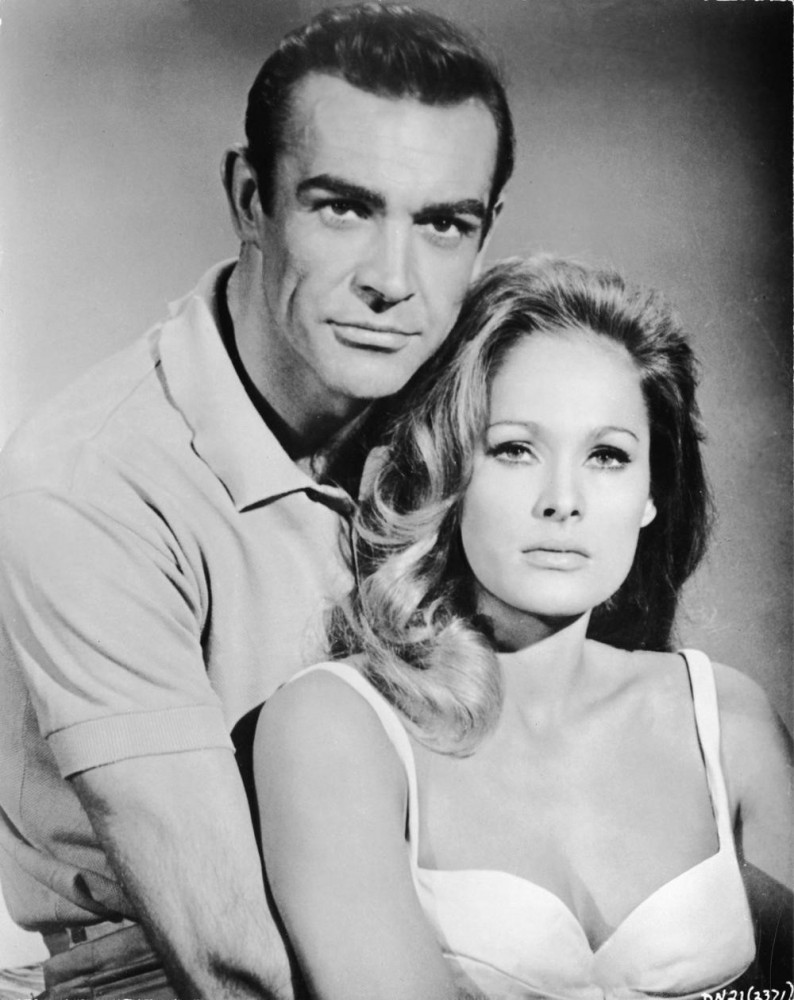 Thomas Sean Connery was born on August 25, 1930, in a poor part of Edinburgh, Scotland. Father Joseph was a truck driver, and mother Euphemia McLean was a maid. Little Thomas had to earn money from his earliest childhood, so he worked as a milk delivery man for one pound a week.

As a 13-year-old, not at all satisfied with his way of life, he left school and his family to enlist in the British Navy, from which he was fired after three years due to health problems. In those days, he was reminded of two tattoos on his arm, “Mum and Dad” and “Scotland Forever”.

In order to survive, he started doing various jobs, he was a bricklayer, a truck driver, a security guard, a painting model, a swimsuit model… After he accidentally joined the naval choir in London, he became interested in acting and stage performance. In 1951, he made his theatrical debut in the play “South Pacific”.

As a young man, he was passionate about bodybuilding and was nicknamed “Big Tam”. Under the name Tom Connery, he participated in the Mister Universe election in 1953 and took third place. After that sporting success, he performed in several theater plays, and played smaller roles in television movies and series. In 1968, he shot “Another Time, Another Place” with Lana Turner, and the following year, he played a villain in “Tarzan’s Greatest Adventure.” From that period, it is worth mentioning the episodic role in the film The Longest Day, with many acting stars: Henry Fonda, John Wayne, Robert Mitcham… 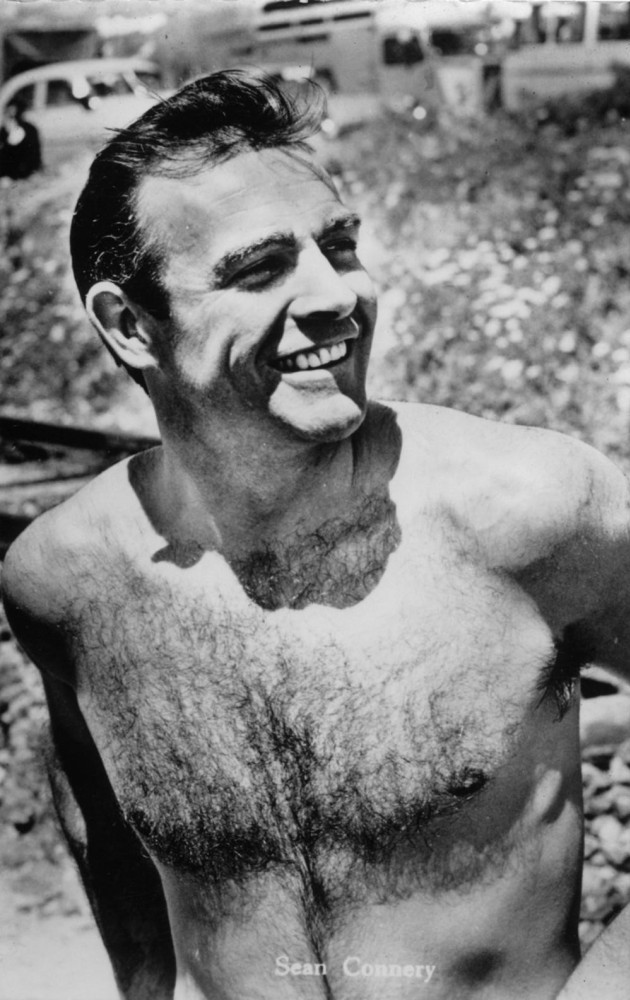 Although he became famous all over the world thanks to the James Bond movies, Connery was not satisfied with that. He did not want the audience to remember him for one role. In the following films, he tried to look as far away as possible from the character of the recognizable British agent. He was very persistent and accepted a variety of roles that allowed him to transform his appearance as much as possible. He looked almost unrecognizable in the 1974 film “Zardoz”, directed by John Burman, where he had a long braid, a huge mustache and was wrapped in unusual red clothes. He went on to star in adventure, action, war and western films.

“Name of the rose”

In the middle of the 80s, Connery’s career slowed down somewhat, although he also played several very important roles during that period. In 1986, he starred in the first and best film of the Highlander series, as well as in the acclaimed Name of the Rose, for which he received a BAFTA award. It is interesting to note that Columbia Pictures did not want to fund the Name of the Rose precisely because of Connery. They felt that his career was going downhill and that his name would not attract enough audience attention. The film, however, became a real hit and today enjoys cult status. A year later, Sean Connery won the only Oscar for the role of Irish policeman Jim Malone in De Palma’s film Untouchables.

From 1962 to 1973, Sean Connery was married to actress Diane Silento, with whom he has a son, Jason (1963). Since 1975, he has been married to the French-Moroccan artist Micheline Roquebrin, with whom he lives in seclusion, mainly in Spain and Los Angeles. He enjoys hanging out with his grandchildren, golfing and Scotch whiskey. As he got older and more mature, Connery became more and more attractive to women, and on the lists of the sexiest people from show business and sex symbols, he often took a place at and at the very top.

Many fans of the famous actor do not know that he is completely bald, and that in almost all films, even those from the 60s, he wore blunt. He started losing his hair very early, as a 20-year-old, but he never hid it privately. 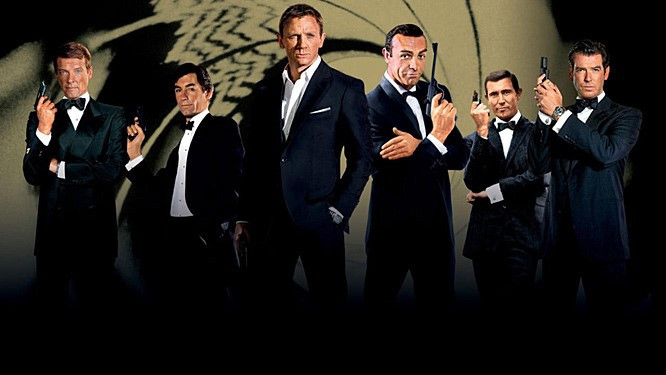 Queen Elizabeth declared him a knight in 1999, despite the fact that Connery openly supported Scotland and the work of the Scottish Nationalist Party, which sought an independent and sovereign Scotland outside Great Britain. In 2007, he launched an Internet TV channel, in order for the party leader to appear more often. Connery gave full support to the party and expressed hope that it would become the strongest in Scotland by 2010. “I know this party is truly Scottish and has great ideas. If they are realized, we can expect positive changes for the Scottish people and the whole of Scotland. Together we can start a new era of optimism and progress “, he said during the presentation of the TV channel.

Although many objected to his pronunciation and claimed that he had one of the worst accents in the film, Connery never changed him no matter which character he interpreted. And it was this horrible Scottish accent that became his trademark over time, and because of him he received an offer to lend his voice to the dragon Draco in the 1996 film “Dragonheart”. It is interesting that computer animators studied his movements and facial expressions in order to transfer them to the character and movements of the dragon.

In recent years, Connery has not recorded much. In 2000, he received a lot of praise and good reviews for the drama “Finding Forrester”, and three years later he was once again an action hero in the film adaptation of the comic book “League of Outstanding Gentlemen”, which did not become famous. He once again accepted James Bond, more precisely, he lent him his voice in 2005 in a video game called “James Bond 007: From Russia with Love”. In 2012, he lent his voice to the protagonist of the animated adventure comedy “Sir Billy”.

After he announced that he was retiring from acting, an offer for the fourth sequel to “Indiana Jones” followed. Unfortunately for fans of this series, as he had previously turned down the role of Gandalf in the Lord of the Rings trilogy, Sean turned down the role of the researcher’s eccentric father, even though he claimed he never had as much fun as Indiana Jones: The Last Crusade. .

George Lucas has repeatedly stated that the character of James Bond was a great inspiration for him when creating the character of Indiana Jones and the entire series. “Who else could play Jones” father than the guy who inspired me to create it all, James Bond with his head and beard”.

I hope you enjoyed the biography of the most famous James Bond! 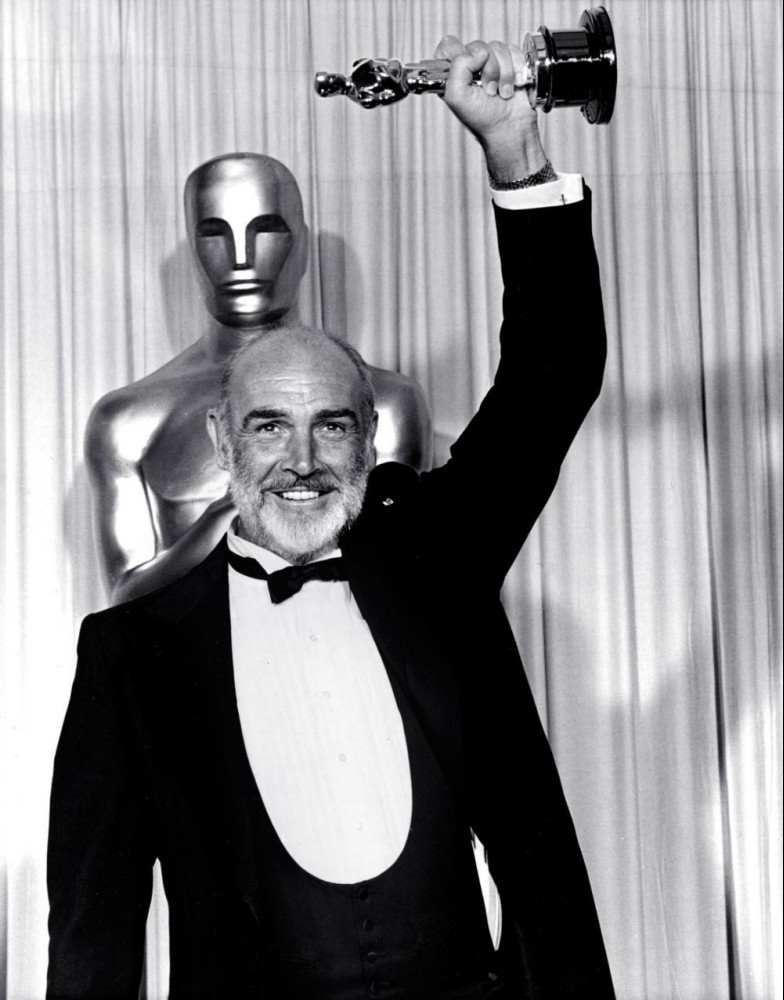 I hope you liked the biography of Sean Connery?