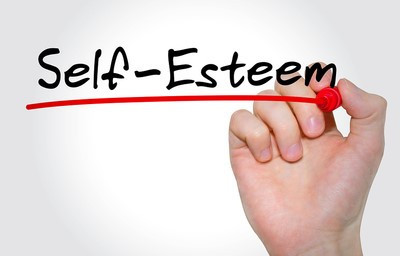 Many of us strive to develop compassion throughout our lives because we know that it brings us good things and makes us more connected to others. However, people often put barriers between themselves and compassion, which results in a reduced willingness to help someone in need.

In the whole story about empathy and compassion (and we already know that they are not synonyms), the least time is dedicated to the one who is their recipient. Nevertheless, research shows that some people have a fear of becoming the object of someone’s compassion, as they believe that it could harm their mental health. Why some of us refuse such help and what we can do to open up to it, is the topic of this text – “Self-compassion – because we must first be good to ourselves”!

What scares us so much about compassion?

A recent study published in the journal Mindfulness showed how fear of receiving compassion can affect our behavior in times of crisis.

Eighty-five female students from a major Canadian university participated in the study. They spoke about their degree of agreement with statements such as “If I see that someone is kind and caring to me, I will build a wall around myself.” Those female students who declared themselves to be more frightened by this closeness compared to others found it harder to share their troubles with friends and family.

Why is this a problem? Because the social support provided by our close people be very important in facing and coping with difficult moments that are an indispensable part of the life of each of us. On a practical level, support can help us first (and if possible) influence the circumstances that led to the difficulties. One study found that a lack of social support increases the propensity to develop mental health problems and difficulties, and at the same time increases the factors for the development of physical ailments more than lifelong smoking. Supportive friends and family also prevent excessive self-criticism: they remind us that we are safe, important, and worthy of what we strive for, which are the critical points of coping mechanisms (these are the mechanisms we used to deal with stressful situations and negative life events). Specifically, a study conducted under the leadership of Paul Gilbert in 2016 showed that self-criticism, combined with fear of compassion, is a significant risk factor for the development of depression. 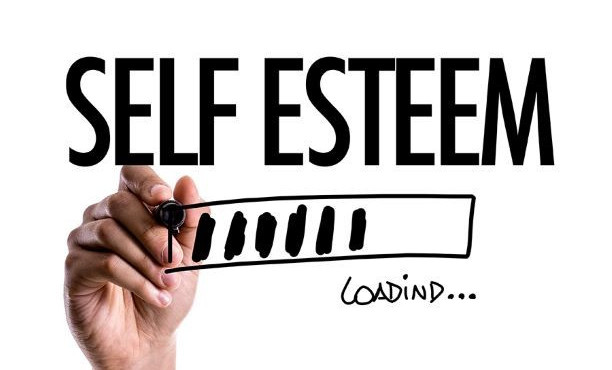 There is also a study from 2014, shows that people with greater fear of compassion are more likely to suppress their emotional reactions to difficult experiences, which is a habit associated with the risk of developing cardiovascular disease and alexithymia: reduced ability to recognize their own and other people’s emotions. Finally, the fear of receiving compassion is associated with lower mindfulness (a state of full consciousness), a skill that is associated with many good things related to our health and well-being.

If we know what the benefits are, then why do we continue to resist compassion?

Some worry that the other person will not react adequately, that is, that they will be rejected or diminished by the significance of what is happening. And what happens can come from someone’s way of reacting and being taught in childhood, which can provoke people to respond to it with hostility or withdrawal, rather than compassion. For example, one study (Kelly & Dupasquier, 2016.) suggests that people who perceive their parents as cold have a greater fear of receiving compassion later in life.

Even if it is offered, people may perceive support as something strange, unpleasant, and even painful – if they are asked to be in the center of someone’s attention, and they are not comfortable with that. Providing compassionate support in this person can cause the feeling that he is not able to cope with what he feels alone and stoically, or that he is not successful enough in that, so others have to “jump in”. Furthermore, receiving support means acknowledging that we are vulnerable and weak, which is also a great challenge for some people, which can often result in feelings of inadequacy, guilt, or shame. Finally, people may refuse support due to the impression that they are bothered by the person who helps them: to waste their time and energy.

Of course, few people are ready to talk openly and without hesitation about their painful and unpleasant experiences, as many of us perceive them as a confirmation of our inadequacy or failure. For them, showing emotions is too big a risk – they are afraid to share personal experiences because they believe that it will make them feel worse, not better.

If any of these explanations sound familiar to you, that is, you recognize yourself or close people in them, continue reading. 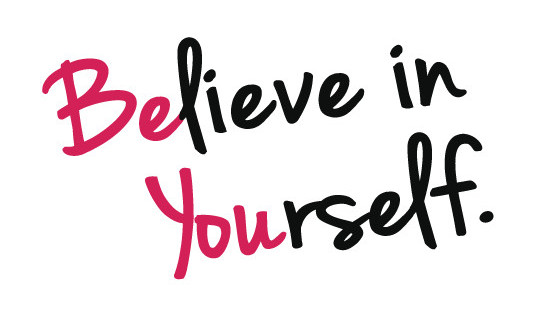 The healing power of self-esteem

An extensive study called “Mindfulness” has identified one way to reduce the fear of receiving compassion, and that is self-compassion.

Researchers told participants in this study that for ten minutes they write a paragraph about some of their personal unpleasant experiences, ones that they remember as humiliating or shameful. They were then randomly divided into three groups.

Respondents then ranked the extent to which they felt anxious before and after this writing exercise. The result? Those who were self-confident felt better than respondents from both remaining groups. Negative feelings were reduced even in those respondents who showed greater fear of compassion, but this effect was not found in the other two groups.

This means that remembering one’s own difficult experiences through the prism of self-esteem may be more emotionally healing than other approaches, including trying to boost one’s self-confidence or doing nothing about it.

Could self-compassion help people seek help, even though they are afraid of being the object of someone’s compassion? 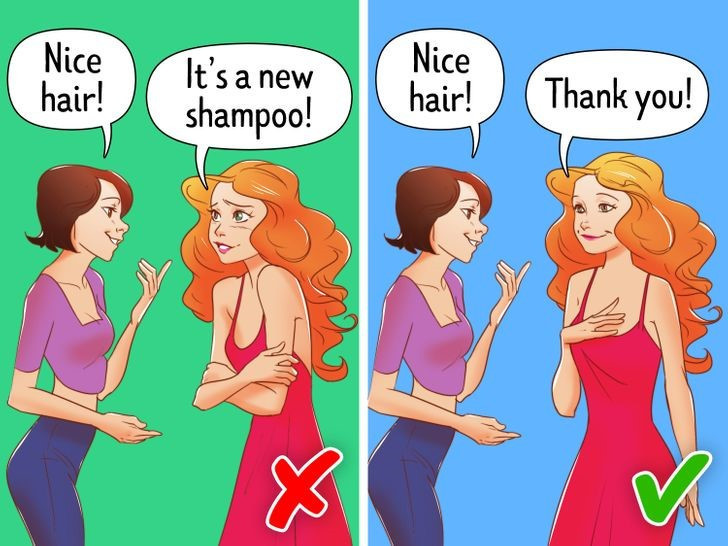 After the first exercise, the researchers asked the respondents to write something else: a letter about their difficult experience, which they would then share with another respondent they had never met before. After that, they exchanged their letters and discussed their experiences with each other. Before writing, respondents commented on how risky it seemed to them to share their story with someone.

On the whole, the more they were afraid of compassion, the greater the assessment that it was risky to share their experience with someone. But, among the respondents who were in the so-called self-feeling group, this connection disappeared.

Thus, self-esteem not only reduced the negative feelings of the respondents at the time but also directed them towards the opinion that such self-discovery is not as risky as they were inclined to assess.

In addition, because self-esteem is associated with more intense feelings of security and connection with others within our social world, practicing self-esteem can lead people to feel safer, less threatened, and confident, while weakening the connection between their fears and assessed risks carries self-discovery, ”say the authors of this study.

Many people opt for psychotherapeutic help so that they can build a qualitatively different relationship with themselves. For that purpose, CFT helps them, a therapeutic direction that has deservedly gained popularity, as it achieves tectonic changes in the way we experience ourselves, others, and the world in a fairly simple way. 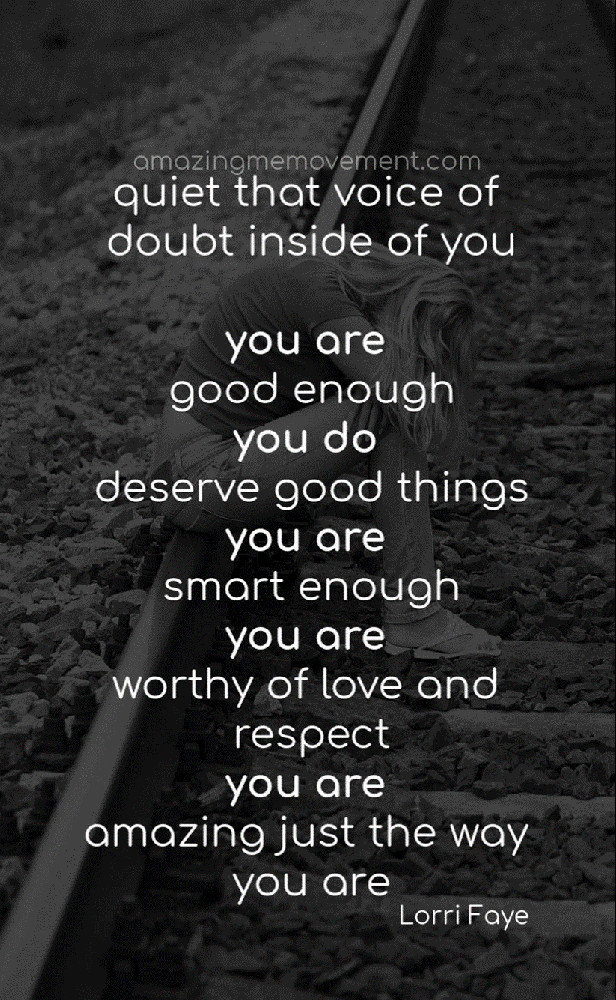