In one of my texts, I stated that there are two types of motivation: internal and external! In the content that is in front of you and is called “The Eleventh Commandment of God”, I will describe an event that can completely disrupt not only our motivation, but also life itself!

What is it about? 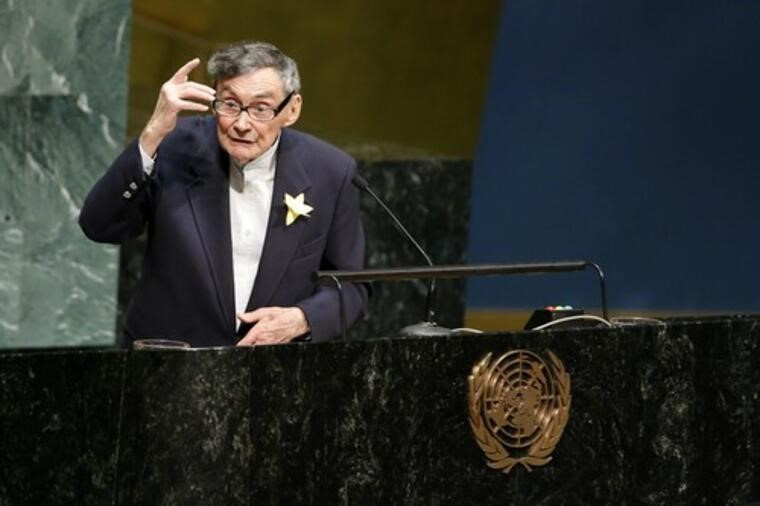 A former prisoner from Auschwitz, Marian Tursky spoke in 2020 at a commemorative event marking the anniversary of the liberation of the Auschwitz concentration camp.

The 93-year-old Polish journalist and historian of Jewish origin noticed that people live by the 10 commandments, but the background of the Holocaust gave rise to the eleventh commandment: “Do not be indifferent.”

“Dear audience, friends, I am one of those who are still alive and a few who were at this place almost until the last minute before the liberation. On January 18, my so-called evacuation from the Auschwitz camp began, which after six and a half days continued as a death march for more than half the prisoners. I was one of 600 people marching in a column in those days. Probably I will not experience the next anniversary. It is the law of life.

Therefore, forgive me for being sentimental and for saying many touching things.

When World War II broke out, I was a teenager. My father was a soldier and badly wounded in the lungs, which was very difficult for our family. My mother came to the Polish-Lithuanian-Belarusian border, where the armies stopped, looted and raped, set fire to the villages so as not to leave anything for those who would come after them. And so, I can tell you that back then, I knew firsthand what war was. But regardless, some 20 or 25 years later, it all seemed as far away as the French Revolution. 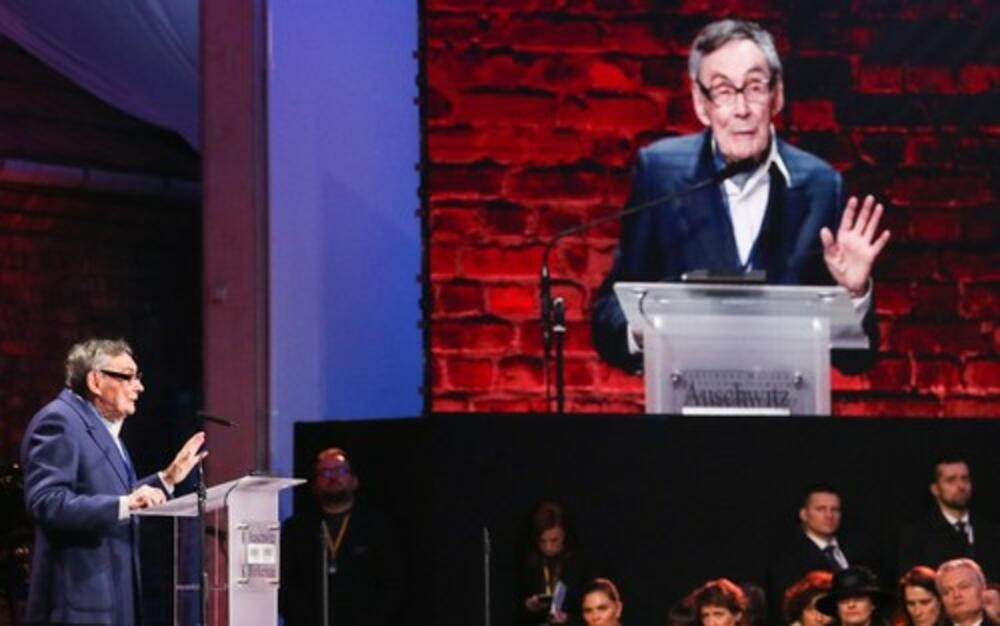 When I meet young people today, I realize that they are tired of these topics: war, the Holocaust, genocide … I understand them. Therefore, I promise you, young people, that I will not tell you about my suffering. I will not tell you about my experience, about my two death marches, about the abduction of how I ended the war weighing only 32 kilograms, on the verge of exhaustion and death. I don’t want to tell you about what was the worst, about the tragedy of parting with a loved one, when you see what awaits them from the nothingness of that rifle … No, I won’t talk about it.

I see that the President of Austria, Alexander Fan der Blen, is with us. Remember, Mr. President, when you received me and the leadership of the Auschwitz International Committee, when we talked about those times, you said at one point: Auschwitz did not fall from the sky. I can tell you what they say with us: obviously!

Of course, he didn’t fall from the sky. This may sound like a common statement, but there is a deep and very important meaning in it.

We only remember Berlin in the early 1930s. Let’s say we are in the center of the city, and then on the benches, in the early 30s, the inscription appears: “Jews cannot sit on this bench.” You might say: uncomfortable, unfair, that’s not normal, but there are so many benches around, they can sit on another bench, that’s fine.

Remember we are talking about an area inhabited by German and Jewish intellectuals. Albert Einstein, Nobel laureate Nelly Sachs, industrialist and politician, Minister of Foreign Affairs Walter Ratenau lived there. 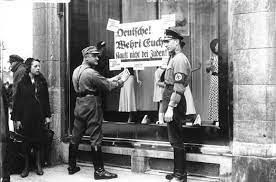 Then inscriptions appeared in the pool: “Jews are forbidden to enter this pool.” We can say again: this is uncomfortable, but there are so many places to swim in Berlin, so many lakes, canals, it’s almost Venice, so you can go somewhere else. At the same time, an inscription appears somewhere: “Jews cannot belong to the German Singing Union.” So what? If they want to sing, let them play music, let them gather and sing.

Then there is an inscription and an order: “Jewish children who are not Aryans cannot play with German, Aryan children.” They will play alone. And then the inscription appears: “We sell bread and food to the Jews only after 5 p.m.”

This is already a problem because there are fewer choices, but again, you can buy after 5pm.

Attention, attention, we begin to live with the idea that someone can be excluded, that someone can be stigmatized, that someone can be alienated. And so, slowly, gradually, day by day, people are starting to live with it – and the victims, and the executioners, and the witnesses, those we call random passers-by, are starting to get used to the idea that this is a minority that can be pushed out of societies, that they are foreigners, that they are people who spread bacteria, epidemics. This is already scary, dangerous. This is the beginning of what could happen in a minute.

And then it goes by force, and so on: a ban on employing Jews, a ban on emigration.

And then there will be a quick transition to the ghetto, and from the ghetto by truck to Auschwitz, and then to the gas chambers.

Here, too, what Mr. President said is applicable: “Auschwitz did not fall from the sky.” They trampled on Auschwitz in small steps, approaching him slowly until what happened here happened. 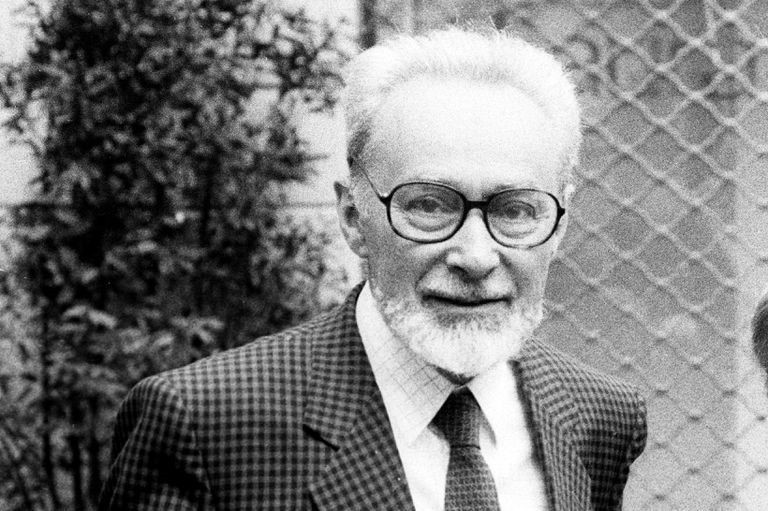 I will share with you another personal memory: in 1965, I was on a scholarship to the United States, and then it was the culmination of the battle for human rights, civil rights, and the rights of the African American population. It was an honor to march with Martin Luther King. And then people who found out I was in Auschwitz asked me, “Do you think it could only happen in Germany? Could it happen somewhere else?” And I told them:

“It can happen to you too. If you violate civil rights, then it can happen.”

“You can do everything yourself. If you can defend the Constitution, your rights, your democratic order, by defending the rights of minorities, you can win.”

We in Europe are mainly based on the Judeo-Christian tradition. Believers and unbelievers accept the Ten Commandments as their civilization canon. My friend, the president of the International Committee of Auschwitz, Roman Kent, who spoke here five years ago during the previous anniversary, could not come today. He invented the 11th commandment, which is the experience of the Holocaust, a terrible era of contempt. 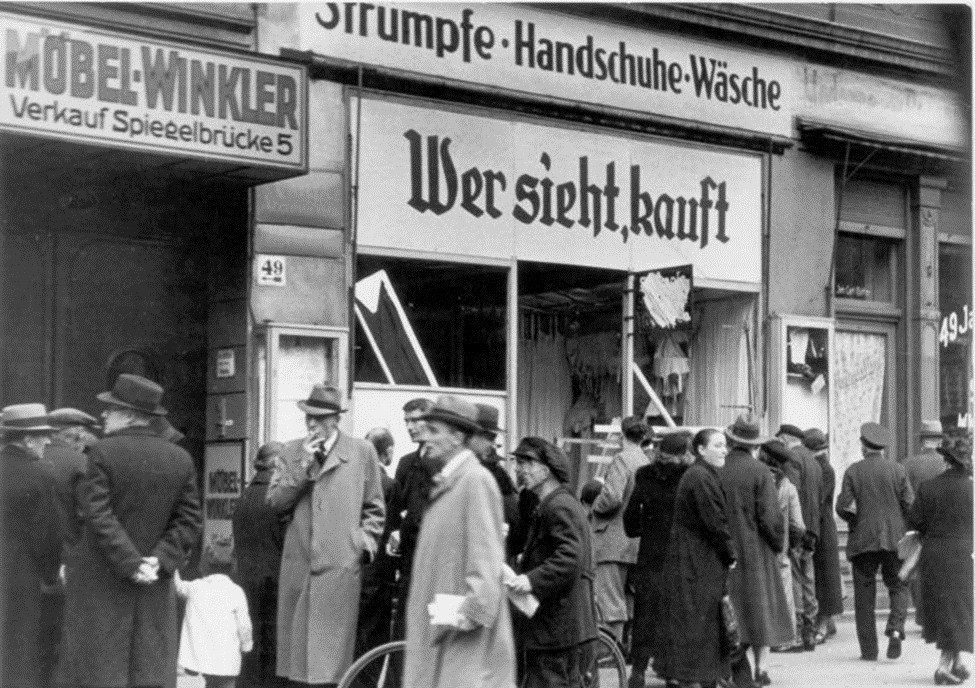 This commandment reads as follows: DO NOT BE INDIFFERENT.

Be faithful to all the commandments, especially the eleventh: DO NOT BE INDIFFERENT.

Because if you do that, you won’t even look back at you and your descendants, some Auschwitz will suddenly fall from the sky”.

The precondition for evil to prevail is that good doe’s nothing! 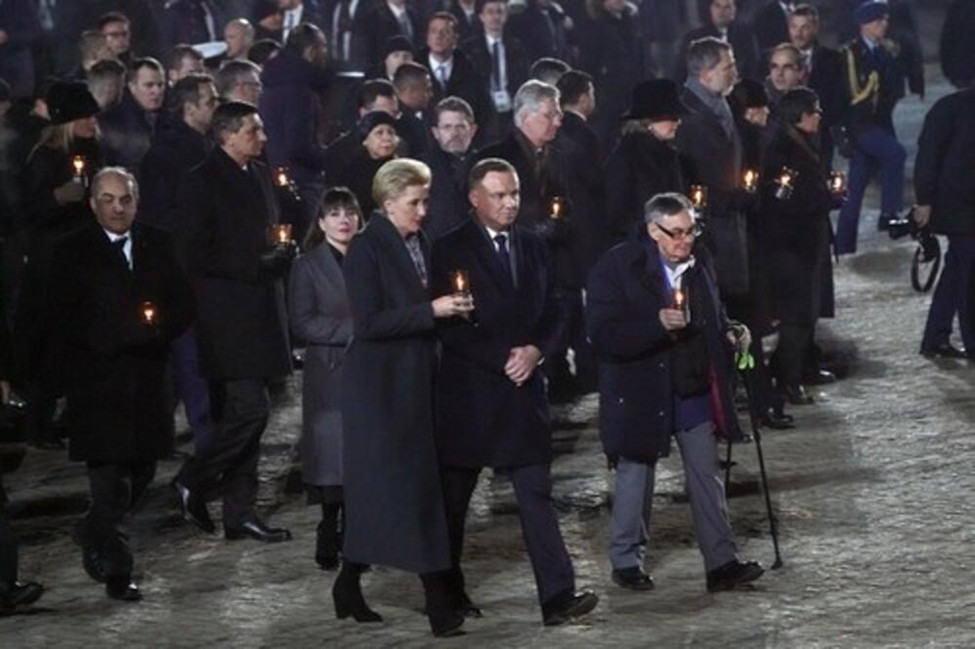 I hope you liked the content “The Eleventh Commandment of God”?