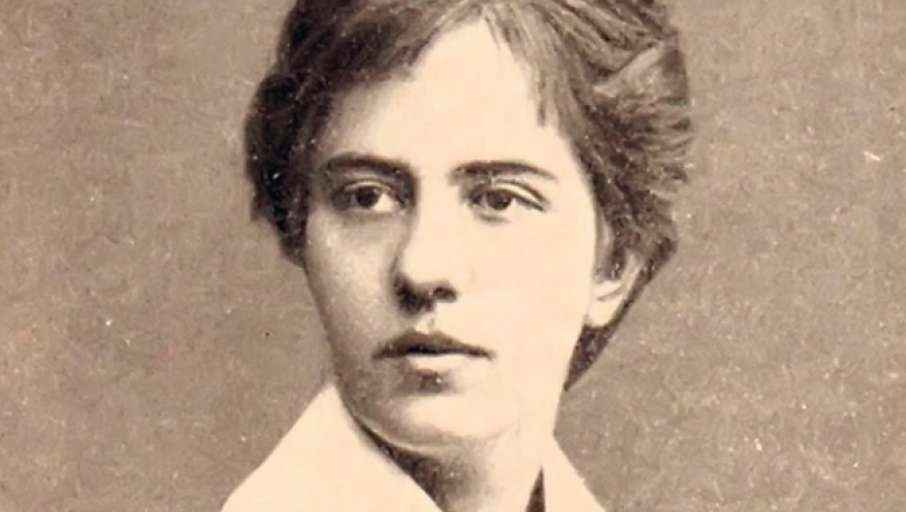 Draginja Draga Ljocic was from a young age a woman ahead of her time, who fought fearlessly and with a heart full of love and faith, all her life for her homeland in all fields!

When there were no wars on the “agenda” in Serbia’s turbulent history, Draginja led the battle for women’s rights, common sense, culture, and, at the end of it all, the most fulfilling one – the battle for a better life and the salvation of children.

She was not only the first female doctor in Serbia, she was and is the first Serbian woman with the “title” of an officer, and the first lady who kept her last name after marriage.

This is the story of a noble person who is the first female doctor in Serbia.

“Stubborn” to his father

The story of the brave Draginja begins way back in 1855, on February 22, when she saw the light of day in Sabac in a family of Cincar origin. Dima’s father was engaged in trade, and as he loved the pursuit of justice, which the Serbian heroine drew on him, for a long time he had a dispute over an estate with a rich family from Sabac.

When he unexpectedly lost this case in court, he was left penniless and financially “ruined”, but that didn’t stop him from giving his last penny to a local churchman to ring the church bells. When the locals asked him who died, Dima’s Ljocic defiantly and bitterly answered: “Justice died and I am burying it today.” Because of this, he “earned” 25 shots per round from the chief, but he got his way!

In order to feed his wife and five children, Ljocic became a baker. He knew the power of knowledge, so regardless of their unenviable financial position, he educated the children and they, in the years to come, became some of the most famous people of their time.

Gifted, smart, and persistent, Draga, certainly more than anyone else, brightened the face and restored the prestige of her family, proving that the Ljocic, although impoverished, is not without potential, honor, talent, and above all, generosity and patriotism.

After graduating from the Higher Women’s School in Belgrade, she, driven by ambition and socialist ideas, moved to Zurich where she completed her medical studies in 1878, at the age of only 23, officially becoming a “doctor of medicine, surgery, midwifery and ophthalmology”. 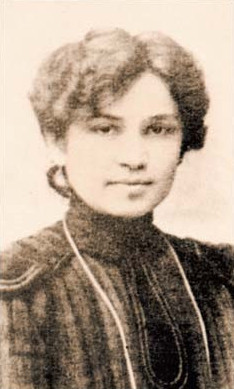 She was the first woman from Serbia and only the fourth in Europe to do it!

During the eternal “fight with windmills” and continuous work on personal and social progress, love happened to Draginja. In 1883, she married oppositions Rasa Milosevic, one of the founders of the Radical Party and a highly educated intellectual close to the ideas of Svetozar Markovic.

Even their marriage is a piece of history. Draginja was the first Serbian woman who kept her last name after marriage and since then signed herself as Draga Ljocic Milosevic.

The female doctor who “bothered” her male colleagues

Even before obtaining her diploma, she could boast of extensive practice and the fact that she is already a proven doctor. She gained experience where it was “bloodiest” and most needed – on the battlefield. In the midst of the Serbian-Turkish war, 1876. – 1877, Draginja returned to her homeland to help the soldiers of Serbia as a nurse and was then crowned with the rank of medical lieutenant.

But neither a degree from the University of Zurich, nor a war decoration, could overturn the misogynistic attitudes of Serbian society at the time, and Draginja, although more professional than many of her male colleagues, encountered resistance when she wanted to work as the first female doctor in Belgrade.

Only after the intervention of her wartime commander, the then Minister of Internal Affairs, decided that Draga should get a license to practice medicine, but this did not allow her to work in the civil service. Even the fact that at that time there were barely 80 doctors in Serbia, mostly foreigners, could not influence the controversial law.

However, her determined spirit could not be broken by this injustice – she opened a private practice in Belgrade, soon becoming a member of the Serbian Medical Association, where she tirelessly advocated for a more favorable status for women doctors, even though it was an almost “quixotic” undertaking, as after all a lot in her life.

Finally, in 1882, things moved from the deadlock, although certainly not in the way that this daring Sapcan woman deserved – she was appointed as a physician’s assistant at the General State Hospital, the largest medical institution in Serbia at the time.

When, three years later, the Serbian-Bulgarian war broke out, in 1885, Draginja again showed her worth. She accepted an extraordinary responsibility and bravely got down to work – she was the only doctor in as many as three hospitals: the General State Hospital, the Infectious Disease Hospital and the Hospital for the Wounded.

And, once again, the full splendor of society’s hypocrisy came to the fore – only in war, in harsh circumstances, poverty and illness, Draginja could be equal with her male colleagues. 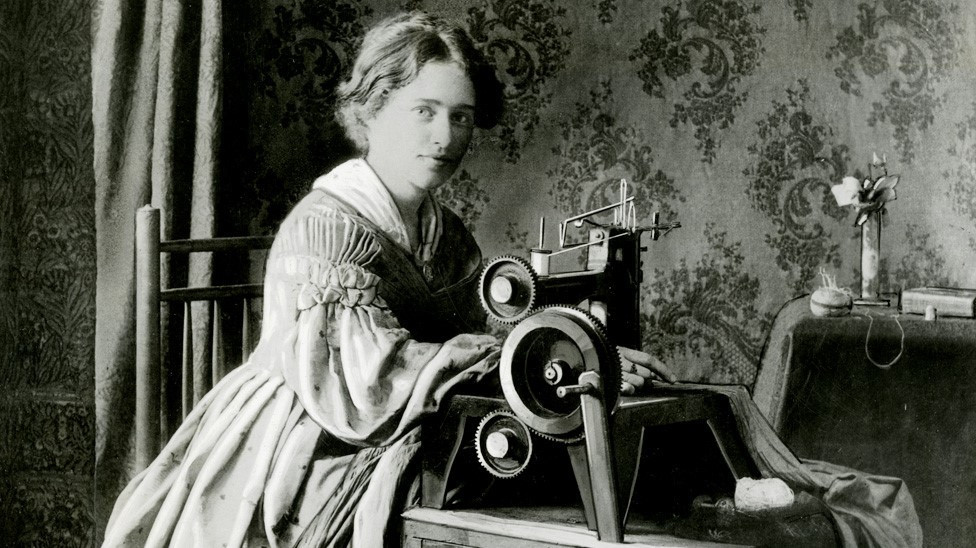 Mother of all the children of Belgrade

After the state of war ended, in 1886, while the memory of her hard and “chivalrous” work was still fresh, Draga was promoted to “secondary doctor”. Even with that newly minted title, she was not equal to the stronger sex, because she was denied the right to a periodic salary increase and to a pension.

The proud Serbian woman, tired of being contested, then asked the Ministry “to have all medical rights given to all doctors, regardless of gender”.

The answer came six months later in the form of dismissal from the civil service.

But life was able to save her from trouble at least once. The dismissal did not tarnish her reputation or face, because people remembered her war merits and praised her as a humane person and an excellent doctor. Draginja Ljocic’s work was mental strength, and she had no intention of ever giving up medicine – she went back to private practice, and patients knew that they could call her office at any time of the day or night.

At the same time, she worked in the Monopolies Administration as a part-time doctor, but her efforts did not end there. In 1904, she founded the “Maternal Association” with the vision of stopping the high infant mortality rate and helping care for abandoned children and orphans. The very next year, thanks to the initiative, enthusiasm and persistence of Dr. Draga, this association got a building, and it grew into a “Home for the homeless”.

The effort and greatness of this woman could not go unnoticed, although she was regularly challenged by official institutions and the state. She was a role model for the citizens of Belgrade in the 19th century, but the appeals began to pour in beyond the borders of the country. Europe paid tribute to Dr. Draga Ljocic on several occasions in its press, sparing no words of praise.

Persistent as she was, Draga did not want to give up the fight for equality. Tirelessly, from time to time, she wrote to the Ministry, complaining that even after 30 years of service, she could not compete with her male colleagues either in position or salary.

She came across “interesting” answers full of prejudices and harsh insults at the expense of gender affiliation, and one of them was that she cannot expect the same conditions, because “by physical nature, a woman is called to lean on someone stronger than herself”.

Years of hard work and day-and-night efforts took their toll – her health was impaired and weak, and she was already in her sixth decade, but even that did not prevent her from showing her strength during the Balkan wars – she tirelessly stayed in dispensaries for citizens and the poor. Immediately after, the Great War (another name for the First World War) entered the scene of history, in which Dr. Draginja also decided to make her contribution – even from distant Lausanne, she organized the sending of packages to Serbian prisoners in Hungarian and German camps.

The end of the First World War, slowly but surely, brought a different atmosphere to society and changed entrenched understandings. In step with that, Draga Ljocic, after more than four decades of work, finally received the formal title of doctor in 1919.

A year later, she became the first president of the Association of Belgrade Women Doctors, and in 1924, she was entitled to a pension. Unfortunately, Dr. Draga enjoyed the long-awaited victory for only two years – her life quietly ended on November 5, 1926, in the family house on Topcider hill.

A larger than life story

The story of Draginja Draga Ljocic is one of the first reliably recorded testimonies about the contribution of women to the progress of modern Serbian society. She was a woman who could literally do anything – to be the fourth girl with a university medical degree in Europe, to defend the colors of Serbia in as many as four wars with her charity, knowledge and healing skills, to give birth to five children and maintain a harmonious marriage, to be good and a devoted friend, to fight for women’s rights and their better position, to work on improving the doctor’s profession, to translate professional literature, and on top of all that – taking care of abandoned and abandoned children.

In the end, it seems that it was not necessary for her to be equal with her male colleagues, because Draga Ljocic was much more than them. 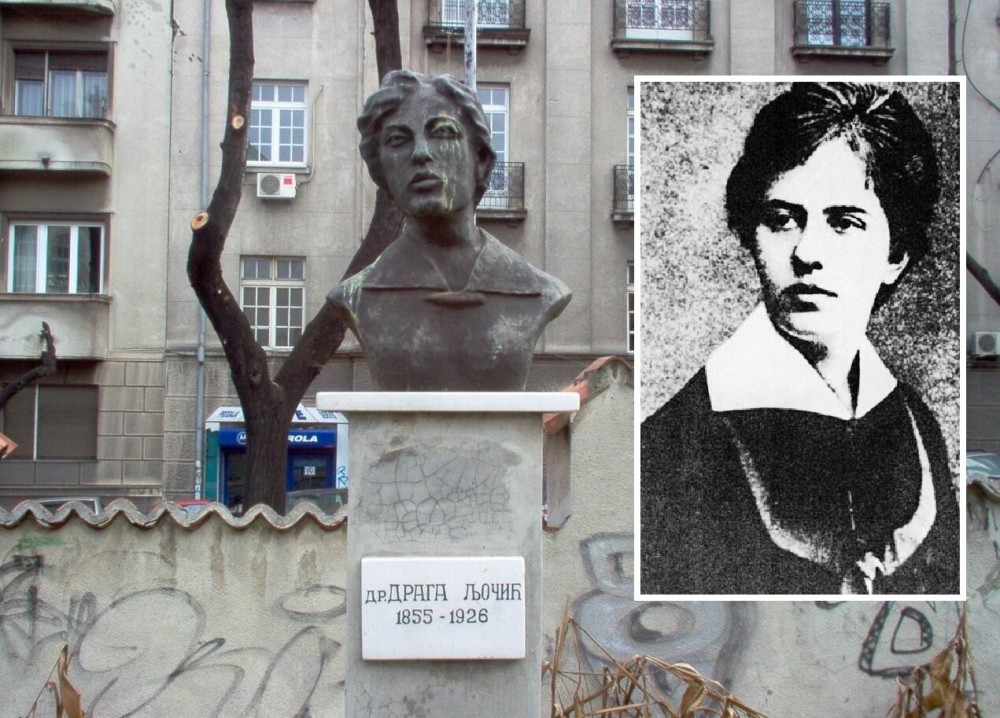 I hope you liked the content about Dear Ljocic?