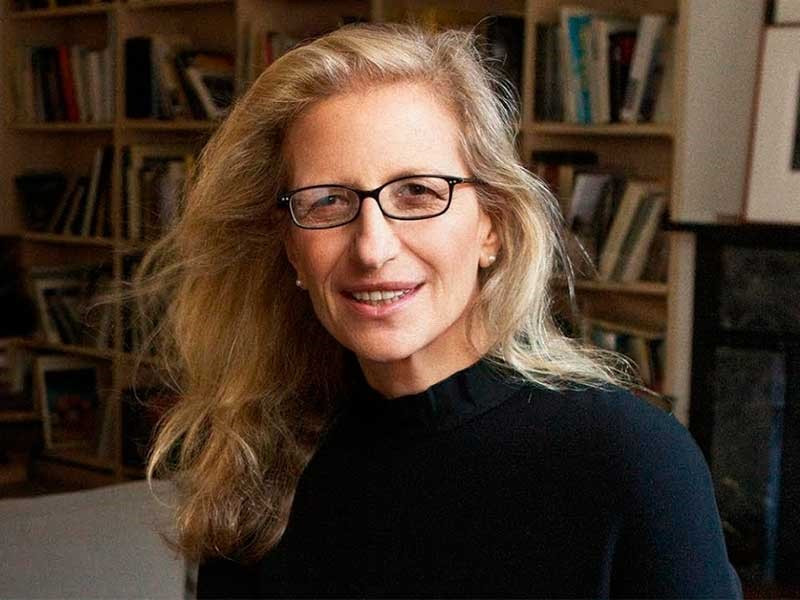 “I am more interested in being good than in being famous”, said Annie Leibovitz, a famous photographer, on one occasion. However, by elevating the portrayal of celebrities into art, she became as famous as most of her models.

She is included in the group of the world’s best portrait photographers, and her photographs have appeared in the most prestigious magazines for decades. She started her career as a photographer for “Rolling Stone” magazine, and today she cultivates a long and stable collaboration with “Vanity Fair” and “Vogue” magazines.

This is the life story of Annie Leibovitz.

Anna Lou, or Annie Leibovitz, was born in 1949 in Waterbury, the American state of Connecticut, as the third of six children. He belongs to the third generation of Jewish immigrants from Central and Eastern Europe. It would be most correct to say that she is an American Jew whose family roots go back to Romania and Estonia. Her father was a lieutenant in the US Air Force, and her mother was a modern dance instructor. Due to his father’s service, the family often moved. Annie even said in an interview with The Wall Street Journal in 2008 that they had no money, so her parents would just put them in the back seat of the car and drive them to the next place of residence, where her father would get a job. They lived in Mississippi, Texas, Alaska, and the Philippines, where the famous artist took her first photographs during the Vietnam War. 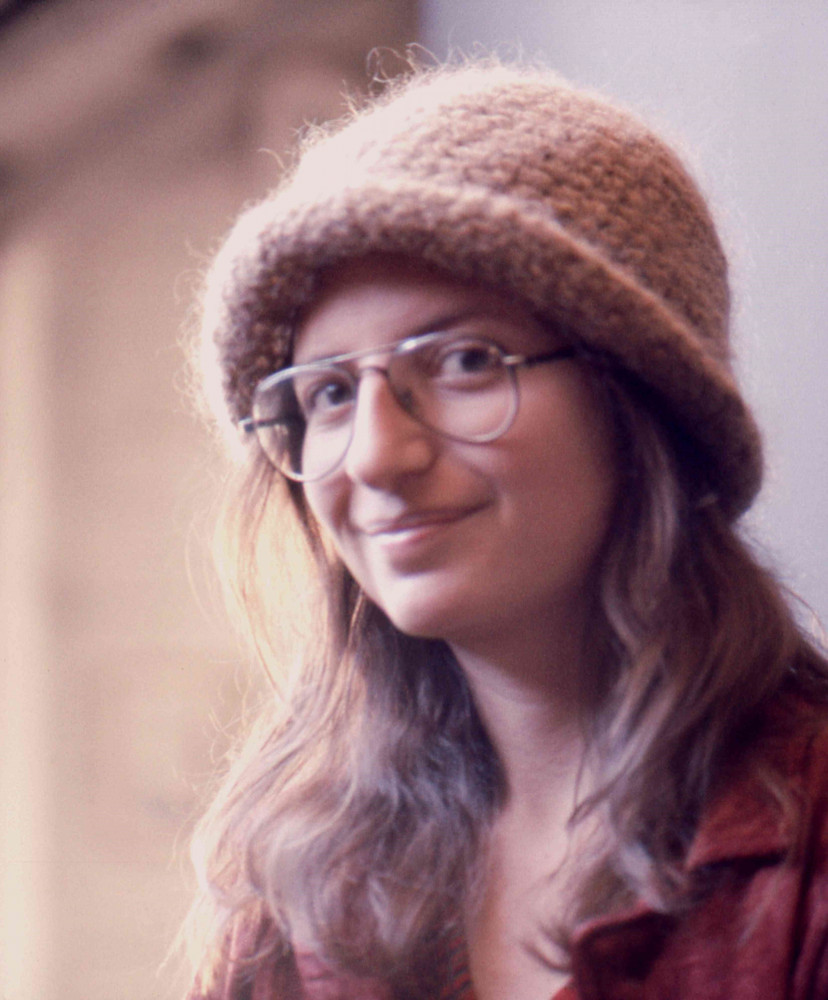 Back in high school, she showed interest in various arts, and in 1967, she enrolled at the “Institute of Art” in San Francisco. Although she studied at the Department of Painting, she developed a great love for photography. She began attending night photography classes, which at the time were largely based on the work of Robert Frank and Cartier-Branson. Both were considered kings of 35mm photography, the former in the US, the latter in Europe, and by studying their work, young photographers learned the relaxation of photography. That is when Annie’s personal work began, which was initially based on photographs of her family members.

It is interesting that she never, even when she became famous, separated family portraits from portraits of celebrities.

The camera used to be very heavy. Now we have modern, lightweight, small plastic cameras, but in the 70s, cameras were heavy metal. In 1970, Annie presented her photographs taken during her stay in a small commune – the Israeli kibbutz, Robert Kingsburg, the artistic director of the newly launched Rolling Stone magazine. Kingsburg, but also the founder of the magazine Jann Wenner, was delighted with the work of the young artist.

She was hired, her assignments were lined up, and her salary was $47 a week, even before she finished her studies. At just 23, she became the lead photographer for Rolling Stone, where she remained for the next ten years. Through her work and creating intimate photos of celebrities, she helped define the look of the popular “Rolling Stone”. However, over the years, she became more and more aware of other magazines. 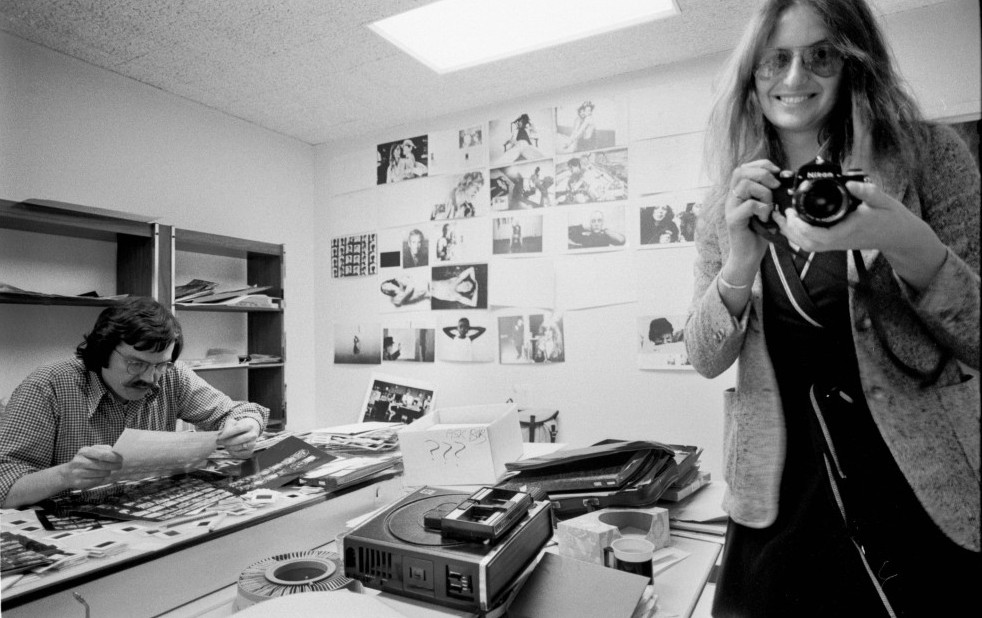 The American fashion and portrait photographer, Richard Avedon, had a great influence on Annie. Thanks to his work, she learned that she can work for magazines, and also create photos for her personal archive. That was the most important thing for her. Annie Leibovitz is an artist who seeks intimate moments with people in front of her lens. It seeks moments in which they open their hearts, souls, and lives.

“When I say I want to photograph someone, I actually think I’d like to meet them. I photograph every one I know”.

One of the engagements that certainly helped the reputation of Annie Leibovitz is working for the English band “Rolling Stones”. Her task was to document the famous Stones’ 1975 tour. She traveled and lived with them, capturing impressive moments, so the photos from this tour were later called “the most eloquent photos ever created in the world of rock and roll”. This project and the growing popularity of the rock group brought Annie to the group of the most famous contemporary photographers. Unfortunately, in addition to rock’n’roll, under the pressure of her career, but also her proximity to excess rockers, she fell into the jaws of cocaine. She later said in an interview with Vanity Fair:

“People always talk about the soul of the one in the photo. But the photographer also has a soul. I almost lost mine”.

She admitted that it took her five years to get through this “tour”, but after her recovery, her career continued on an upward trajectory.

While working for Rolling Stone magazine, Annie made countless recordings of John Lennon. She had the last opportunity to photograph the singer of the legendary Beatles in December 1980. In return, she promised him a cover. At first, she tried and tried to capture at least a few photographs of John Lennon himself, as requested by the magazine’s art editorial board. However, Lennon demanded that his picture with his girlfriend Yoko Ono be on the cover. 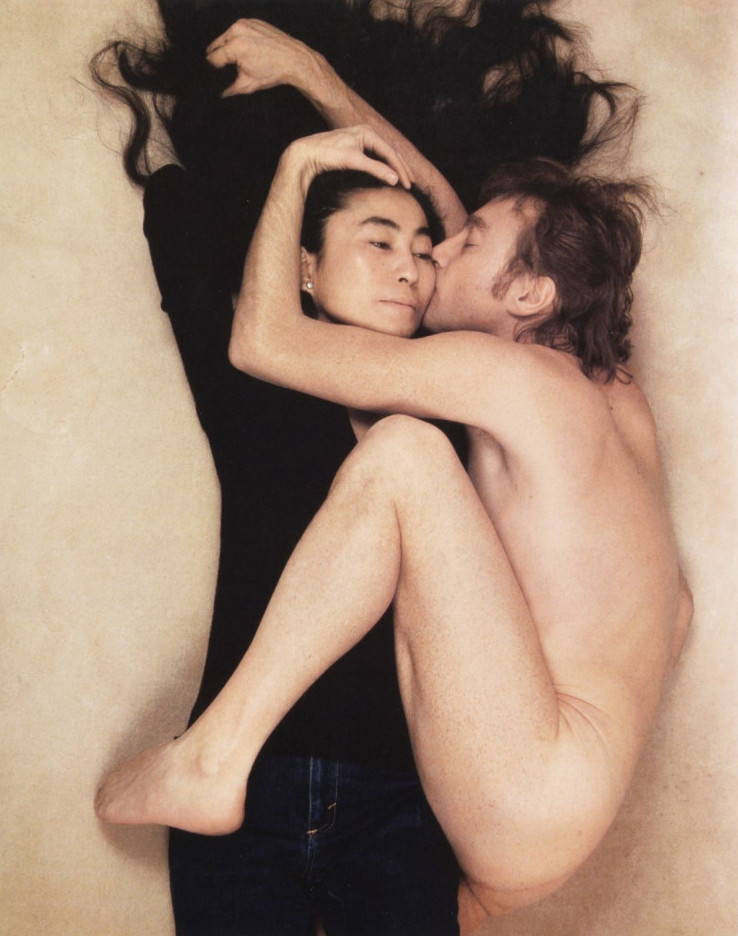 Leibovitz then tried to recreate the “kissing scene” that graced the cover of the album “Double Fantasy”. In the end, she made Lennon takes off all her clothes and curled up next to Yoko Ono, who was lying on the floor. This is how perhaps the most famous photo of this couple was created. Looking at the photo, one gets the impression that Lennon is very cold and that he is trying to warm his body by clinging to Yoko.

He claimed that Annie made a video showing their love affair exactly as it is, and he begged to be on the cover. Leibovitz was the last to do a professional photoshoot of John Lennon. He was killed only five hours after the end of filming, and in 2005, the cover page with this photo was declared the best in the last 40 years by the American Association of Magazine Editors.

Twenty-nine years later, a remake of this photograph was created. The actors this time were Sean Lennon, son of John and Yoko, and his girlfriend Charlotte Kemp Muhl. But, this time the roles are reversed – Sean is lying, while naked Charlotte is curled up next to him.

For the last two and a half decades, there has been no artist who has created more photographs of the people we most want to see than Annie Leibovitz. Her work is recognizable by its bright colors, intense lighting, but first of all, by its unique and surprising poses.

When she joined the “Vanity Fair” photography team in 1983, a whole treasury of new celebrities she could work with opened up to Annie. In this magazine, she crystallized her talent for making portraits and took many photographs that will remain recorded in the history of this artistic direction. 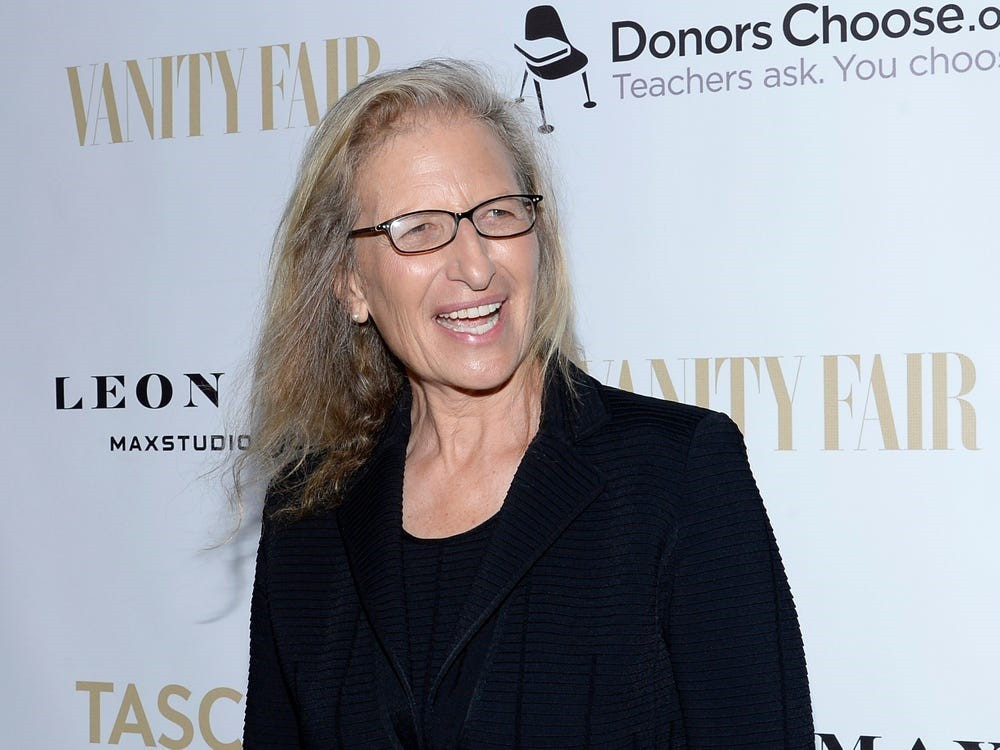 However, her work was not limited to merely documenting the appearance of celebrities. In fact, her creativity has always carried the singer in the overall impression that photography leaves on the one who sees it. The front pages stand out with Demi Moore in the seventh month of pregnancy and Whoopi Goldberg in the tub full of milk. These recordings, in addition to the recording of John and Yoko, became a trademark of Leibovitz.

She photographed almost everyone who achieved world fame within the profession in which she is engaged. Actors, athletes, musicians, directors, politicians, actors, models, and also members of royal families posed in front of her camera. Her portfolio, valued at $51 million, includes portraits of Scarlett Johansson, Cate Blanchett, Angelina Jolie, Meryl Streep, Johnny Depp, Leonardo DiCaprio, Tom Cruise, John Lennon, and Yoko Ono, Mick Jagger, Sting, Patti Smith, George W. Bush, the Obama family and Queen Elizabeth of England. Of course, the list does not end here, but approximately, whatever world star comes to your mind, you are free to bet that it was photographed by Annie Leibovitz.

Ahead of the 2010 FIFA World Cup, she succeeded in what many women dream of – taking off the best footballers on our planet, for the June issue of “Vanity Fair” magazine. Among the athletes were Cristiano Ronaldo, Didier Drogba, Samuel Eto’o, and Serbian football player Dejan Stankovic. 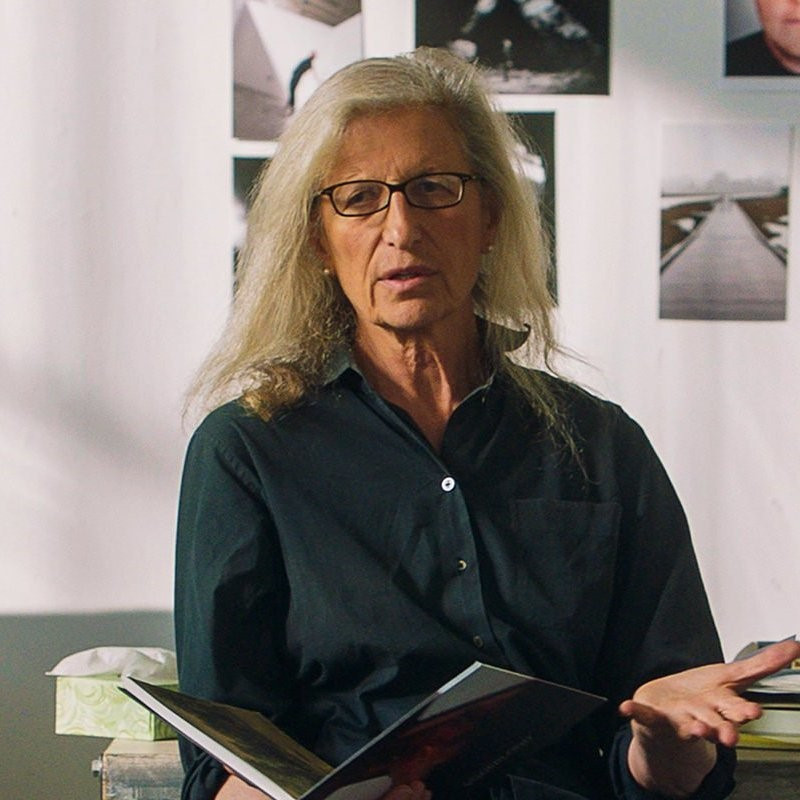 Just like some photographs of this artist, her private life often provoked violent reactions. The love of her life was Susan Sontag, a famous writer, and essayist. They met in 1989. when Annie photographed her for the cover of her book. From then until Sontag’s death in 2004, the artists were in an emotional relationship, but Leibovitz revealed this relationship only after the illness and premature death of her mistress, saying that she recognized her life companion, but also a constructive critic.

Although they never spoke publicly about the nature of their relationship, the two often appeared together in public. And the book “Women”, which they created together, showed that they agreed on a professional level. The book was written in 1999 and contains photographs and one essay. Over a hundred photographs of women were shown, with short biographies of each, except two – Susan Sontag and women identified as “victims of domestic violence”.

In the early 1990s, Annie stated that it was already quite late for her biological class and that she had been thinking about giving birth for several years. However, it was only at the age of 52 that she gave birth to a daughter, Sarah Cameron. She never revealed the identity of the father of her child, which she conceived by artificial insemination. In May 2005, thanks to a surrogate mother, she had two more daughters, twins Susan and Samuelle. 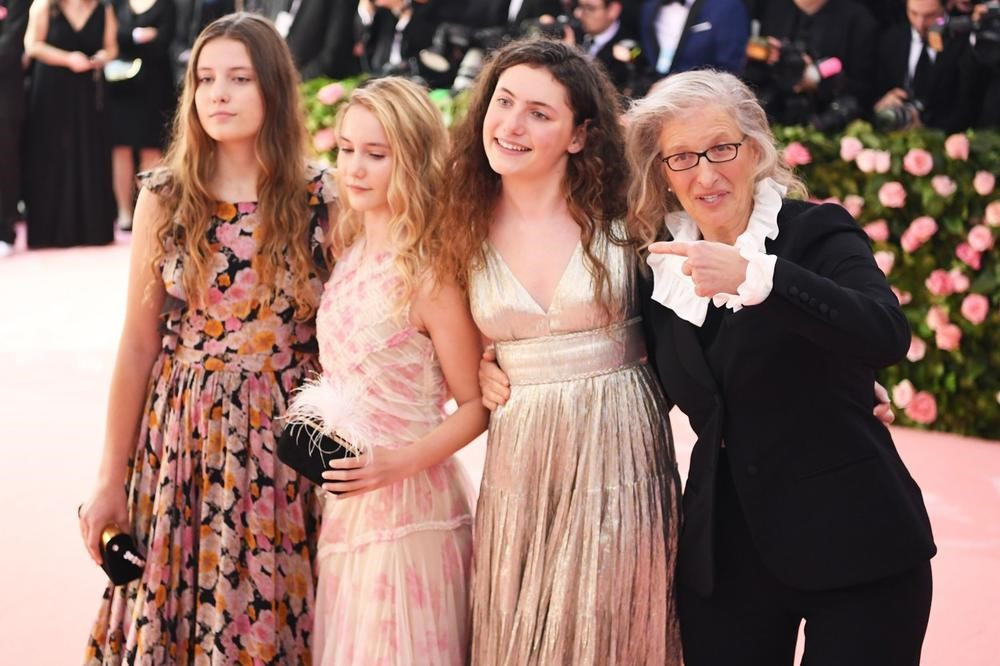 The biggest attention of the public was attracted by the engagement by the fashion magazine “Vogue”, and in connection with the not so exemplary and favorite couple Kim Kardashian and Kanye West. It was strange that Anna Wintour, the editor of Vogue, agreed that the starlet and rapper would take the cover of her pride. In any case, the cover appeared, with the signature of the famous Annie Leibovitz, who after only a few days expressed remorse for the recent photoshoot.

For us, as observers, all that remains is to pay tribute to the woman whose photographs attract looks, convey messages and emotions, provoke comments and certainly change the world when it comes to this art. And they do all this because they are spontaneous and true.

“Movements that have been manipulated seem a bit boring to me. I think life is weird enough anyway”. 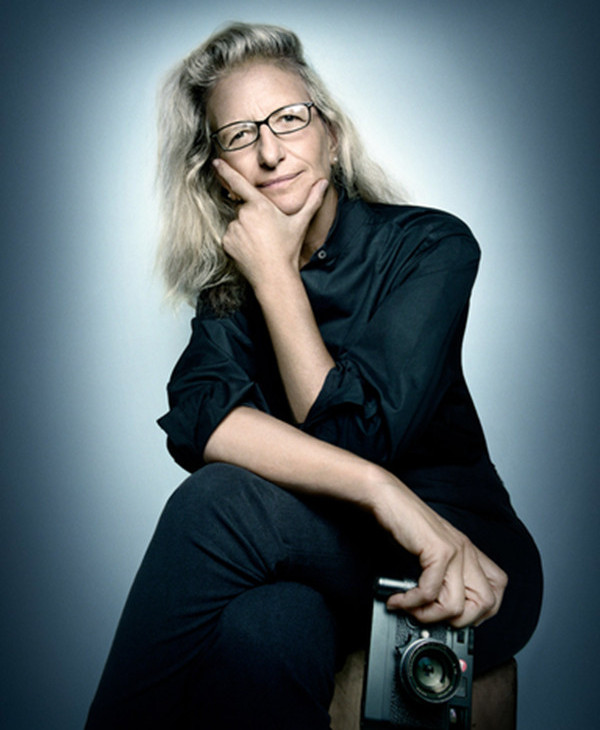 I hope you liked the biography of Annie Leibovitz?