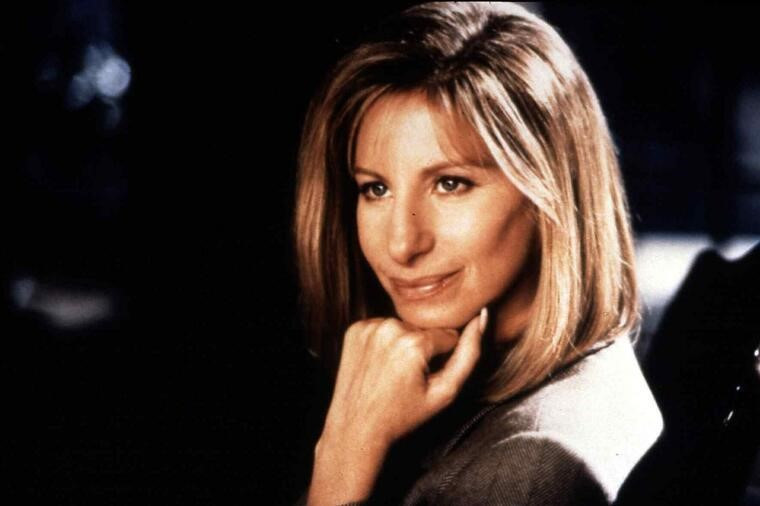 During her career, she has sold almost 250 million albums and won the top of the album list of the American magazine “Billboard” a record 11 times. From night to night he sings for several hours, each time in a different city.

Her latest album, “Encore: Movie Partners Sing Broadway”, on which she sings classics from the musical in duets with Hollywood stars such as Hugh Jackman, Alec Baldwin, Jamie Foxx, Melissa McCarthy and Anne Hathaway, was also at the top of “Billboard” lists.

And although she gets the impression that she was born for the stage, it didn’t seem that way in her youth, as Neil Gabler, the author of her new biography Barbara Streisand: Redefining Beauty, Femininity, and Power, writes.

In the following text, I will describe the life story of Barbara Streisand!

Barbara Joan Streisand, was born in 1942 in Williamsburg, part of New York’s Brooklyn neighborhood, to a family of Jewish immigrants.

Her father, Emanuel Streisand, a high school teacher, was born in Poland, and her mother, Diana Rosen, a school secretary, was originally from Russia. Barbara was a small, inconspicuous girl (she dropped “a” from the name when she started her career, because it seemed to her that Barbra sounded more unusual) with whom no one wanted to play and whom her peers called “big beak” and she was ruthlessly mocked. Her father died of an epileptic seizure shortly after her first birthday, so her mother, with 15-month-old Barbara and seven-year-old Sheldon, returned to her parents. 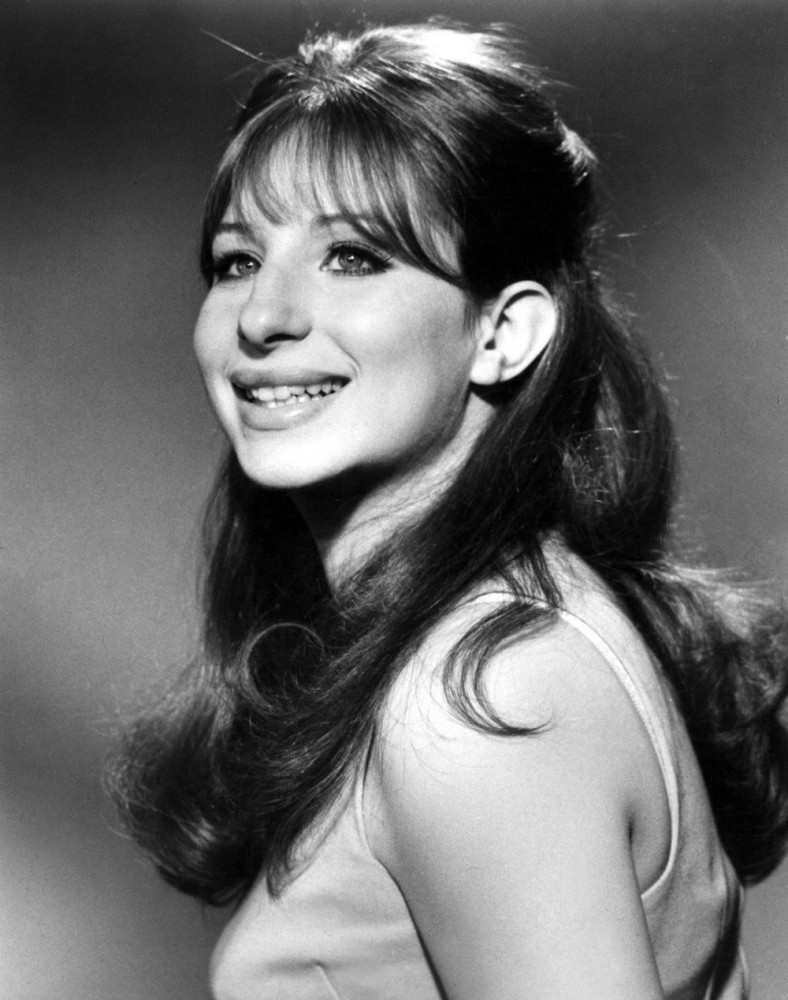 Although Barbara constantly fought for her mother’s affection during her growing up, she did not manage to get it. Even then, she dreamed of spotlights, for a while she went to ballet classes, sang in the school choir, and every Saturday afternoon, she went to the “Loew’s Kings” cinema and imagined how she would one day become a famous actress.

She made the decision to leave Brooklyn when her mother remarried to Louis Kind, a second-hand car dealer prone to alcohol, and in 1951 gave birth to a daughter, Rosalind. She told her mother that she wanted to succeed in show business, and she replied that she was “too infamous to be a singer or an actress” and that she was “better off giving up running for fame.”

“You’ll see,” Barbara snapped, vowing that no one would ever make fun of her again. 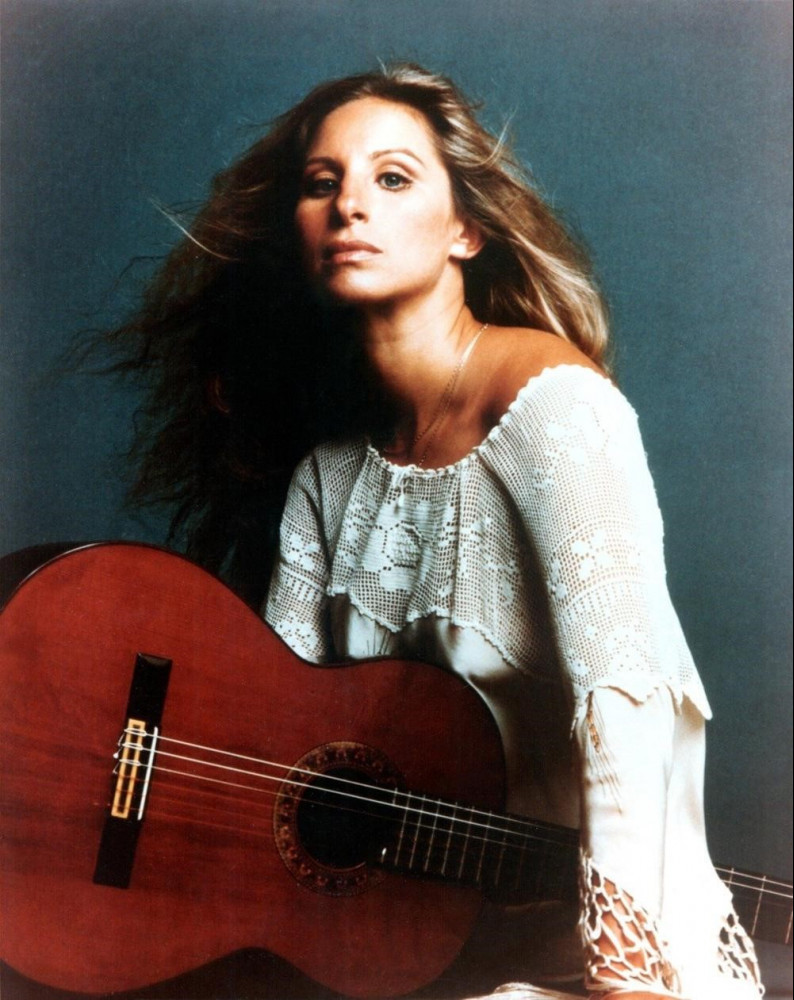 Immediately after graduating from Erasmus High School, where her schoolmate was future musician Neil Diamond, and her first crush was Bobby Fisher, who later became the world chess champion, she was given the opportunity to escape to Manhattan.

She befriended the married couple Anita and Alan Miller, actors from the Cherry Lane Theater in Greenwich Village, and suggested that she take care of their children if they gave her acting classes.

Working several part-time jobs, 17-year-old Barbra received an offer to sing in the nightclubs “Bon Soir” and “Blue Angel”. The word about the young singer with a great voice and an unusual image quickly spread through New York. Namely, she performed in dresses with a tiger pattern, with a high raised bun, accentuated make-up and eyes drawn like Cleopatra’s. There were, however, malicious comments. Hollywood actor Mickey Rooney mockingly called her “Cyrano de Streisand”, alluding to her big nose.

Not looking back on such things, Barbra just stepped forward: at 18 she won a local singing competition, and at 19 she started performing as an entertainer and hostess on television. There, in “The Tonight Show”, comedian Grucho Marx spotted her and predicted her great success.

Already in 1962, she got her first role on Broadway: she played Miss Marmelstein in the play “I Can Get It for You Wholesale”, for which she won the New York Drama Critics Award and was nominated for the prestigious Tony Theater Award.

The audience was enchanted by her voice and Barbra began to receive increasing fees, so she could finally afford to rent her first apartment – above the fish restaurant on Third Avenue. Her roommate and soon her husband, was Eliot Gould, a colleague from the play. They were married in 1963, the same year that her musical debut release “The Barbra Streisand Album” was released, for which she received two “Grammy’s”. 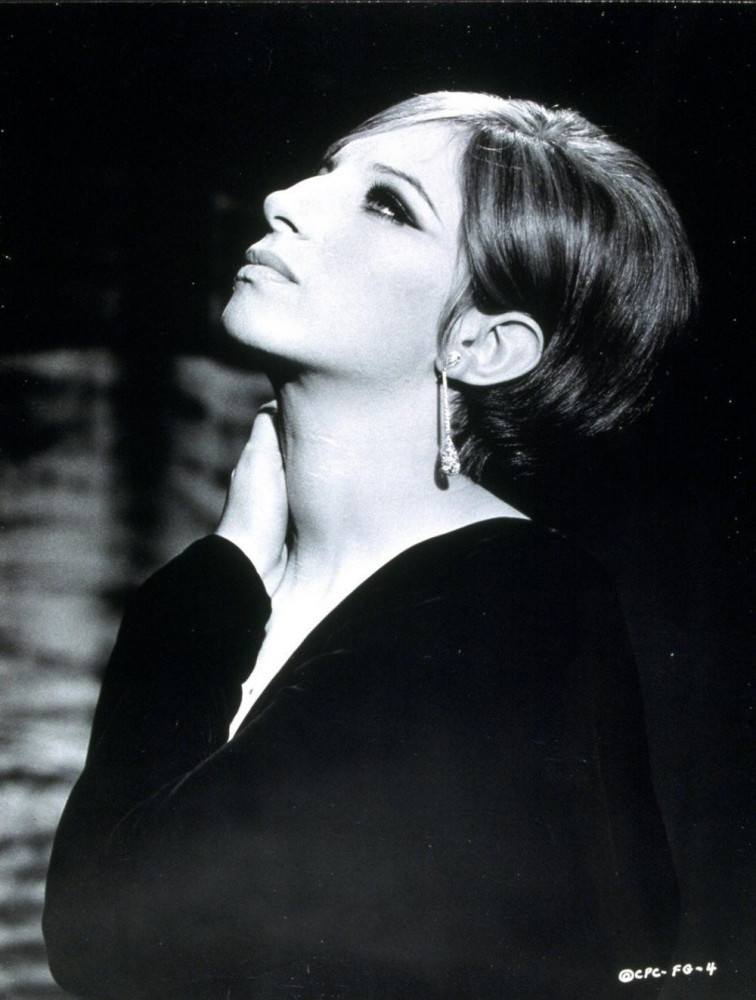 A new rise in her career was made possible in 1964 by the role of Fanny Bryce in the musical “Funny Girl”. She also started to host her own TV show “My Name Is Barbra”, for which she won five “Emmy’s” the following year and received a new, ten-year contract from the “CBS” network. She interrupted her career for a short time at the end of 1966, when she gave birth to her son Jason, and only six months later, she went to Hollywood to shoot the film version of “Funny Girl”.

– I couldn’t believe it when I met Kerry Grant at the party they organized for me. And Marlon Brando, the only actor I considered my idol. All these people came to the party to meet me and welcome me to Hollywood, and I froze in fear and I couldn’t even get up to talk to them, as if my butt was stuck to a chair. Afterwards, I read in the newspaper that I was cold and arrogant – she later told about her first meeting with Hollywood stars.

Maybe there are crumbs of truth in the claim that she is arrogant, considering that she refused to perform with Frank Sinatra several times, because he was not sympathetic to her. But, as a star, she could afford that whim: as many as 130,000 fans came to listen to her at her free concert in 1967 in New York’s Central Park. Out of nervousness, she then forgot the words of the song, and later she discovered that due to the anonymous death threat, she was so scared that she did not perform live for the next 27 years. She returned to the concert podiums only in 1994, when she went on a European tour. 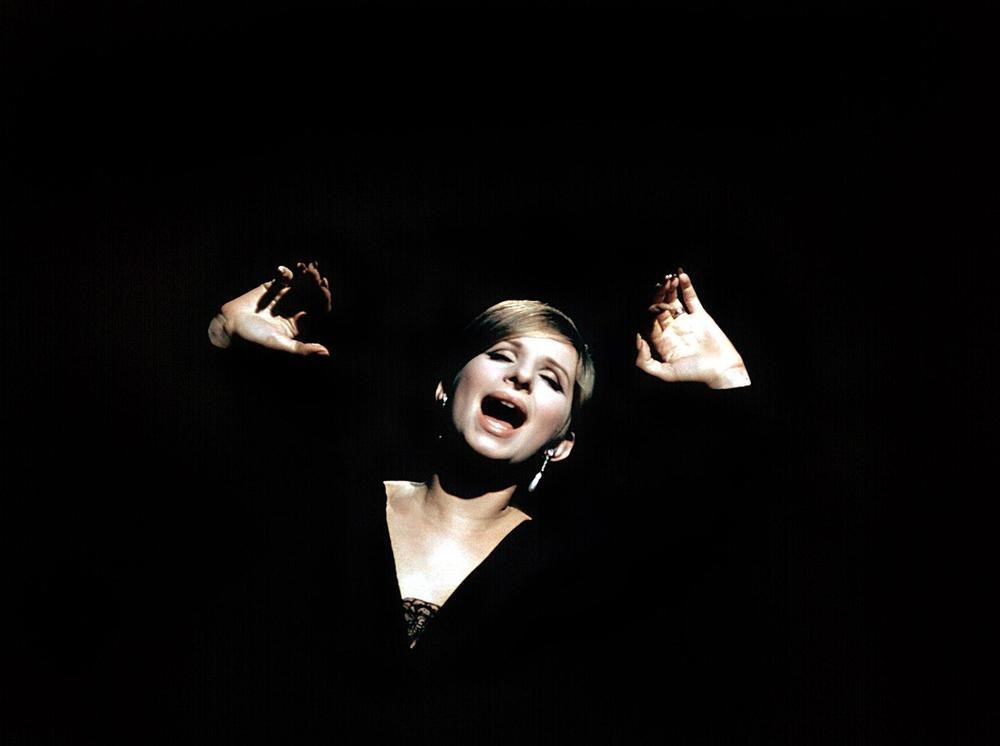 But she was not nervous in front of the film cameras. She made film after film and in those years was one of the most sought after actresses in Hollywood. She won her first Oscar in 1968 for “Funny Girl”, a year later she won the “Golden Globe” for “Hello, Dolly” and the same award in 1973 for “The Girl I Loved”.

And along with the awards, she also won over her colleagues, so it was no wonder that her marriage to Eliot Gould broke up. On the set of “Funny Girl”, she was in love with the striking Omar Sharif, then had affair with actors Ryan O’Neill, Warren Beatty and Don Johnson and Canadian Prime Minister Pierre Trudeau. Everyone said about her that she had something.

Her longtime lover, Hollywood hairdresser and later producer, John Peters, described her as “like a man”, and tennis ace Andre Agassi, with whom she dated in the 1990s despite a big age difference (she is 28 years older than him), he described her as a “glowing lion.”

After a series of relationships, at that time she decided to get married again: she met the actor James Brolin in 1996 at a dinner with mutual friends. Two years later, they were married on her estate in Malibu, and although they had occasional fights, they are still married.

Barbara Streisand considers her 1983 musical drama “Gentle” to be her greatest success, according to the book by Nobel laureate Isaac Bashevis Singer, in which she is not only an actress but also produced and directed it. However, Singer was also convinced that it is not easy to cooperate with her, to whom she changed the script a lot and who later said that she was not a person prone to compromises.

Stubbornness had been shown before. For example, she turned down the role of Sally Bowles in “Cabaret” for which Lisa Minnelli later won the “Oscar”. 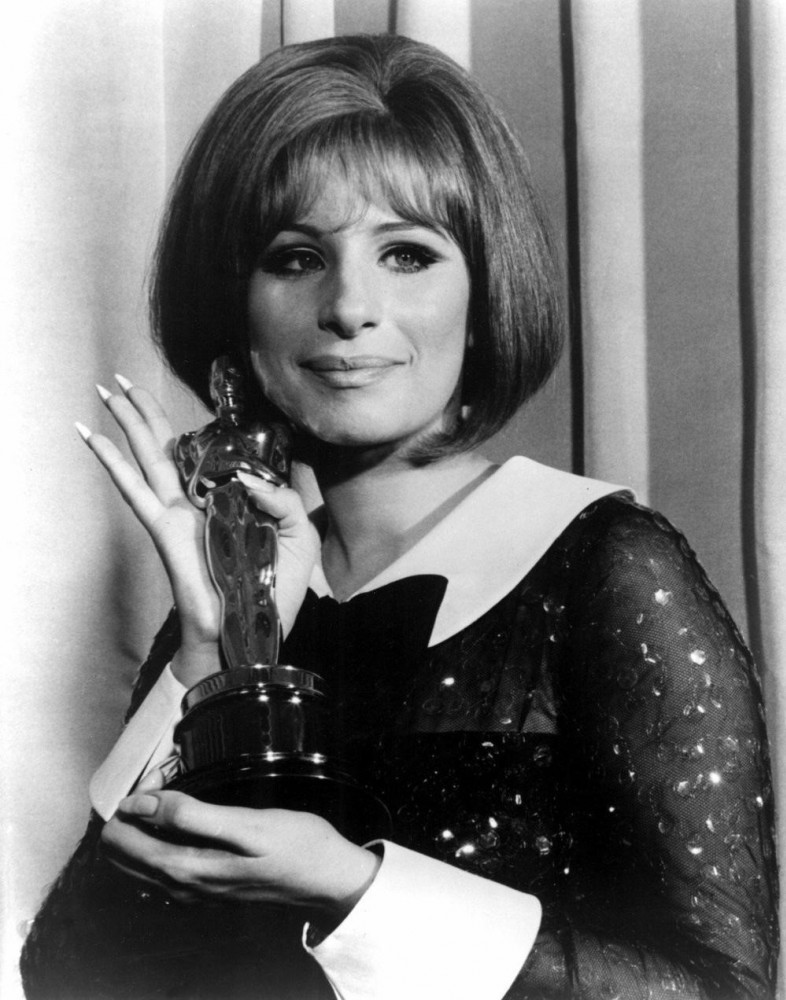 On set, she often quarreled with colleagues, so the annoyed Walter Matau, with whom she starred in the movie “Hello, Dolly”, said of her “that the actress is talented as a butterfly fart On the other hand, her friends say that she is very loyal, so she has had the same assistant and manager for 40 years, and they also say that she is generous. Through her foundation, she donated millions of dollars to help people with AIDS – mostly after her son declared himself a homosexual – and financially helps various associations for human rights, ecology, and Jewish-Arab relations.

Among her friends from her youth are Dustin Hoffman, with whom she starred in the comedies “Meet the Fokker’s” and “Little Fokker’s,” as well as designer Donna Karan, whom she advises on how to invest in the stock market. Thanks to Barbra’s advice, Donna invested a million and earned eight hundred thousand dollars in just five months.

Although at the beginning of her career, many persuaded her to have nose surgery, she never did.

– I am as God created me. After all, my nose is in a way a trademark. The audience didn’t mind buying my albums and watching my movies, and she is the only true barometer of success. Why would I change it then – she said.

– I always knew that I had to be famous and rich – the best. I am not beautiful and I will never be that – Gobler states Barbra’s words.

“After ten minutes, I was baked, after two hours, I knew we would get married one day,” Brolin said.

Barbra went to therapy to accept other people and gain a more realistic image of herself, Brolin attended a course to learn how to love, communicate and hug.

They were married in July 1998 and are still together. 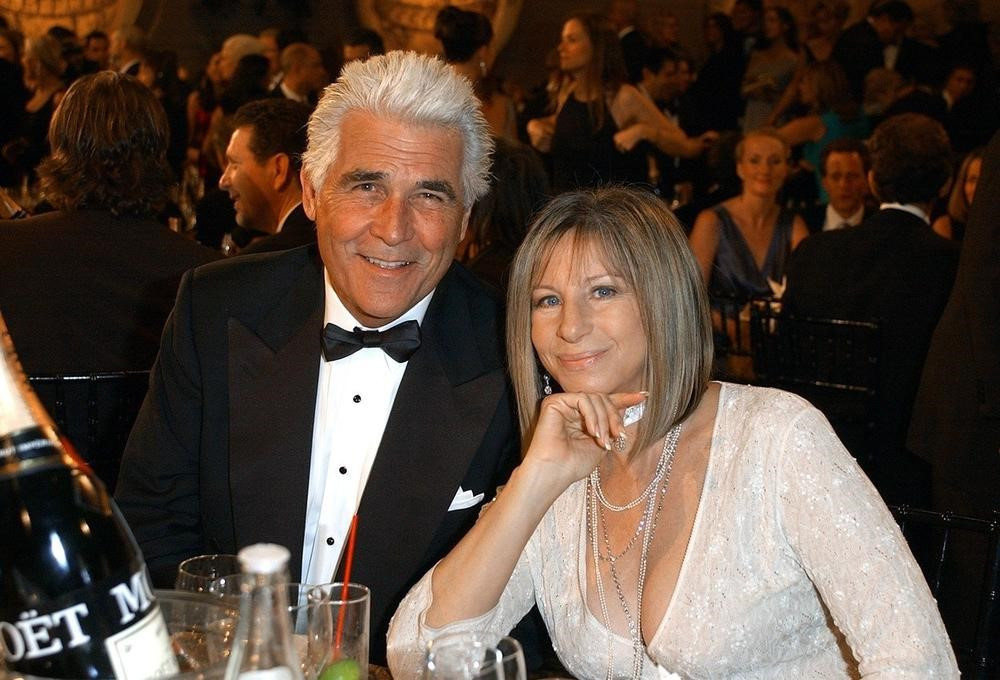 I hope you liked the biography of Barbara Streisand?