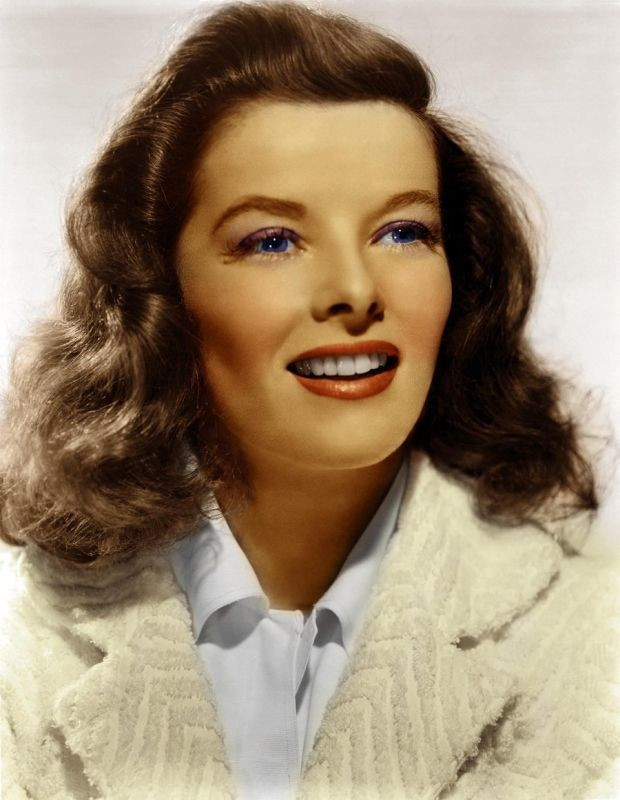 She is one of the few actresses who has been at the top for so long, and her origins and career spanning six decades have influenced Hepburn to be remembered as one of the greatest acting names in the world of film ever.

This is the life story of Katharine Hepburn!

Katharine Hepburn was born on May 12, 1907, in Hartford, England. Her father was Thomas Horval Hepburn, a urologist by profession, and her mother Katharine Martha Hotton was an active fighter for women’s rights. Her family had a great reputation, and it is interesting that from an early age, the Hepburn introduced their children to social and political topics, and even the most controversial ones. Because of that, the others were critical of this unusual family, because according to them, they were too free and prosperous.

However, Thomas continued to insist that children also attend conversations with adults, and he enrolled them in swimming, horseback riding and golf, because he wanted them to be physically active. Because of that, Katharine grew into a top athlete, and she enjoyed swimming the most. In addition to sports, she loved art, especially movies, so she went to the movies every Saturday. She slowly began to perform independently, which was watched by her family and friends.

In April 1921, Katharine found her brother Tom hanged in the attic. His death caused great controversy, because the Hepburn family hid the real reason for his death for a long time, saying that he was a very happy boy and that the reason for his death was a poorly performed trick. They ruled out any possibility of suicide, and Katharine was deeply shaken because she felt responsible for this tragedy that befell her family. Then she fell into depression and avoided hanging out with her peers, and went to school from home. In 1928, he graduated from the College of History and Philosophy. 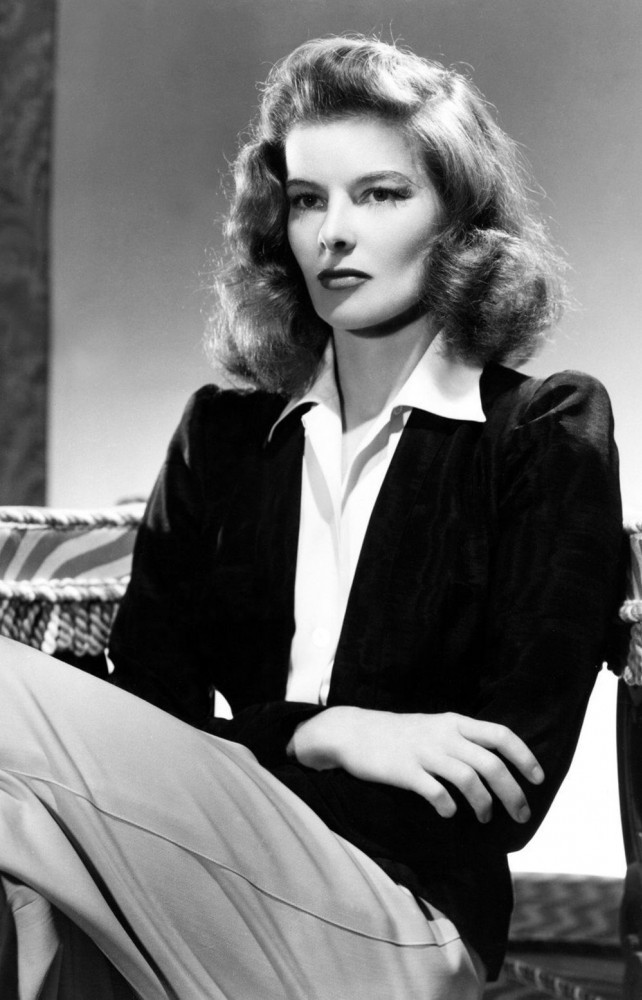 Although she graduated in philosophy, Katharine always wanted to be an actress, so she enrolled in acting, and very quickly got several smaller roles in a local theater, where she progressed very quickly, thanks to the huge acting talent she possessed. He soon got the lead role in the play “The Empress”.

When she was late for the premiere on one occasion and performed very poorly, she was fired from the big New York theater. After that, she could only work as a replacement for other actresses and only in smaller theaters. However, her fantastic performance in the play “These Days” brought her popularity, and her acting qualities came to the fore, so she soon debuted on “Broadway” in 1928.

After marrying Ladlow Smith, she leaves acting. But as she missed her job, she quickly returned to her life vocation. Antiope’s role in the play “Warrior’s Husband” brought her extraordinary criticism and popularity in New York, and her talent began to be talked about in Hollywood. It was a matter of days when someone would hire her for a film role.

Leland Hayward, a well-known talent scout, noticed Hepburn and suggested that she audition for “A Bill of Divorcement.” The director of the film, George Cucor, was amazed by her acting abilities and immediately assigned her an important role. Although she initially felt insecure, acting in movies, she slowly adjusted, and her self-confidence started to grow.

The debut film, shot in Hollywood, was a great commercial success, and Katharine received all the praise from film critics. Then “RKO” offers a permanent contract to the young actress, and she slowly becomes planetary popular and sought after.

The second film she made in Hollywood experienced a total fiasco in cinemas, but critics still had only words of praise for the enchanting Katharine. The third film, “Ladolež”, brought her the first “Oscar” in the category of best lead actress.

Interestingly, she did not attend the Oscar ceremony. After receiving the prestigious award, she experienced incredible popularity and easily got an engagement in films for a monetary compensation that she determined herself.

Katharine has experienced incredible success in a short time, which many actresses cannot experience for their entire career. But, she decided to return to the theater, so she started performing on “Broadway” again.

In the late 1930s, he received bad reviews for his performance and experienced a big drop in popularity. But, already in 1940, he made the film “Philadelphia Story”, which became the most commercially successful film of the same year. Hepburn reached the peak of his career in the early fifties. The film “African Queen” becomes the second blockbuster in which Katharine plays the main role, and her performance amazed the audience, and after this film, she took the title of the biggest movie star in the world from Betty Davis. In 1942, she made the film “Woman of the Year”, where she had the opportunity to collaborate with big stars, Jason Stewart and Spencer Tracy, with whom she soon began a relationship. The two of them were named one of the best couples on the movie screen, and in the following period, they acted together in nine films. The most famous film in which the two of them appear is “Guess Who’s Coming to Dinner” from 1967, which brought Katharine the second “Oscar”. Catherine made her last film in 1994, and it is a family drama called “One Christmas”.

They starred in nine films together, and everyone knew about their love – even though he never left his wife.

Katharine Hepburn and Spencer Tracy have been together for 26 years, but never really.

Their relationship was a public secret, but Tracy, a traditional Catholic of Irish roots, could not bear the worries of conscience that would follow the divorce of his wife Louise, with whom he had two children. 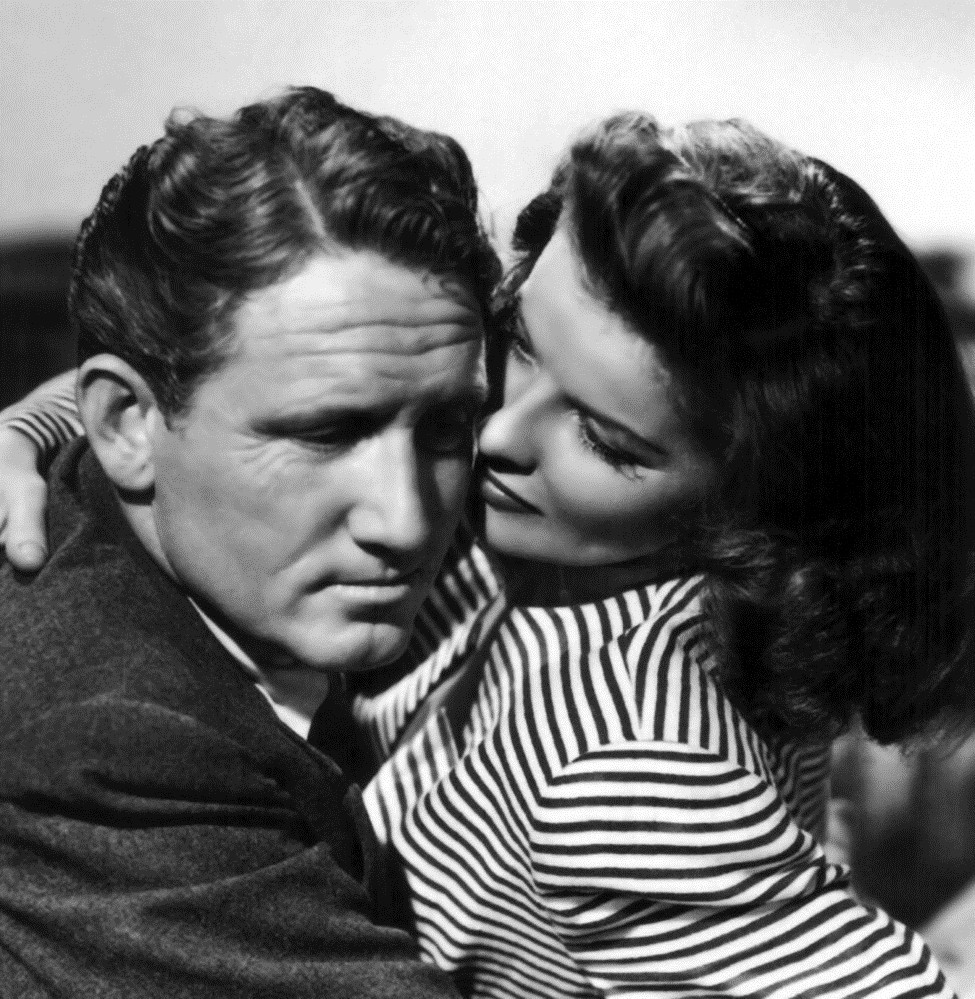 Katharine is one of the greatest actresses in Hollywood ever, but for him, as she said, she would do anything because he was “absolutely irresistible”.

When they met, Tracy was already a famous adulterer. He became estranged from his wife Louise a long time ago, especially after they realized that their son John was born deaf.

He had affairs with Selena Royle, Betty Hahn, Loretta Young, Ingrid Bergman, Joan Crawford, Beth Davis … And after they started making love, he was not faithful to Katharine either.

“Why the hell don’t you find a guy to marry and have a family with? When you get older, you’ll be all alone,” director Clarence Brown told her, to which Hepburn said, “Yes, and I’ll remember these fun times.”

Although she knew he would never leave his wife for her, Katharine had no problem with that.

“I was completely independent and I never wanted to get married. I wanted to go my own way,” the actress said. To date, there is not a single photo of them together that is not an excerpt from one of the joint films. They had to be careful not to see them together, because their production companies also asked not to make a scandal and not to go public with their relationship.

Tracy never divorced, but in the last years of his life, he did not live with Louise. He was taken care of by Katharine, who took a five-year break from her career because of him. Only then did they live together for the first time. She was with him when he passed away, but out of respect for his family, she was not at the funeral.

After that, she called his wife and offered to be friends. She told her, “But I thought you were just gossip.” Katharine went crazy.

“After almost 30 years, gossip? It was a deep wound. For almost 30 years, Spence and I knew each other, shared good and bad. Some gossip. By never acknowledging my existence, she remained his wife. She sent Christmas cards. Spencer, the culprit. She, the victim. I didn’t break up their marriage. It happened long before I came, “Katharine wrote in an autobiography she published only after Louise’s death. It was the first time she had admitted to an affair with Tracy. 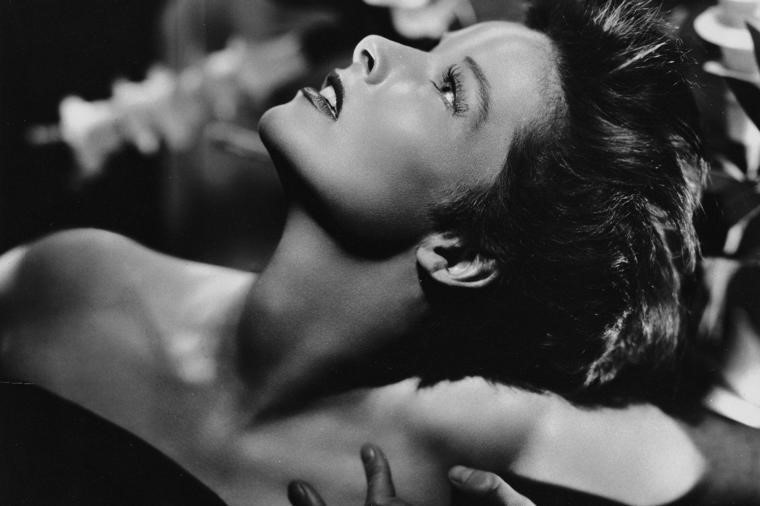 “Why was I with him all that time? Honestly, I don’t know. I can only say that I could never leave him. Those years just flew by, and for me they were perfectly happy,” she said in an interview.

The departure of the Hollywood diva

Katharine Hepburn died on June 29, 2003, in Fenwick at the family home. She spent the last years of her life battling Parkinson’s disease, so her death did not come suddenly. She died surrounded by family and friends, and in her part, the lights on “Broadway” were dimmed for an hour.

• Hepburn was one of those actresses who did not like improvisation. She read the script for days, analyzing the characters and trying to fully identify with the role she is interpreting.

• She had a huge fear of fire, which is why she even showered only with cold water.

• Twelve times she was nominated for an Oscar in the category of best lead actress, and she won four, which makes her the most trophy-winning actress of all time.

• Catherine was in an affair with colleague Tracy Spencer for 26 years.

• In 1999, the American Film Institute named her the greatest female legend in Hollywood.

• The Encyclopedia Britannica included Hepburn in its list of “300 women who changed the world.”

• After her death, numerous books were published in which her biography was presented, and it is interesting that most of them claim that she was bisexual.

• During the filming of “The African Queen”, the whole team, including Catherine, fell ill with dysentery due to water consumption. Only Humphrey Bogart, who drank whiskey, was spared.

• In addition to the numerous titles she received, she has long been considered a fashion icon. It is interesting that she was the first woman to wear pants in public and publicly promote such a style of dress.

• Her favorite actress was Betty Davis.

• She and Walter Brennan are the only ones to have won three Oscars with three consecutive nominations. 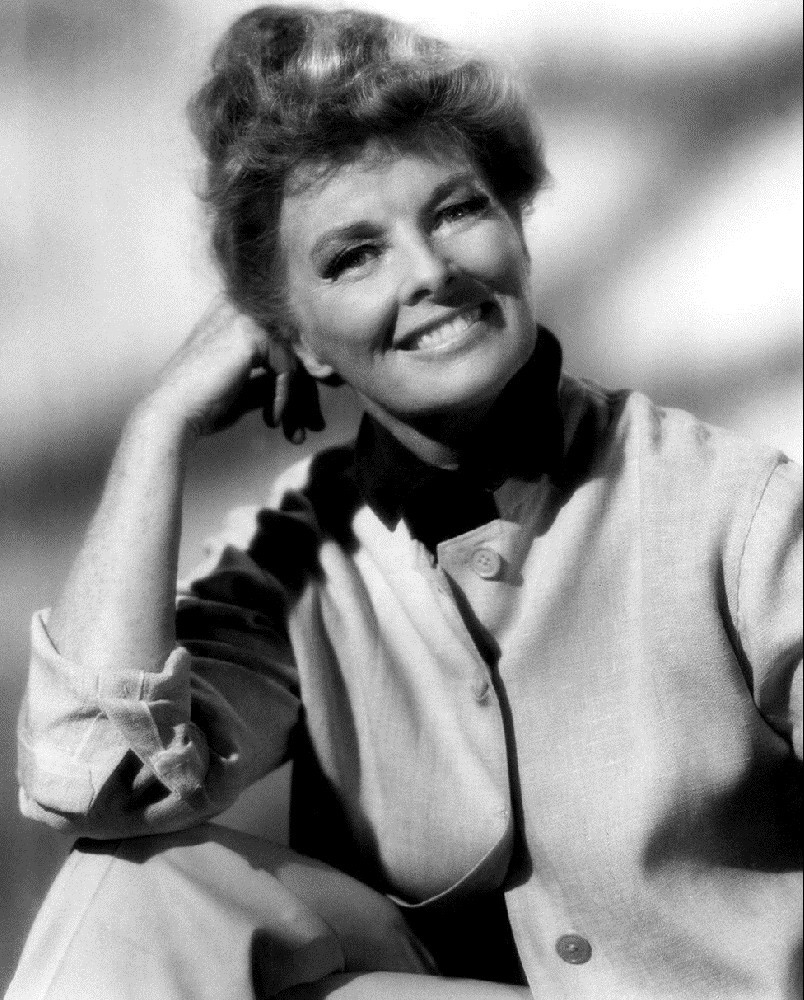 I hope you liked the biography Katharine Hepburn?