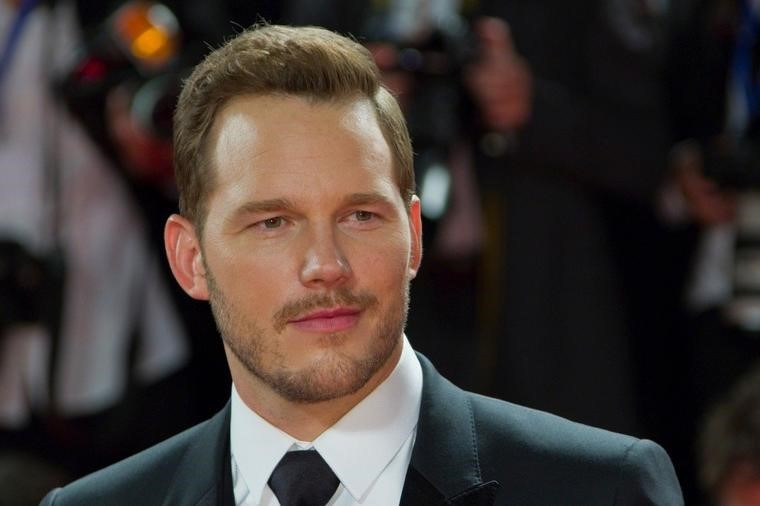 Christopher Michael Pratt is an American film and television actor best known for his role as Peter Quill in Marvel’s Guardians of the Galaxy. He also played the main character in the fourth part of the “Jurassic Park” franchise, where his Owen Grady, “Jurassic World” led to $1.6 billion, making the dinosaur film one of the biggest hits of 2015. . Chris has been entertaining fans of the series since 2009 and the first season of “Parks and Recreation”. Until the last season of 2015, Andy Dwyer was one of the most beloved, hopelessly silly characters that you can’t help but love.

Pratt’s path to the Hollywood A list was anything but unpredictable. He started acting by accident – he turned down the role of Starlord, the guardian of endless galaxies, his engagement in “Parks” was to end after the first season… Persistence, like ability, humor, charm and the image of a good guy from the suburbs, allowed him not only to be an actor A list.

In the text “The life story of Christopher Pratt – a great fighter!”, I will describe to you, how it all started!?

Chris Pratt was born on June 21, 1979, in Virginia, Minnesota. Mother Caitlin Lewis, of Norwegian origin, worked in a supermarket, while father Daniel Clifton Pratt was a miner, and later an entrepreneur, who was engaged in house renovation. As the youngest member of the household, Chris himself admits that he imitated his brother Kali and sister Angie over the years. The Pratt family moved to Lake Stevens, Washington in 1982. 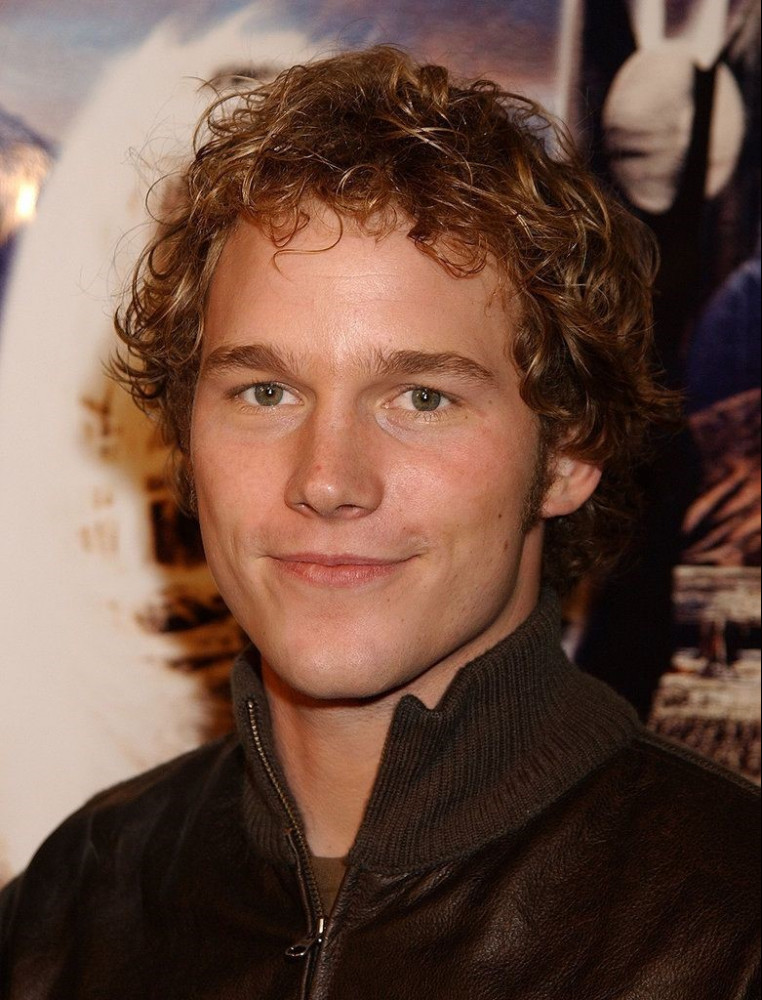 After graduating from Lake Stevens High School in 1997, Chris enrolled in a state college, which he left in the first semester. In the absence of choice, he worked as a stripper, distributed coupons for special purchases, and ended his trip as a homeless man in Maui, Hawaii. He will later say in an interview with The Independent that it was one of the most carefree periods in his life and that Hawaii is the best place in the world where you can end up as a homeless person. He worked with a minimum wage, lived in a tent on the beach and fished.

Nineteen-year-old Chris was clearing the tables at the restaurant “Buba Gump Shrimp Company” in Maui when the actress and director, Ray Down Chong, saw him and hired him for the role in her directorial debut “Damn Part 3”. The film was a total failure that never even reached the cinemas, but Chris came to Los Angeles to shoot, where he still lives today, and he found his new calling – an actor.

After several unnoticed roles in low-budget films, Chris is turning to auditions for the series. He began his television career with the role of Harold Brighton “Bright” Abbott in the series “Everwood”. He remained part of the main cast throughout all four seasons from 2002 to 2006. After the decision to cancel the filming of the fifth season of “Everwood” due to the reduced interest of the audience, Pratt moved to the “Orange County” camp, where in the fourth season, he played the activist of Winchester “Che” Cook. 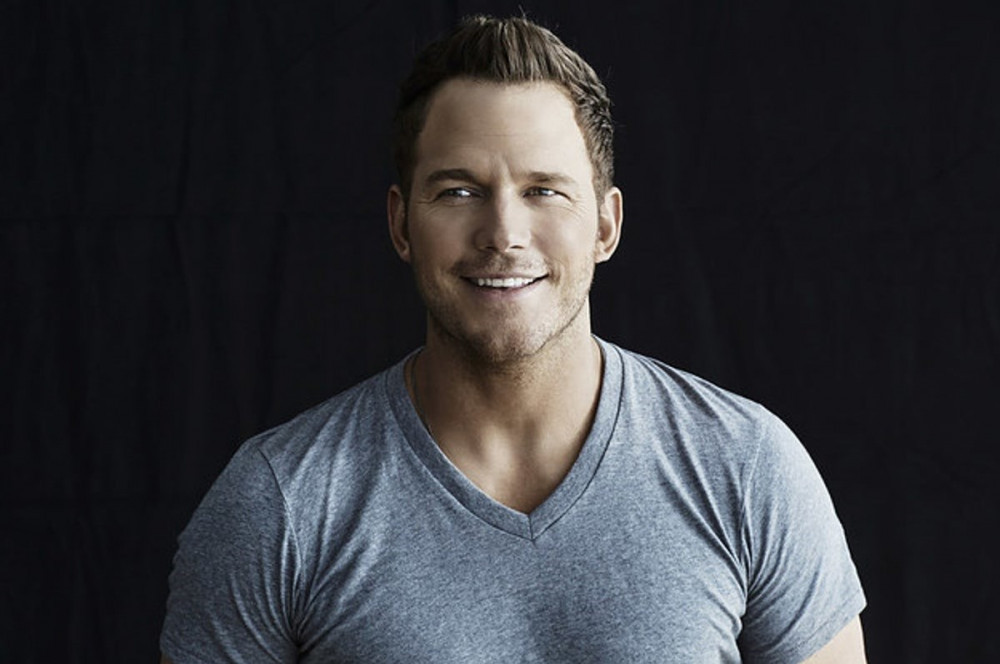 Several episodic roles followed, the most notable of which was Chris’s engagement in the action film “Wanted”, where he acted with Angelina Jolie, and then got a role in the series “Parks and Recreations”. The series about adventures in the administration of a fictional American city, was broadcast for seven seasons, was awarded the “Golden Globe”, and marked the beginning of a great career for Chris. According to the original script, Andy Dwyer’s character was supposed to be the protagonist through only six episodes, but Pratt did such a job that it was unthinkable for the series to continue into the second season without him. Amy Fuller, an American comedian and lead actress of “Parks”, said in an interview with “Time” magazine about Chris:

“America has decided that he is the next big acting star, and I understand why. It’s not because of his broad shoulders or modest roots. Nor is it because he looks like the perfect combination of the guy you know and the guy you want to be. That’s because he has something special. It’s a magical thing that tells you that he’s used to working hard and doesn’t want to waste your time. ”

During the filming of the series, he also met the actress Aubrey Plaza, who is one of his best friends today, and in “Parks” she played his girlfriend, and later his wife April Ladgate. 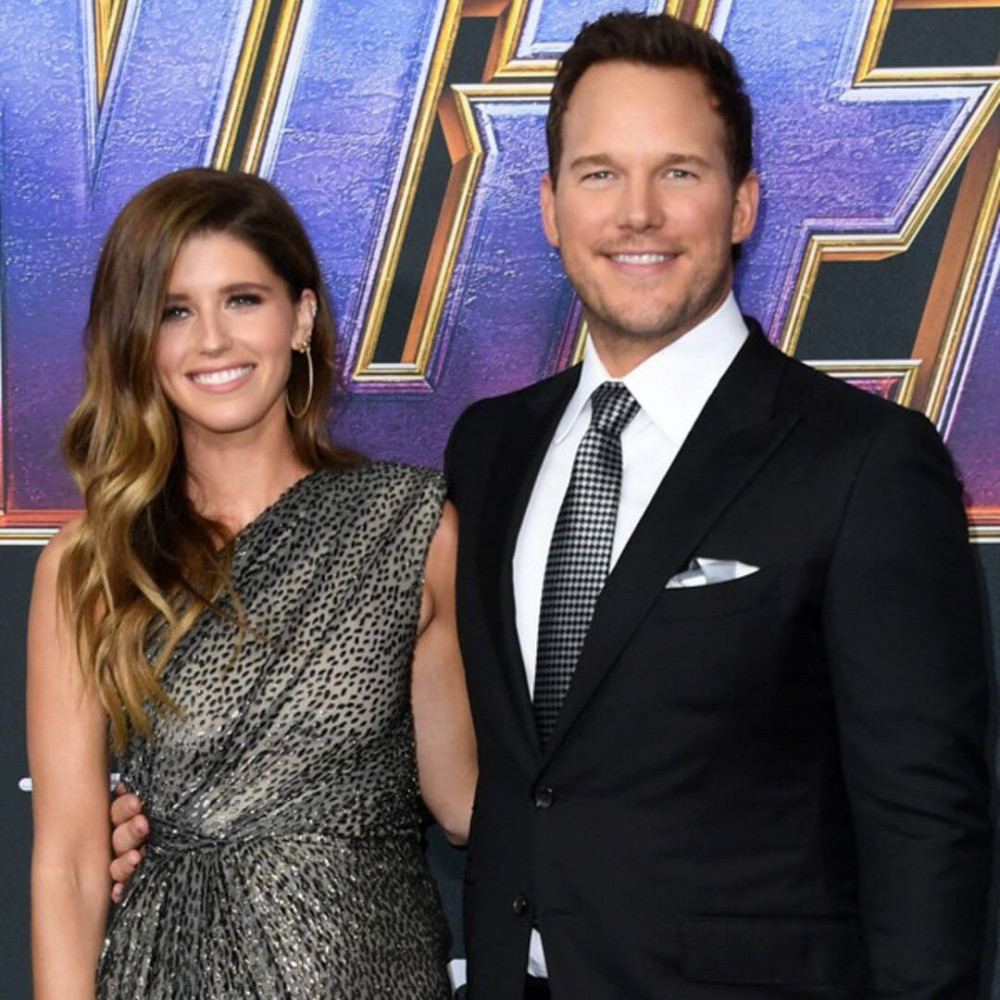 In the period from 2011 to 2013, he acted in as many as three Oscar-nominated films: “Game of Winners”, “Zero Hour” and “She”. When he first appeared in the casting for the role of Scott Hateberg in “The Winner’s Game”, he was too fat. Sam admits that then he decided it was time to do something about being overweight, started a weight loss and intense exercise program, and called the producers every week to see if they had assigned the role of Auckland Athletics catcher to someone else. After losing 14 pounds, the role was his. In order to play Hateberg in a credible way, he trained baseball for several months.

The journey from supporting to the main roles for Prata begins in 2014, when two blockbusters come to cinemas: “Lego Film” and “Guardians of the Galaxy”, which were in third and first place in North America in terms of earnings. The roles of Emet Brikovski and Peter Quill, thus made Chris the only actor whose two films were among the top five with the best earnings in 2014. What was even more important than the success of the mentioned films for Chris is the signing of the contract with Marvel. James Gunn, the director of “The Guardians”, revealed that there were as many as 30 actors at the audition for the role of Starlord, but that he knew that he found the right one only when he saw Chris. 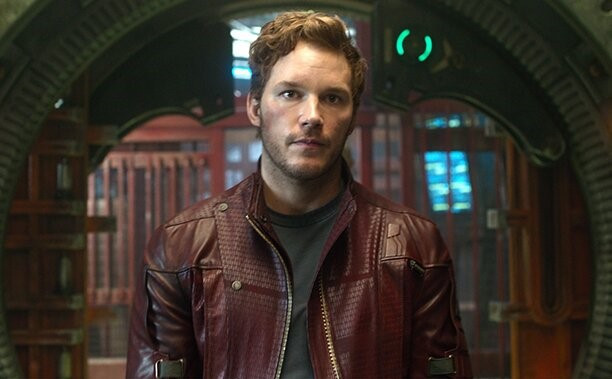 Pratt refused to appear at the casting for “Guardians of the Galaxy” several times, because he did not want to survive the defeats he left behind after the failed auditions for “Star Trek” and “Avatar”. In the same year, he was named the second sexiest man in the world according to “People” magazine. More beautiful than him was none other than the god Thor, that is, Chris Hemsworth. They starred together in the new sequel to “Avengers: Infinite War”, from 2018, a film that will unite a large number of Marvel worlds for the first time.

In 2015, “The World from the Jurassic Age” came to cinemas, another in a series of successful achievements that immediately entered the production of the sequel. Chris will replay the role of Owen Grady in 2018 in the sequel to the franchise called “Fallen Kingdom”. In 2015, Time magazine included him in the list of the 100 most influential people in the world.

After the dinosaurs, Pratt returned to the past as a cowboy in the remake of “The Magnificent Seven”, where he rode side by side with Denzel Washington and Ethan Hawk. He jumps from the saddle into the spaceship and hugs Jennifer Lawrence in “Travelers”.

Throughout 2017, he spent filming “Jurassic World: Fallen Kingdom” and “Avengers: Infinite War”, and promoting “Guardians of the Galaxy Vol.2”, which broke ratings records, on April 21 he revealed his star on the Boulevard of Fame No. 6834. 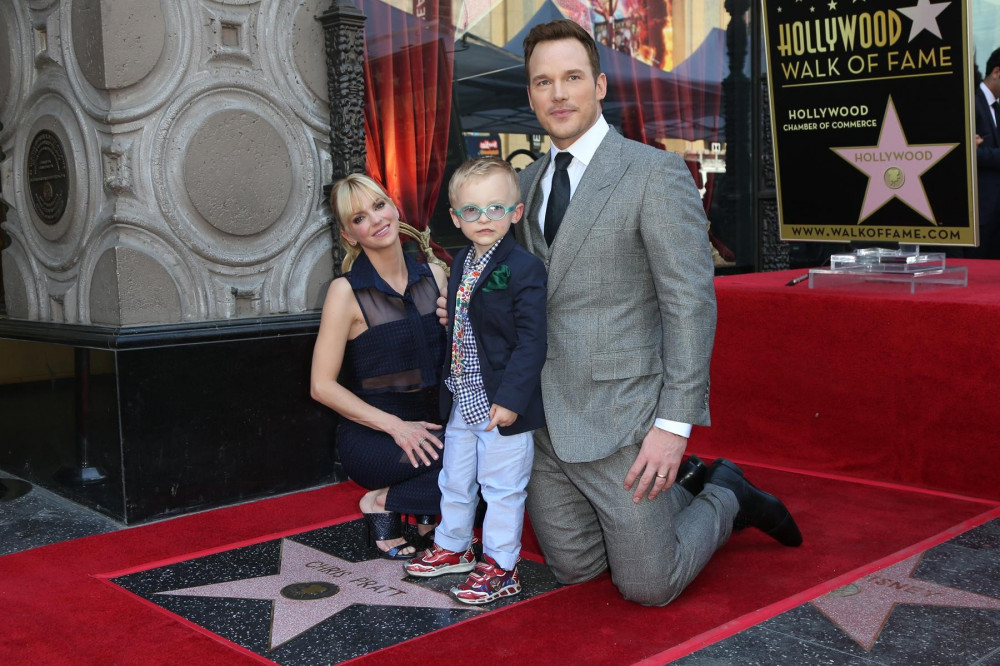 Chris is one of the few actors who is not talked about with gossip or affair. On the contrary, he is followed by the voice that he is a faithful friend, a devoted father and that he was a loyal husband.

On the set of the film “Take Me Home Tonight” from 2007, he met his now ex-wife, actress, Ana Faris. Although Ana was married at the time they met, that could not stop the love that was born. They got engaged in 2008, and got married the next time in Bali, in a modest ceremony. On August 6, 2017, Chris announced on social media that Ana and he were divorcing, that they were still friends, that they had worked hard and hard to maintain the marriage, and that they were very disappointed that they had not succeeded. There is talk in Hollywood circles that the divorce was due to Chris’ business obligations and his frequent travels. 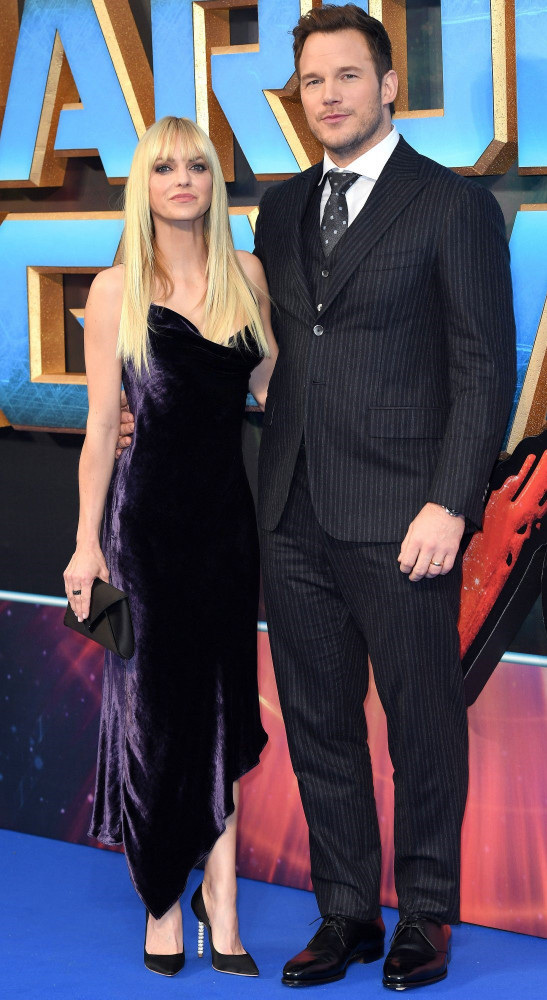 Chris and Ana are the parents of little Jack, born in 2012. As a premature baby, Jack spent the first months of his life in the hospital, which left a big mark on his parents. Chris has organized humanitarian actions several times, as part of which he collected money for children’s hospitals in the United States, and he often visits small patients to cheer them up. On several occasions, he even stole his superhero costume from the set, in order to make sick children happy.

Pratt’s physical transformation followed the rise on the acting ladder. In the thickest days, Chris weighed as much as 134kg. He admits that at that time he felt depressed and tired all the time. In a record time, of six months, he lost as much as 27 kg and completely transformed himself for the roles in “The World from the Jurassic Age” and “Guardians of the Galaxy”. It was the path from a fat fool to the second sexiest man in the world. He hired a personal trainer and a nutritionist and completely changed his lifestyle. He continued with a healthy life and after losing the extra pounds, he swam, ran, boxed and ate healthily. Today it maintains a weight of approximately 100kg and is 188cm tall.

He enjoys hunting and fishing, he loves football, he listens to rap music, especially Eminem and Dr. Drea, he plays the guitar, his hobby is collecting bugs, and he is fluent in German. 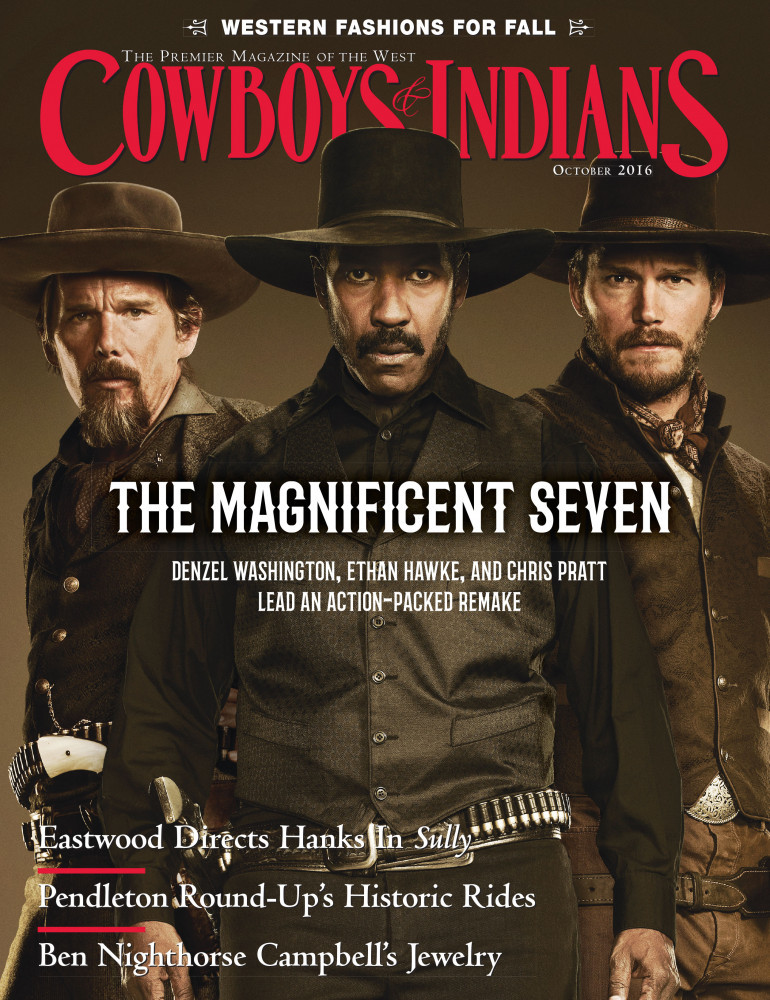 I hope you liked the biography of Christopher Pratt?