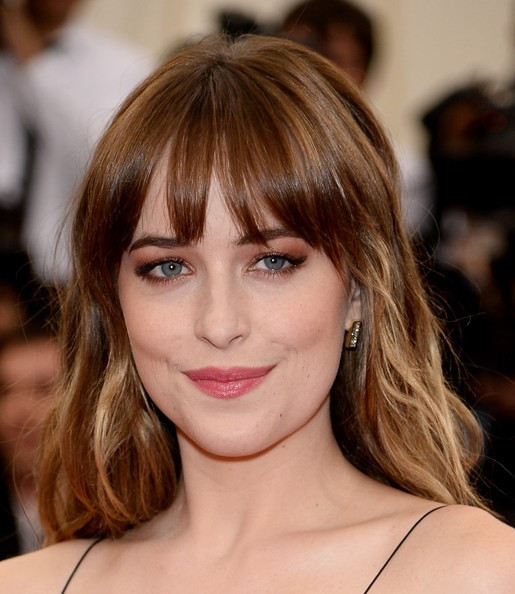 She comes from an acting family – her grandmother was the famous Tippi Hedren, her mother is Melanie Griffith, and her father is Don Johnson, while her stepfather was Antonio Banderas. Even if she wanted to, she couldn’t get far, so it’s no wonder that from the first day she appeared on the movie screen, all eyes were on her.

“I am grateful for my parents, but also for the crazy life I had. The only reason I’m the way I am is because of how I was raised, “said Dakota Johnson, a Hollywood actress who comes from a respectable acting family and to whom the film world is currently claiming. She has four projects in her hands, and the tabloids are fighting to find out the details of her private life and relationship with the front man of the group “Coldplay”, Chris Martin, ex-husband of Gwyneth Paltrow.

It is with Martin, with whom she has been in a relationship for four years, that she lives in a villa in Malibu that they bought together.

This is the life story of Dakota Johnson, one of the most sought after actresses at the moment!

She was born Dakota Maya Johnson on October 4, 1989, in Austin, Texas. Growing up, it was normal for her to have the biggest Hollywood actors come to her home, because in the 80s, her parents, Don Jonson and Melanie Griffith, were one of the biggest stars. And the fact that her maternal grandmother is the famous Tippi Hedren did not stop all that.

During her childhood, she spent a lot of time on film sets, following her parents and absorbing all the charms of acting, but she mostly stayed in Aspen and Colorado, where she worked in a local store as a teenager during the summer. But it was this frequent peasantry that caused her dissatisfaction. 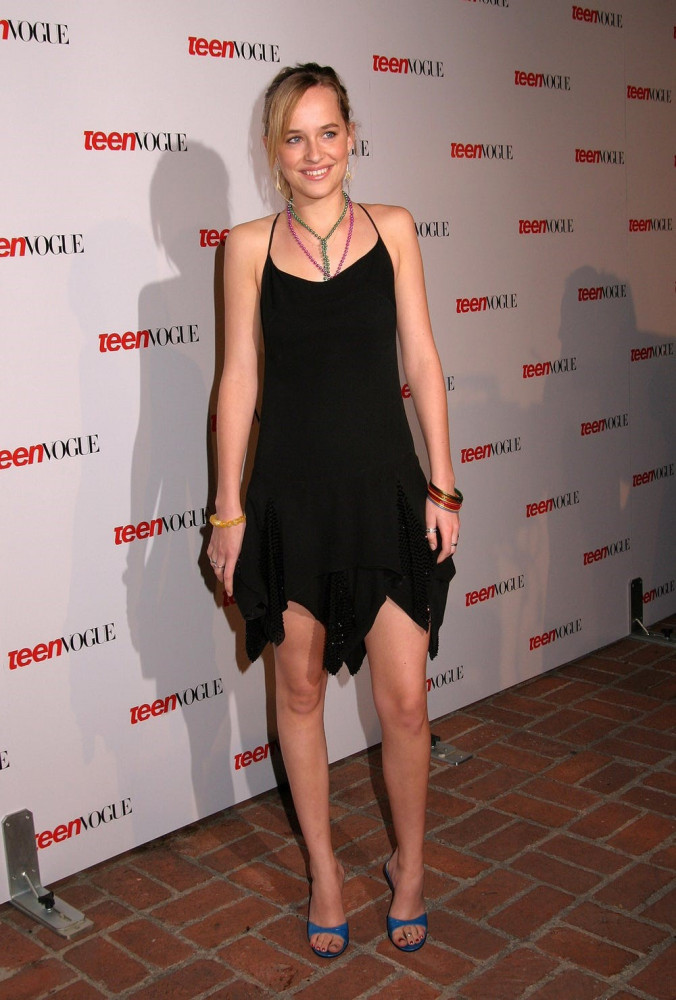 “I was very unhappy and dissatisfied, because I didn’t drop anchor anywhere, I didn’t have a safe harbor anywhere,” she once said.

Thanks to her appearance, Dakota started working as a model at the age of twelve, after she posed for “Teen Vogue” with other children of Hollywood actors. But, that way of life, growing up under public scrutiny, resulted in her being diagnosed with depression at the age of 14, which is why she ended up in treatment, and acting was the only thing that made her happy.

“Acting has always been my only option. Even as a little girl, when I spent time on the set with my mother, I really wanted to be like her”.

That is why it is not surprising that she spent most of her childhood “swallowing” movies, some twice a day, just to learn everything, she drank… They were “Mary Poppins”, then “The Wizard of Oz”, but also “Alone in home”, which she looked at so many times that she still remembers who said what at what moment or how he was dressed.

She got the first opportunity from her mother, because she could no longer try to beg her. That is how 10-year-old Dakota Johnson got a small role in the film “Crazy in Alabama”, by her then stepfather Antonio Banderas. 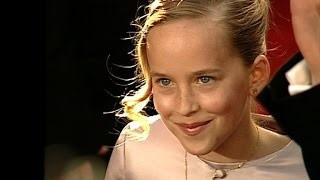 “I played my mother’s daughter, and my younger sister Stella Banderas was in the film. It was a family affair, but I took everything very seriously, “said Dakota, adding:” After that occasion, I didn’t record anything until I was 18 or 19. If I had asked myself, I would have left school a long time ago and started acting, but my parents demanded that I graduate first. It was actually ironic, because it was because of them that I spent the first half of my life studying at home. I first sat in school at the age of 11 in San Francisco, where my father was filming the “Nash Bridges” series.

She changed several schools until graduation, and although that may not have been good for a developing child, she never looked at it negatively.

“A lot of people took part in my upbringing – my mom and dad, stepfather and stepmother, nannies, tutors, parents of those I was in a relationship with. I learned something from each of them and I am still like that”.

At the age of 18, she signed her first contract with manager Jason Weinberg, and then with agent Andrew Dunlap, with whom, which is not typical for Hollywood, she still works today. It didn’t take long for him to get his first notable role in David Fincher’s film “Social Network”. That was the first time she collaborated with producers, with whom she later worked on a film trilogy that many remember her as – “50 Shades of Gray”. She was very anxious about that role, fearing that she might mark it, but due to the secrecy of the contract, until it was not officially confirmed, she could not share anything with the closest family members. 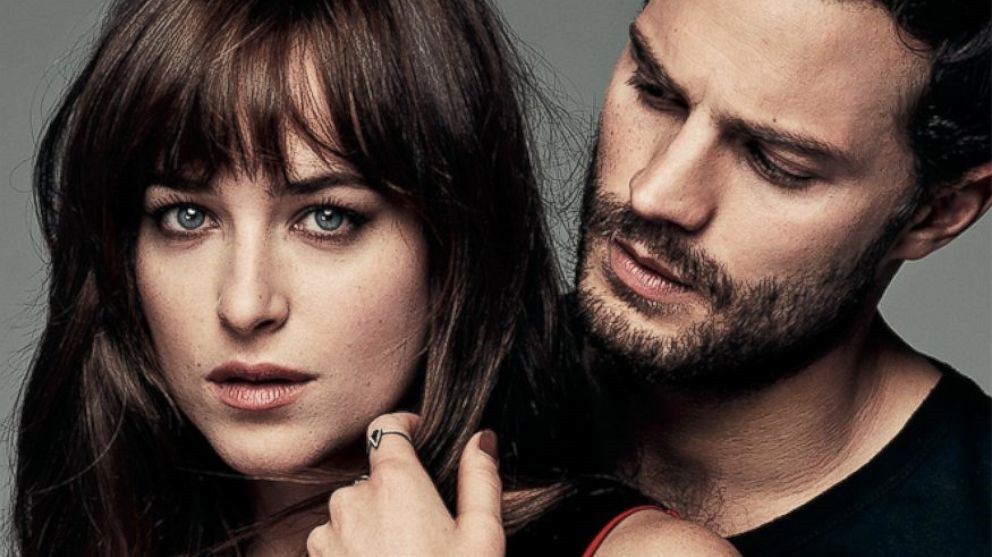 “No one in my family knew about it. I remember asking Emily Blunt for advice, because I really dreamed of a real career and I wanted to make certain films, and I knew that something like this would change all that. She told me to do as I felt and I agreed”.

Because of that experience, she doesn’t regret it in the least, even more, she got roles in which she can really show how good an actress she is. The only thing that matters to her, when she chooses new projects, is that the script is good and that the team working on the film is the one she believes in.

Because of all that, but also the family in which she grew up, 32-year-old Dakota Johnson is rightly classified in the new Hollywood generation of actors from whom a lot is expected. So it should come as no surprise that, despite the corona virus pandemic and occasional quarantine around the world, she has been filming all this time.

Her new film “The Lost Daughter”, whose premiere Netflix announced for December 31, is eagerly awaited. It is a film adaptation of Elena Ferrante’s hit novel from 2006, in which Dakota Johnson, as the profession praises, played a brilliant role, although she was not the first choice of the director. In the fall of 2019, the two ladies found themselves in a cafe in Manhattan, after Dakota Johnson requested a meeting with Maggie Gyllenhaal. Although she never watched the “50 Shades of Gray” trilogy, based on some stories, the director was quite skeptical, and the encounter was crucial. After only five minutes, they talked as if they had known each other for years, and it was that energy that Dakota radiated that was crucial for hiring her. 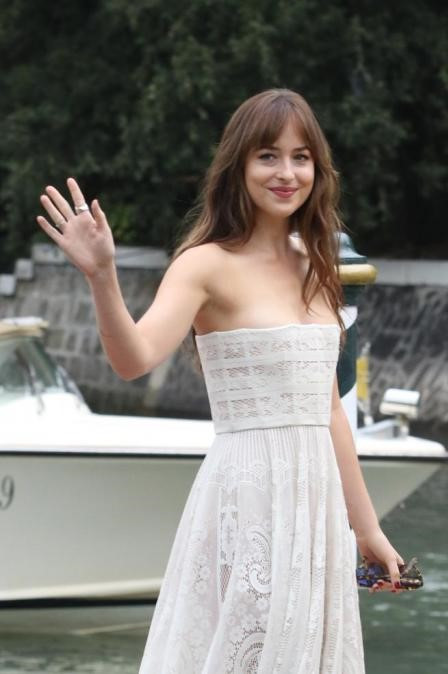 But, numerous recordings, but also a pandemic, separated her from her family, but not from her grandmother Tippi, with whom she spends a lot of time.

” I haven’t seen Dad for a long time. He lives in Montesit, is over 70 years old and I just want him to stay healthy. I saw my mom recently and it was really weird. If I work, I can’t be with my parents because they are older, but that’s why I spend a lot of time with my friends and partner Chris Martin, “Dakota Johnson revealed in a recent interview with the Hollywood Reporter.

However, what she never liked was the price of fame, which includes the paparazzi who follow in her footsteps. “They are like invisible bacteria. They are like covid, terrible and deadly. They hide in cars. If you already want to do that job, do it with some dignity. Get out of the car and take a photo. It’s really scary that you never know if someone photographed you and where. But I am aware that I chose my own career and that I have to come to terms with it”. 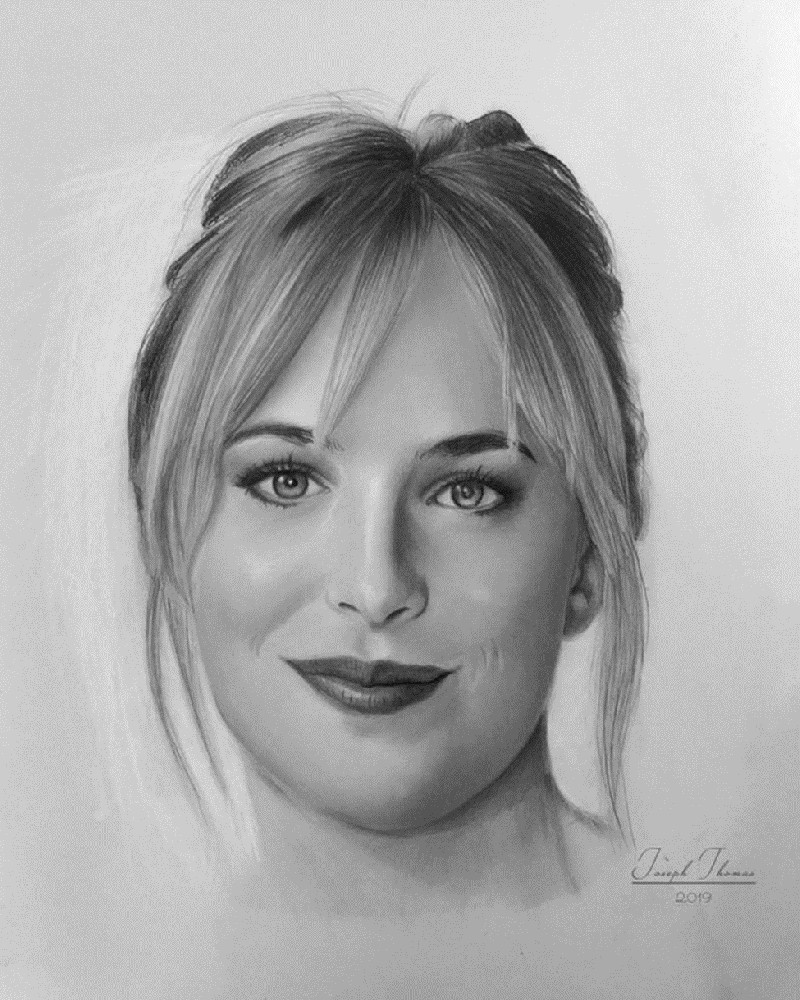 I hope you liked the biography of Dakota Johnson?