The first big role and the one for which she became famous was in the cult achievement of the Italian director Francis Ford Coppola in the film “The Godfather”, in which she played Kay Corleone, the wife of the famous Michael Corleone, when he played Al Pacino masterfully.

We should not forget her great roles in the films of her then boyfriend, Woody Allen, “Play it again, Sam”, “Sleeper”, “Reds”, “Marvin’s Room”, “Something’s Gotta Give”, and many others.

Diana Keaton often appeared in romantic comedies in the eighties and nineties of the last century, such as “Baby Boom”, “Father of the Bride”, “The Firsts Wives Club”.

Her films have been eagerly awaited by the audience for decades, and the figure that her films made, and only in America, exceeds an incredible billion dollars.

This is the life story of Diane Keaton!

Diana Keaton was born Diane Hall on January 5, 1946, in Los Angeles. Her mother was an amateur photographer, while her father was a real estate agent. Her mother often took her to the theater, and that encouraged young Diane to try her hand at acting.

Diane Keaton had another inspiration. It was actress Catherine Hepburn, for whom she had only words of praise, especially because she always played strong and independent women.

During her schooling, she also started singing, and she played the character of Blanche Dubu in the school play in the famous drama “Tram called Desire”.

After graduating, she enrolled in college, which she left after a year and headed to Manhattan in hopes of breaking through as an actress. In her first years in New York, she also earned money by singing in clubs. Later, he will use his singing skills in the film “Annie Hall”, for which he will also receive the “Oscar” award.

She studied acting with distinguished professors in New York, and about her acting, she can say that she is as good as her partner is on stage or in front of the camera.

Jack Nicholson said of her: “She approaches the script as if it were a play, and teaches it from cover to cover. I don’t know any other actor who does that”. 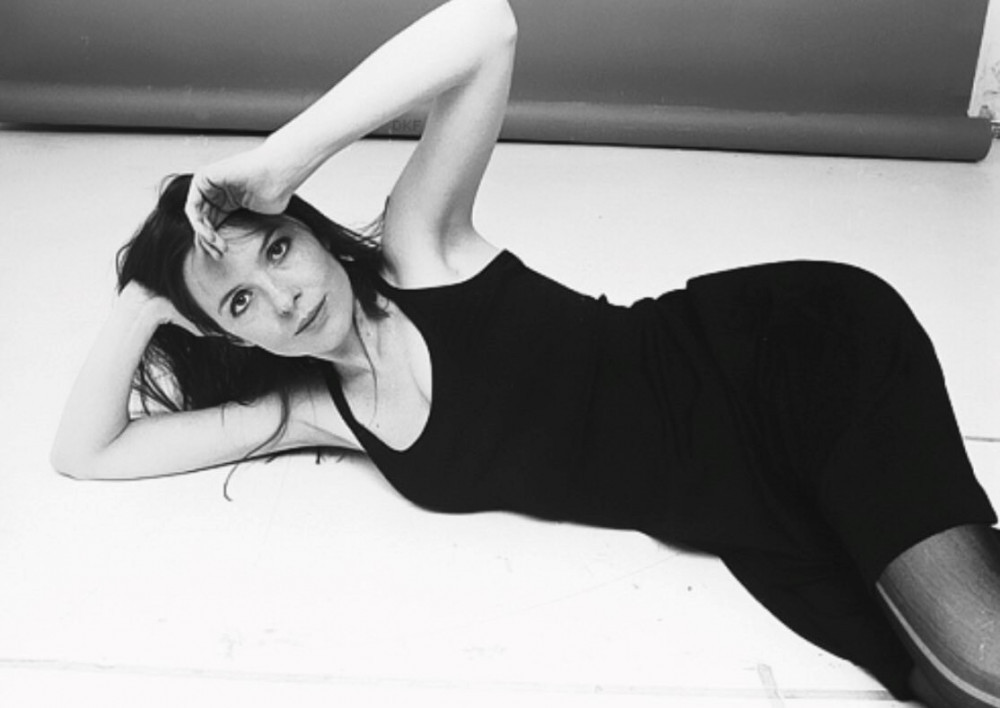 After breaking into the film after her role in the film “The Godfather”, she was skeptical whether she would accept to play in the second part as well. “When I read the script, I realized I couldn’t refuse.”

Years of fruitful film making followed with the then love partner and famous New York director and writer, Woody Allen. In 1977, Keaton played the role that earned her first Oscar, in the film “Annie Hall”. It is said that this script was created as a homage to their relationship and that there was not much acting in that film.

Known for her eccentric behavior, Diane Keaton has built herself into a recognizable actress, who rarely obeys directors. She did not change her style, acting as well as fashion, but adapted herself to the roles she played. The costume she wore in the movie “Annie Hall” is still considered one of the best in the world of film.

In 1979, with the film “Manhattan”, Diane Keaton and Woody Allen ended their acting and emotional relationship. The next film to work together will be in 1993. 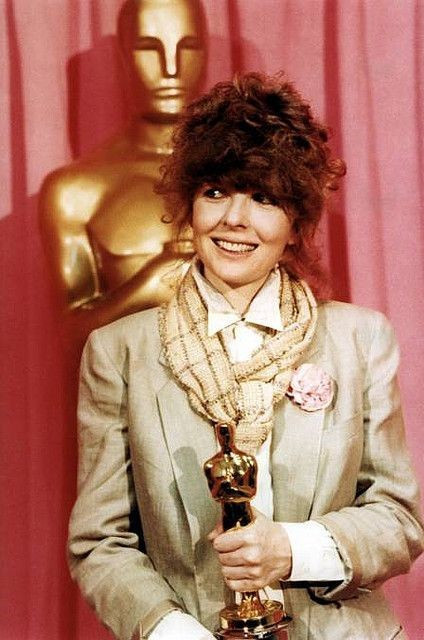 Diane Keaton quickly found solace in the embrace of one of Hollywood’s greatest seducers, Warren Beatty. After two years of passionate love affair with a man who was already known as irresistible, Warren Beatty gave Diana a role in his first directorial film, in which he will star together, for the first time.

The film “Red”, which was made after true events, Diane played a journalist and feminist, who is married to the radical journalist John Reed, a woman who followed him all the way to Russia during the Civil War.

The New York Times wrote about her performance: “Nothing less than magnificent – beautiful. Selfish, witty and inspired. This is her best role so far.” Keaton also received an Oscar nomination for this role.

In the nineties, Keaton started playing in somewhat “less serious” films, but nails that found their way to a wider audience. It’s a comedy. She played with some of the biggest names: Steve Martin, Jack Nicholson, Beth Midler, Goldie Hon and many others.

In 1990, he agreed to play the role of Kay Corleone again, in the third sequel to “The Godfather”.

Diane Keaton had several passionate love affairs with famous Hollywood men, but it all started when she first fell in love with the famous New York director and writer, Woody Allen. They met when Keaton came to rehearse for a role in his film “Play it Again, Sam.” Immediately after the rehearsal, they went to dinner, and Woody Allen once stated that he was completely taken aback by her sense of humor and that was what attracted him to her. Their relationship was creative, they inspired each other and had a strong intellectual connection. 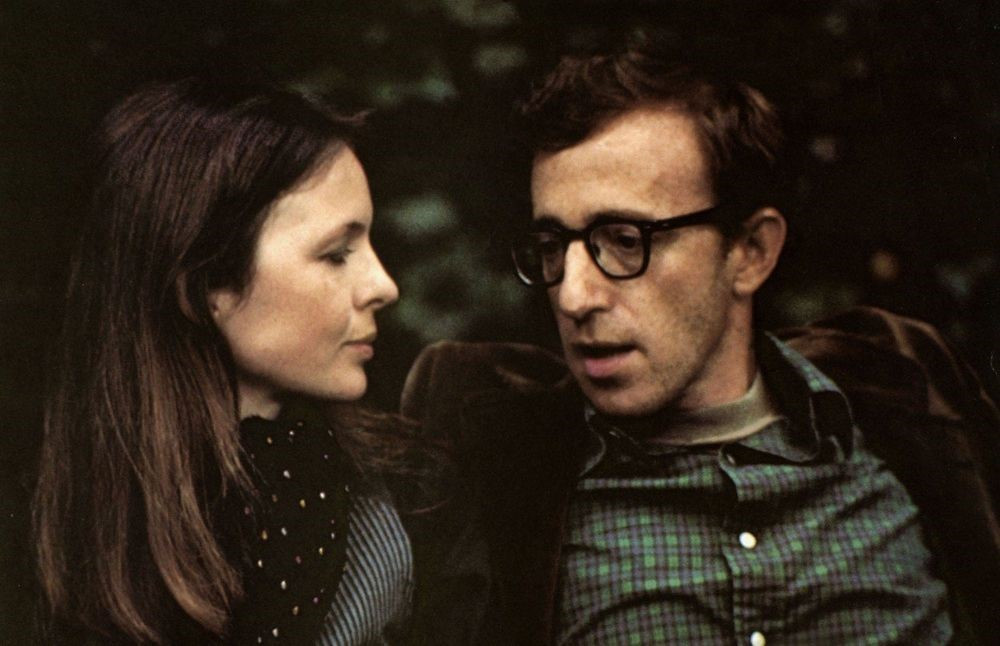 They never lived together, and they made as many as eight joint films in just eight years of the relationship. Keaton almost stated that the two of them are still very close friends.

In 1979, the greatest Hollywood swindler and seducer, Warren Beatty, entered her life. They fell in love on the set of the movie “Red.” The tabloids were cruel to this relationship, which she was not used to. She was even often compared to Greta Garbo, who also never allowed herself to be on the front pages of tabloid magazines. This passionate and short relationship ended shortly after they made the film. She said in an interview that he is an ideal man if you want to feel like a woman. They have remained friends to this day.

The most turbulent relationship she has experienced is certainly the one with Al Pacino. The couple met on the set of the movie “The Godfather” and they were in a relationship for years, although they broke up a bit and made peace. Allegedly, they ended their love romance only after the end of the shooting of the third part. Keaton said about him: “He’s so funny … For me, he has the most beautiful face. I think Warren is beautiful, but Al Pacino’s face is mm … A murderous, murderous face.”

Diane Keaton said recently that she believes that many of her relationships with famous partners have failed because she was not overly orderly or motherly.

– Love with celebrities, at least in my case, was short-lived. I didn’t know how to deal with fame. In a way, I was aware that it would not last and that I would never fully realize my dreams with them. Maybe that’s why I didn’t even get married. Maybe I wanted something more, and maybe I, like Al, was not ready for marriage – the actress revealed.

In July 2001, Keaton had something to say about aging and being unmarried.

– I don’t think that being unmarried is worth less to my life. That myth about settlers is just ordinary garbage. 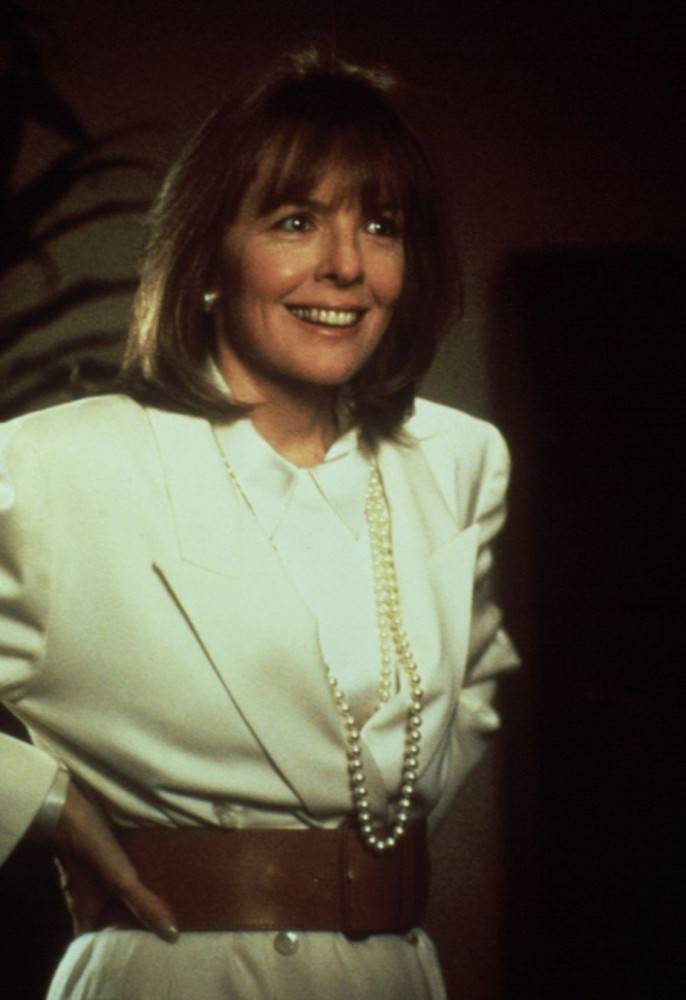 – Motherhood has made me a complete person, strong and capable of rejecting my fears of loneliness, loss and death. I am happy and satisfied with life. I have peace and my children, and that is enough for me. As an older parent, I somehow manage to balance everything and get to grips with both Duke’s teenage jokes and Dexter’s female thoughts. People usually say that my daughter and son are happy to have me. However, the real truth is that I am lucky: my children saved me from myself – she admitted recently.

– I have always been religious, even as a child … I think that my interest in religion arose because I wanted to go to heaven.

– I’m stuck with the idea that I have to stay authentic … My face has to look the way I feel.

In addition to acting, Diane Keaton is actively involved in preserving old buildings, writing books, and since 2006 he has been a regular columnist on the Huffington Post.

He is involved in the production of films and series, and currently his biggest hobby is photography. She said about Vanity Fair: “I have a lot of photos, some of mine, some of which I have collected all these years – scenes of kisses from movies, pictures that I like. Visual art is very important to me.”

And for the end…

“You make mistakes, you work too much or too little. Nothing terrible. Have fun. Laugh. And don’t forget lipstick”, said Diana Keaton. 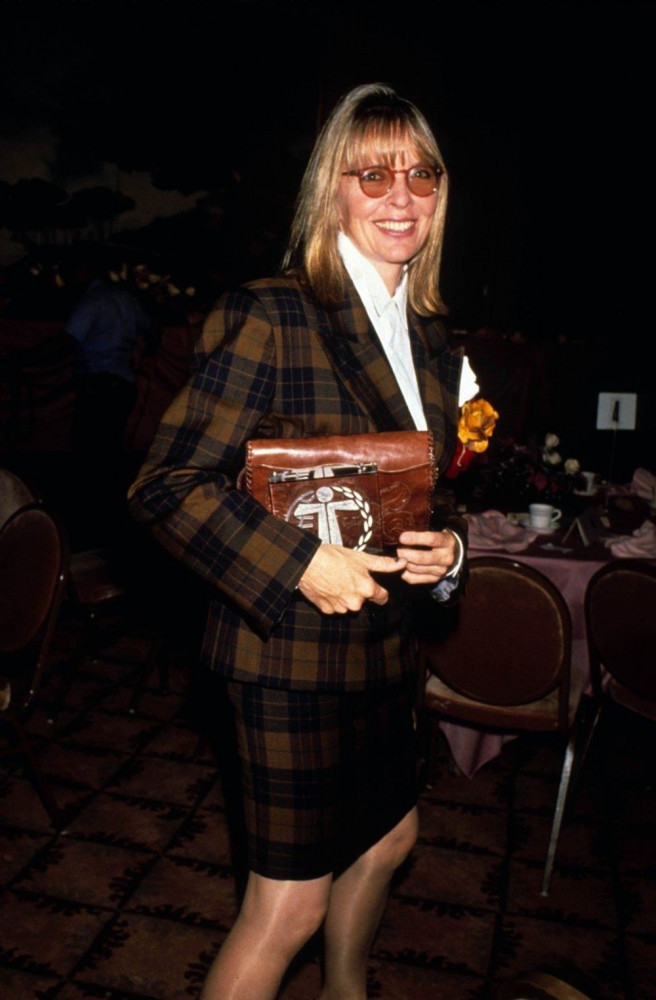 I hope you liked the biography of Diane Keaton?