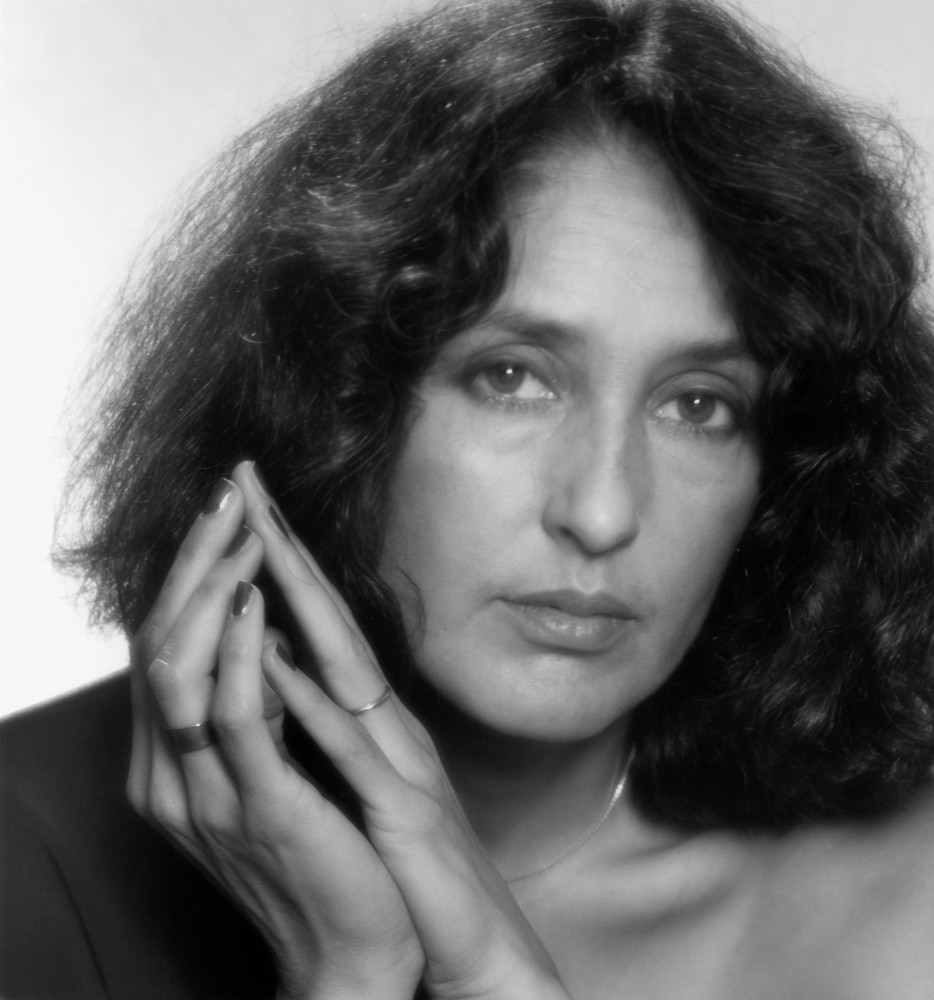 “If people already have to label me, I would prefer to be described first as a human being, then as a pacifist, and then as a folk-singer”.

This is the life story of Joan Baez!

Her father, Albert Baez, was a physicist by profession (otherwise one of the inventors of the x-ray microscope) and as a UNESCO employee, he was forced to meet often with a peasant family.

Joan’s mother Joan or “Big Joan”, as she was usually called, with her daughters (Pauline, Joan, and Mimi) followed in the footsteps of his wife on his travels. The family lived everywhere: from England and Spain, through Canada and the United States, to the Middle East.

Numerous trips to the young Joan broadened her horizons and she became interested in social problems and the fight for human rights, which Joan still deals with today. At the same time, she became interested in music quite early. Her father’s friend gave her a ukulele on one occasion, and she learned a couple of basic chords in just a few days and set out to play her favorite R’n’B stuff.

Perhaps the turning point for her future career happened when she was thirteen, at the concert of folk musician Pete Seeger, which her aunt took her to. Joan returned completely enchanted and soon added almost his entire discography to her repertoire.

In the beginning, her parents were not in favor of her interest in music, because they believed that she would surely make her addicted to some opiates, but they relented and decided to support her. Moreover, they were part of a small audience at Joanna’s first concert, held in 1958 at Club 47. Baez earned only ten dollars with her first gig, but she enchanted the audience with her voice and soon got a permanent engagement. 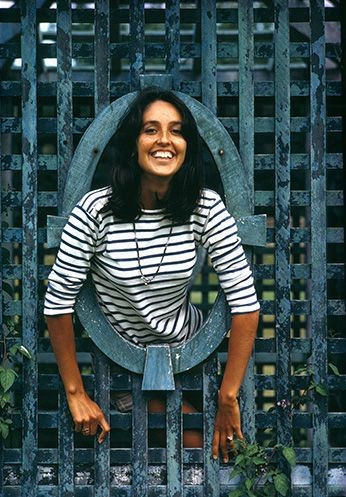 The beginning of success

The beginning of some major success is related to her performance at the Newport Folk Festival in 1959. when she sang “Virgin Mary Had One Son” and “We Are Crossing Jordan River” with Bob Gibson.

“Barefoot Madonna”, as she was then called because of her heavenly voice, signed a contract with “Vanguard” the following year, and in 1960 released her first album “Joan Baez”, composed mainly of traditional folk ballads.

In the mid-1960s, Joan became a central icon of the folk scene; she hung out and collaborated with musicians such as Judy Collins, Emela Harris, Johnny Mitchell, and Bonnie Wright, and in 1962 she was on the cover of Time Magazine, which was a special part for the musician at the time.

When she got a little tired of the acoustic guitar, Joan started collaborating with composer Peter Schickele. This was followed by the albums “Noël” (1966), “Joan” (1967) and “Baptism: A Journey Through Our Time” (1968), her first concept album on which Joan sang the poetry of many literary greats, such as James Joyce, Federico Garcia Lorca, and Walt Whitman.

In 1968, she traveled to Nashville, where she recorded two albums in a marathon studio session: “Any Day Now”, composed exclusively of Dylan’s songs, and “David’s Album”, which was more inclined to country music. 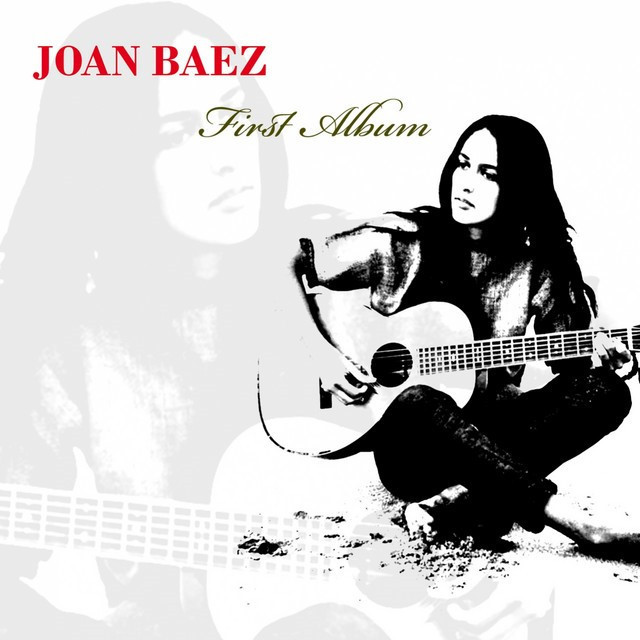 In 1968, she published her first memoir called “Daybreak”, and the following year she performed at Woodstock. Sometime around that time, Joan began writing her own songs, beginning with “Sweet Sir Galahad” and “A Song For David”, which appeared on her 1970 album (I Live) One Day at a Time.

In 1971, Joan released her latest “Golden Record”, “Blessed Are…” marked by one of her greatest hits, “The Night They Drove Old Dixie Down”. The following year, he stopped collaborating with Vanguard and moved to A&M Records, where he will release his next six albums.

Of the many albums that have followed since then, it is important to mention “Gracias a la Vida” from 1974 and “Diamonds & Rust” from 1975, otherwise, her best-selling album thanks to the title song that alludes to her relationship with Bob Dylan.

Thanks primarily to her performance in Woodstock, and then to the documentary of the same name from 1970, Joanna’s fame reached great proportions at that time, and she decided to use it as a tool in the fight against social injustices.

A fighter for peace

Joan actually started with activism in the 50s, when she participated in numerous demonstrations organized by her longtime friend Martin Luther King.

Her most famous political action is the performance of the song “We Shall Overcome” during the famous March on Washington, in 1963, which connected the song with Joan forever. 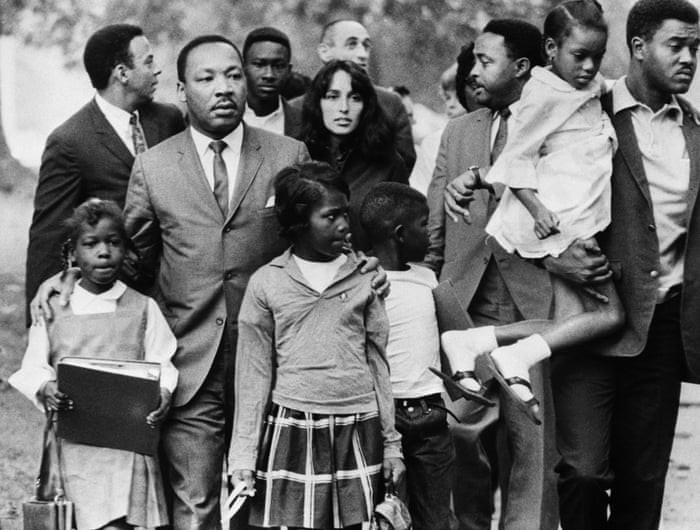 In the late 1960s, she was active in the anti-war movement and was one of the key figures in the founding of Amnesty International. She fought against wars, poverty, and the death penalty, and advocated for the rights of the LGBT community and environmental protection.

In 1976, she was awarded the Thomas Merton Award for activism, in 2006 the Distinguished Leadership Award for her long-term fight against violence, and in 2011 Amnesty International named the award for outstanding achievements in the world fight for violence human rights.

After a ten-year hiatus, in 2018 she released the album “Whistle Down the Wind” featuring arrangements by musicians such as Tom Waits and Anohni.

Despite all the mentioned achievements, Joan will, as is often the case in history, surely remain remembered for her relationship with her longtime collaborator and friend, Bob Dylan.

This is what he said about her:

“Folk singers like Peggy Seeger, Gene Richie, and Barbara Dane could not connect with modern audiences. Joan wasn’t like them. There was no one like her… She looked like a religious icon, like someone you’d want to sacrifice yourself for. She sang in a voice that addressed God directly”. 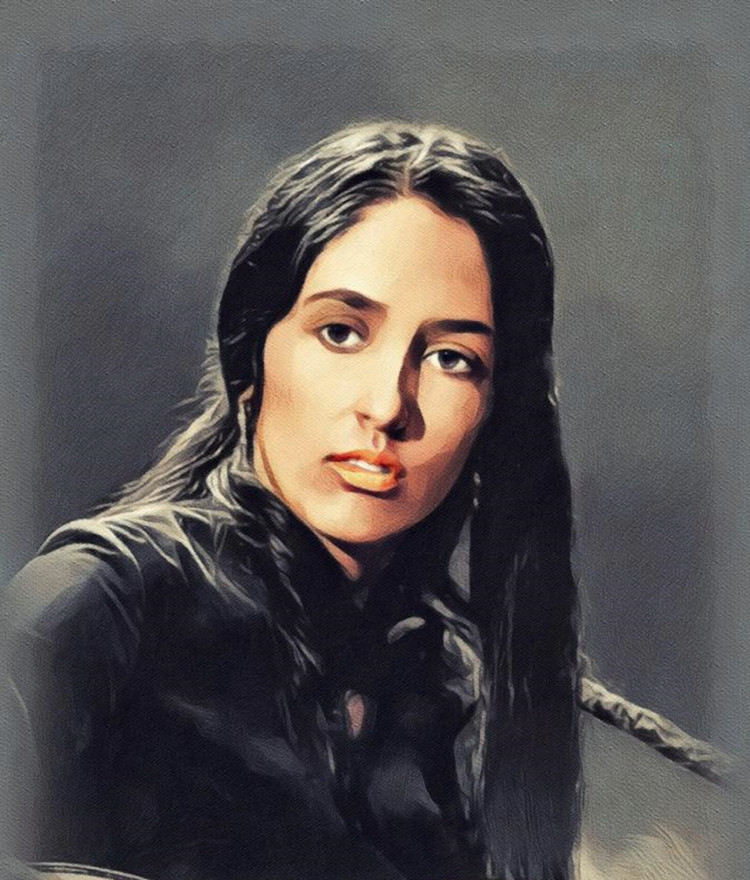 I hope you liked the biography of Joan Baez?