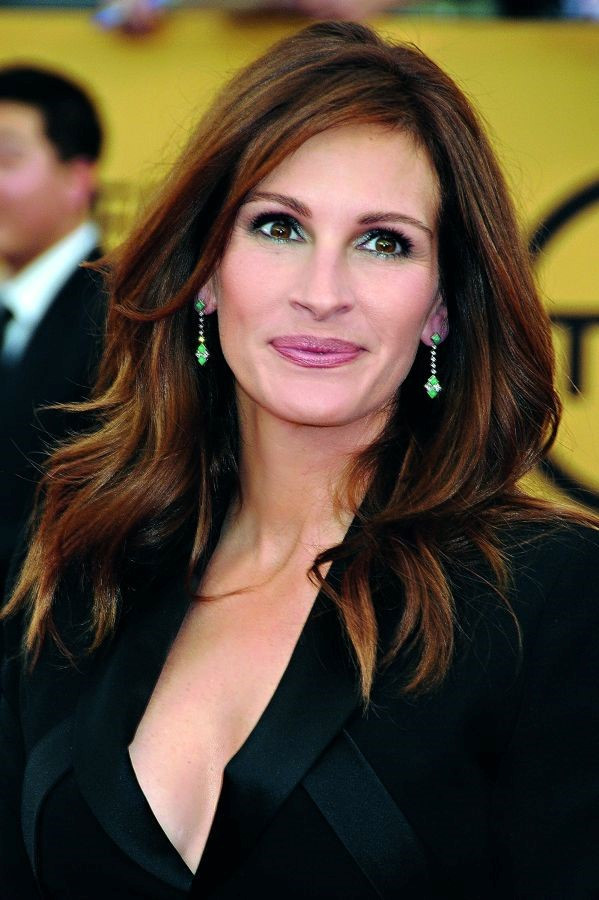 Julia Roberts is an American actress and former model, she is currently among the most beautiful and highest paid actresses in Hollywood. She gained world fame by acting side by side with Richard Gere in the film “Pretty Woman”, and she is the winner of the most prestigious “Oscar” award. The total income of this Hollywood beauty is over 2.6 billion US dollars, which makes Roberts one of the most financially successful actresses of all time.

Julia Roberts’ life story is difficult, but with a happy ending!

Julia Roberts was born on October 28, 1967, in Smyrna, Georgia. Her full name is Julia Fiona Roberts. Her father’s name was Walter Gradley, and her mother’s name was Betty Lou. When Julia was only four years old, her parents’ marriage ended in divorce, after which her mother married Michael Mouts. Michael’s character was very unpredictable, and he often had outbursts of anger and insulting comments directed at Julia, so that her childhood next to her stepfather was not easy at all. Constant outbursts of anger and aggressive behavior, not only made Julia’s life miserable, but also her brother’s and sister’s.

Although her father was of the Baptist faith, Julia was raised a Catholic.

In 1977, Julia’s father died of cancer, which made the actress very ill. Julia has an older brother, Eric, and a younger sister, Lisa, who are also into acting, but are nowhere near the success that Julia has achieved. In addition to them, Julia also had a half-sister, Nancy. Unfortunately, Nancy committed suicide in 2014, and a few months after that, her mother also died after a great and difficult fight with cancer.

As a child, she did not want to be an actress, but her dream was to become a veterinarian. After elementary school, she enrolled in Campbell High School, and then the University of Georgia. Already in her high school-days, she began to be attracted to acting, but Julia neglected all that and enrolled in college, which soon left and went to New York, where she soon began acting classes, and in the meantime to earn a living, works as a model.

The beginning of a film career

While modeling in New York, Julia attracted a lot of attention, primarily with her attractive appearance and smile, which still fascinates today. The agency that represented Julia slowly began to find her film roles. The first roles she played were in low-budget films, where she appeared for a few minutes and uttered only a few sentences. 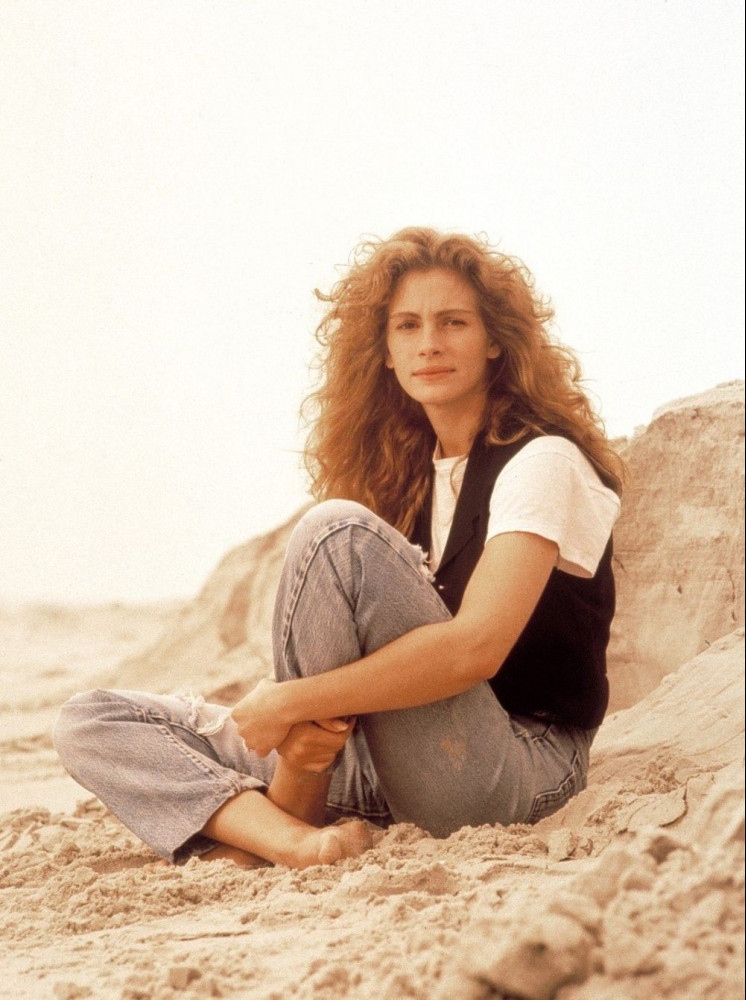 In 1988, she got a role in the films “Pleasure” and “Mystical Pizza”, where she had bigger roles and where she managed to show her innate talent. A year later, Julia got the role of a sick bride in the drama “Steel Magnolias”, and received her first Oscar nomination in the category of best supporting role. Only three years after that, Julia gained world fame by starring in the romantic drama “Pretty Woman”. It is interesting that she was at the beginning of her career at that time, and at the casting she managed to surpass the then well-established actresses, Meg Ryan and Derley Hannah. The role of a prostitute brings her the first “Golden Globe” in the category of best leading female role, as well as an Oscar nomination. “Pretty Woman” eventually gained cult status, and earnings put it in fourth place in romantic comedies.

During her thirty-year career, this Hollywood beauty has won over a hundred nominations in various categories, and has won 54 awards, of which the highest award is certainly the “Oscar” in the category of best lead actress, which she received in 2000 starring in the film Erin Brockovich”, Which is inspired by true events. She was nominated eight times as the best actress at the “Golden Globe” award, and she won three for her roles in films: “Erin Brockovich”, “Pretty Woman” and “Steel Magnolias”. In her career, Julia has acted in over forty films. 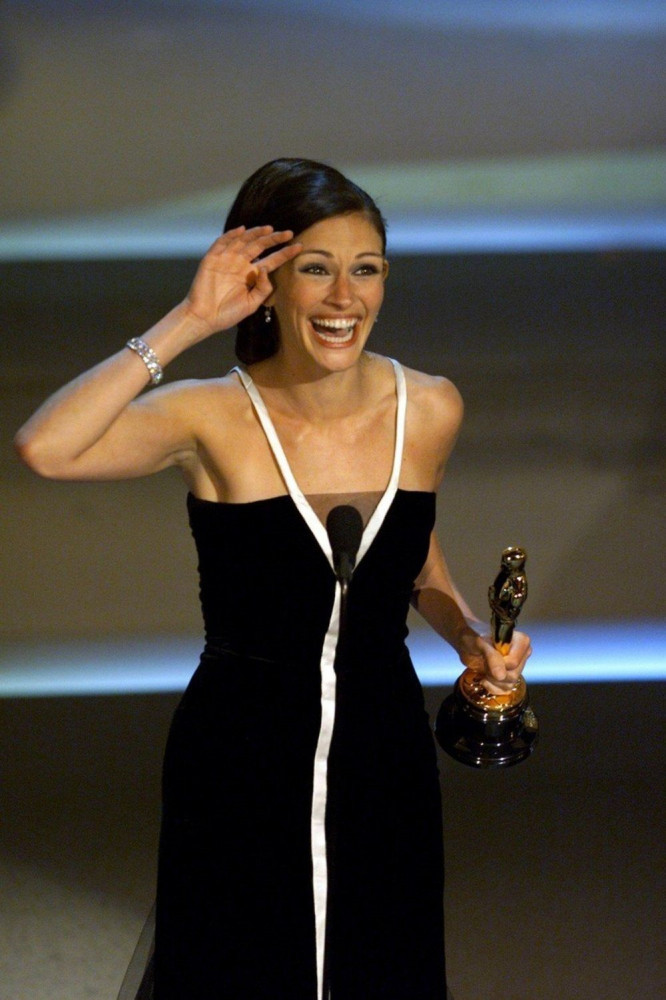 As she started her career at a very young age, and at the very beginning came into the public spotlight, she aroused constant media interest in her private life. Although she wanted to hide the details from her as much as possible, the media are finding a way to find out even the most intimate details. The actress was in a relationship with Irish actor Liam Neeson, Canadian actor Kiefer Sutherland, Jason Patrick, Matthew Perry and Benjamin Brett.

In 1991, she was engaged to actor Kiefer Sutherland, with whom she broke up three days before the wedding.

In 1993, he met the singer Lajo Loveta, with whom he fell madly in love, and soon the couple stood on a crazy rock. After two years of marriage, the couple divorced. Julia stated that she entered into a marriage too hastily for which she was not ready, that she was drawn by a great love for an interesting musician. Also, she was not ready for the role of a mother, while Lovet strongly wanted that. Different views of the world and life paths led to the fact that the couple could not find a way to survive.

In 2001, during the filming of “Mexican”, with her partner and friend Brad Pitt, Julia meets cameraman Daniel Modera, who slowly wins her heart and with whom she begins a love affair, which eventually ends in a marriage that the couple concluded in New Mexico. 2002. She stated that it was only with Daniel that she met true love, that she matured next to him and understood what the essence of life was, and that Daniel himself changed her life from the bottom up. 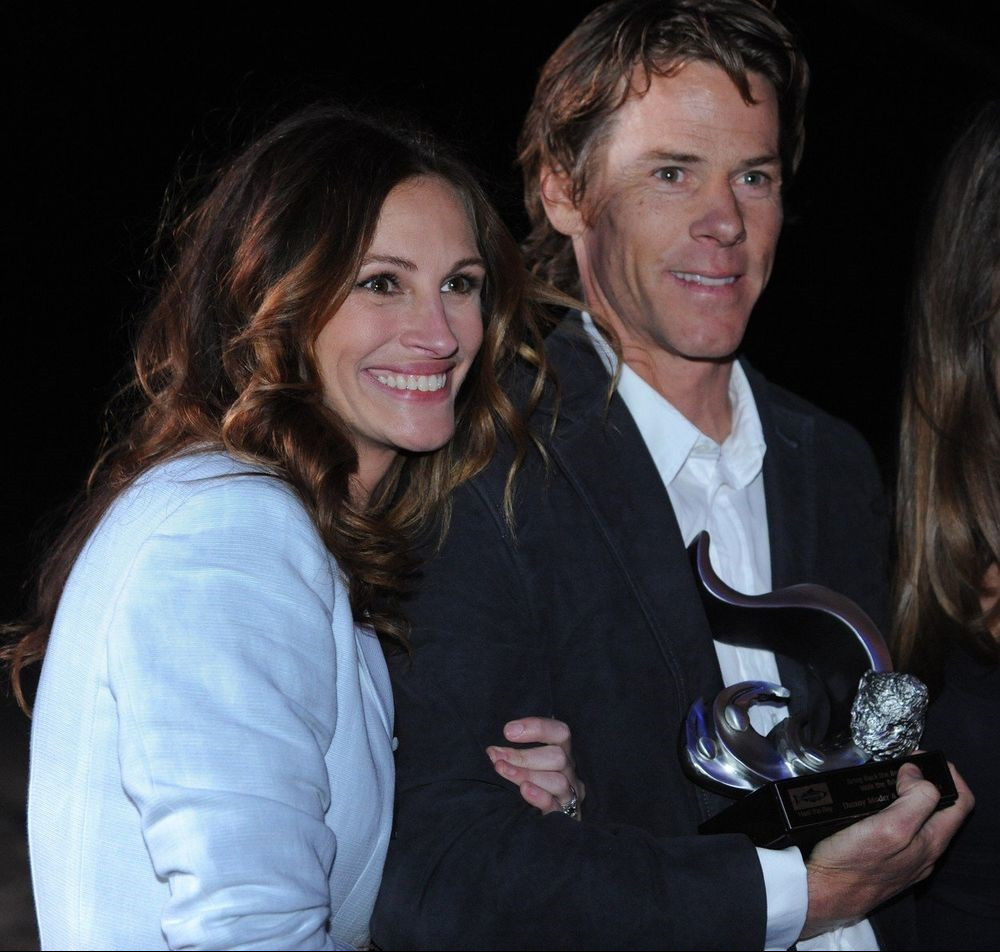 On November 28, 2004, thanks to in vitro fertilization, the two became the parents of beautiful twins – Hazel Patricia and Fiennes Voltaire. Three years later, the couple had another son, Henry.

1. Julia is the face of the famous brand “Givenchy”, and in addition she is a member of UNICEF and is known for her humanitarian work.

4. Actress Emma Roberts, known to our public for her roles in “American Horror Story”, “We Are the Millers” and “Scream 4”, is Julia’s nephew.

7. She is the first actress whose salary reached 20 million dollars for one role (for the film Erin Brockovich). The first actor to do that did it four years before Julia, and it was Jim Carrey for the role in “The Cable Guy”.

9. He is a big fan of actress Katharine Hepburn.

10. Her favorite hobby is knitting.

I hope you liked the biography of Julia Roberts?