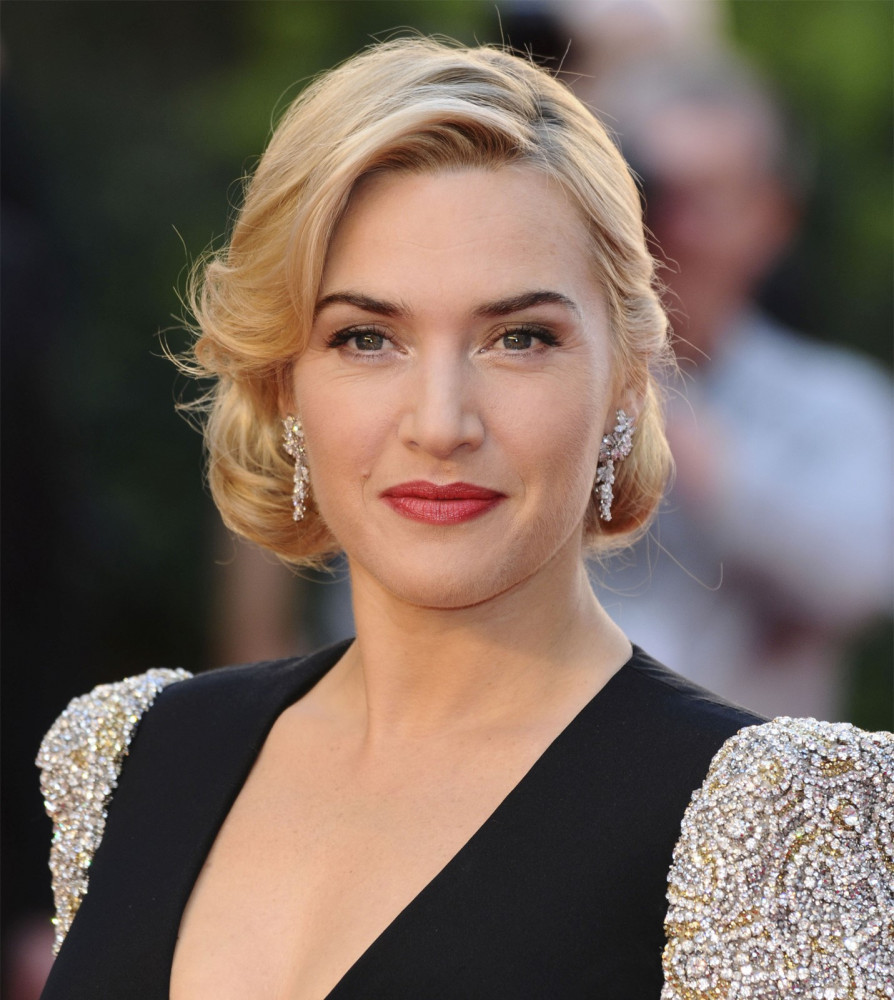 She ate in a public kitchen, she was ridiculed for being fat, and today she is one of the most influential actresses!

Below is the life story of Kate Winslet!

Kate Elizabeth Winslet was born on October 5, 1975, in Berkshire as the daughter of Sally Anne Bridges and Roger John Winslet. Her mother worked as a nanny and waitress, while her father did his best to breakthrough as an actor, accepting various jobs just to feed his family.

That the apple does not fall far from the tree was shown once again, because not only did she inherit the acting genes from her father, but also from her maternal grandparents – they were both actors and had their own theater troupe.

Kate Winslet has two sisters, Ana and Beth, who are also actresses, although they are not as successful as she is. Besides them, he has a brother, Joss Winslet, and their childhood was marked by poverty. They even ate in a public kitchen and were funded by the charity Actor’s Charitable Trust.

When she was ten, her father suffered a severe leg injury in a boat accident, which made it increasingly difficult for him to find work, which greatly affected the family.

By the way, Kate went to the elementary school “St Mary & All Saints’ Church of England”, and she started acting with her sisters at school, but also at the amateur youth theater.

She had her first appearance on stage as a five-year-old, when she played the Virgin Mary in a school play about the birth of Jesus.

When reporters asked her in later interviews to reminisce about her childhood, Kate said she was a bit obese as a girl, which is why they teased her and called her “fat” and “walrus”. 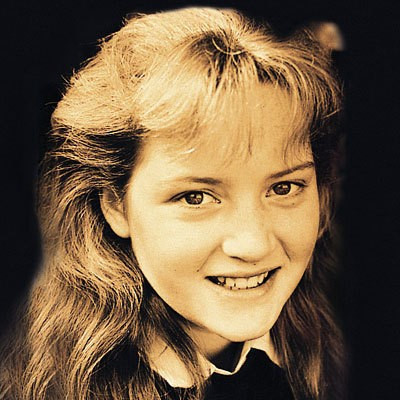 She was targeted because of her appearance, and she also experienced that she was locked in a school locker.

“They even told me I could be happy if I was given the role of a fat girl”. Agents used to tell me, “You’re just not what we’re looking for.” “I’ve heard it countless times,” Kate once said.

However, she did not allow something like that to stop and discourage her.

In spite of everyone, at the age of 11, she accepted the invitation of the acting school “Redroofs in Maidenhead”, which also functioned as a talent agency by taking her students to auditions in London.

“I did not want to give up on my dreams. I hit back. I had to ignore all those negative comments. I believed in myself and worked hard”.

She landed a role in the Sugar Puffs commercial, then in some foreign films, while at school she starred in Alice in Wonderland, The Chronicles of Narnia: The Lion, the Witch and the Wardrobe, and starred in “Peter Pan”.

Although she often got roles in plays staged by the Starmaker Theater Company, the main roles were rare, mostly due to her excess weight.

In 1991, just two weeks after passing his exams, he made his television debut as one of the main characters in the BBC’s sci-fi series “Dark Season”. 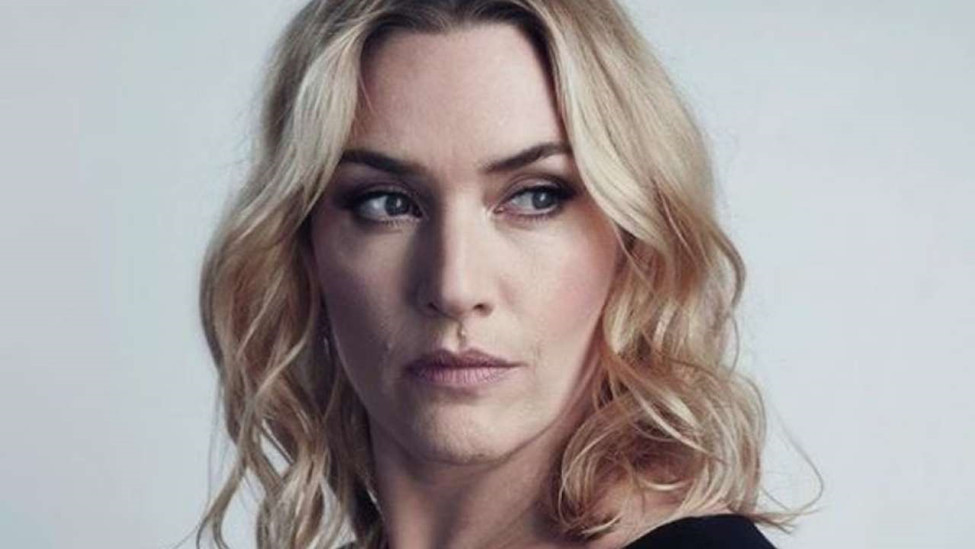 But, none of that brought her money, which is why she had to work in a store as a 16-year-old in order to survive.

She made her first known relationship as a 15-year-old while filming the series “Dark Season”, when she fell in love with 12-year-old actor and screenwriter Stephen Tredre.

He actually had the biggest impact on her life, and they lived together in London for a while. They broke up in 1995, but remained close until his death two years later.

Due to his funeral, she also missed the premiere of “Titanic”. It took her a long time to come to terms with his death.

The roles were in a row, there were the films “Heavenly Creatures”, and even “Reason and Feelings”, but none of them made her a megastar until the Titanic, where she starred with Leonardo DiCaprio.

It is interesting that director James Cameron did not see her in the role of Rose DeWitt Buchanter at all, but wanted Gwyneth Paltrow. However, Kate was persistent and it was this persistence that gave her the role.

“I didn’t even think that ‘Titanic’ would achieve such success,” she once said, referring to the fact that the film earned more than a billion dollars by being shown worldwide, and brought her an Oscar nomination. Although Helen Hunt won the “Oscar” for her, that nomination was worth much more for Kate, because she showed her talent, which everyone recognized. 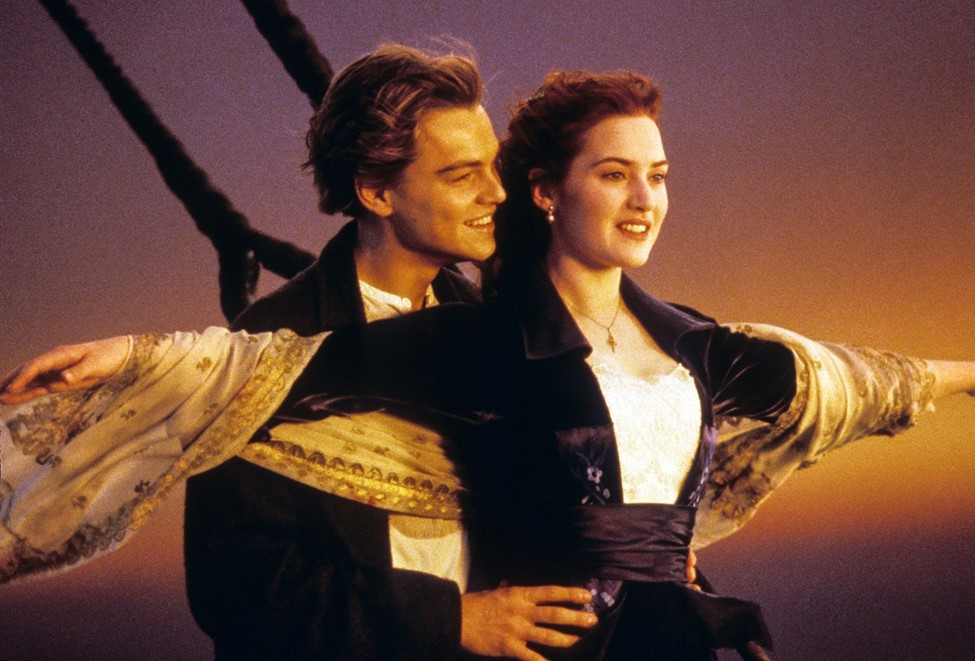 And while most of her colleagues would use such an opportunity to accept any role, for the sake of millions on the account, Kate has never been like that.

Instead of making money on her newfound fame, she decided to accept a role in the film “Hideous Kinky”, for which she traveled to Morocco. The film was not a great success, but she did not bother with it but, said:

“I don’t just want to be a movie star, I want to make good movies”.

Because of her acting, she was soon named “the best British actress of her generation”, and her roles and awards only kept coming. And it was her decision to make films that she believes in, and not those that will bring her financial gain, that proved to be good for her in terms of love.

If she hadn’t accepted the role in Morocco, she probably would never have met Jim Threapleton, the assistant director. 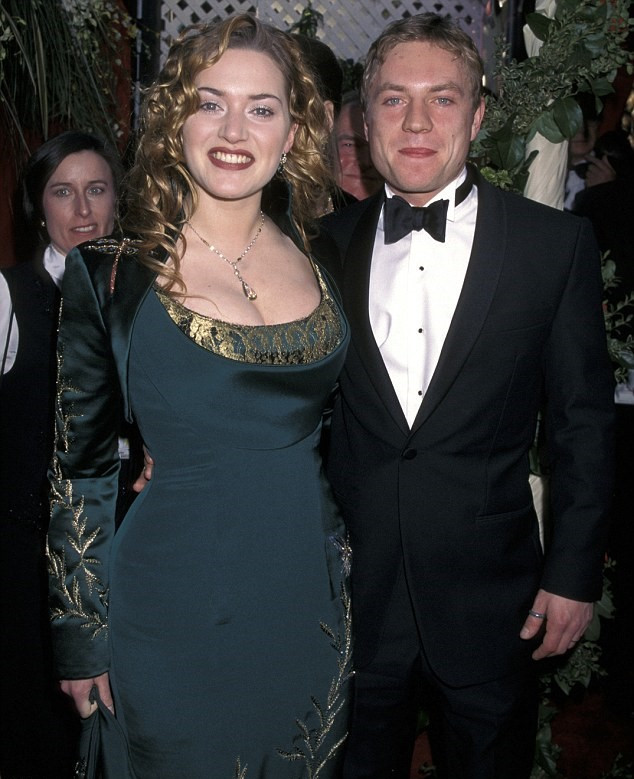 “I arrived on the set and saw this handsome blond man with amazing blue eyes. The first thing I said was “s***”, aware that it is – that and that no one can do anything about it, that we are doomed to each other!”

They were married in November 1998, at an intimate wedding at her church in Reading, and two years later, they had a daughter whom they named Mia.

After giving birth, she struggled to regain her figure for a long time, and although she lost weight, she is still a person admired by women around the world precisely because of her love of food.

“In the end, I realized that I spent 90 percent of my day thinking about pounds and realized how tiring it is. I do not support these stereotypes about thin women, so it is very important to me that the films show real women, “she said.

Although she experienced love at first sight with Jim, they divorced after three years of marriage, in August 2001.

In May 2003, she married director Sam Mendes, with whom she had a son, Joe, in December of that year.

They soon sold their family home in north London and continued living on the New York-Cotswolds route. 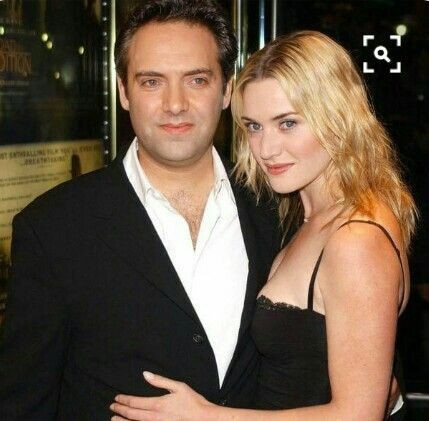 At the same time, as an actress, she was incredibly successful and soon became the first person under the age of 30 to have four Oscar nominations after she shot “Iris” and “The Eternal Shine of the Invincible Mind” in 2004.

She received her fifth nomination in 2007, for the film “Little Children”.

After filming “Love and the Holidays” with Jude Law and Cameron Diaz in 2006, she decided to retire from acting for a while to dedicate herself to her family. To the great joy of the fans, her “vacation” lasted only two years, when she was again in front of the cameras with DiCaprio in “The Road to Liberation”, after which she was awarded the “Bafta” and “Screen Actors Guild” awards.

The year 2008 was crucial for her when she made the film “The Reader”, which finally brought her the long-awaited “Oscar”. 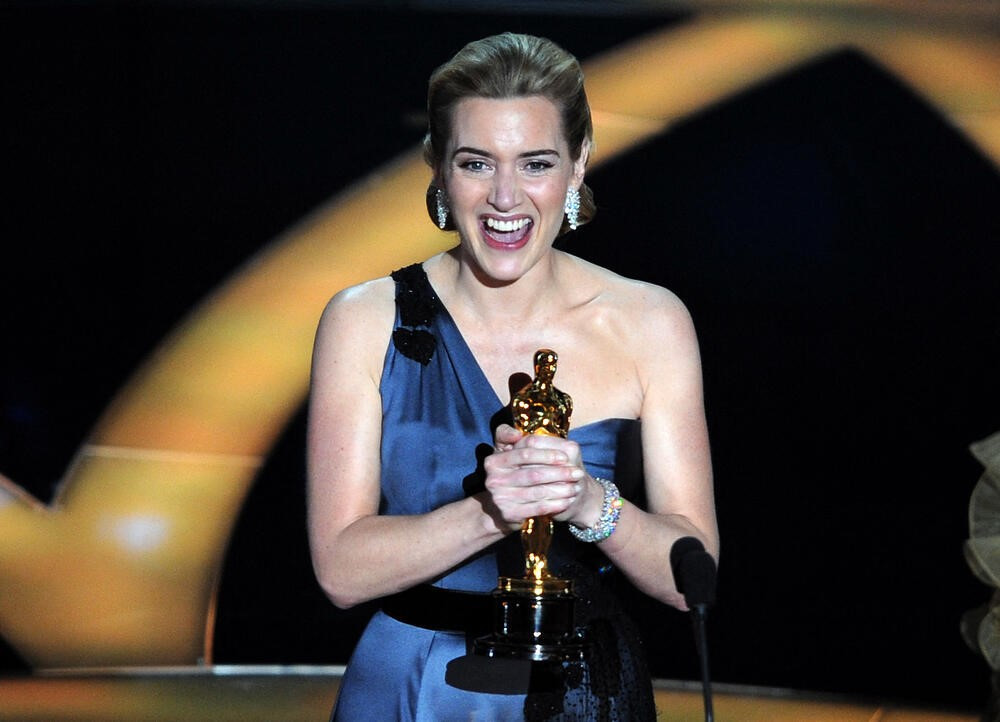 “I would be lying if I said that I did not write a speech for the award when I was only eight years old and practiced in front of a mirror”, she said when taking over the statue.

But a year later, she shocked the public with the news that her marriage to Mendes had come to an end.

Although they acted as a perfect couple, they cited “irreconcilable differences” as the reason for the collapse of love.

She met her third husband, Edward Abel Smith, also known as Ned Rocknroll, during a vacation at the Richard Branson Estate on Necker Island in 2011.

Smith was Branson’s cousin, and the couple got married in December 2012 in New York. The following year, they had a son, Bear. 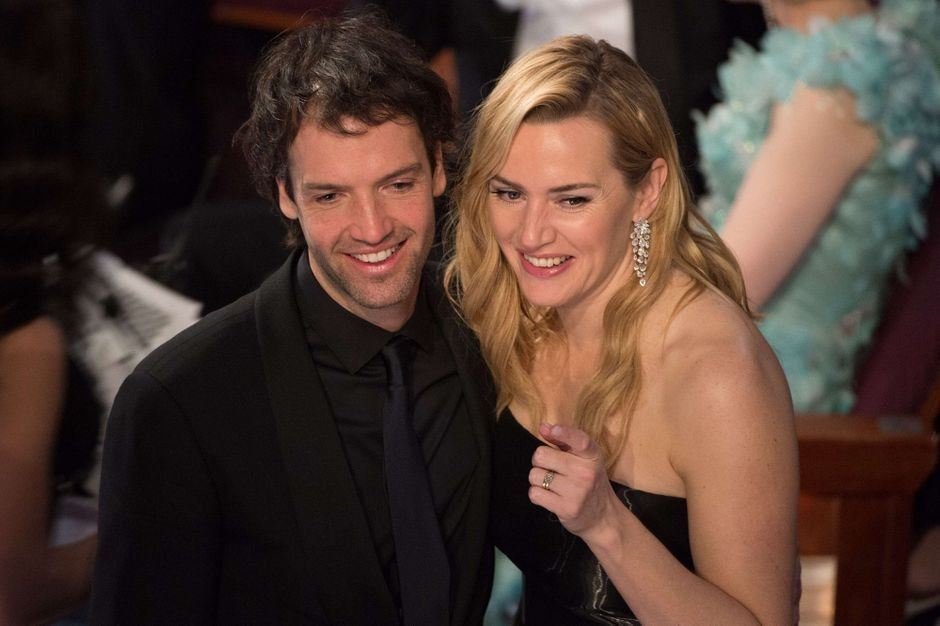 After she made the decision to return to England, Kate Winslet bought property by the sea in Sussex, where she has been living with her husband and children since 2015.

As she says, life in the countryside is very pleasant for her, and in order to get out of the house as little as possible, she still refuses roles whose filming could take a long time, so she mostly accepts those whose filming dates revolve around school holidays. 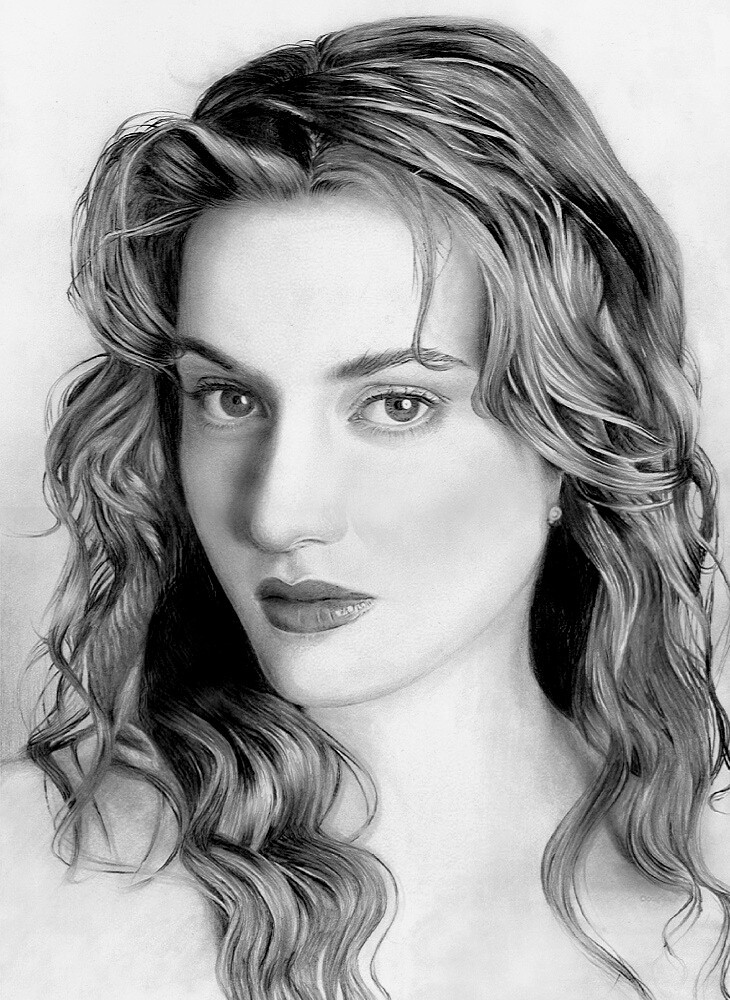 I hope you liked the biography of Kate Winslet?