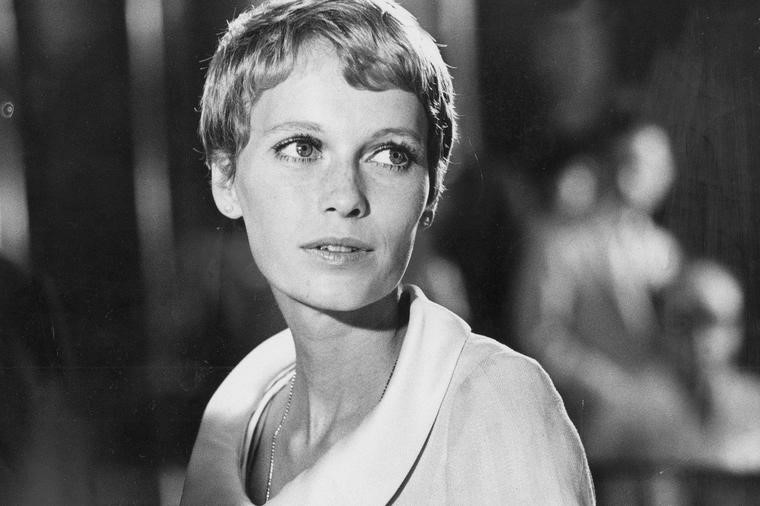 In the following text, I will tell you the life story of Mia Farrow, a woman who did something that few in the world did: she adopted ten children!

These and other details from her life, I will describe to you in the best possible way!

Mia Farrow was born on February 9, 1945, in Los Angeles. An American actress, activist, a woman who started her career working as a model.

She gained worldwide popularity by marrying Frank Sinatra, and a little later with a role in the film “Rosemary’s Baby”, directed by the hated director Roman Polanski.

Her father was a film director and her mother an actress. She had seven siblings. Her parents were alcoholics and it was a difficult childhood. The eldest brother, Michael, died in a plane crash when he was only 19, his brother Patrick committed suicide in 2009, and in 2013, John was sentenced to ten years in prison for child abuse.

Mia grew up in Beverly Hills, California, where she occasionally participated in plays, and at just two years old, she starred in a short documentary.

She was raised a Catholic and attended a school run by nuns. At the age of nine, she contracted polio from a virus that was then ravaging Los Angeles, so she spent three weeks in isolation. She barely survived.

She appeared in various films as a supporting role, until the screenplay for the film “Rosemary’s Baby” appeared, which took her career to the skies. Later, films such as “The Great Gatsby” and the role assigned to her by her then partner, Woody Allen, brought her worldwide popularity. 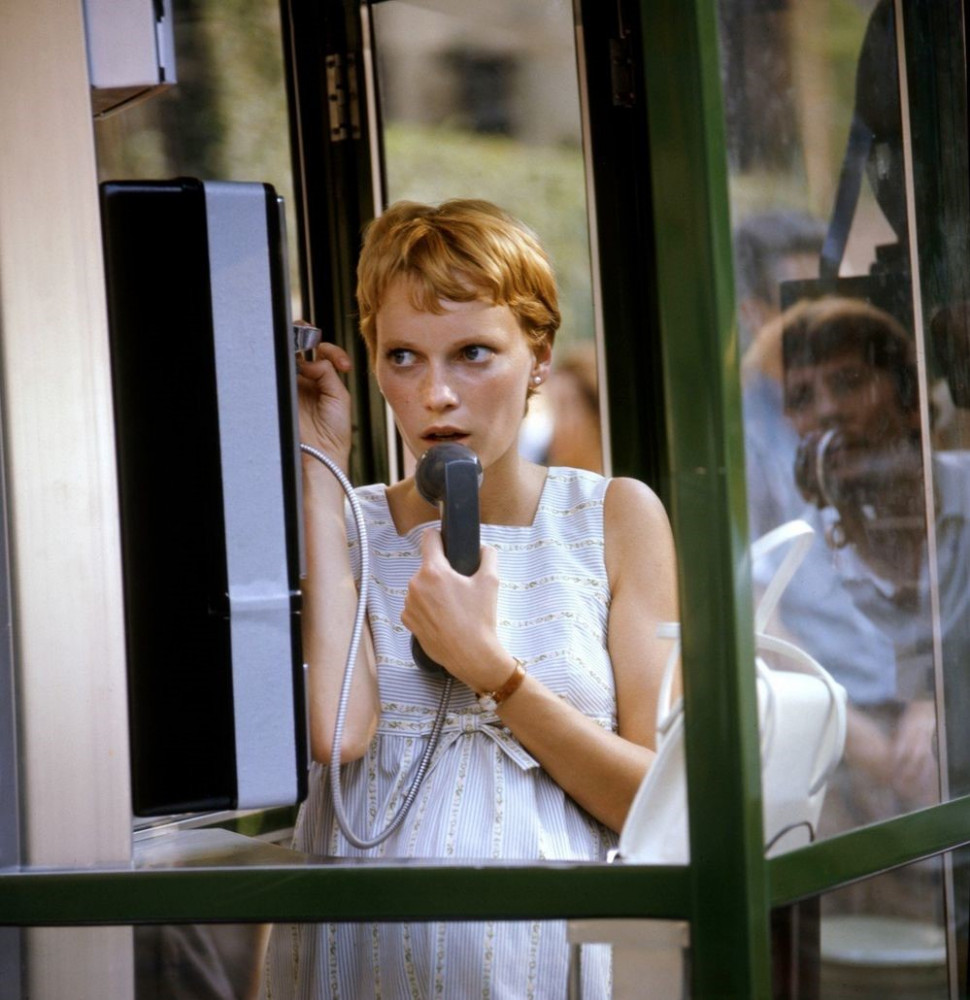 In July 1966, Mia Farrow married the famous singer and actor, Frank Sinatra. The wedding took place in Las Vegas. She was only 21, while Frank was 50.

He wanted Mia to give up her film career, which she did at one point. She followed Sinatra on the set for several years, but finally got tired of it and then agreed to star in the movie “Rosemary’s Baby”.

Working on that film led to big quarrels between the spouses, especially because she first agreed to play in his film. As soon as the filming of “Rosemary’s Baby” began, Frank Sinatra’s lawyer handed her the divorce papers.

She later realized that the biggest problem between them was the age difference, and she remembers that she was an ordinary teenager at the time, and not someone who was ready for marriage and everything he wore.

Regardless of the divorce, they remained friends until his death. 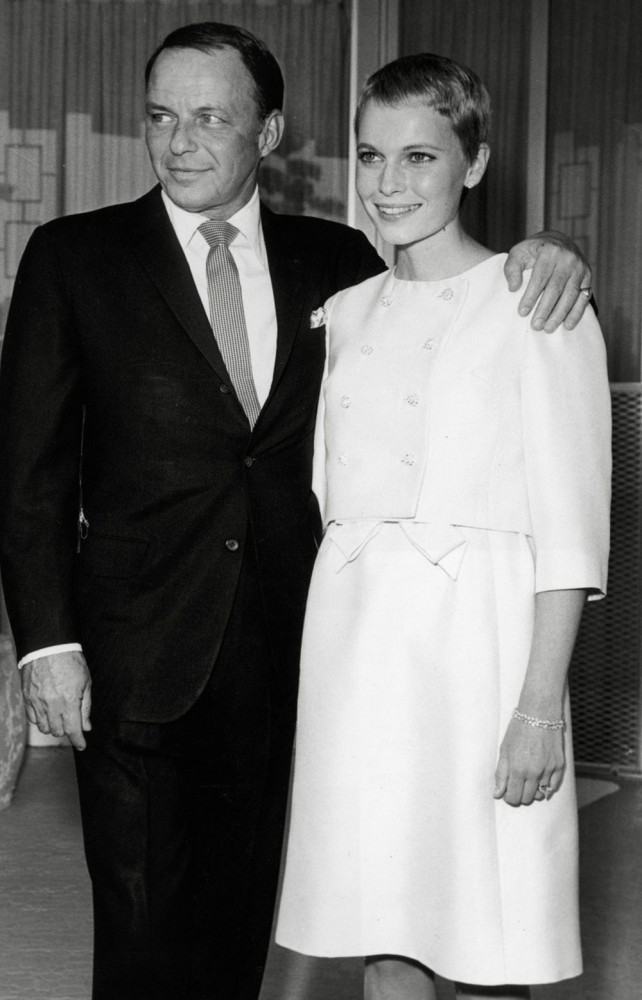 In September 1970, Mia steps on a crazy stone again and marries composer Andre Previn in London. Marriage was the only solution, considering that she was pregnant.

She was carrying male twins. Andre Previn was still married at the time, when he met the irresistible Mia, and when she became pregnant, he left his wife and filed for divorce.

After four years, they had another son. After nine years of marriage, they divorced with the explanation that there is no more love between them.

When, years later, she started adopting children from orphanages in the countries of the third world, she could not even dream that the tragic series would only continue.

After the divorce, Mia adopted a child from Korea named Moziz, a two-year-old boy suffering from cerebral palsy.

During their relationship, Mia starred in as many as 13 films.

During her relationship with Woody Allen, she adopted a girl, Dylan, and then in 1987, she gave birth to another child, a son, Sacel. The boy’s father was Woody Allen, who named him after his favorite baseball player.

The drama that will end up on the covers of all magazines has just followed.

In 1997, he married a 35-year-old young Korean woman, his adopted daughter, who, after the photo scandal, never said a word to her mother, Mia Farrow.

And the actress was so angry about everything that she later revealed to the press that Sacel is not Allen’s son, but – Sinatra.

In the meantime, after all the scandals, Sacel changed his name to Ronan, and then he made an interesting statement: “It is possible that we are all children of Frank Sinatra”.

The fight in court against Alen lasted for years and the director was never convicted, and various accusations threatened to destroy the famous director, among others for abuse.

He still lives today with his adopted daughter Sun Yi in marriage.

Mia continued to engage in humanitarian work and out of 14 children, she lost three.

Tam Farrow died of a heart attack at the age of 19. Lark Previn from a long illness, allegedly AIDS, Thaddeus Farrow in a car accident, but it was later proven that he committed suicide. 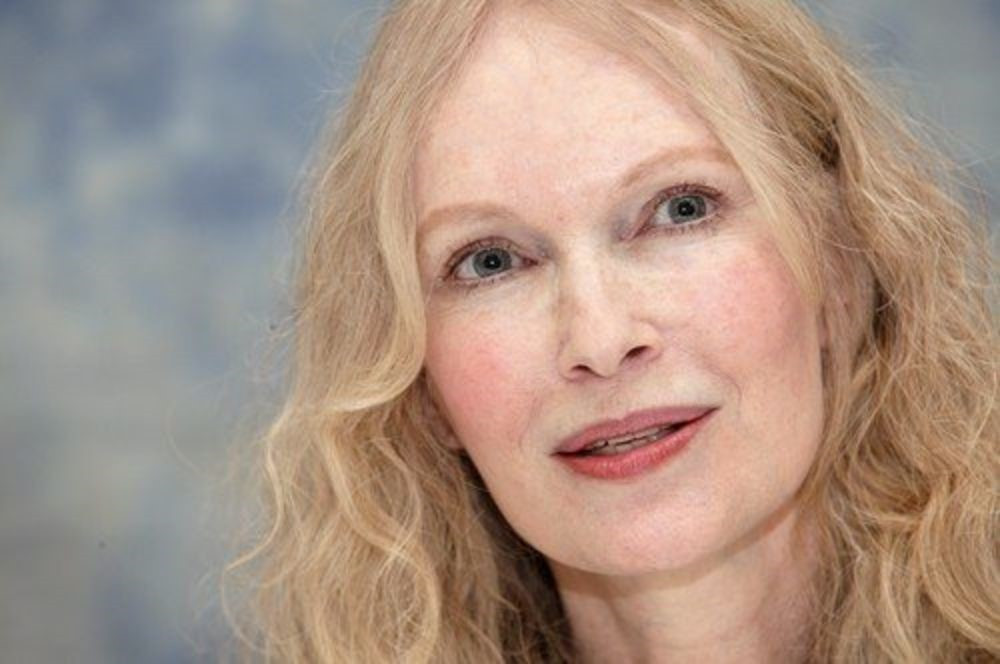 Even today, at the age of 76, he is still engaged in humanitarian work!

I hope you liked the biography of Mia Farrow?