At the height of her fame, Milka Trnina had to retire due to illness. Due to serious problems with the mimic nerve and a failed operation, she canceled the tour and abruptly ended her career.

I will present the life story of Milka Trnina! 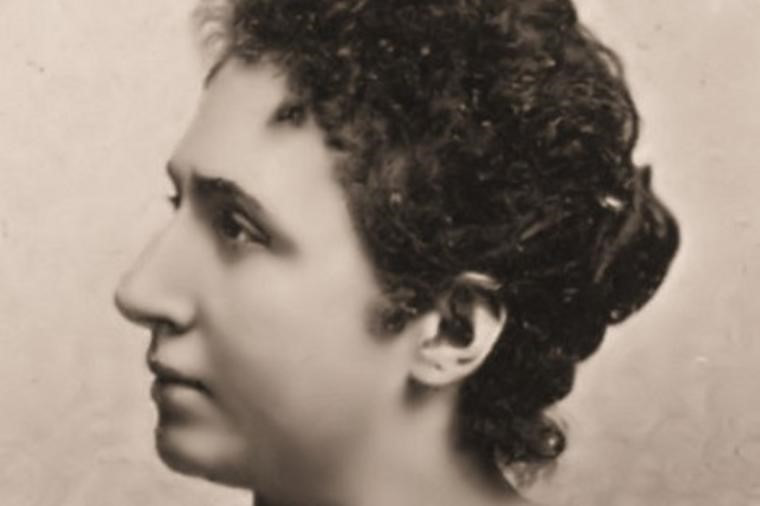 There are few children who look so happy after the death of their parents, as was the case with Catherine Ternina, born about fifty kilometers from Zagreb, at the end of 1863. However, today no one remembers her by that name. Her mother affectionately called her Milka, and the surname was entered incorrectly in the documents on the death of her parents. That is how the whole world knows about the great Milka Trnina today.

After the death of his parents, Milka Trnina was adopted by his uncle’s family. He was an advisor in the then Government, otherwise a Croatian writer and critic. His wife, Laura, was the most important person in Milka’s life. “Auntie”, as Trnina called her, was a faithful companion and the most faithful friend of her cousin until her death.

The girl Milka Trnina was an unusual talent. She was only 13 years old when the beauty of her voice was discovered by Ida Wimberger, a private singing professor. She managed to educate her for the next three years, so Milka performed at the concert for the first time at the age of 16.

She easily drew attention to herself. A young and beautiful girl, she attracted everyone with her unusual voice, so the famous writer August Chenoa, amazed by the gift she had, persuaded Milka’s uncle to send her to the Vienna Conservatory.

There she was met by Josef Gensbacher, then the best Viennese professor of singing. At the end of the first year, she was the best in her class, and in the second year, she started performing at matinees in his home – in front of the most famous musicians of that time.

Anyone who had the opportunity to meet her then, could agree that Trnina has a great career ahead of her. She fulfilled all the preconditions for that – in addition to her gorgeous voice, she was hardworking, dedicated, and at the same time intelligent, well-mannered and versatile. 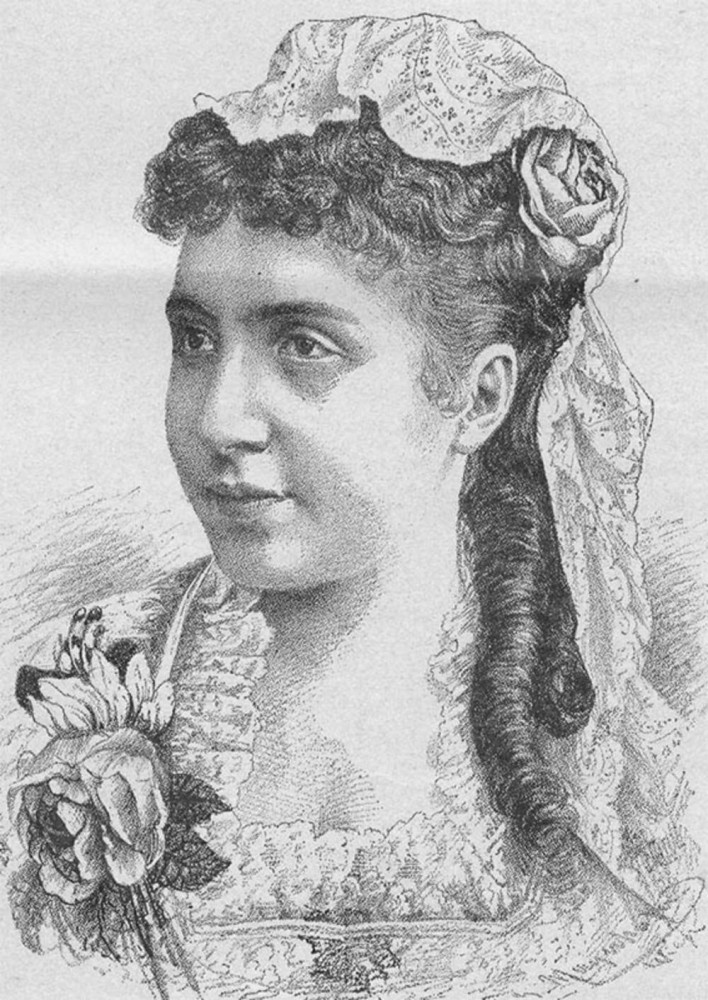 It was known from the first performance – a miracle appeared on the stage!

Her first role was Verdi’s Amelia in “Masked Ball”, and after the second performance, she won all the critics who praised her tone, range of voice, intonation … and, although some said that Amelia may be too much, in one critique, it was noted: – The young eagle, when it tries to take off for the first time, does not fly around the nest like a sparrow, but immediately rises into the clouds.

She followed roles in numerous operas by various composers – “Troubadour”, “Aida”, “The Dutch Wanderer”, “The Magic Flute”, “Carmen” … She was attracted to Beethoven, Mozart, Wagner, Verdi, and performed throughout Europe. From its Zagreb through Vienna, Leipzig, Graz, Bremen, Munich to London … and then outside European soil – New York, Moscow.

She also performed at Bayreuth, Wagner’s home. There, they were convinced that Milka was Jewish and did not invite her again. It was an age when antisemitism among Wagner’s successors was extremely strong.

In the eighties and nineties of the 19th century, she had an average of 60 performances a year, and in 1895, even over seventy.

Little is known about the fact that Milka Trnina was a close friend of the great scientist Nikola Tesla.

During her visit to Zagreb in 1898, she prepared a farewell show and gave the money from the farewell show to the Society for the Beautification of Plitvice Lakes and Tesla’s hometown, and as a sign of gratitude, the Society named one of the most beautiful Plitvice waterfalls Milka Trnina Waterfall.

The best Tosca in the world, a favorite of the monarch

Puccini’s latest work, “La Tosca”, was first performed in Rome, then in Milan and Buenos Aires, and then came to London. The manager of the famous “Covent Garden” decided on a bag to make a spectacle, believing in the talent of Milka Trnina, whom he knew would triumph in the new opera of the famous composer.

He surrounded her with the best … He was conducted by the famous Luigi Mancinelli, Cavaradosia was sung by Fernando de Lucia, and Antonio Scotti was Scarpia. Along with top artists, there were also perfect costumes, so Milkin created the famous painter Percy Anderson.

Dramatic contrasts, the beauty of voice and movement and the magnificence of Trnina’s stage appearance led to the fact that after her, Puccini himself could not imagine another singer in the role of Tosca.

– Not a single Tosca has ever approached Trnina’s – was the opinion of the great composer who radiantly followed the performances of this artist.

In 1896, Milka Trnina performed at the coronation of the Russian Tsar Nicholas II – as a gift from the German Tsar Wilhelm II. She sang “Isolde’s Love Death”, the Empress’s favorite aria. She is said to have brought tears to many eyes, and the Russians have rewarded her richly.

The emperor presented her with a large brooch in the shape of a star composed of diamonds and rubies, the empress with a brilliant bracelet, and a lady from the empress’s retinue took a ring with a large sapphire and diamonds from her finger and asked to receive it as a token of gratitude for Isolde’s miraculous experience. Love death “. A young officer, who also wanted to express his enthusiasm to her in some way, in need of a suitable gift, took off the silver belt from his Cossack uniform and gave it to her to remind her of the moments of happiness she gave them – Milkin writes. An artistic biography written by Mato Grkovic.

At the height of her fame, Milka Trnina had to retire due to illness. Due to serious problems with the mimic nerve and a failed operation, she canceled the tour and abruptly ended her career. Her last performance – the role of Sieglinda, she played in the Prinzregenten theater, in 1906.

Milka was also extremely self-critical, and when she left the stage due to illness, she made sure that all her recordings were destroyed forever.

If it weren’t for Milka, there would be no “Milka”! 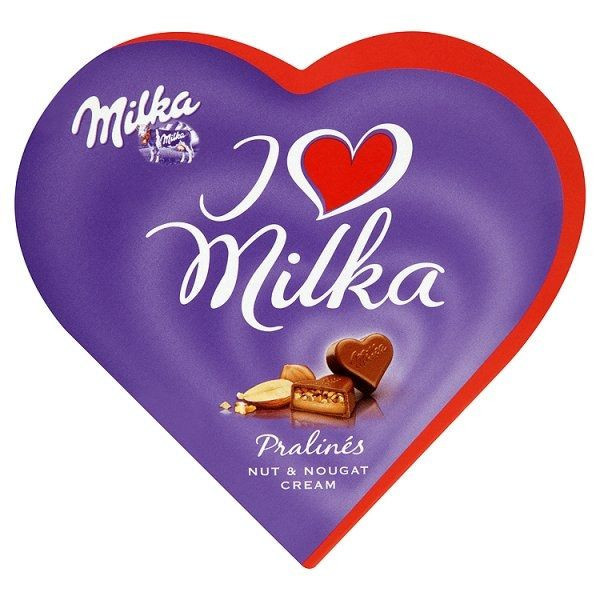 There are too many gossips and myths about Trnina, and the most famous is certainly the sweetest one.

Legend has it that Karl Rus-Sushar – Swiss manufacturer and son-in-law of Filip Sushar who founded a company that started producing chocolate in 1901 – was so delighted with Trna’s performance of his beloved Richard Wagner that he persuaded Filip to name the chocolate after this opera diva – “Milka”! 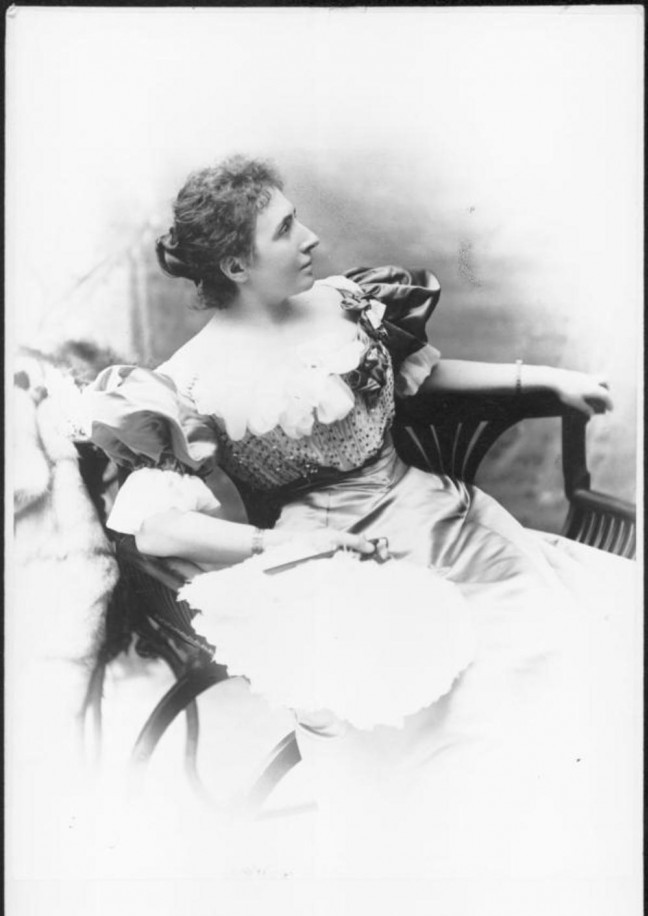 I hope you liked the biography of Milka Trnina?