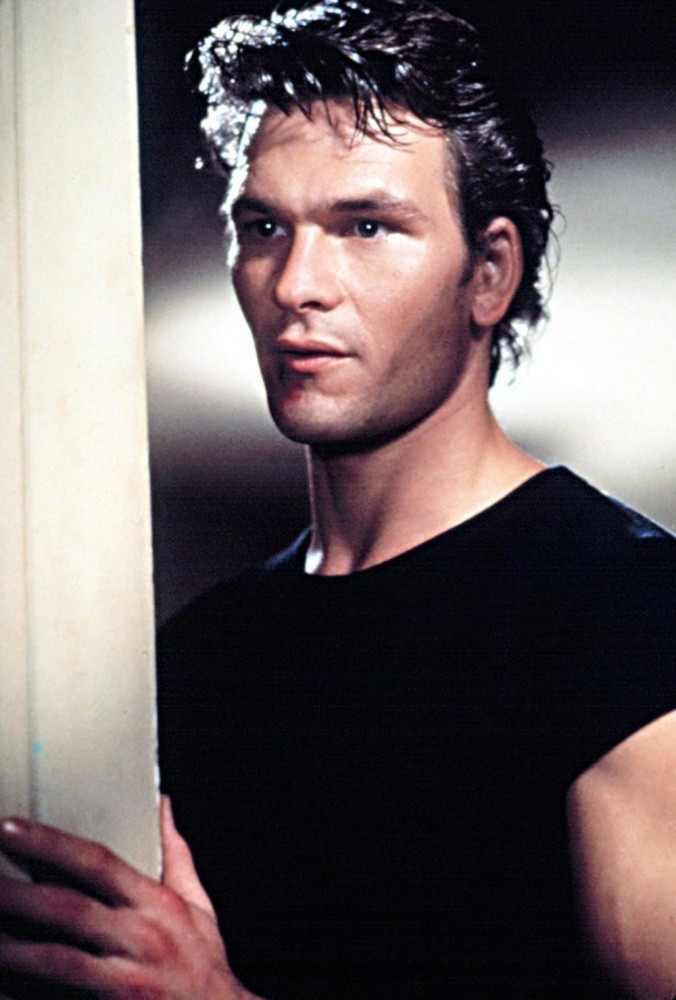 In the following text, I will tell you the life story of Patrick Swayze!

Patrick Swayze was born on August 18, 1952, in Houston, as the second child of Pasty Yvonne Helen and Jesse Wine Swayze. His mother was a choreographer, dance instructor and director of a ballet school, and his father was an engineering cartoonist. Patrick was raised as a Roman Catholic, and from an early age his mother enrolled him in ballet and set out to teach him. Although he developed a love for ballet from an early age, although his peers at school constantly teased him for doing this dance, which they considered to be female, he did not pay much attention. 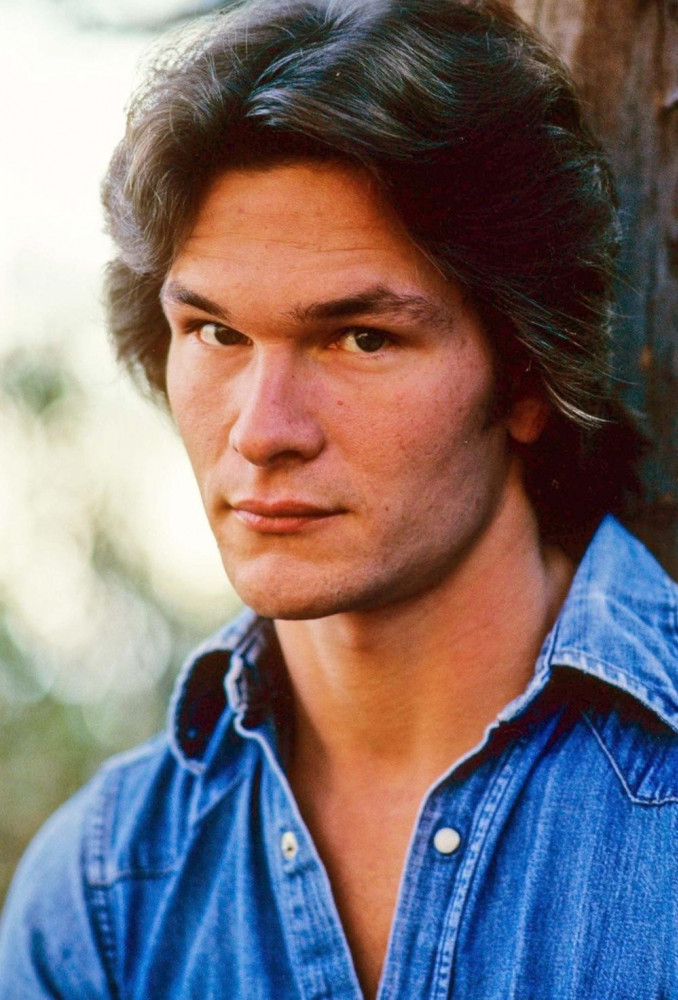 When he enrolled in high school, Patrick started playing other sports, such as swimming and football. He was an excellent student and proved to be great in sports, so he could choose which scholarship to receive. He was offered a scholarship for gymnastics and dance, but in the end he decided to pursue gymnastics and enrolled at the University of Houston, which he later left, so that he could achieve in dance. He didn’t even dream of being an actor then. He joined a dance group with which he traveled around the United States and that’s how it all started.

Patrick danced until he injured his knee during one performance. The injury was so serious that he had to go for surgery, which automatically meant that he most likely ended his professional career in dance. In 1976, Patrick realized that he would no longer be able to build a career in dance and decided to become an actor. He first started performing at a local theater. He worked on himself for three years and every night on the boards that mean life, he did his best and over time, his performances became one of the most visited.

After that, he got the opportunity to perform in Hollywood. He first got a role in low-budget films that did not experience great success, so Patrick remained in the shadow of the already well-established Hollywood actors.

He got his first prominent role in 1987, when he got the role of John Castle in the cult American musical film “Dirty Dancing”. Next to him, the main role was played by Jennifer Gray, and the film was a huge success and gained cult status. 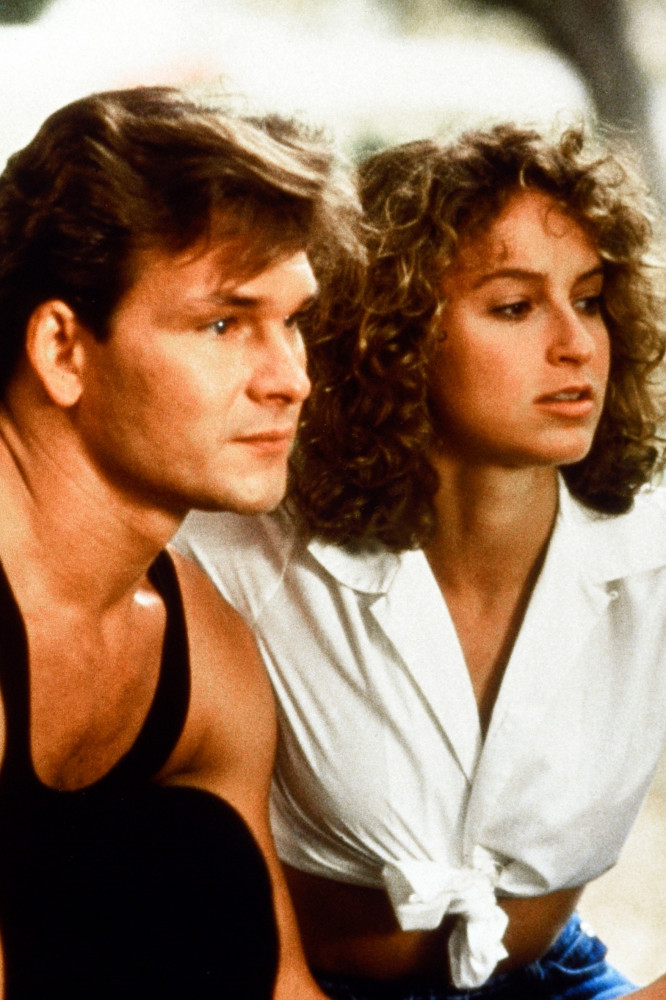 It is interesting that Patrick got this role, because he danced great, and before him, the role was offered to Val Kilmer, who refused it, while Billy Zane did not get it, because he did not know how to play well.

In the early 1990s, the American film “Ghost” was released, in which Swayze shared the screen with Whoopi Goldberg and Demi Moore. The film was critically acclaimed, and was a huge commercial success, earning over five hundred million US dollars across the world’s box office.

Swayze then became a planetary popular actor who experienced immense popularity. In the nineties, he continued with a series of successful films, the most famous of which are “Point Break” and “Father Hood”.

Swayze’s good knowledge of dance helped him get roles, and mostly the characters he played had something to do with dance. Although at the beginning of his career he mostly acted in romantic films, later he started to get roles in somewhat more demanding thrillers. 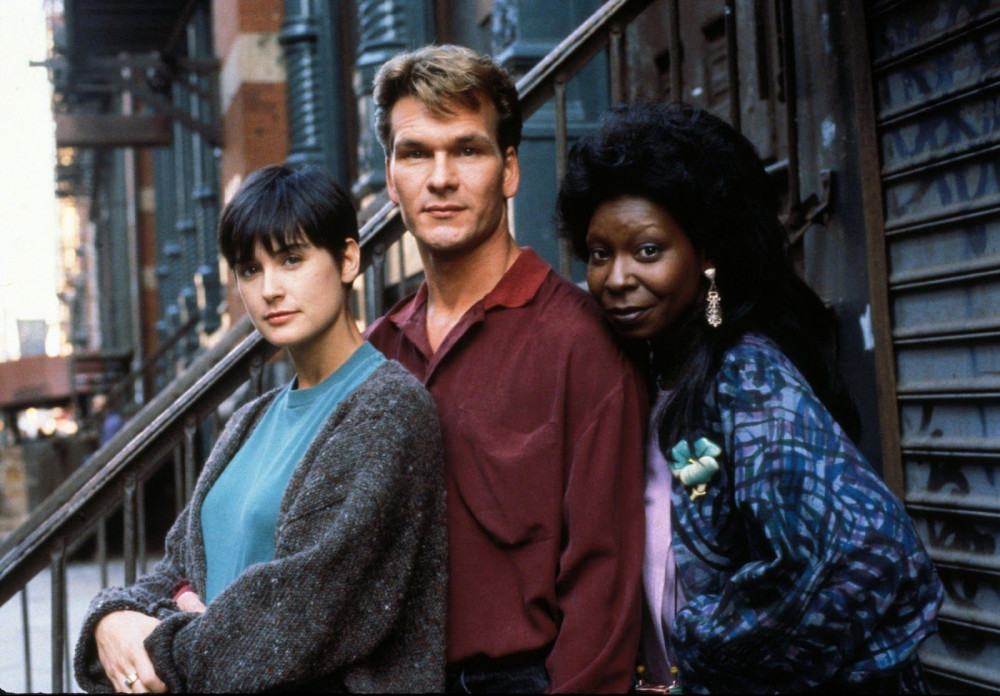 In 1994, he fell into a crisis when his sister killed herself. Unable to cope with everything that happened, he indulged in alcohol. In the same year, he went to rehabilitation for the first time so that he could continue acting.

The last film he recorded in the 1990s was “Black Dog”, which premiered in 1998, in which he played the character of Jerry Cruz. It was in those years that Swayze started drinking again and had major problems with alcohol, which is why he did not make movies for two years. He also applied for clinical rehabilitation in one center in order to overcome the crisis.

The first film he made after coming from rehab was “Forever Lulu” where his partner was the great Melanie Grit, and after that, he got a role in a science fiction drama called “Donnie Darko”, in which he had a supporting role.

Patrick Swayze married Lisa Niemi on June 12, 1975, and spent 34 years with her. The couple met in 1970 when Patrick was just 18 years old. Niemi, 14 years older than Swayze, took dance classes from his mother.

In an interview given by the famous actor in 2008, he said about his wife: 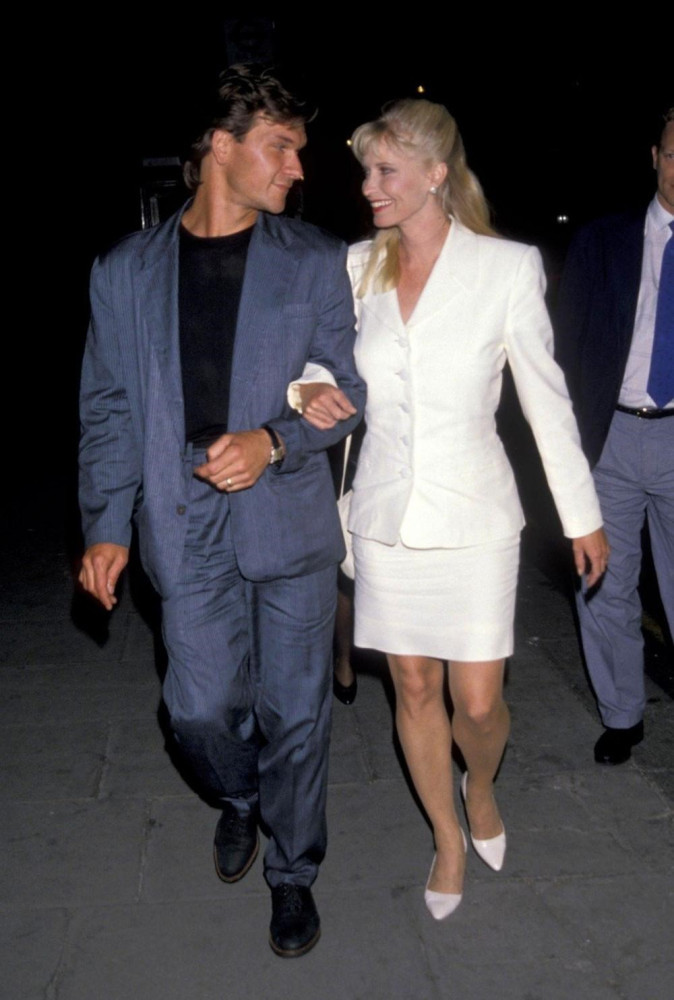 In 1989, for one newspaper, he honestly told something more about the dark side of his personality.

“I always felt somehow different, but I was afraid to look deeper. I was afraid of what I would find. That’s why I started studying Buddhism, went to psychotherapy, went into Scientology and practiced meditations. I tried to support that. “But you know, it doesn’t exist in Texas.”

More was learned about his relationship with his wife in the days of his illness.

Patrick was allegedly under house arrest, and his wife Lisa Niemi, who was violent and cheating on him, let him die in the worst torments, dirt and pain.

These shocking accusations were made by one of the closest friends of the “Dirty Dancing” star.

Swayze died in 2009 at the age of 57 after a battle with pancreatic cancer. The situation was aggravated for him in the last months of his life by his wife Lisa, who allowed the actor to drop to only about 40 kilograms, and even forbade his mother and friends to visit him.

“He loved her with all his heart, but it was really a bond of love and hate. She would beat him, and he would beat the walls and the furniture. They argued, and they knew how to destroy hotel rooms, cars… It was a violent relationship.” said a friend who accuses Patrick’s widow of neglecting her husband.

By the way, whenever he could, his brother Don took care of Patrick, but when he wasn’t there, everything was left to Lisa.

“Lisa wouldn’t be here for hours, and when Don came, he would find his brother lying in his urine and feces, because he couldn’t get up on his own,” the friend added.

Patrick’s childhood friend, Charlotte Stevens, said that she persuaded the actor to leave the wife he married in 1975,, if for no other reason, then because of strong scandals that both family and friends knew about. 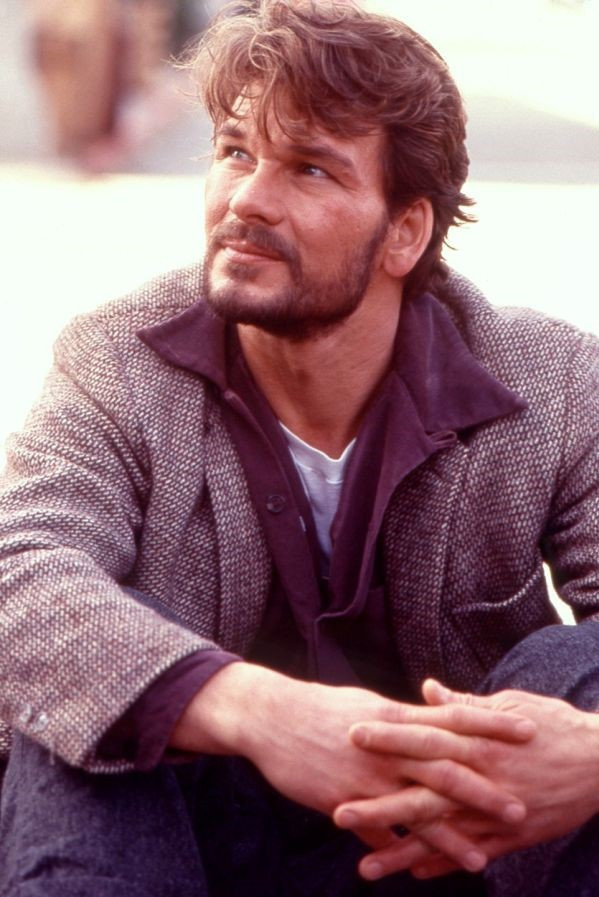 Two months before Patrick’s death, Lisa, who is 62 years old today and remarried, left the family speechless when she forbade everyone to see and visit the actor, including his mother Patsy.

During that period, Swayze signed a will in which he left his entire fortune of 40 million dollars to Niemi.

In January 2008, after being ill for a long time, Swayze went for examinations where he was diagnosed with pancreatic cancer. Unfortunately, a bad lifestyle in which he smoked a lot and was treated several times for alcoholism, led to the actor eventually getting a severe form of cancer.

When he was diagnosed with the disease, he stated: “I am scared and angry because of the diagnosis. You can bet I’ll go through hell. I believe that everyone thought I had gone astray and that they expected me to retire from work… Am I dying? Am I giving up? Am I on my deathbed? Am I saying goodbye to friends and family? No way! I dream of the future, of a long and healthy life, not in the shadow of cancer, but in the light”!

He immediately started chemotherapy, which was quite exhausting, and in addition to that, he also went to radiotherapy. He did not want to give in to illness and fought by all means. Although the disease exhausted him a lot, while he was going to therapy, he accepted the main role in the TV series “Beast” and went to the filming where he did his best not to be noticed in how bad his condition was.

At the same time, coming home from work, he wrote memoirs with his surplus Lisa. Patrick died on September 14, 2009. He bravely fought the disease for a full 20 months, but unfortunately, the disease had progressed and despite the great struggle and the efforts of the doctor, there was no cure.

At the time of his death, he weighed only 40 kilograms, which shows how exhausted he was by this disease.

Many celebrities paid tribute to the great actor, and actress Jennifer Gray, on the occasion of his death, said: “Patrick was a rare and beautiful combination of raw masculinity and incredible elegance. Beautiful and strong, he was a true cowboy with a tender heart. He was fearless and always filmed dangerous scenes, so I was not surprised that he fought cancer so bravely and with dignity”. 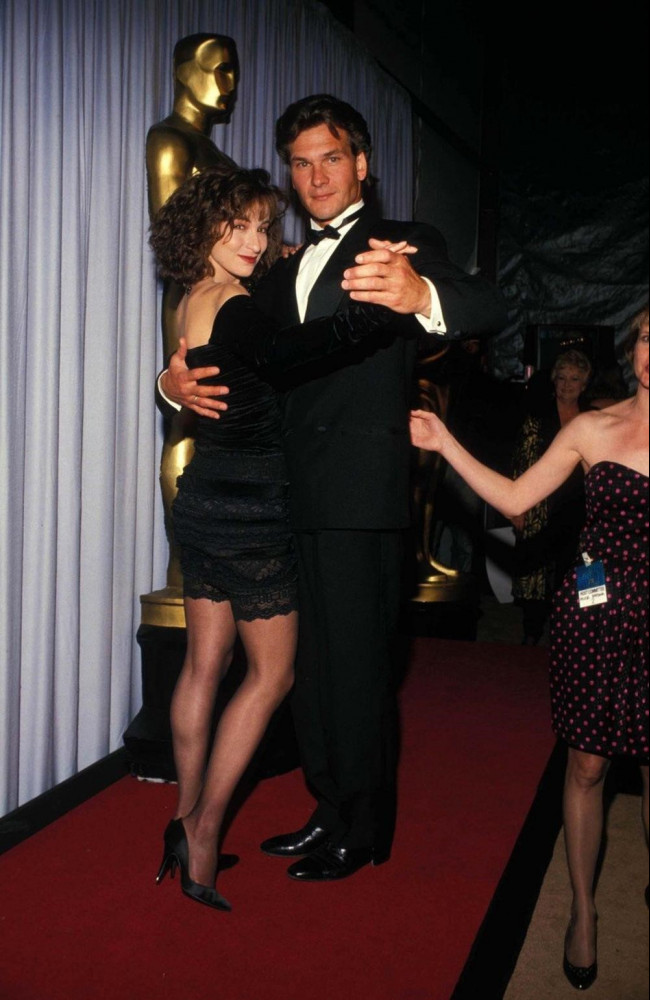 I hope you liked the biography of Patrick Swayze?