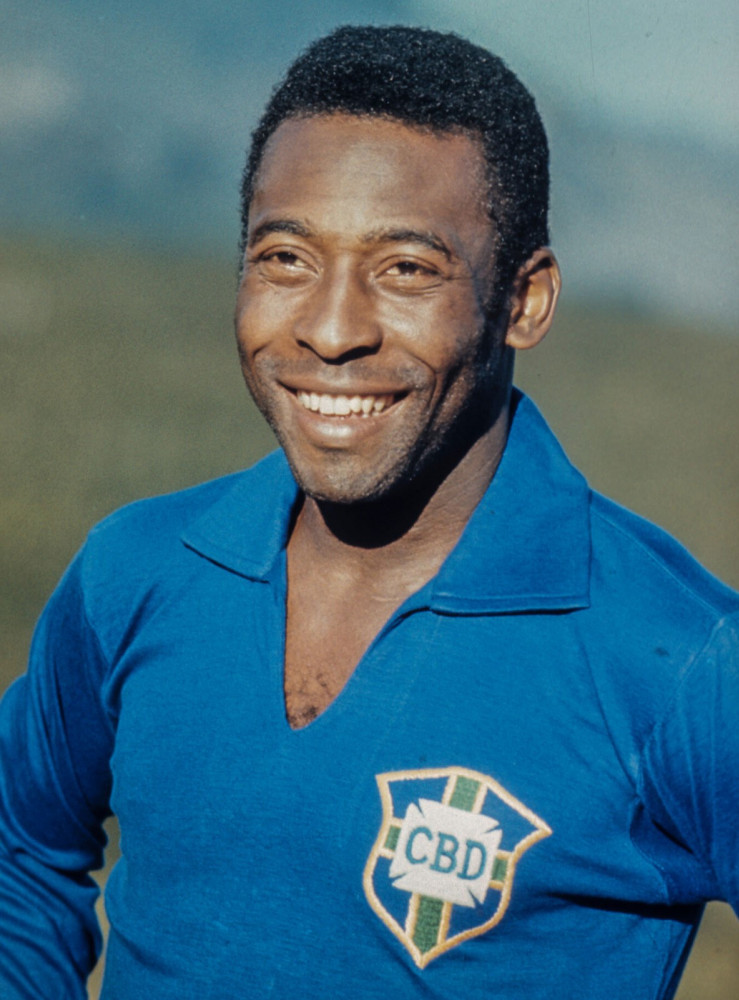 When in Sao Paulo, as a boy, he ran after an improvised ball made of old socks, the legendary Pele could not even imagine how much trace he would leave in world football.

This is the life story of Pele, the best football player in the world of all time!

Edson Arantes do Nascimento, who would later become known as Pele, was born on October 23, 1940, in Três Corações, Brazil. And from that day on, the path leading to the world football revival begins.

He dreamed of becoming a footballer, going through various life obstacles, but he probably did not imagine how much influence this boy from Brazil will have on world football and how he will actually present to the world a new dimension with which football deserves to be epithet “wonderful games”.

The sock ball was his “best friend”!

João Ramos, better known as “Dondinho”, a former football player whose career ended brutally, and Edson was named after the American inventor Thomas Edison (see also: The power of the mind – Thomas Edison). He grew up in Bauru’s poverty in Sao Paulo, and since childhood he has been earning money working in a tea shop.

The father, who played for several smaller Brazilian clubs, in his first appearance for Atletico Mineiro, was severely injured and perhaps his great career was halted on the first step. He returned to Bauru, where after his recovery he played for a club from the city, but he passed on his knowledge to little Edson – Pele. 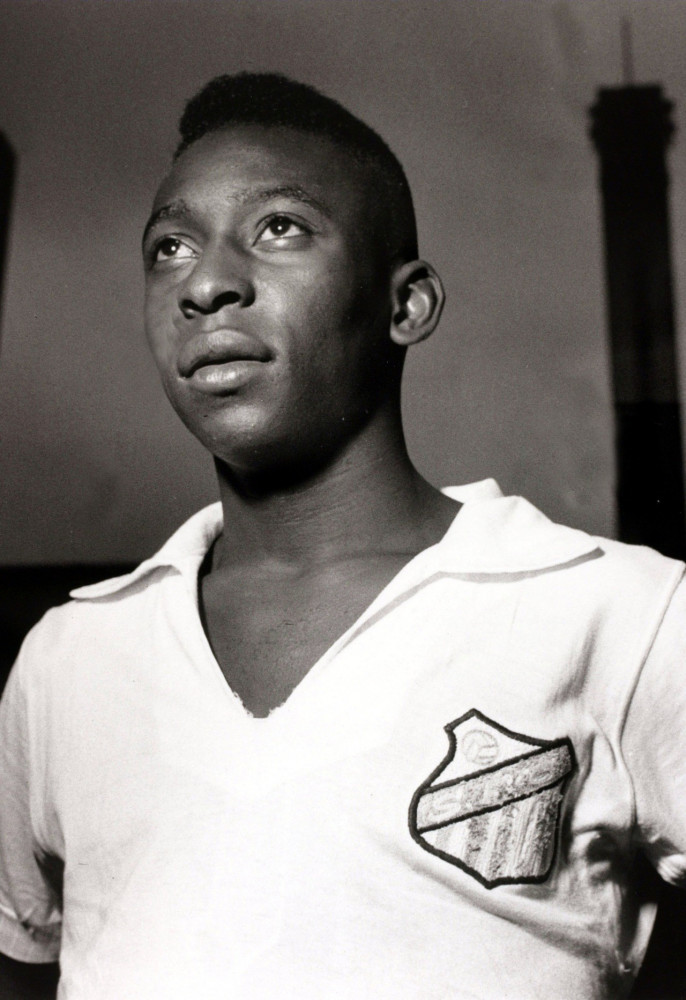 Why Pele? According to the stories, Pele’s favorite player was the goalkeeper Vasco da Game Bile, and Edson could not pronounce that name correctly, so he was remembered as – Pele.

He didn’t know then that the name in Hebrew meant a miracle – exactly what he made of football. While many coaches of big football today forbid children to play futsal so as not to injure themselves, one of the best ever, he made his first football steps in indoor soccer.

Pele later thanked him for small football, because he learned to be great in a small space there, and as he has always played with people older than himself, he has become quite strong.

“This little one will be the best ever”!

When he had time, he played for several amateur clubs in Bauru. He helped his father, who got a job as a cleaner in the hospital, and when he caught his free time, he spent it with the ball – improvised or the right one. From futsal, he reached the local club Bauru, whose juniors he led to two titles of the champion of Sao Paulo, and they were coached by Valdemar de Brito, a man who believed that Pele would become the best football player in the world.

In 1956, Brito took Pele to a rehearsal in Santos and immediately told the directors about his prediction, and Edson delighted the authorities and ended up at the age of 15 in the Brazilian giants, scored the first goal. A year later, at the age of 16, Pele was an indispensable part of the Santos senior team, and that season he became the league’s top scorer. 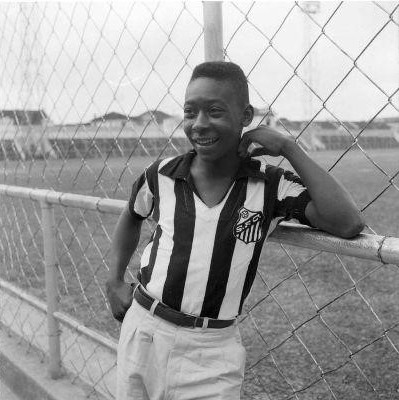 In June of the same year, he made his debut in the Brazil jersey in the defeat against Argentina (2-1) at Maracana. Even today, he is the youngest scorer in Brazil with the goal he scored in that game – he was 16 years, eight months and 14 days old!

A year later, he won the first title with Santos, and that season he scored a total of 58 goals, which is still the record of the Brazilian league. That year, the world met Pele at the World Cup in Sweden, where he arrived with an injured knee. He should have been left out of the team, but his teammates insisted on his stay. He is the youngest player to ever play in the World Cups.

He played for the first time in Sweden against the USSR (2-0), and in the semifinals against France (5-2) he also scored a “hat trick” (goal three times in a row). He set another record as the youngest player in the history of the World Cup at the age of 17 years and 249 days, and he also scored two goals in a 5-2 victory against Sweden in the middle of Stockholm. After the match, Pele fainted, but his teammate Garrincha quickly “brought him back to life” and they celebrated the title of world champion. 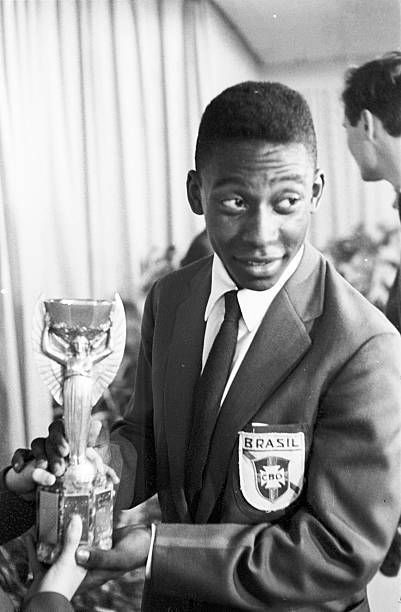 He wore the “top ten” for the first time, and after the championship he was awarded the Silver Ball as the second best player in the World Cup.

Half of Europe was looking for him, but the “national treasure” remained in Brazil!

Real Madrid, Juventus, Manchester United wanted him, and Milan’s Inter managed to agree to move to Europe in principle, but that caused revolt among Santos fans, so Moratthi had to stop everything at the request of President Santos. In 1959, Pele failed to secure the title with Santos, and a year later, they returned to the throne and won the Tacu Brasil, qualifying for the Copa Libertadores.

The most successful at the Copa Libertadores were the Santos players in 1962, when they celebrated against Penarol in the final, and Pele scored two goals. That year, Pele was already celebrated as the best football player in the world, and he was injured against Czechoslovakia in the group stage and did not play until the end of the championship, but Brazil won the World Cup against Czechoslovakia (3-1).

Santos also won the Copa Libertadores in 1963, and the Brazilian Campeonato Series A, 62, 63, 64 and 65, and Pele was the main backbone of the team. But, only then did a new trip to Europe with Brazil follow, on the feet of the English – on their field. Meanwhile, the Brazilian prime minister called it a “national treasure”.

Pele came as a big star, Brazil as one of the favorites to win the title, and they were eliminated. They beat Bulgaria 2-0, Pele scored the first goal, but then lost to Hungary 3-1 and Portugal with the same result (3-1). In the match against Portugal, he was injured by a football player, but he did not receive a red card, and that mistake was declared one of the biggest in the history of the World Cup. As substitutions were not allowed, Pele had to play until the end of the game. After that, he said that he would never play at the World Cup again, but he also went beyond his word.

He broke his word and played in the 1970 World Cup! 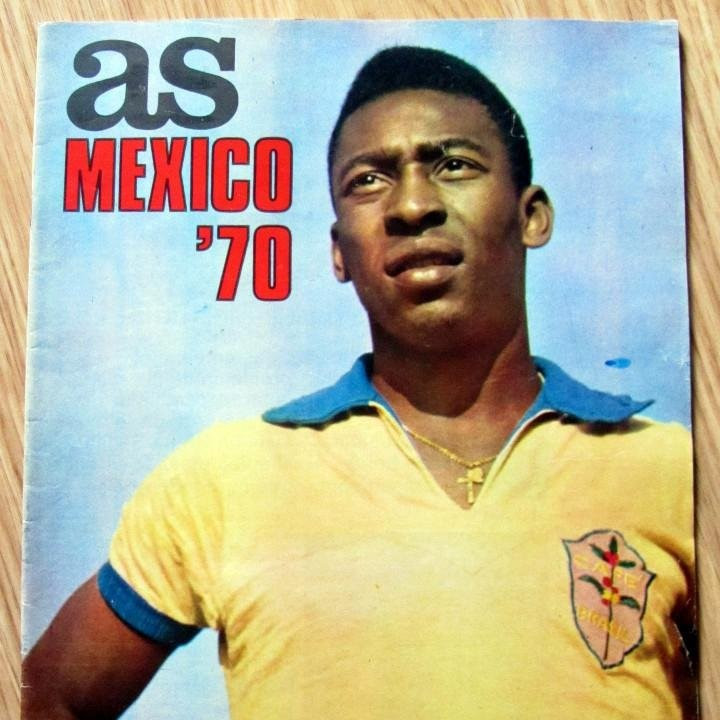 He refused invitations to the national team after that match, but still returned. It was his last World Cup, in nearby Mexico. Brazil beat Czechoslovakia (4-1), England (1-0) and Romania (3-2) in the group stage, followed by Peru in the quarterfinals (4-2), Uruguay in the semifinals (3-1) and Italy in the final. (4-1).

Thus, he won his third World Cup with Brazil, and played his last game in the national team jersey against Yugoslavia (2-2), on July 18, 1971. Three years later, Pele left Santos and moved to the US New York Cosmos, although he occasionally he knew he was playing a game for Santos. With them, he won the title of champion in 1977. He ended his career in 1977 in a friendly match between Cosmos and Santos.

After his career, he became a role model for many football players around the world, and even then his health problems began. They had to remove his right kidney. He also became a UNESCO Goodwill Ambassador, published an autobiography, acted in several films, and one was made about his life. 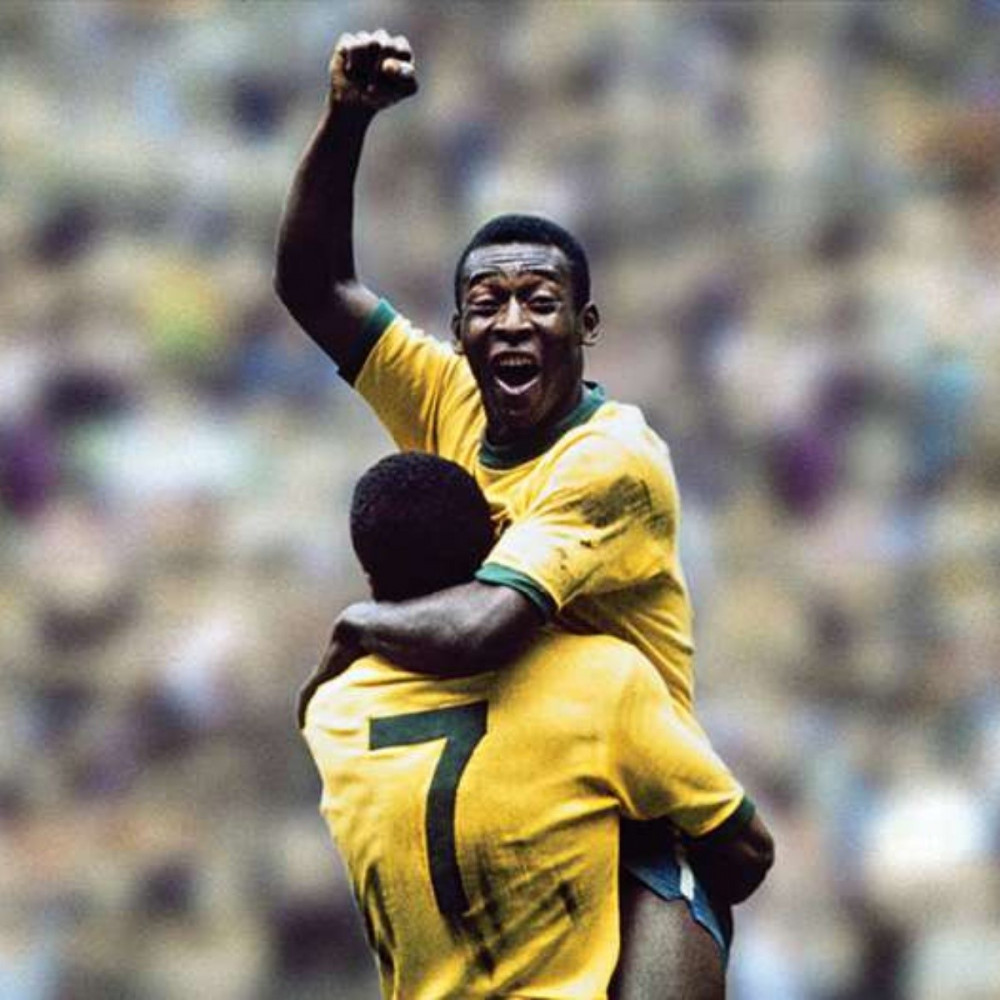 As it is always hot on the Argentina-Brazil route, and especially on sports arenas, so there was a quarrel on the Pele-Maradona route. One of the best Argentine footballers ever against the best Brazilian player of all time. Pele called the Argentine not a good example for young people for taking drugs, and Maradona did not hesitate to retaliate.

“What do you want me to say? He lost his virginity with a man”, Maradona once said of Pele.

But Pele denied all accusations in his autobiography, saying he did not have sex with a man presumed to have been his coach. However, at least for the public, Pele and Maradona smoothed out the problem, so they appeared together several times at various events, shook hands and took photos as if nothing had happened.

He ended up in a wheelchair

Time cannot be stopped, and after he lost his kidneys in 1977, Pele underwent hip surgery in 2012. That operation gave him big problems.

“His bones are fragile. He replaced his hip and did not have adequate rehabilitation, so he has problems with movement. All that threw him into depression. He is a king, he has always been such a recognizable figure, and today he cannot walk,” he said. Pellet’s son Edinho for the Brazilian television “Globo”. 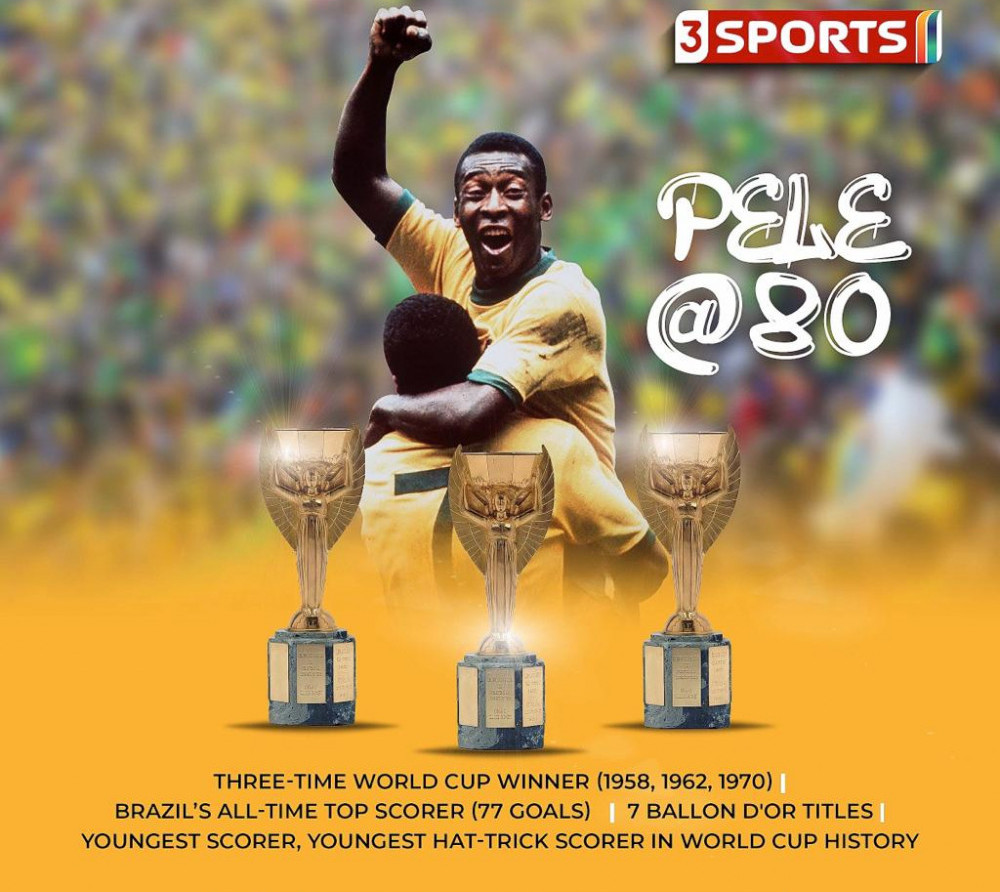 He used to be the best football player in the world, he wore the Brazilian national team and his Santos, he built a great name and became an eternal icon. Today, Pele comes out of the apartment only in a wheelchair and with someone’s help, his age has reached him, and he is having a hard time living through it.

The father and son quarreled a lot, because the Brazilian legend did not do the rehabilitation completely after the hip surgery. He won three World Cups in his career, and this summer he celebrated the 50th anniversary of winning the third World Cup. 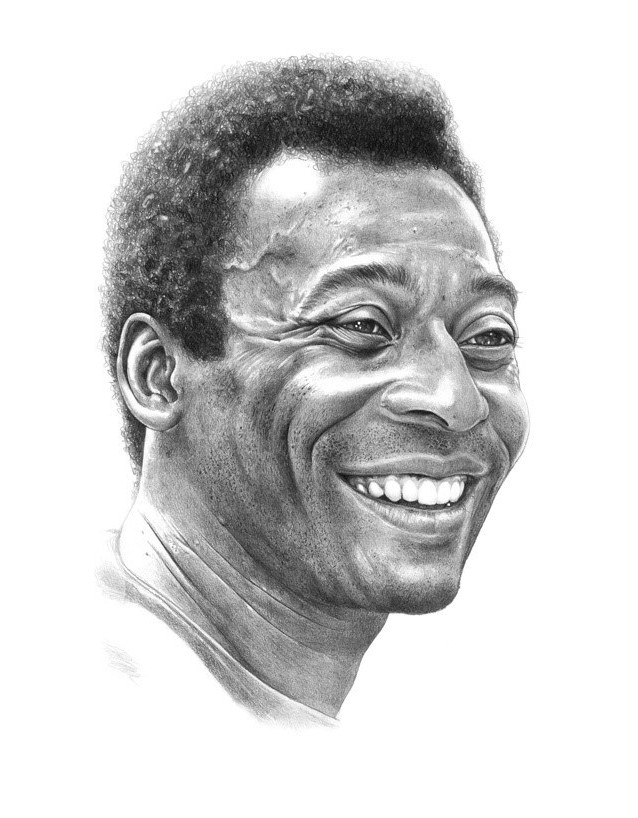 I hope you liked the biography of Pele?