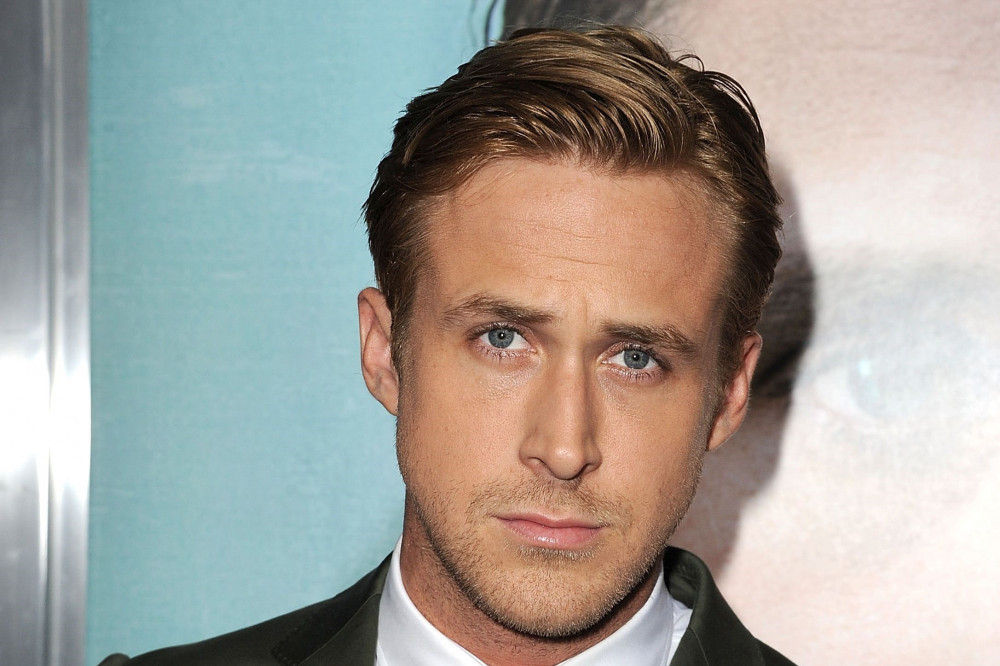 One of the most beloved actors of today!

This is the life story of Ryan Gosling!

Ryan Thomas Gosling was born on November 12, 1980, in Ontario. Ryan is a famous Hollywood actor, but also a musician. He started acting as a boy, first in the Disney Channel series “Mickey Mouse Club”, and then in several family series. He had his first role in the film “The Believer” in 2001. when he masterfully played a neo-nazi Jew. After that role, Hollywood began to notice Gosling and offer him roles alongside some of the biggest stars such as Sandra Bullock and Anthony Hopkins.

However, he became known to the public only in 2004, when, in addition to Rachel McAdams, he starred in the film “Notebook”, for which he was awarded four prizes.

This was followed by roles in which he played with famous actors in equally great films. He tried his hand at SF films, but also real ones. The role of Dean, a tired husband in the movie “Blue Valentine”, brought him a nomination for the “Golden Globe”. His partner in that film was the great Michelle Williams.

He is one of the founders and members of the music group “Dead Man’s Bones”, which released his first and, so far, only album, in 2009. He is a co-owner of a Moroccan restaurant in Beverly Hills. He publicly supports several humanitarian non-profit organizations. He traveled to Chad, Uganda, and eastern Congo to draw public attention to the conflicts in those countries. 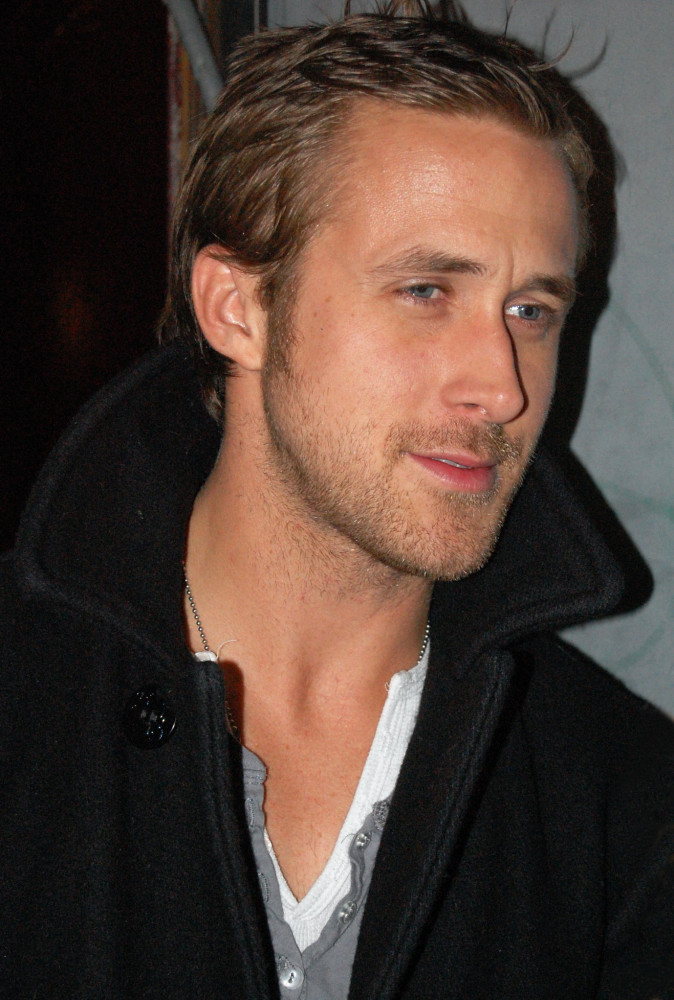 Ryan Thomas Gosling was born in the city of London, in the Canadian province of Ontario to a Mormon family. Father Thomas was commercialism in a paper factory, and mother Donna is a high school teacher. Due to the nature of Thomas Gosling’s business, the family moved frequently, so Ryan lived in Cornwall and Burlington for a time. Religion, according to Gosling, had a strong influence on all aspects of their lives. After their parents divorced, Ryan and his older sister Mandy lived with their mother. Gosling believes that living with his mother, he learned to think “like women”.

He attended Gladstone State School and Lester B. Pearson High School. He was abused in elementary school, which was reflected in his behavior. In the first grade, under the impression of the movie “Rambo”, he came to school with a bag full of kitchen knives and shot other students with them during the holidays, after which he was expelled from school. He had dyslexia (reading difficulties) and was diagnosed with hyperkinetic disorder, so he spent some time in the department for children with special needs. After that, his mother left his job and taught him at home for a year. Gosling later stated that it brought him a sense of independence. 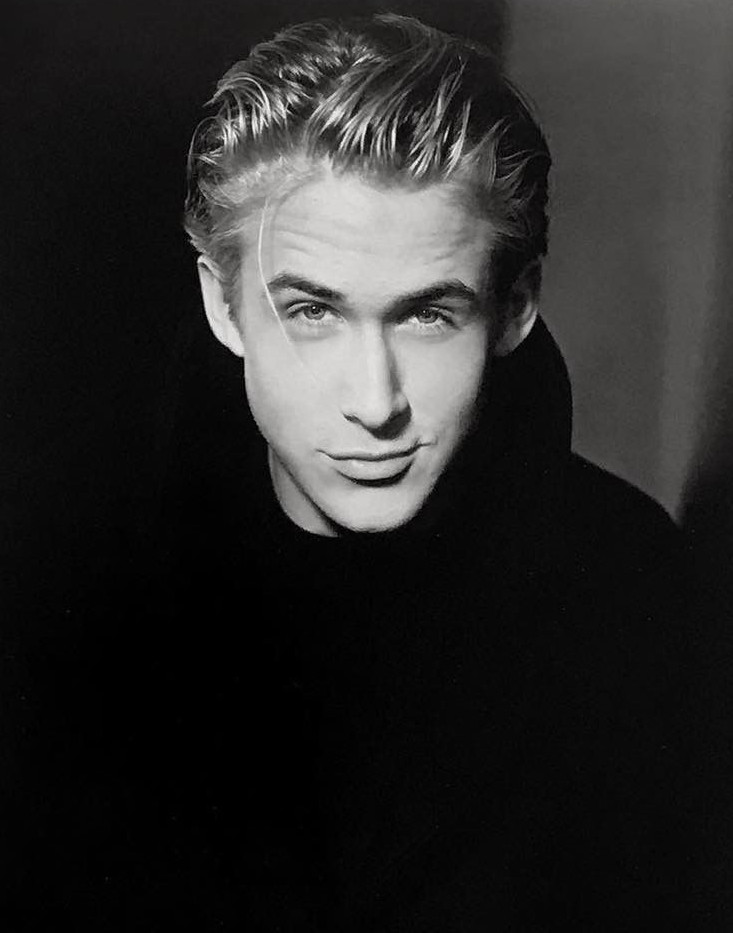 From an early age, he performed in front of an audience. He sang at weddings with his sister, performed with his uncle’s group called “Elvis Perry”, in honor of Elvis Presley, whose repertoire they performed, and was a member of the local ballet troupe. His performances were praised by everyone, which gave him confidence. Considering that the Canadian accent does not sound “firm” enough, he adopted a specific excuse modeled on Marlon Brand. At the age of seventeen, he dropped out of high school and moved to Los Angeles to pursue an acting career.

As a nineteen-year-old, Gosling decided to make a “serious” film, in order to avoid the stereotype that he could only act in children’s and family films. After a supporting role in the football drama “Memory of the Titans”, in 2001 he got the main role of a young neo-nazi Jew in the movie “The Believer”.

Director Henry Bean, in his own words, chose Gosling because he grew up in a Mormon family, a relatively isolated community, so he could understand the isolation of Jews. Kevin Thomas of the Los Angeles Times praised his “electrifying and frighteningly convincing acting”, while Todd McCarthy of Variety magazine noted that “his explosive acting couldn’t be better.”

The film won the Grand Jury Prize at the Sundance Festival, but due to a controversial topic, regular cinema distribution was difficult, so it was shown on the cable TV station “Showtime”. The budget of the film was 1,500,000 dollars, but the film earned only 416,925 dollars. Gosling believes that the film was a turning point in his career. 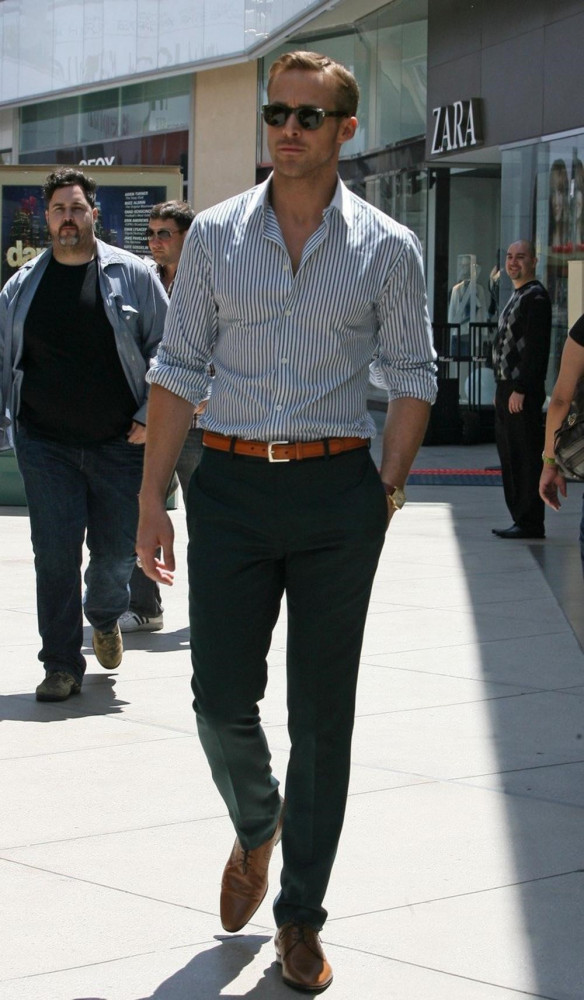 In the 2002 film “Murder by Items,” Gosling and Michael Pete played two high school students convinced they could commit the perfect murder. The star of the film was Sandra Bullock in the role of a detective in charge of investigating a crime. In Entertainment Weekly, Lisa Schwarzbaum described Gosling as “a phenomenal talent that comes to the fore even in such a bad film”, while Todd McCarthy from “Variety” had the impression that the “script betrayed strong and charismatic” young actors. The budget of the film was 50,000,000 dollars, and the earnings at the box office were around 56,000,000 dollars. In the same year, Gosling starred in the independent film “The Slaughter Rule”, which explores the relationship between a high school student who plays football and his troubled coach, and the plot is set in Montana. Gosling later stated that, by collaborating with David Morse, he became a “better actor”. The film critic of the New York Times described Gosling as “material for a big star”, who has “the rawness and strength of young Matt Dillon”. The critic of the “Los Angeles Times” was delighted with Gosling’s “raw talent”. The film was shown in only three American cinemas, earning $13,411!

After a three-year absence from the big screen, Gosling played five main roles in films made in 2010 and 2011. “I have never had more energy, “he said”. Making films excites me much more than before. I used to be afraid of all that and it was a stressful and emotional experience for me. But I found a way to have fun while doing it. And it seems to me that this can be seen in the movies. “He also said that he feels depressed when he is not filming.

In 2011, Gosling starred in three completely different films of top Hollywood production. In the romantic comedy “Crazy, Stupid, Love”, he starred with Steve Carell and Emma Stone. In order to better prepare for the role of a sweet-spoken womanizer, he attended cocktail classes at a bar in Los Angeles. The critic of the “Washington Post” noticed that his “seductive and dominant presence, leads to the conclusion that we may have got the successor of George Clooney”. 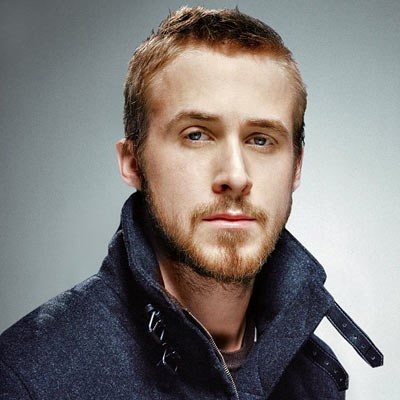 Ryan Gosling lives in New York. He is a co-owner of a Moroccan restaurant located in Beverly Hills, California. He bought the restaurant unplanned at the request of a friend whose cousin, the previous owner, had to sell it in a short period. As he did not have much work at that time, he spent all his money on shopping, which is why, in order to save money, I had to renovate it. He worked in a restaurant for a year, and now oversees the formation of the menu and occasionally helps out as a waiter.

Gosling was in a relationship with Sandra Bullock for a year, from 2002 to 2003. From mid-2005. to mid-2007, he dated Canadian actress Rachel McAdams. They briefly became close again in the summer of 2008. In an interview he gave after breaking up with McAdams, Gosling said she was one of the great loves in his life. But not everything was so easy in the beginning.

The story of the forbidden romance between a poor worker and a young rich woman first won over women around the world, and the screenplay for the film directed by Nick Cassavetes was based on a literary proposal by Nicholas Sparks.

The main plot of the film “Notebook” cannot be called innovative, but what knocked many off their feet was the chemistry between the main actors.

Ryan Gosling and Rachel McAdams played the characters of (un) happy lovers Noah Calhoun and Ali Hamilton. Ryan and Rachel couldn’t stand each other at the beginning of the filming, and their quarrels on the set culminated on the eve of the filming of a big stage with more than 150 extras.

He came up to me and called me aside. He was supposed to film a scene with Rachel and he told me, “Can you get her out of here and bring in another actress? I just can’t work with her”, the film’s director said in an interview. 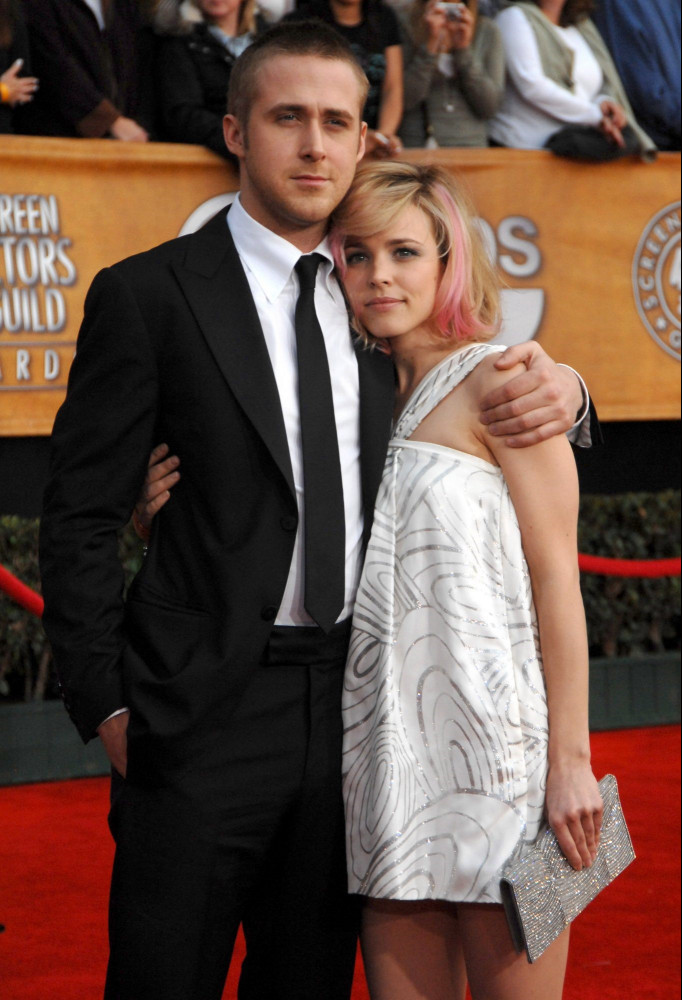 Instead of replacing the main actress, he found a way to reconcile the stars of the film. We went into one room together with the producer, and the two of them started shouting at each other. I went outside. I lit a cigarette, and then they came out and said, “Okay, now let’s go to work”! After that, the situation was better, Cassavetes admitted.

The situation improved to the point that Ryan and Rachel eventually fell in love and were in a relationship until 2008. He even stated a few years later: “Rachel’s and my love story is a hundred times more romantic than the movie”.

He dated Kat Dennings in late 2009, Blake Lively in late 2010, and Olivia Wilde in early 2011. Since September 2011, he has been in a relationship with American actress and model Eva Mendes with whom she has two children and with whom she lives away from the public eye. 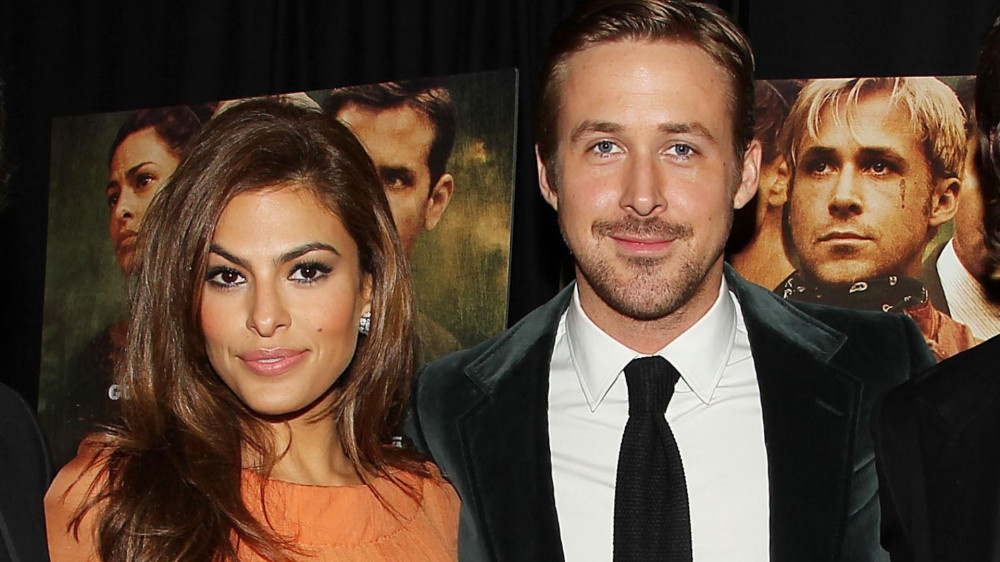 According to news published by the New York Post and Fox News, Ryan Gosling was arrested by Los Angeles police on March 17, 2005, for speeding. Gosling pleaded not guilty to a misdemeanor charge of “speeding”, although he was originally charged with “driving under the influence of alcohol with more than 8 per mile of blood alcohol and/or drugs”. For this offense, he was sentenced to two years probation and had to pay an $850 fine.

He collaborated with the animal protection association “PETA” in a campaign aimed at encouraging the chains of fast-food restaurants “McDonald’s” to introduce improved methods of slaughtering chickens in their factories. He volunteered in Biloxi, Mississippi, in 2005,, in a clean-up operation conducted after Hurricane Katrina. In the same year, he visited the Darfur refugee camps in Chad. He participated in the National Conference of the non-profit organization “Campus Progress” held in 2008, where he spoke about the problem of Darfur. As part of his collaboration with the Center for the Advancement of America on the “Enough” project, he visited Uganda in 2007 and Eastern Congo in 2010. 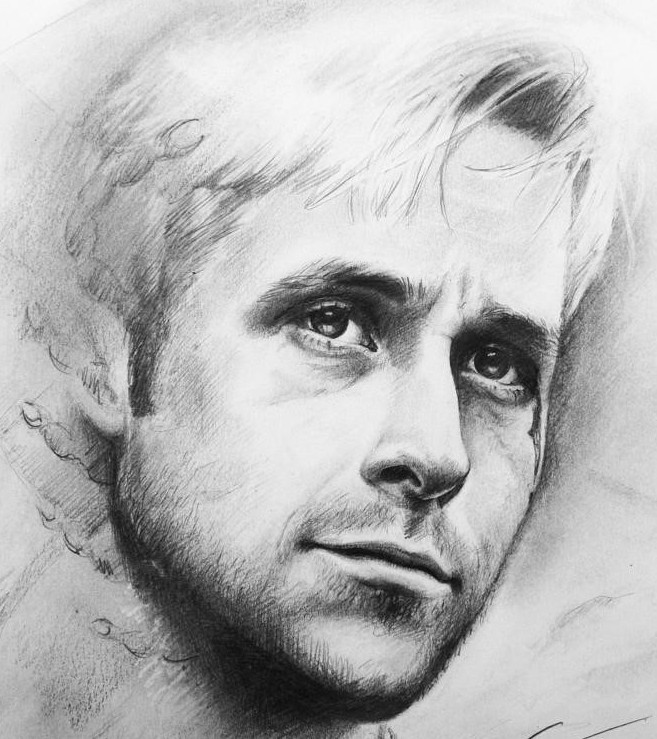