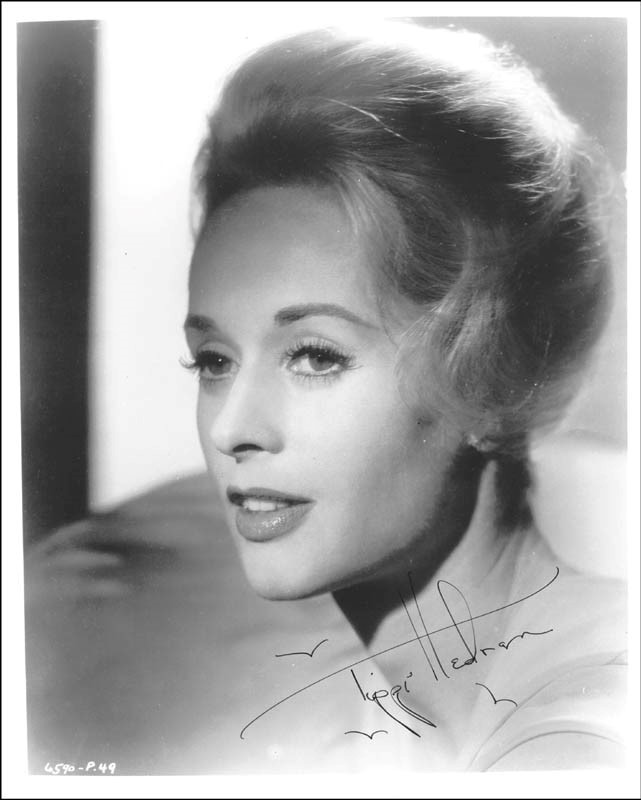 Tipi Hedren’s a life story is far from beautiful and only she knows what she went through in her career, which, as you will see below, could have been even better. Surely her biography would be more fulfilled and she would be a more satisfied woman!

Tippi said that the legendary director was sickly obsessed with her and that he mistreated and abused her because of that.

When he hired Hitchcock, Tippi was 31 years old, her modeling career was coming to an end, she was divorced and raising her 4-year-old daughter Melanie Griffith on her own.

Alfred Hitchcock called and offered her a contract and he didn’t care at all if the handsome blonde knew how to act. With his wife Alma, he helped her learn the trial text that the film studio “Universal” demanded to pass.

The day after, she filmed a scene in which she was attacked by birds while in the podium. Somehow a mechanical bird slammed into the glass and debris spilled all over her face. Tippi wondered for a long time if that was the way he punished her for rejecting him.

He once pushed her into a corner and asked her to touch him on the set, and his personal assistant constantly persuaded her to go for a drink or dinner with him. She refused all that and kept her distance during the entire filming.

This was followed by the filming of a scene in which she is attacked by birds while she is trapped in the bedroom. An assistant director came to her and said that the mechanical birds had broken down and that she would shoot the scene with real birds. She bravely entered the cage built in the bedroom and waited for the moment when wild birds would be let on her. 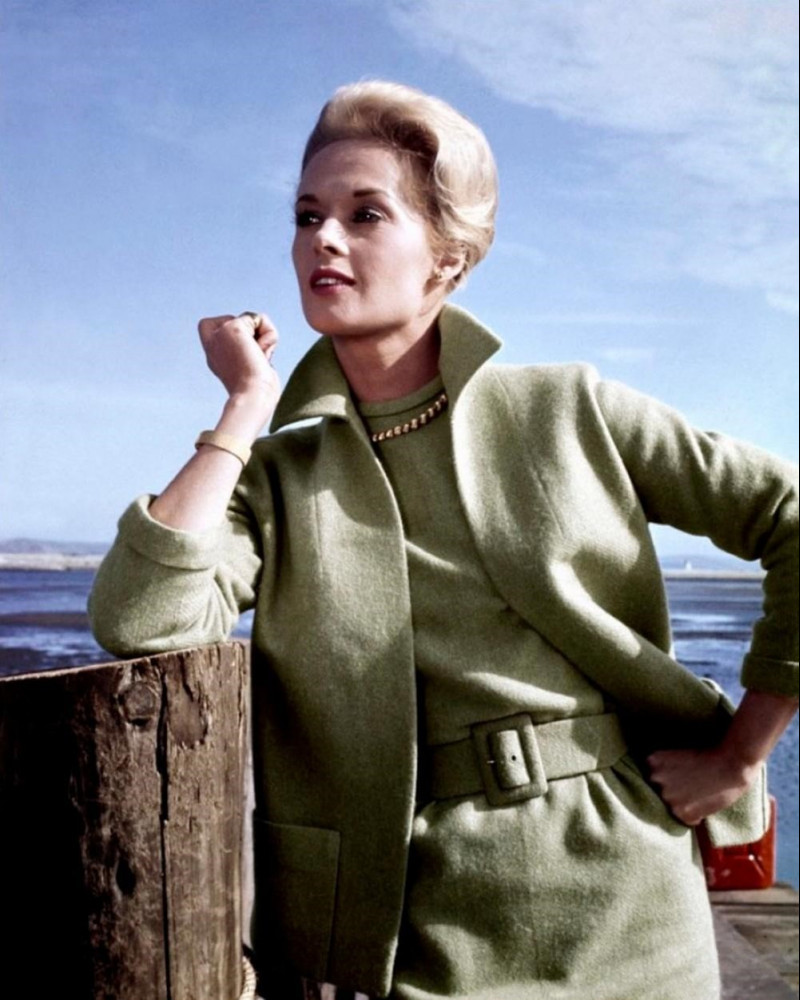 “It was ugly, brutal and ruthless”, she said.

After that, for some other scenes, they attached live birds to her body and even to her shoulder. One almost hurt her eye.

“I won’t anymore,” she shouted and cried at one point.

That time, they left her alone on the set, she barely returned home, and she fainted from shock and exhaustion all weekend. When she came back for filming on Monday, she fainted in the dressing room. She was under medical supervision for a week.

“Birds” became a hit, and that star.

The next project she had to do because of her two-year contract with Hitchcock was the film “Marni”, about a woman who experienced sexual trauma. Sean Connery played her boss who forced her into marriage and wants to face her pathological fear of men. On their first wedding night, he rapes her.

She is convinced that this film is the realization of Hitchcock’s fantasy about her. During the shooting of that film, he ordered a mask made according to Tipin’s face, although there was no need for that in the film at all. Her wardrobe was placed next to his office, and he could enter unnoticed through the back door.

He kept telling her how he wanted her, and once he declared his love for her. She ran away again.

She made him very angry and after a few days he called him to the office where he attacked.

“I don’t want to talk about it, but it was very perverse and traumatic,” the actress confessed.

The more she fought, the more aggressive he became. Then he told her: “I will ruin your career and you will not be able to support your daughter or your parents.”

That’s what happened. He blocked her Oscar nomination, cut off any possibility her possible collaboration with some other directors, and made sure she didn’t act anywhere else.

“He may have ruined my career, but he failed to ruin my life,” says a woman whose daughter is Melanie Griffith, and the granddaughter of “50 Shades of Gray” star Dakota Johnson. 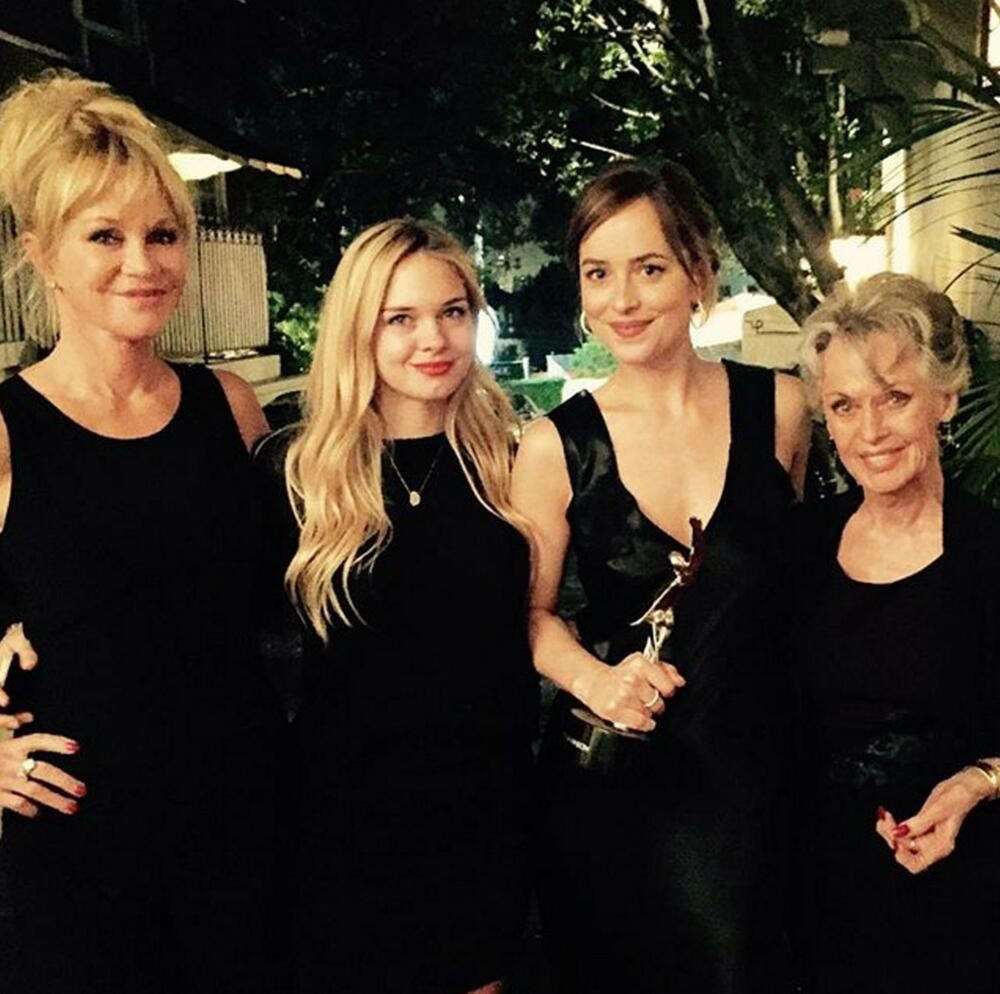 I hope you liked the biography of Tippi Hedren?